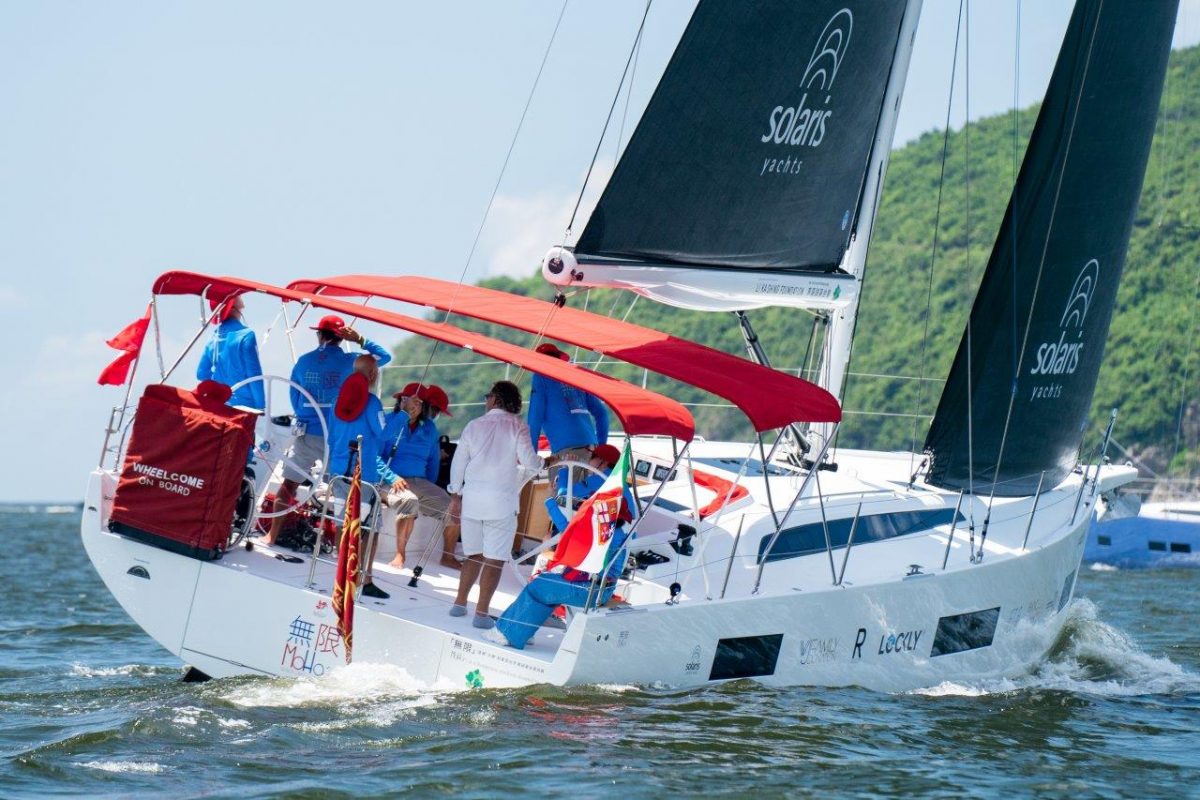 Sailors and volunteers aboard Mo Han

In 2009, Kay Rawbone devised a way to combine her passion for helping people with special needs and her husband Mike’s love for sailing into a perfectly synergised social movement at the Hebe Haven Yacht Club in Sai Kung.

Step forward to today, and Kay is still the CEO and co-founder of Sailability Hong Kong. The sailing charity recently received its first-ever sailing yacht, Mo Han, a Solaris 40 performance cruiser from the Li Ka Shing Foundation and has a fleet of 37 boats – many of which are up to Olympic racing standards. World Sailing, the global governing body for sports sailing, considers Sailability Hong Kong the flagship sailing charity in Asia, and the International Paralympic Committee has recommended new Sailability branches around the world look to Hong Kong as an example of how to operate.

The key to Sailability Hong Kong’s incredible success? According to Rawbone, it stems from her and her late husband’s genuine desire to change people’s lives through sailing, and a relentlessly positive attitude when dealing with potential donors and investors.

“Mike and I both have HR backgrounds, so we’ve always been ‘people-centric people’,” Rawbone explains. “But I think it’s the people we are – there’s no ego in Sailability. I will clean a boat; I will do anything. And it doesn’t matter who we’re with; we stay the same, and I think people can feel that. We have this attitude where if you lose funding there, it’s fine. You find it somewhere else.

“We have a genuine passion for helping people, and we hope it rubs off on people, and so far, it has,” she continues. “We’ve changed people’s lives and won’t stop thinking about what else we can do.”

Rawbone notes that Sailability has evolved from a mainly expat-centric charity to one whose volunteers and members are mostly Hong Kong locals from all different walks of life.

“We’re 97 per cent local now – and we still have some of our western kids who have grown into adults and work as volunteers, but we are very local in what we do. That’s what Mike and I wanted,” she says.

Mike sadly passed away two years ago, aged 75. With her children fully grown and working abroad, Rawbone says her Sailability family has supported her the same way she’s supported them throughout the years.

“I feel very fortunate to be here in Hong Kong, which I believe is a special place, doing what I’m doing, with all these amazing people,” she says.

“Some people aren’t comfortable around people with disabilities at first, but after spending time with them, you understand they aren’t any different from you or me. Sailability breaks down barriers.” – Kay Rawbone 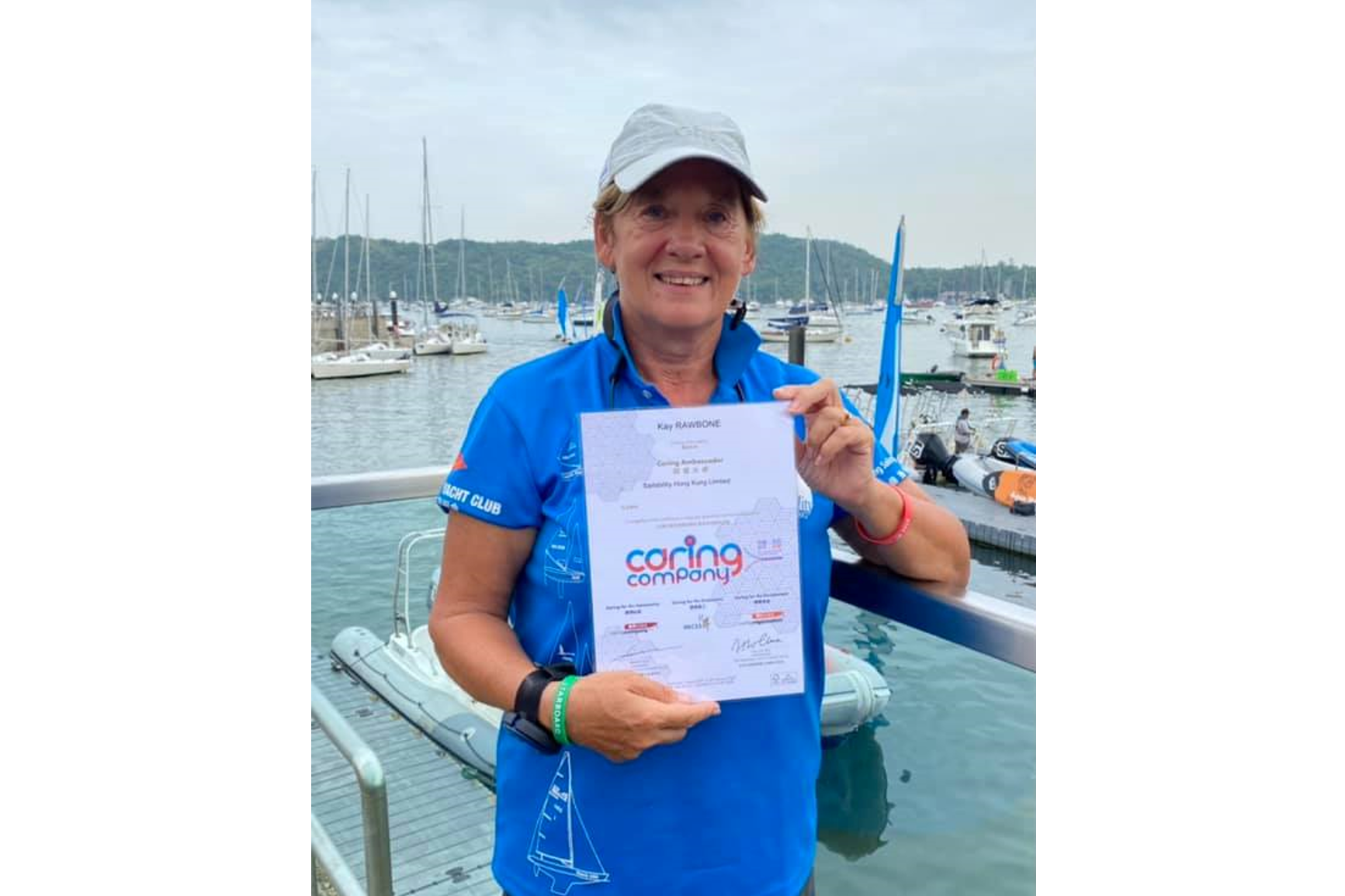 Why sailing is an ideal charity sport

While sailing is typically considered a luxury sport, it has also been one of the best charity sports because sailing is, as Rawbone refers to it, a ‘leveller’.

“You can be in the same boat and achieve the same outcome,” she explains. It’s showing what you can do against able-bodied people as well. It introduces self-confidence, good communication skills and allows you to use your brain. It’s wonderful, empowering, and for disadvantaged youths, it’s great for their parents to see that they can do that as well.”

In fact, many of Sailability’s youth sailors have gone on to compete and place highly not just in Paralympic competitions but against non-disabled people as well. This is because most of Sailability’s boats are designed to allow people with various disabilities to use the boats to their full capability.

“We give everyone a chance to sail – recently we teamed up with The Women’s Festival at Hebe Haven, and about 380 women got on the water, including some that were elderly, with disabilities, and they’re all locals,” Rawbone explains. “I think they just look at me as a local at this point, and it’s what Mike and I wanted.” 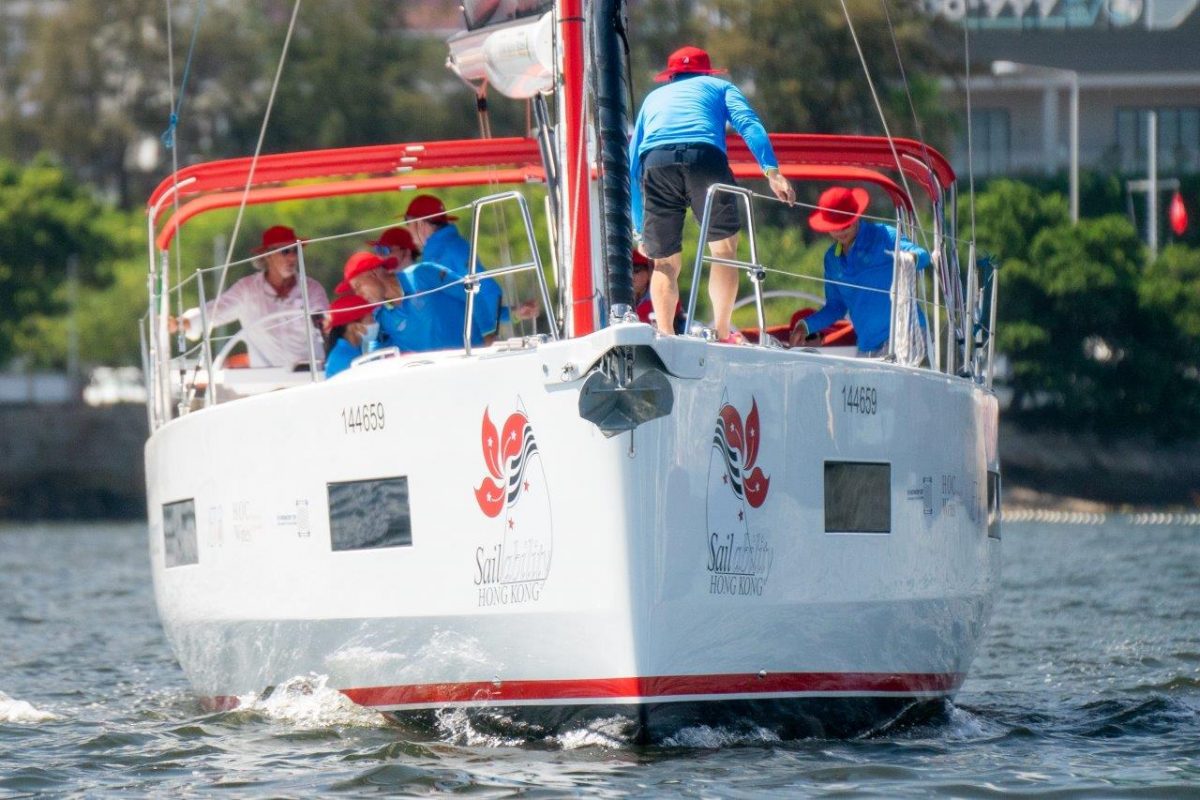 According to Rawbone, another reason sailing is such a great charity sport is the palpable mental health benefits – especially in this age of prevalent digital addictions.

“Kids these days can’t seem to get off their phones – we have a no-phone rule here, and you can see the big mental health boost that being out on the water has on them,” she says. “It’s also great because you get people talking and mingling that otherwise never would have. Some people aren’t comfortable around people with disabilities at first, but after spending some time with them, you understand they aren’t any different from you or me. Sailability breaks down barriers.”

Sailability will look to host and participate in more competitions this year with quarantine restrictions lightening in Hong Kong. And now in possession of a big sailing yacht, Rawbone believes this will open new opportunities.

“It’s great to have families come aboard with their kids or elderly relatives and share the experience. It allows people who are too scared to go out on small boats,” she explains. “And it brings us a whole new audience – the yachting community – and gives us many more sponsorship opportunities.

“This is something Mike always wanted – he’s up there somewhere, making me work extra hard,” she adds. 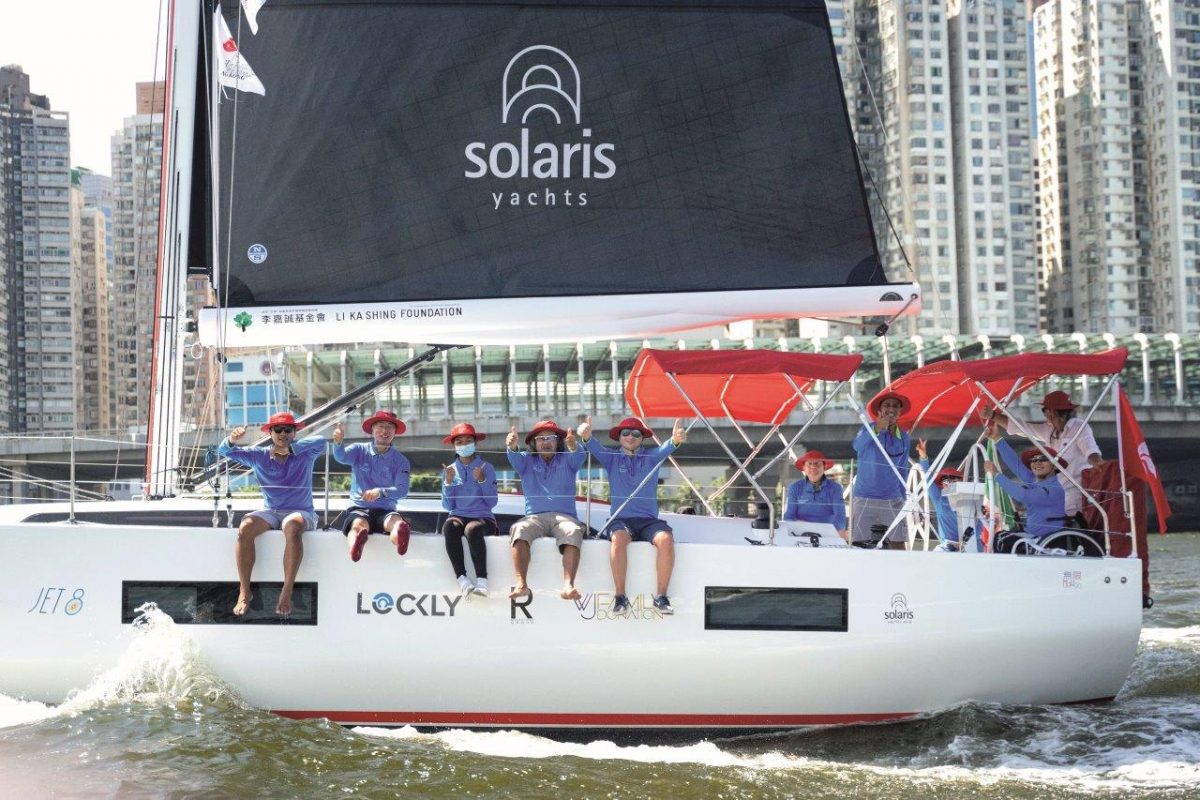 “Me and [Simpson] are both keen sailors, and I had personally worked with Sailability UK in the past, so we were both very keen on supporting sailing for underprivileged children and likewise adults,” explains Allen, Simpson Marine’s general manager since 2018. “We both are in love with sailing as a great lifestyle and hobby, and we wanted to share that passion of sailing with people, get more youngsters involved with the sport.”

Simpson Marine has partnered with the Royal Phuket Marina to support Disabled Sailing Thailand. The company donated a sailing yacht to the cause and helped build a sailing school geared towards empowering sailors with disabilities.

“We are very keen on these sorts of projects, and we’re lucky that we’re an organisation that can give something back to the industry,” Allen says. “It’s really not for commercial reasons – it’s more for the personal desire to help and support and grow sailing and the yachting lifestyle, and Hong Kong and Thailand are the perfect places to do it.”