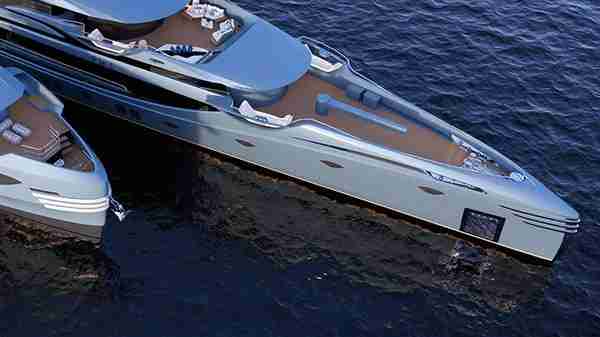 The narrow and fuel-efficient hull was rolled out of the construction hall for the scheduled turning. Four cranes performed the seamless manoeuvre placing Phi upright under a grey sky, after which it was rolled back inside to proceed with construction and outfitting.

Phi is a sensuous motor yacht with exterior design from the drawing board of Cor D Rover, interior design by Lawson Robb and naval architecture by Van Oossanen Naval Architects. Named after the symbol for “sectio divina”, the Golden Ratio, Phi is the formula that governs the continuation of dimensions and shapes in natural proportions throughout the design. Phi was created as a result of many hours of deep conversation, over a period of years, between the experienced owner and Cor D Rover. Utilising the especially developed Fast Displacement XL hull form from Van Oossanen allows this yacht to have an overall length over 55m while still remaining under the 500GT mark. 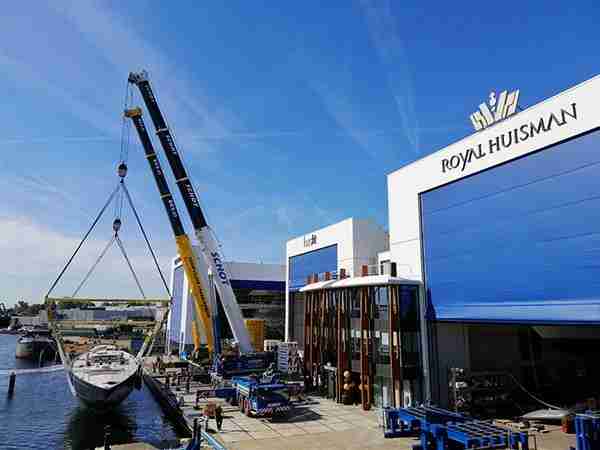 A selection of previews reveals a completely bespoke exterior, which incorporates numerous beautiful (and patented) technically innovative features. Phi combines high levels of performance in a design that Royal Huisman is confident will attract admiration, not only for its extremely slim and lengthy profile, but also for the integration of advanced technology, unrivalled guest spaces and the highest levels of comfort, executed to the highest possible standards.

A major focus for the team responsible for Phi is the challenge to install comprehensive machinery and technical systems within the relatively low volume of a long, slender hull. The hull is designed to meet high performance objectives including simplicity in operation and maintenance. 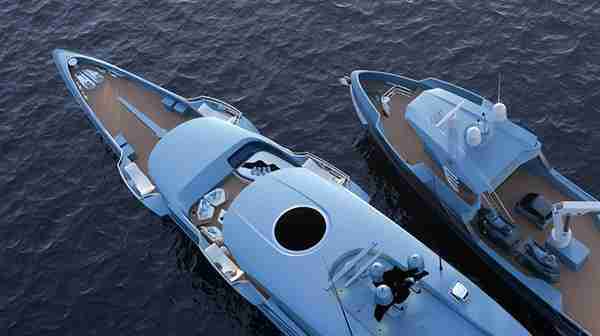 Phi is scheduled for delivery in 2021. Once launched, it will be supported by a matching 36m (118ft) shadow vessel, also designed by Cor D Rover and Van Oossanen Naval Architects and currently under construction in Asia.