The new 58.5m superyacht borrows from the Golden Ratio for her sleek looks 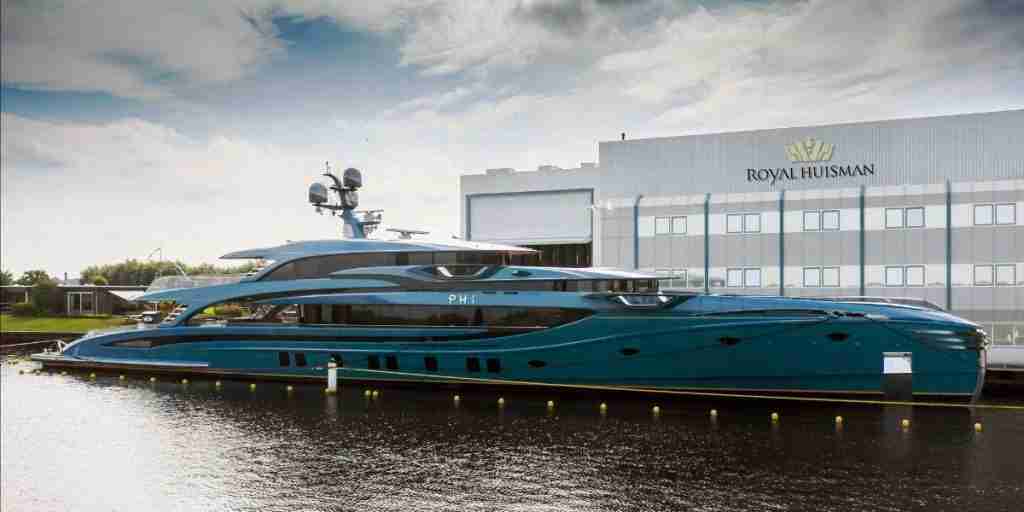 Royal Huisman has launched its newest superyacht, the 58.5m Phi, which departed from the shipyard’s newbuild facilities in Vollenhove and is now on her way to Royal Huisman Amsterdam to start sea trials. The yard said that Phi was built below 500GT, “making her by far the longest motor yacht in this category, based on current Classification rules.”

The name of the yacht, Phi, borrows from the word for the Golden Ratio, Phi, which governs natural shapes and proportions. Dutch designer Cor D. Rover handled the exterior lines, using three themes to tie together the deck levels: the Galaxy, the Ocean Surface and the Underwater World. Phi’s interior design was handled by London studio Lawson Robb. 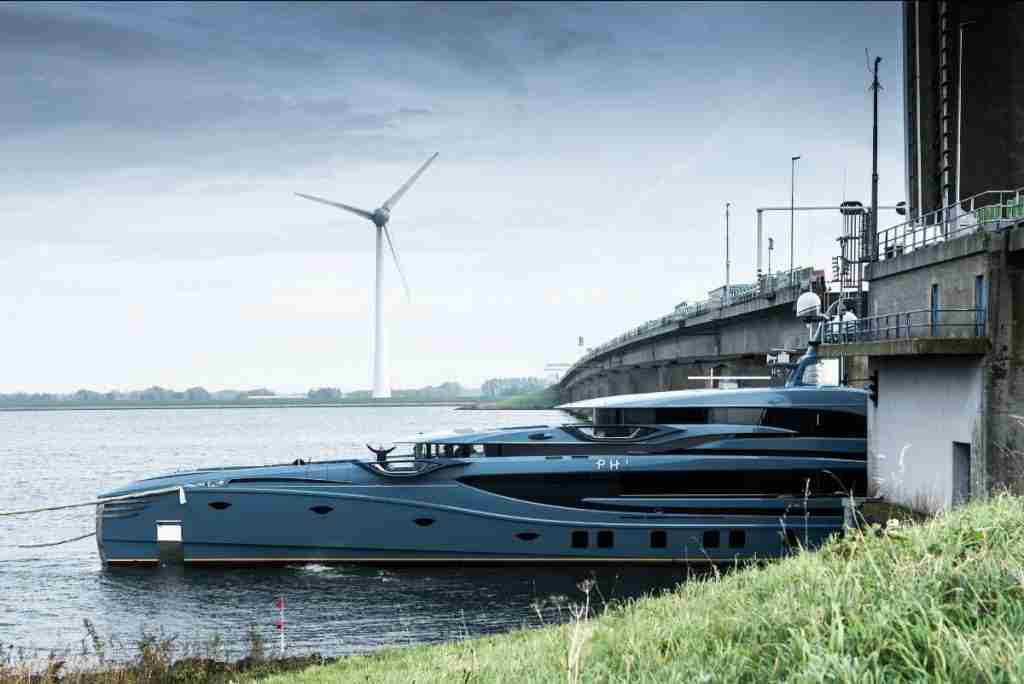 “Rather than just building a large yacht on a so-called shipyard ‚Äòplatform’ to enjoy the pleasures of being at sea, the owner of Phi wanted to build a yacht with a profound underlying story, a deep-rooted knowledge that runs through all aspects of the yacht, from her exterior appearance all the way to internal experience,” said Cor D. Rover. Speaking of the Golden Ratio, Rover added: “The more you study, for example, growth sequences in nature, the more amazed you become. The perfect mathematical way that a Nautilus shell or a Sunflower grows is truly amazing.”

The sleek and deep blue exterior of Phi will surely gather plenty of attention wherever she travels. There is no word yet on her expected range, but she is expected to have a cruising speed of 22 knots. Phi will ultimately be joined by a 36m support vessel with matching exterior design, built by Alia Yachts. 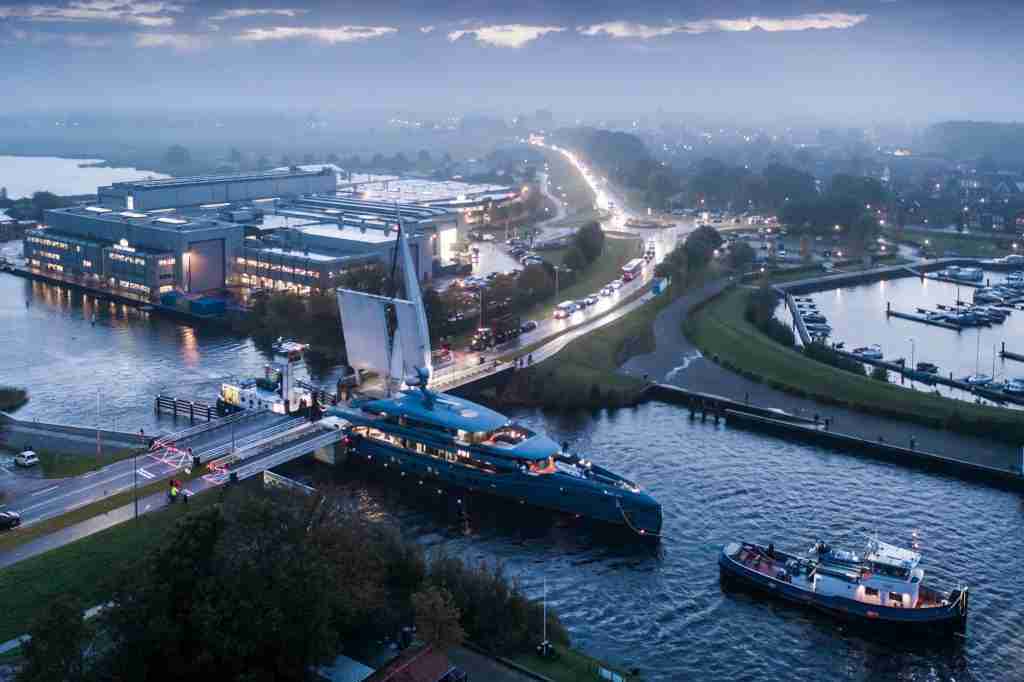 Royal Huisman has developed its standing in the Asia Pacific after years of quiet effort. Last year, the legendary Dutch yard, famed for its sailing superyachts, delivered the world’s largest aluminium sailing yacht, the 81m Sea Eagle II, to her Taiwanese owner.