With the arrival of Royal Huisman, the port of Amsterdam has attracted yet another yacht manufacturer with a Royal Warrant. The company will be operating from the former Holland Jachtbouw shipyard in Zaandam, which is owned by Port of Amsterdam since May 14, 2019.

The Netherlands is a leading global player in the manufacture of superyachts. Royal Huisman is the second superyacht manufacturer to join the port of Amsterdam community, following Feadship Royal van Lent, which opened its facilities there in 2016. The arrival of Royal Huisman will generate high-quality jobs in, as well as bring innovation and craftsmanship to, the Amsterdam region. 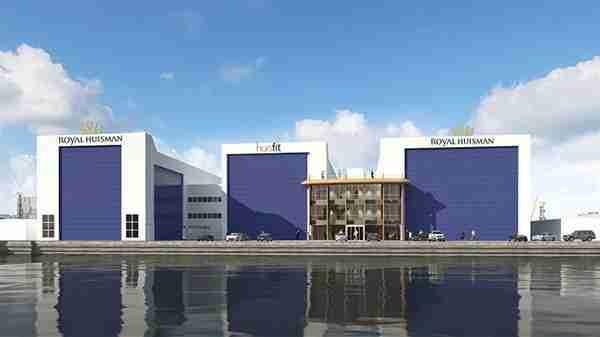 Port of Amsterdam CEO Koen Overtoom: ‘Our acquisition of the shipyard and the decision to lease it to Royal Huisman is a boost to the manufacturing industry, which adds significant value to our port.

It is also an excellent way for us to promote our “Port of Partnerships” concept. The arrival of Royal Huisman to the Amsterdam port region is one step further towards fulfilling our goal of becoming a superyacht hub. The Amsterdam area is highly sought-after by yacht manufacturers owing to its highly skilled workforce, international airport and the celebrated Dutch sense of enterprise.” 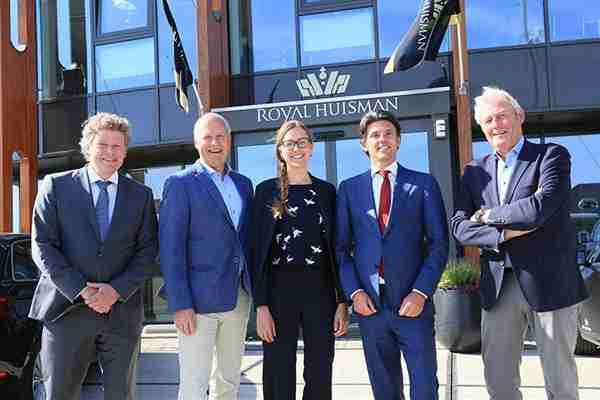 Jan Timmerman, CEO of Royal Huisman: “In extending our facilities in the Amsterdam region, we will be able to properly meet the growing demand among current and new customers. This second shipyard will, over a longer period of time, serve as an excellent addition to our existing site in Vollenhove, both for new builds and for refits.”

The City of Zaanstad is likewise delighted with the arrival of Royal Huisman. Gerard Ram, Alderman for Economic Affairs: “Shipbuilding has been well-established in the Zaanstreek area since the days of the United East India Company (VOC). Royal Huisman’s arrival is a boon to the local yacht-building industry, leading to future economic growth. With its high-quality employment opportunities and low environmental impact, the company will help us achieve our plans of converting the Achtersluispolder area into a unique space that can accommodate both commercial and residential needs.”

Hiswa Holland Yacht Group also welcomes the arrival of Royal Huisman and the greater diversity of yacht-related services this will bring to the Amsterdam area. Jeroen Sirag: “We entered into a partnership with Port of Amsterdam in 2017 to put Amsterdam on the map as a superyacht destination among yacht owners and as a business location for superyacht manufacturers and suppliers. This area has always been renowned for its craftsmanship and high quality standards. We offer our customers the full package: construction, maintenance and refits. This will bring excellent employment opportunities to the area.”