At 11am AEDT on December 31, 2018, home-grown Tasmanian heroes of Alive were crowned the Overall Winners of the 2018 Rolex Sydney Hobart Yacht Race.

For owner and crewmember Phillip Turner, the dream of winning the Rolex Sydney Hobart Yacht Race began “five or six years ago” when he was watching the finish and suddenly thought: “I’d like to win that one day.” 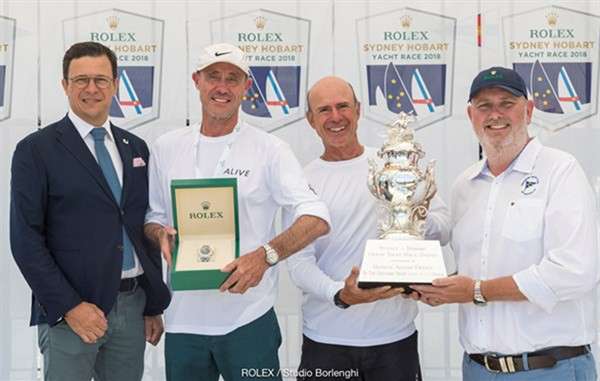 On Sunday that dream became real for Turner, a retired professional gambler, when his yacht Alive was formally declared the overall winner of this year’s race and he received the Tattersall Cup from the Cruising Yacht Club of Australia’s Commodore, Paul Billingham.

However, as he prepared to accept one of the world’s most prestigious offshore racing awards, Turner was still coming to terms with his success, saying: “It still hasn’t sunk in.” He also admits to being “introverted,” and that he doesn’t “like all the attention” that comes with winning. 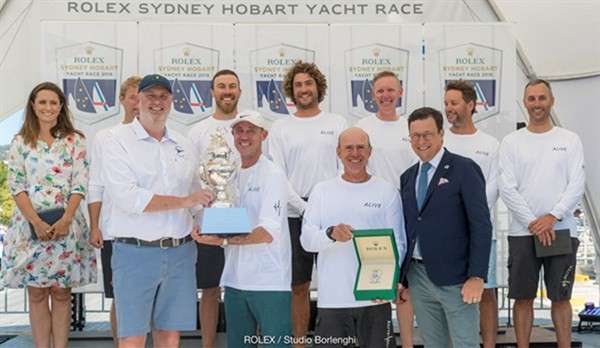 (Photo: Rolex / Studio Borlenghi – Presentation to the crew of Alive)

Alive’s overall win in the Rolex Sydney Hobart is only the fourth by a Tasmanian boat. The last was Bob Cumming’s Screw Loose in 1979. The previous two were G.D. Gibson’s Westward in 1947 and 1948. 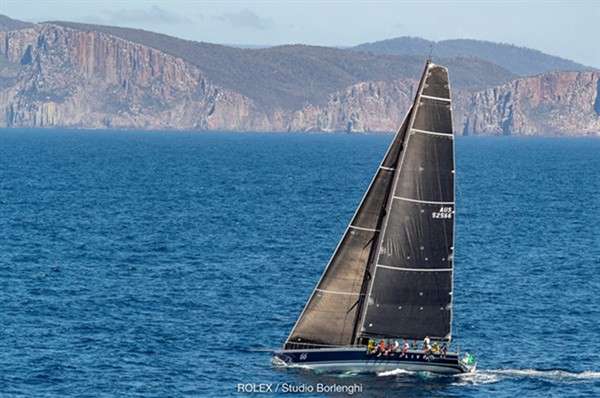 The significance of adding to Tasmanian sailing history was not lost on Turner, nor on his skipper and project manager to their Sydney Hobart campaign, Duncan Hine – his lifelong mate. “It’s great for Tasmania,” said Turner who bought Alive, formerly named Black Jack, in 2014, with the “intention” of winning the race.

Turner’s plan for Alive is to race her in the United States in a campaign culminating with the TransPac race (from California to Hawaii) in March. She will be shipped over on January 17.