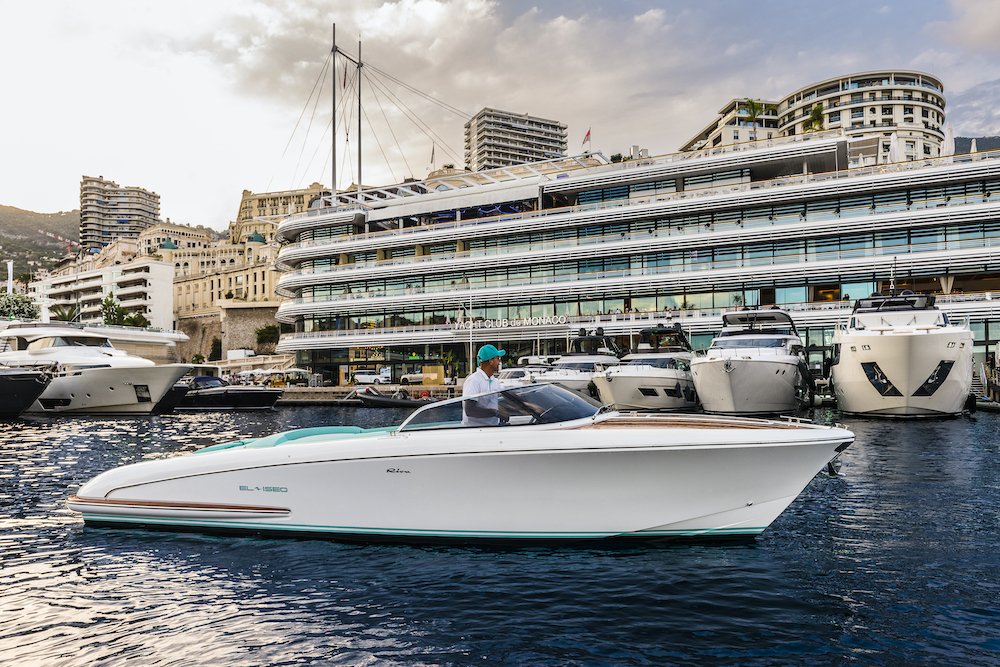 Riva is making the move into more sustainable yachting with El-Iseo, the brand’s first electric prototype, presented in the year of its 180th anniversary.

Riva chose to unveil the sleek vessel Monaco’s imposing Yacht Club at Ferretti Group’s Private Preview this week, an event put on for press and guests to showcase the group’s new models.

“El-Iseo is a glorious new chapter in the challenge that only Riva can experience every day, that of combining its legendary history with cutting-edge technology to generate beauty and style that will never go out of fashion,” said Ferretti Group CEO Alberto Galassi. “The El-Iseo project is extremely important to us, which is why we decided to preview it here at the Monaco Yacht Club, a natural choice for Riva as it’s a place where ecological sensibility has been at work for years, with virtuous practices and concrete initiatives like the Sea Index, the Monaco Smart & Sustainable Rendezvous and the Energy Boat Challenge. Now 180 years old, Riva is still leading the field with the credibility and visionary force that only a contemporary legend can draw on.”

El-Iseo is the full electric version of the popular Iseo, the versatile and modern-looking 27-foot runabout whose spirit lives on in the hull, deck, style and colours of the new boat. El-Iseo is powered by a Parker GVM310 full electric engine.

Retaining a traditional stern drive propulsion system, El-Iseo has an engine supplied by Parker Hannifin, a leading US motion and control technology multinational, that offers unprecedented performance in terms of speed and acceleration. With a power output of 250 kW and 300 kW peak, the Parker GVM310 gives the Riva prototype a cruising speed of 25 knots and a self-limited top speed of 40 knots, with an acceleration curve significantly steeper than that of a similarly sized boat powered by an internal combustion engine.

El-Iseo is a high performer in terms of range too, delivering up to ten hours navigation in economy mode, which makes this prototype a unique combination of ultra-high performance and maximum sustainability.

El-Iseo has a lithium battery pack supplied by Podium Advanced Technologies, a leading innovator and specialist in batteries, automotive design and motorsport, here working for the first time in the world of yachting. Specially developed for this project, the batteries in El-Iseo have a capacity of 150 kWh and are configured in two independent blocks located between the engine and the stern seating.

Integration of onboard systems, such as transmission, throttles and onboard control systems in general, including management of driving and battery charging modes, has once again been assigned to innovation leader and Ferretti Group partner Xenta.

The helm station has a fully digital, touchscreen dashboard designed to mimic the analogue displays of past boats. Even the naming of the three drive modes — Allegro, Andante and Adagio, the tempos of classical music — alludes to the tradition that has inspired all Riva boats.