Benetti, long known for luxurious on-water palaces, takes a big step toward the explorer market with the B.Yond 37M Goga

The new B.Yond 37M from Benetti is the Italian brand’s first major step into explorer superyachts. It is an intriguing entry in a segment that seemingly defies Benetti’s legacy for superyachts berthed in the luxury hotspots of the Med, rather than exploring the high seas. 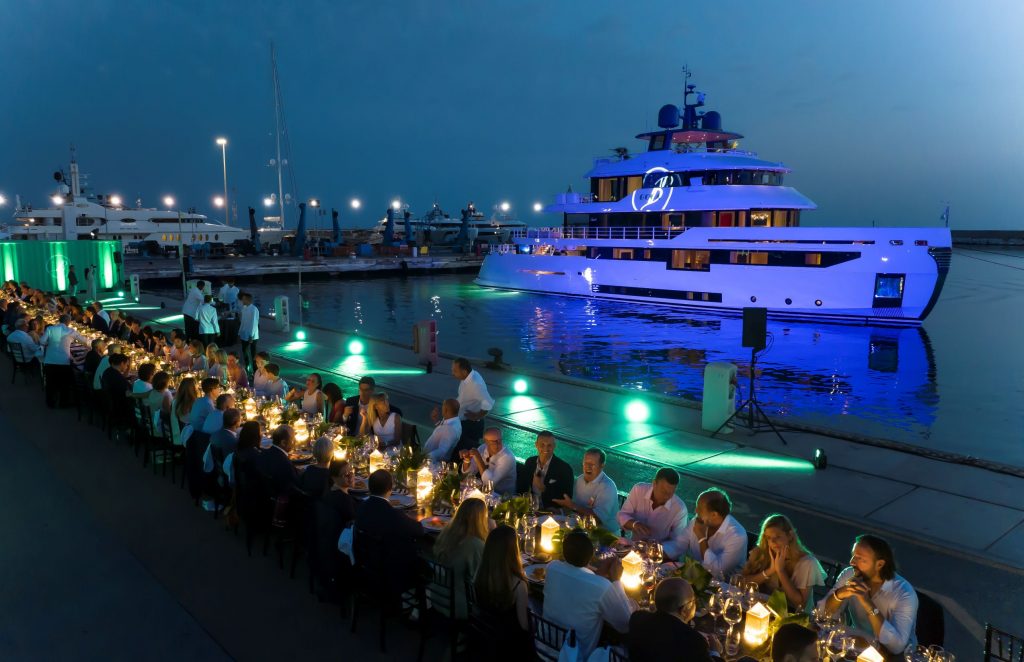 With a range of over 8,000 nautical miles, the B.Yond 37M has explorer capability, and it combines that with a new look for Benetti. Hong Kong buyers may find much to admire in the new B.Yond series, as it the upper end of the size range generally preferred by Hong Kong owners who base their yachts in Asia. The B.Yond’s range puts cruising destinations throughout Indonesia, Micronesia and Fiji easily within reach.

The B.Yond 37M started as a pet project of Azimut-Benetti Group Founder and President Paolo Vitelli, who decided to build the first in the series for himself

Dealers have been offering a B.Yond 37M for €19.7 million, which is comparable or even less expensive than the 2022 37.6m Azimut Grande Trideck, which Burgess is offering for €22 million.

The B.Yond 37M started as a pet project of Azimut-Benetti Group Founder and President Paolo Vitelli, who decided to build the first in the series for himself, naming it Goga. Stefano Righini, the long-time naval architect for the Group, created the new look for Vitelli’s project. Righini died in 2021, making the first B.Yond 37M his swansong after decades spent defining the Group’s look. 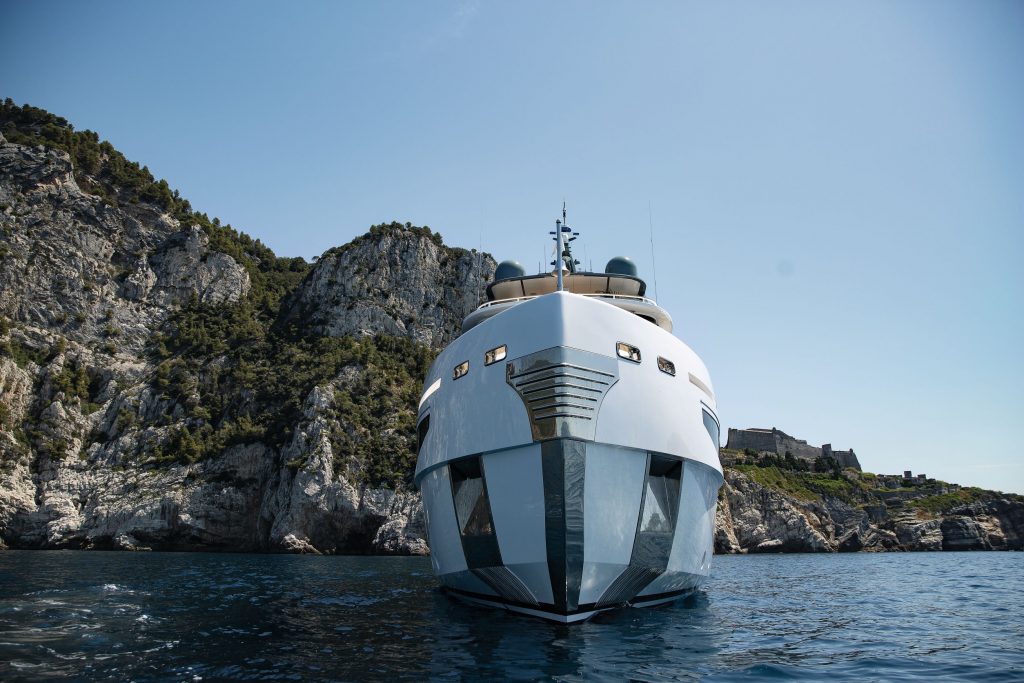 The biggest change for Benetti on the B.Yond 37M is the steel hull and aluminium superstructure – highly unusual for a yacht of this size, which would normally be built in fibreglass.

A key component of the B.Yond series is the E-Mode Hybrid system developed by Siemens Energy. This system makes it possible to optimise and reduce fuel consumption onboard, thereby reducing CO2 and NOX emissions. 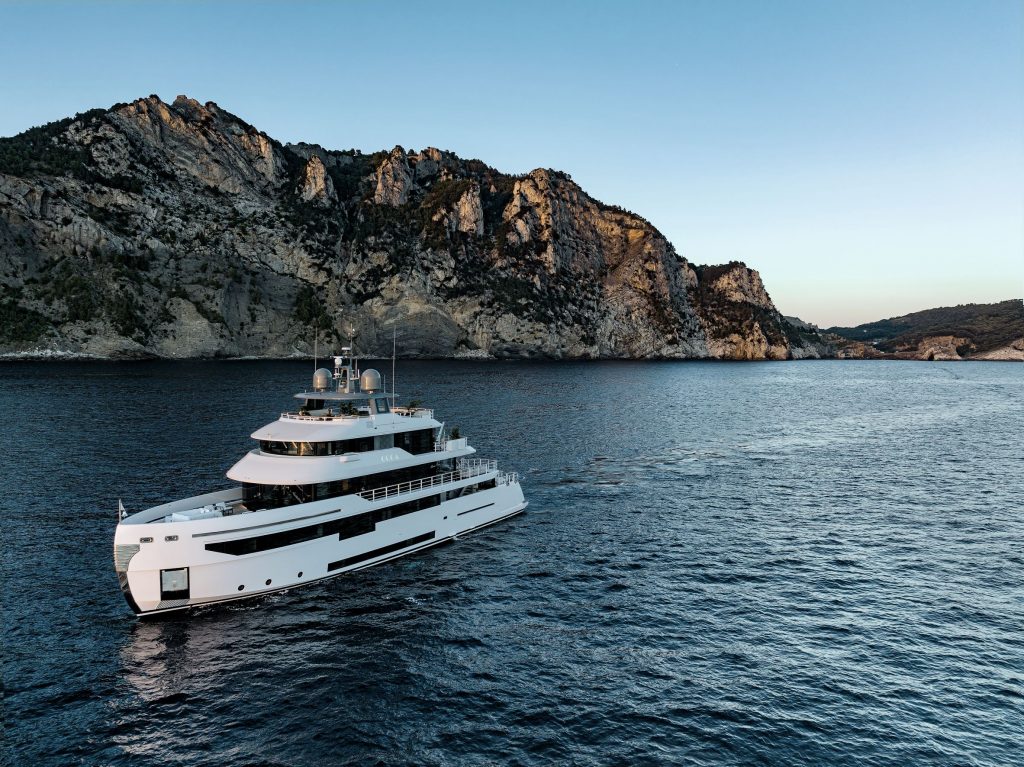 The 37M uses SCR filters which reduce NOX emissions by “cleaning” the exhaust fumes with a urea-based liquid. Combined with the E-Mode Hybrid propulsion system, the crew can easily manage the system while switching from mechanical to all-electric thrust without the help of engineering specialists. 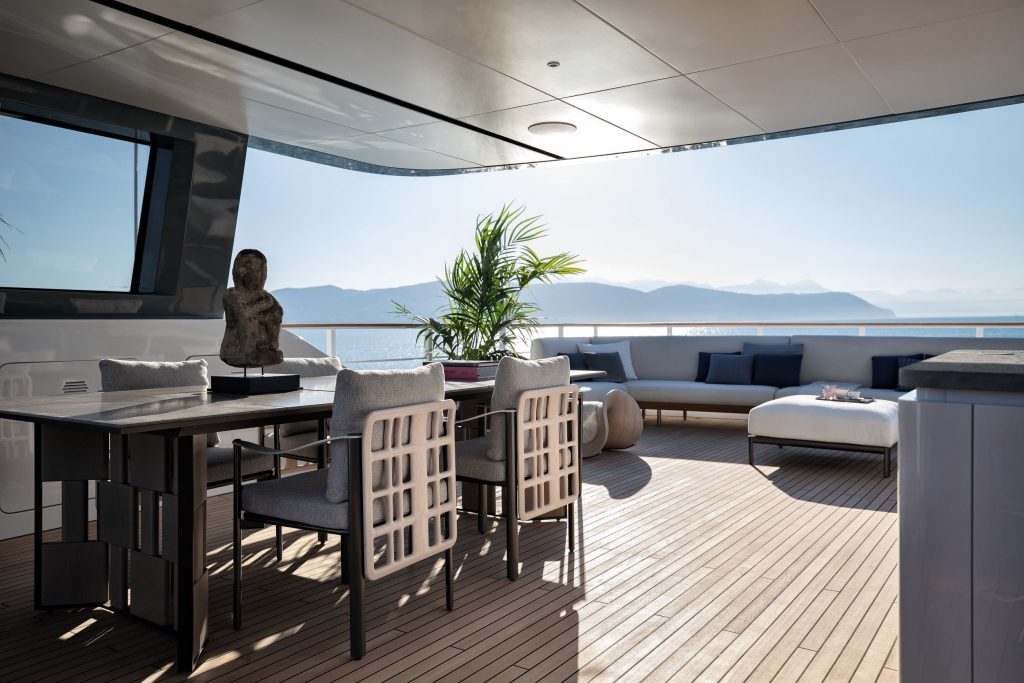 The view from the sun deck, which is much higher than a normal yacht of this length

The B.Yond 37M has four different operating modes, including full electric mode for zero emissions running. Goga is equipped with a substantial lithium battery pack allowing the yacht to run its hotel load – the lights, AV equipment, heating/cooling – without diesel generators. A 300kW/h pack allows for up to 12 hours of night-time hotel load and eight hours during the day. The batteries can be recharged in just three hours when underway.

Sailing at nine knots in Eco Transfer mode, with the diesel generators off and one propulsion engine running, allows the enormous 8,200-nautical mile range

Benetti calculates that CO2 emissions can be cut by up to 24 per cent and NOX by up to 85 per cent under a “normal use” profile, which is 40 per cent of the time spent under way and 60 per cent at anchor. 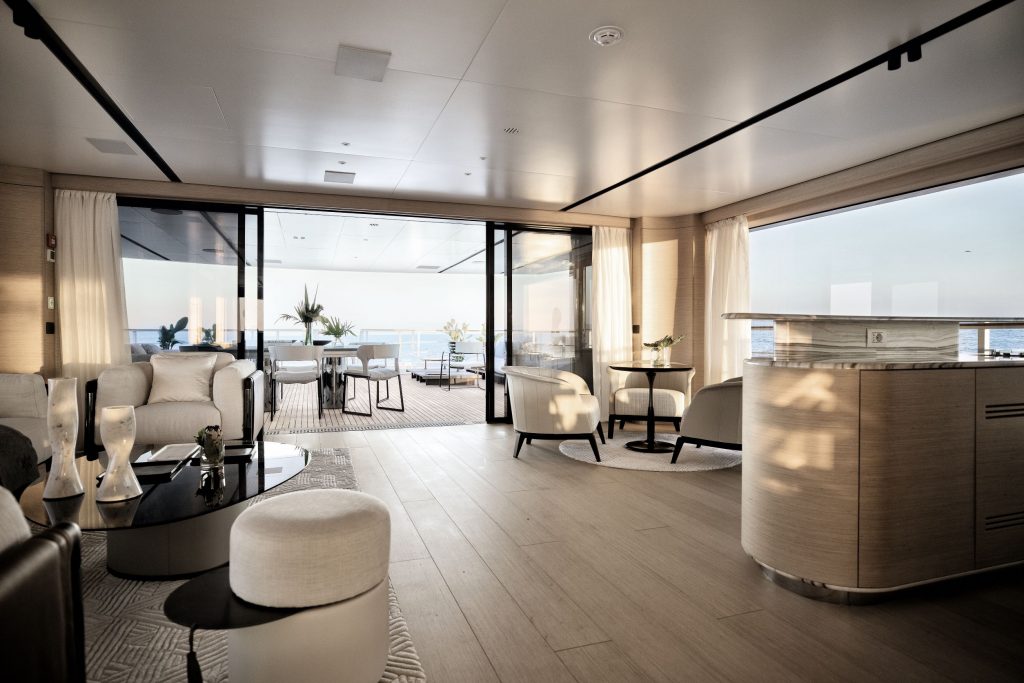 Sailing at nine knots in Eco Transfer mode, with the diesel generators off and one propulsion engine running, allows the enormous 8,200-nautical mile range.

The white steel hull and aluminium superstructure show modernity and functionality at the same time. The hull design is by Pierluigi Ausonio’s firm P.L.A.N.A. Creating plenty of interior volume in a smaller length overall was the key consideration. Reportedly, Vitelli wanted his new explorer boat to be able to berth in smaller harbours.

The beam is wide at 8.6m; the resulting hull shape resembles that of a workboat or a tug. The top speed of 14 knots won’t win races, but it will get an owner and guests out to the farthest destinations at an economical price.

A major addition was a fourth deck – a feature you’d expect on a much larger superyacht. It had the potential of making the B.Yond 37M look top-heavy, and one of Righini’s most important jobs was to make sure that this fourth deck could blend into the profile of the boat. The extra deck meant much more vertical space was added to the interior volume. 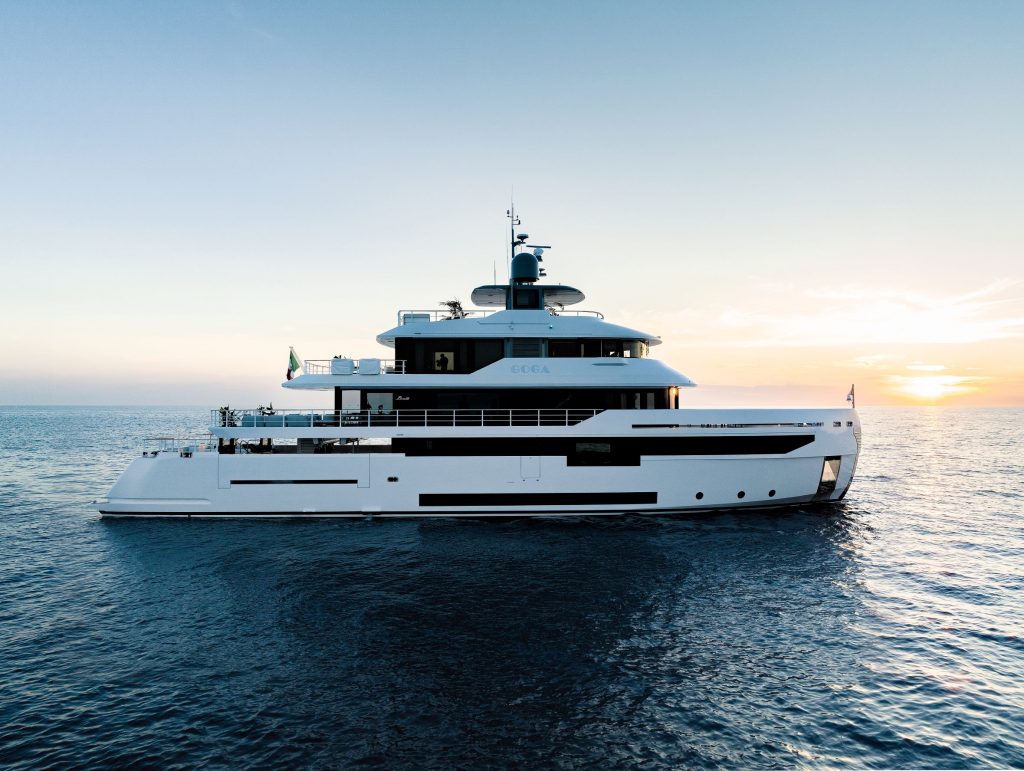 Vitelli has said that he doesn’t think beach clubs are used as much as yacht builders may suggest, and he therefore opted for more garage space for toys and tenders aboard Goga. 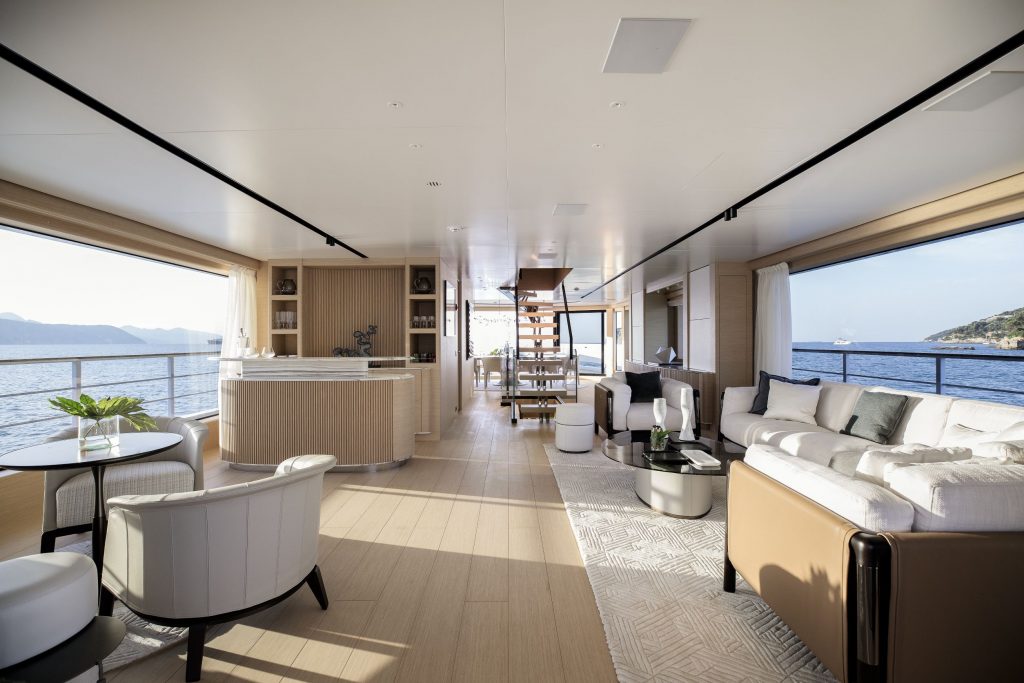 The upper deck of the Benetti B.Yond 37M Goga

The interior design allows buyers plenty of opportunities to customise their yachts. Building in steel and aluminium lets buyers and designers play with spaces and layouts much more than working from a fibreglass mould. 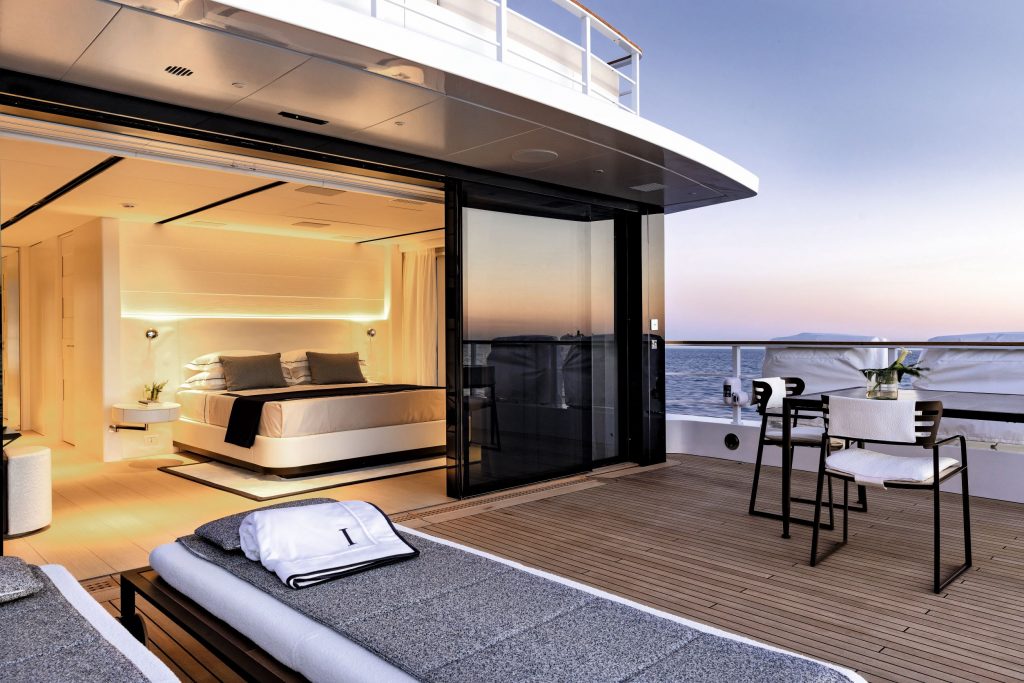 The materials selected for Goga include bronze, wood and marbles, to create an elegant but deceptively simple atmosphere. The colour scheme presents a palette of natural hues enhanced by touches of blue in the fabrics. 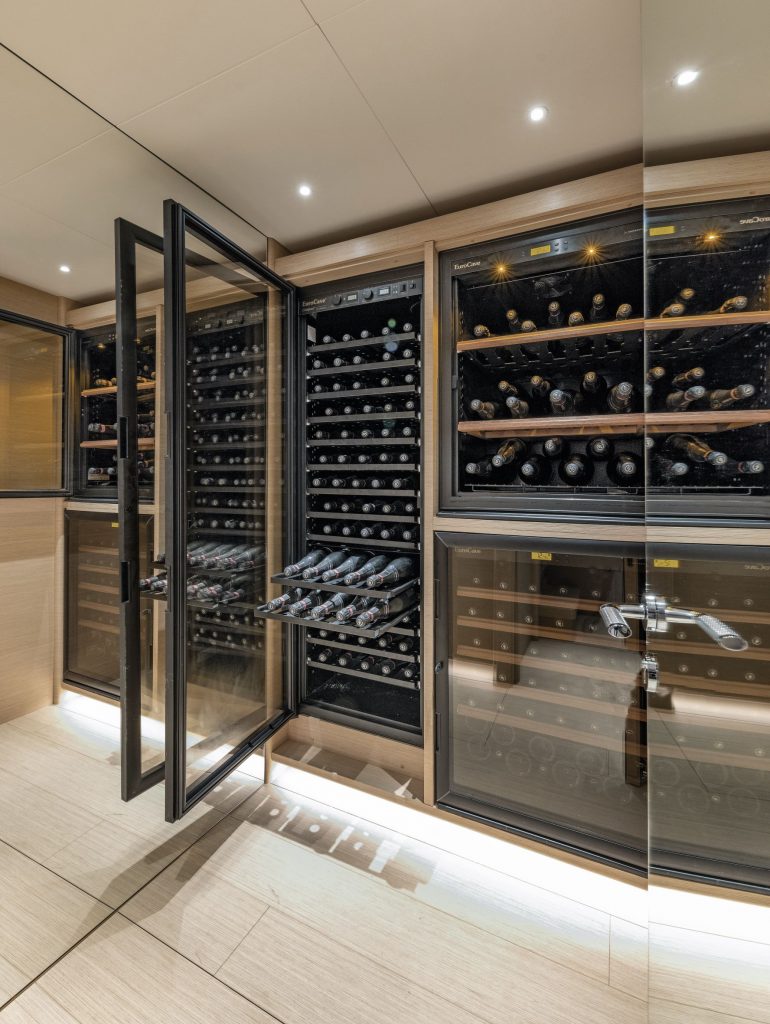 The lower deck has been reserved for crew use and includes plenty of storage, including a wine cooler

One of the interesting features of Goga is the lower deck, which has been completely reserved for crew members. While this seem too generous for some, it is much easier for crew to be away at sea for long periods with that kind of space. It also – importantly – means happier crew. 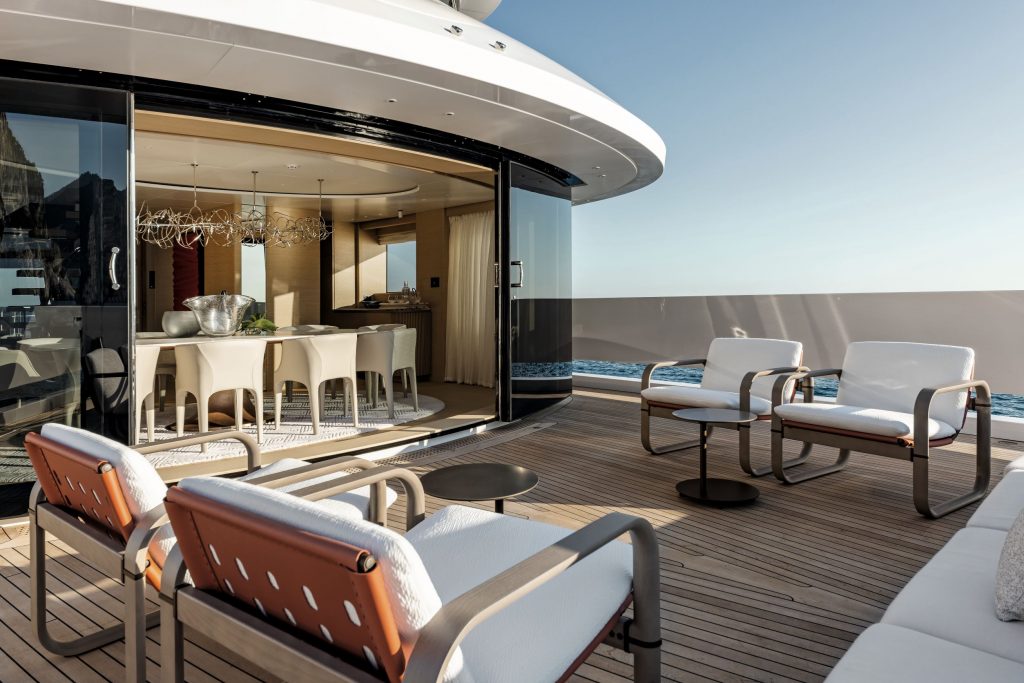 There are four crew cabins plus a captain’s suite on the lower deck, and large operating and service areas – including walk-in wine cellar and a cold room, unusual features on a boat this size. Crew and guests have separate staircases. A B.Yond 37M could therefore do well in the charter market, where service standards are at a premium.

The service area includes a walk-in wine cellar and a cold room, two unusual features on a boat this size

On the main deck, there are four VIP suites and a panoramic lounge with large windows, which opens on to a large, open-air relaxation area. On the upper deck, there is a large living area that runs from bow to stern and offers 360-degree views of the sea. There is also a Jacuzzi aft. 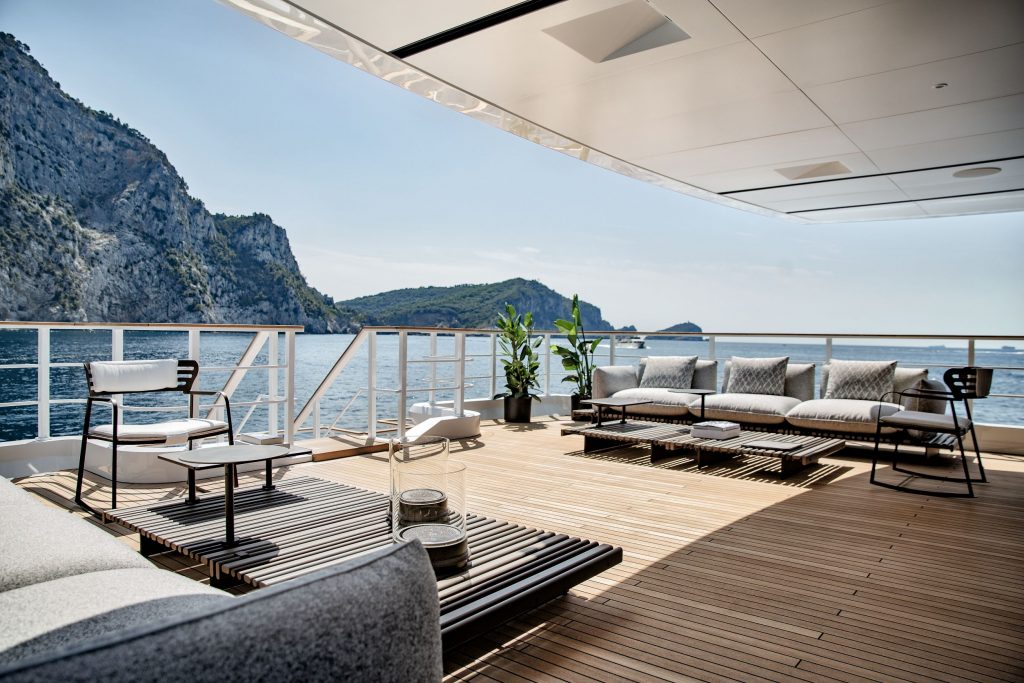 The owner’s suite is high up on the bridge deck facing aft, with a private terrace. Forward, the wheelhouse includes a surveillance room which doubles as a captain’s quarters for long voyages. 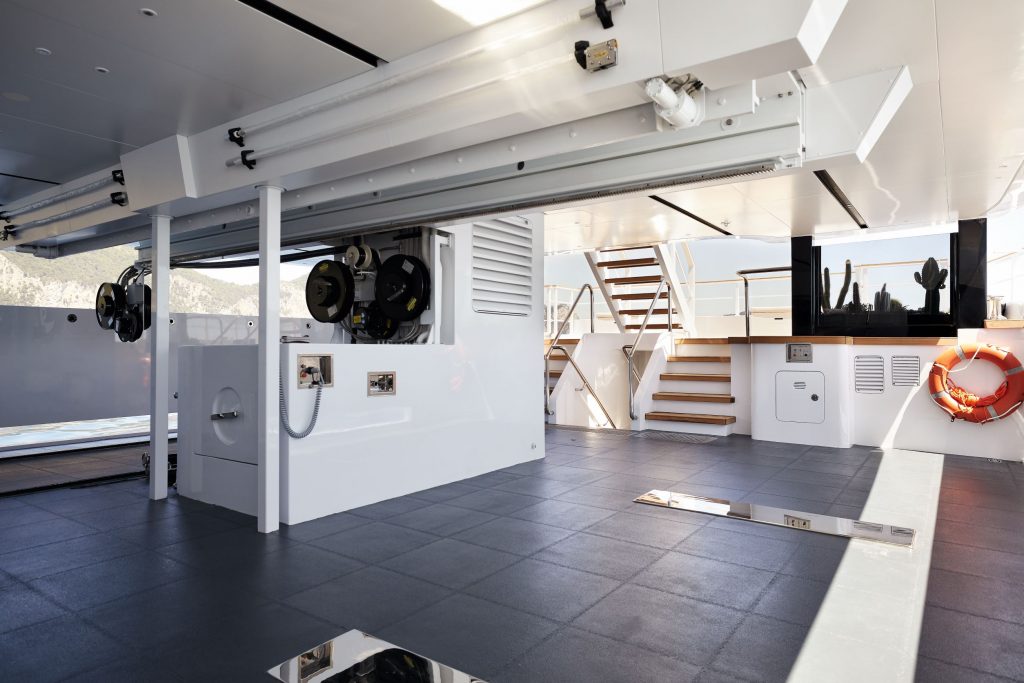 The garage contains two jet skis, a 6.5m tender and a rescue boat. Buyers can opt for a larger beach club and less garage space.

Benetti has dubbed the B.Yond 37M part of a new Voyager series. Given the growing sales volume of B.Yond yachts, it seems that Benetti has embarked on its own new journey.

The new Sanlorenzo SD90 offers buyers an interior that’s fitted with recycled material and an appreciation...