Part superyacht and part oceanographic research vessel, the Norwegian project is blurring the line between cruising and conservation 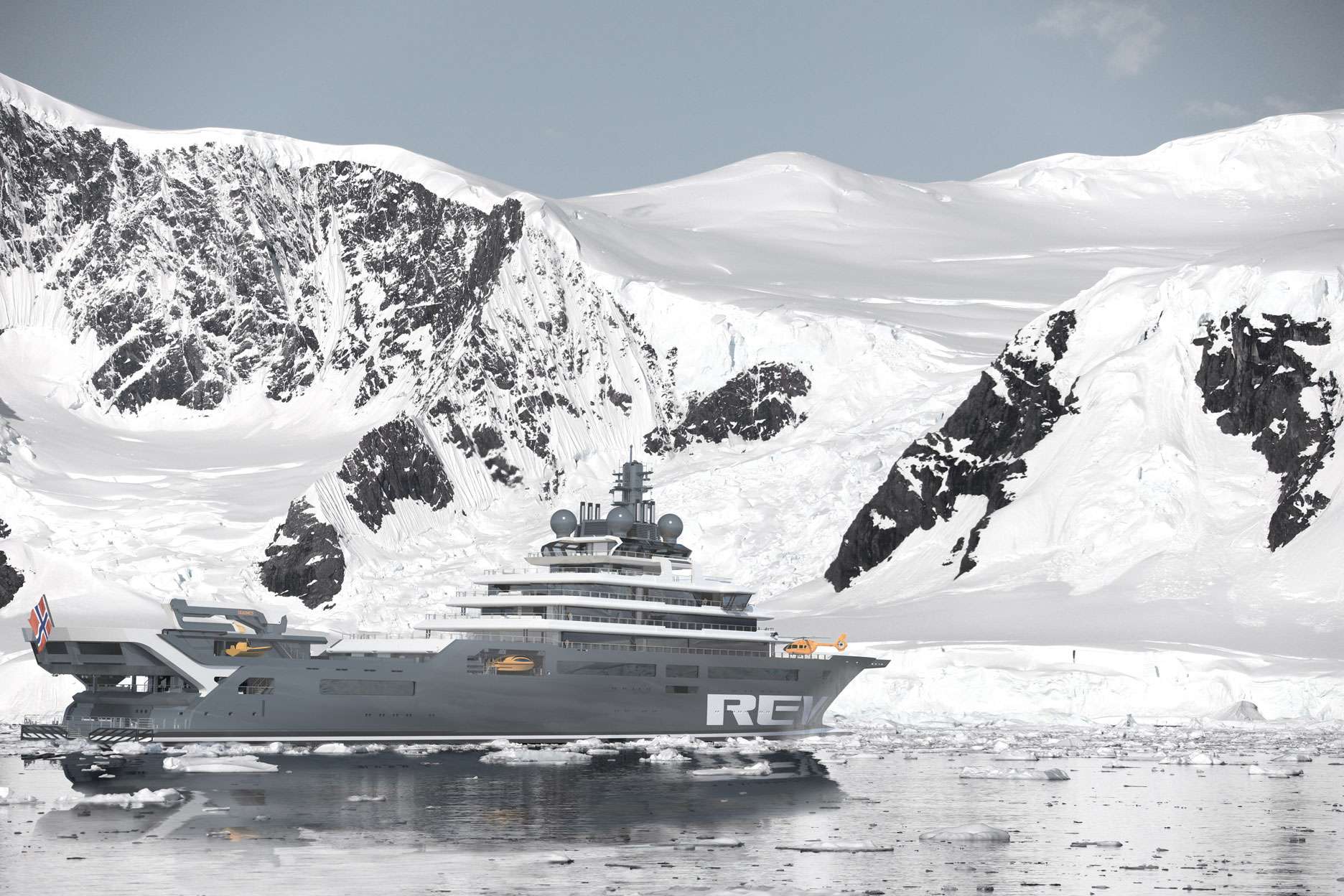 This ambitious project was conceived in 2017 by Norwegian billionaire Kjell Rokke, who made his substantial fortune by harvesting the sea – first in the fishing industry, later in offshore oil and gas investments.

Once launched, REV Ocean will be available for luxury charter, with guests even having the chance to mingle with ocean researchers as they make astounding new discoveries. 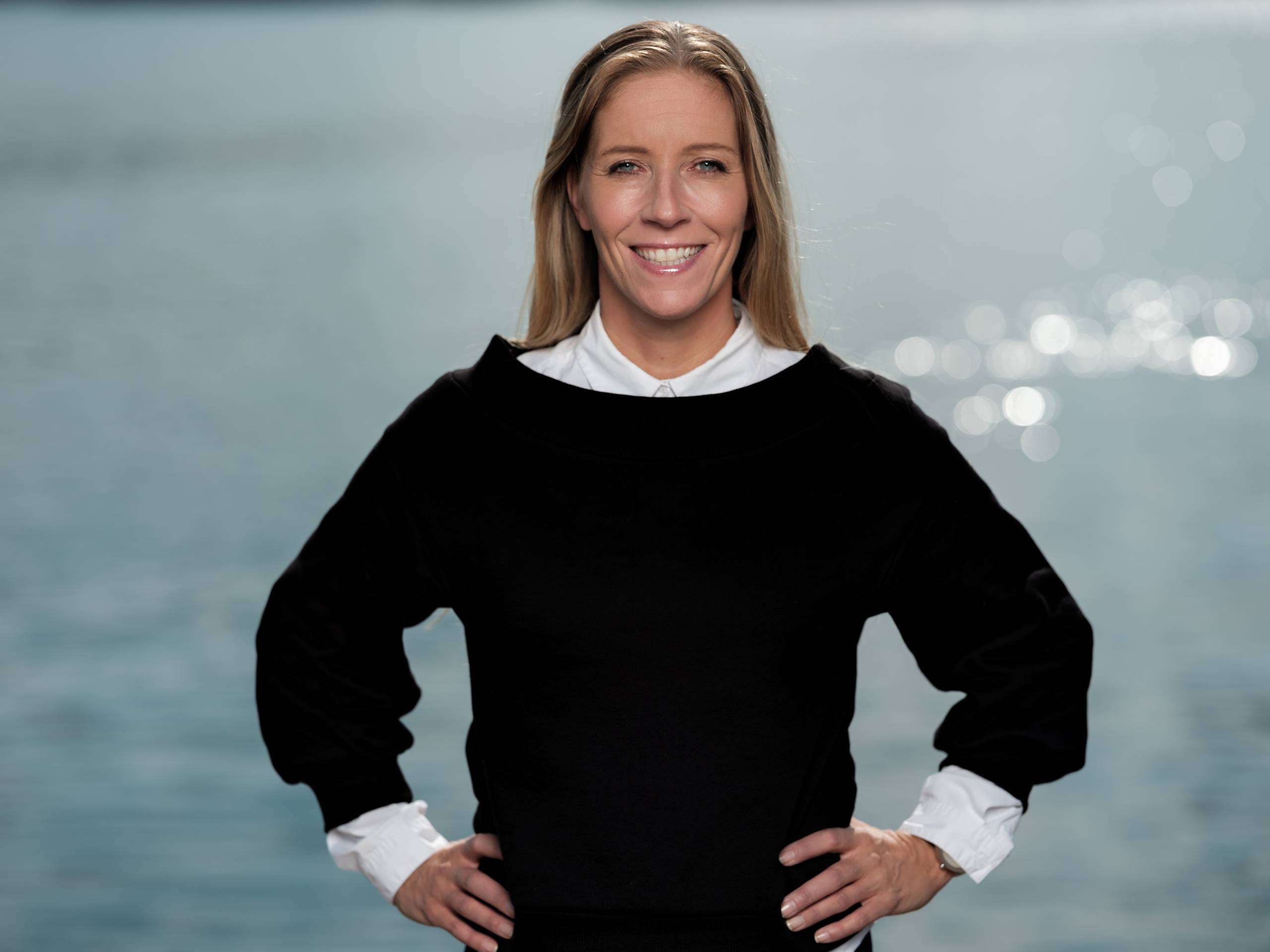 Nina Jensen, who was working as an environmental campaigner before becoming REV Ocean CEO, took some convincing before she accepted the job

That prospect encourages REV Ocean’s CEO, Nina Jensen, who was recruited directly by Rokke – a process that took over a year of convincing. “He called me every day trying to get me to join,” recalled Jensen, who discussed the REV Ocean project with Asia-Pacific Boating.

Jensen, a marine biologist, was formerly the head of WWF Norway and a prominent environmental campaigner in her native Norway, having worked at WWF Norway from 2003, rising from a volunteer position to become secretary-general of the NGO in 2012. It was her dream job, and ambition was her calling card.

Jensen once campaigned to get Norway’s sovereign wealth fund, the world’s largest at over US$1 trillion in assets, to divest from coal investments. Jensen’s sister, Siv Jensen, the conservative finance minister for Norway, bluntly told Nina that it couldn’t be done.

After the fund began divesting from coal in 2018, Nina said she enjoyed a celebratory phone call with her sister. Debate in the Jensen household is a given; Nina’s brother used to work in the oil and gas industry (but is now in charge of the biggest battery initiative in Norway). “I had to learn how to win arguments,” says Jensen. “I don’t like working in an echo chamber.”

Jensen says she was sceptical at first about REV Ocean, wondering whether Rokke’s heart was in the right place for such a project, given his history and business interests. Rokke is chairman of Aker Group, which makes the bulk of its money and has well over half its asset value in the offshore oil and gas business. “We don’t always see things eye to eye,” said Jensen when asked about Rokke’s fortune in oil and gas, one of the leading sectors contributing to climate change.

Nina’s brother used to work in the oil and gas industry: “I had to learn how to win arguments,” says Jensen. “I don’t like working in an echo chamber.”

She was also sceptical about the luxury yacht charter business being attached to an ocean research project. She describes the yacht aspect of REV Ocean as like entering a “parallel universe”, given all the luxury elements that go into a superyacht charter.

All of that has changed. Now, it’s the yachting aspect that is most exciting to her. “Less than 1% of global philanthropy goes to studying or protecting the ocean,” she says “There is a huge funding gap. We need to inspire wealthy people and enable them to explore the ocean; Get excited about it and engage.”

The prospect of having a lot of money on hand for scientific research and developing solutions was another key factor in Jensen’s decision to ultimately sign on to REV Ocean. “I don’t have to spend time on fundraising anymore. I can put big ideas into action in a second if Mr Rokke likes it,” says Jensen, who adds that she used to spend a lot of her time at WWF simply raising money. “It is mind-blowing and such a relief.”

Jensen says her late partner, Nicolai Roan, was the one who finally convinced her. In the lead up to her decision to join forces with Rokke, Roan told Jensen that she had to grab the opportunity of REV Ocean and its enormous potential to help ocean research and raise awareness. Roan died of brain cancer in July 2019, and since then, Jensen says she has dedicated herself to two things: helping to find a cure for brain cancer and making sure that REV Ocean is a success.

The money being invested by Rokke is enormous, with the REV Ocean vessel alone estimated to cost over US$350 million.

“I don’t have to spend time on fundraising anymore. I can put big ideas into action in a second if Mr Rokke likes it. It is mind-blowing and such a relief.” – Nina Jensen 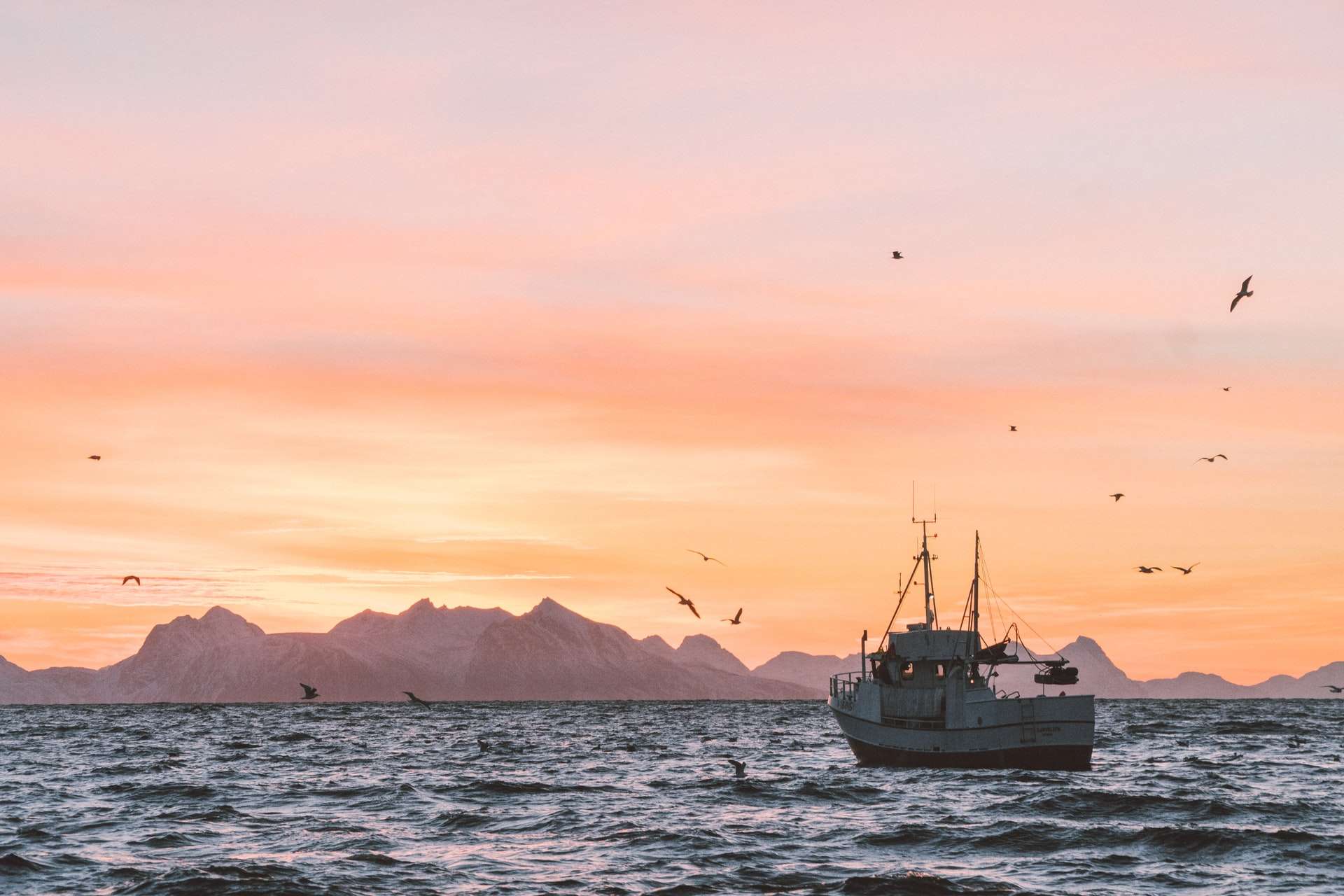 The REV Ocean team did an analysis of threats to the ocean and came up with three that top the list: overfishing, climate change and plastics

Though the launch date of REV Ocean has been pushed back from 2020 to 2022, it is still shaping up to be the world’s most intriguing charter yacht. In late August, REV Ocean made its first voyage under power, moving from one Norwegian shipyard to another to test its seagoing capabilities. REV Ocean will have space for 36 crew and 54 scientists, when operating as a pure research vessel. Six laboratories will be available onboard, along with a vast array of testing, measuring and sounding the ocean.

By comparison, the new Neil Armstrong-class oceanographic research vessels operated by top US ocean research organisations measure 73 metres length overall and have space and facilities for 20 crew and 24 scientists. A 2018 report in Science noted that national ocean research fleets have been in decline, both in terms of age and number, leaving the privately funded REV Ocean to try to fill some of that gap. It has been described by some ocean scientists as a “dream”. 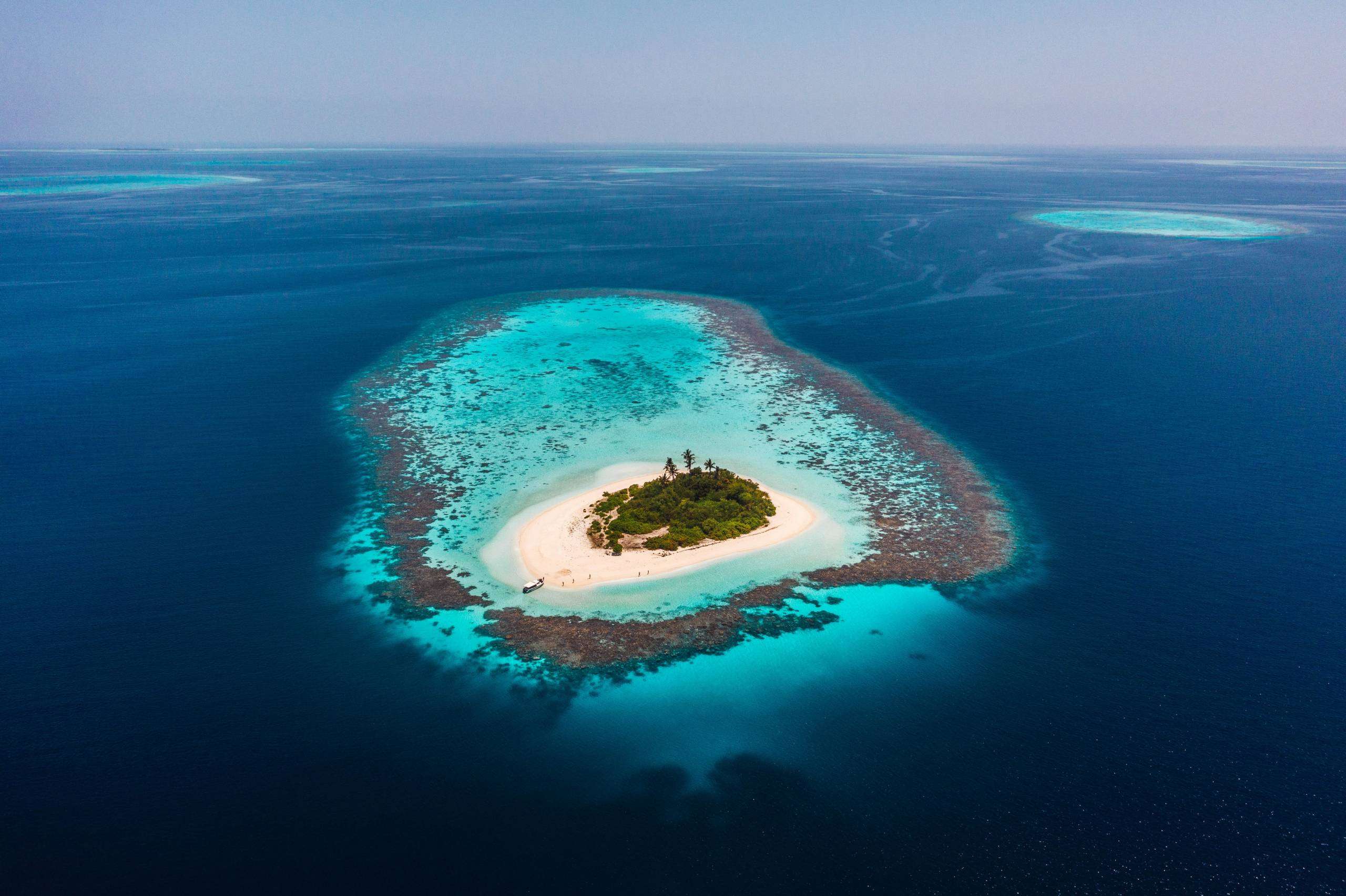 Charter guests will explore destinations including the Indian Ocean

In pure charter mode, REV Ocean will have a crew of 54 and space for up to 28 guests. Charter is expected to take up approximately one-third of the vessel’s time, in part to help offset research operation expenses, and in part to advance ocean awareness. The project offers guests a chance to mingle with ocean researchers, innovators and educators on “bespoke, long-distance cruises, while enjoying the modern comforts and spacious interiors” that come with yacht charter.

Charter guests will be treated to far-ranging visits to the polar seas, the South Pacific and the southern Indian Ocean – places that are less known and understood – and be able to discover new species never seen before.

The project offers guests a chance to mingle with ocean researchers, innovators and educators on “bespoke, long-distance cruises, while enjoying the modern comforts and spacious interiors” that come with yacht charter.

The role of CEO of REV Ocean is being defined as the project progresses, says Jensen. She adds that she started with just one other person and now has a team of 23 on staff. She says her work now involves a lot of PR, motivating the team and providing “strategic direction”. It is also about scientific engagement and getting feedback from the scientific community on the boat itself.

Jensen says over 100 proposals have already been submitted, even before an official call for proposals. Some include assessments of environmental impacts of the offshore wind farm industry, plastics distribution in the ocean from surface to seabed, testing of technology to eliminate illegal fishing and creating solutions to environmental damage wrought by aquaculture. The data from such work is to be made available to other researchers. 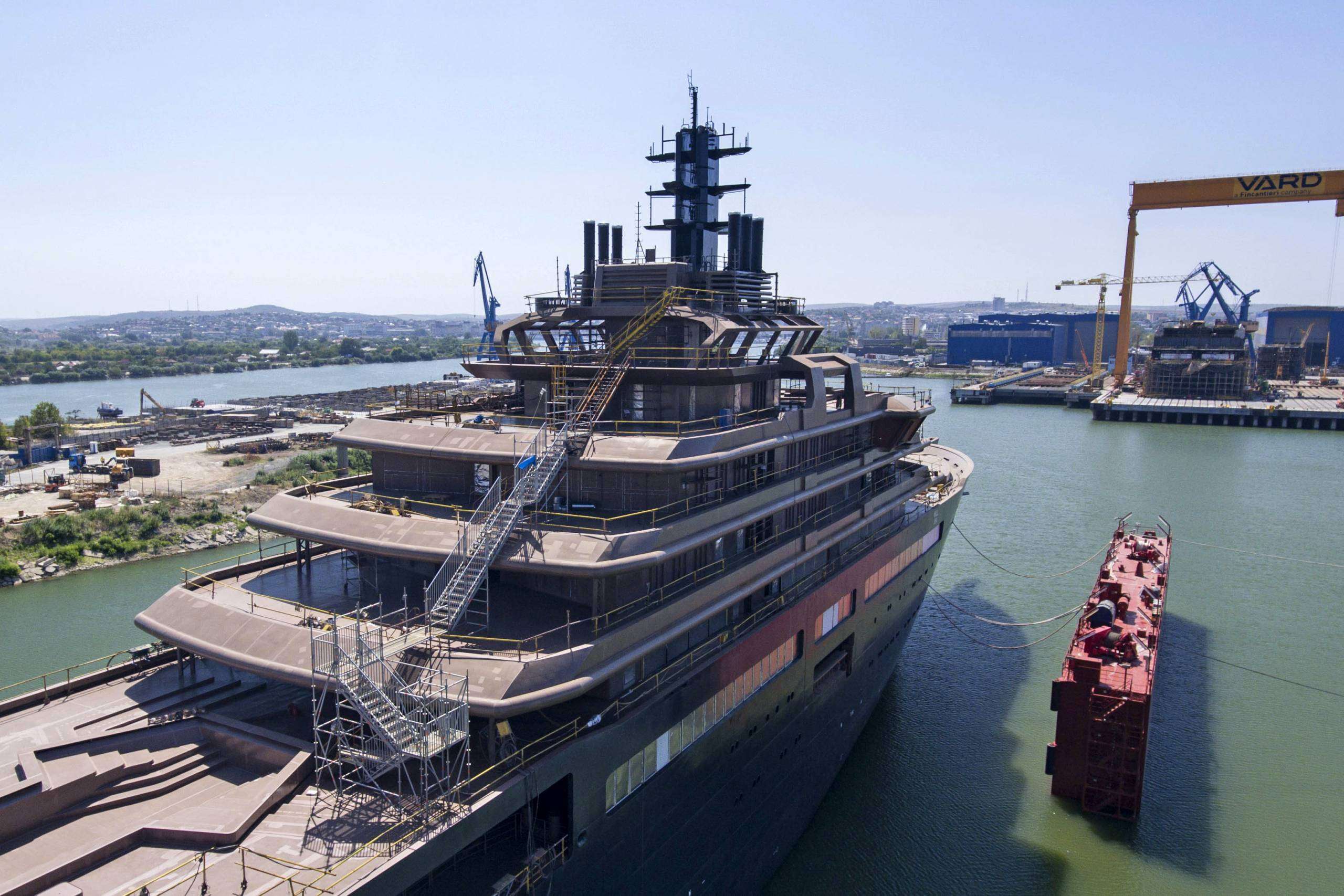 The REV Ocean team did an analysis of threats to the ocean and came up with three that top the list: overfishing, climate change and plastics. Of the three, Jensen says overfishing is the biggest source of damage to the oceans, far above plastics, which normally get all the attention.

The irony is that REV Ocean’s patron, Kjell Rokke, made his first fortune in fishing. Today, his industrial group includes a krill fishing operation that Jensen says is being done sustainably, having incorporated all her recommendations. It is part of the reason why Jensen felt she could work with Rokke on REV Ocean.

Jensen also points out that Aker has begun transitioning into renewable energy through Aker Offshore Wind and carbon capture technology through Aker Carbon Capture. In its second-quarter report, Aker Group announced that it would create Aker Horizons, a new holding company with a portfolio of companies in the renewable energy and green technologies space, adding that the second wave of Covid infections will keep demand for oil below pre-Covid levels “for a long time”.

And knowledge of the ocean courtesy REV Ocean will certainly be a profitable thing for companies switching to sustainable ocean industries.