Stefano Balsamo, founder and head chef of The Italian Club online platform and restaurant group in Hong Kong, recently launched the first of his new dining operations, with maritime flavour 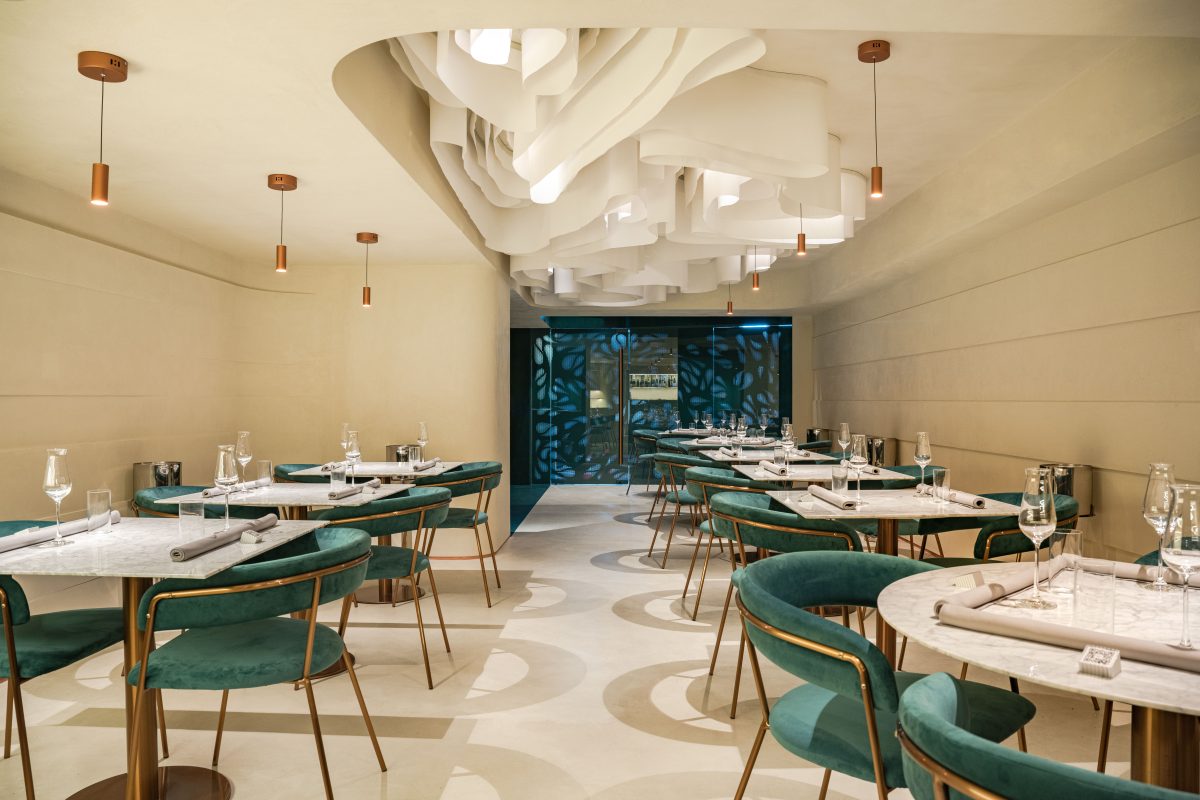 Exclusive in feel, and designed by Pininfarina: The Italian Club Seafood Wine Bar

Behind an inconspicuous frosted-glass door in Hong Kong Island’s once throbbing restaurant and bar neighbourhood, Soho, is a sign of stylish optimism for the city’s top-tier dining crowd and those looking for a special occasion / treat restaurant. Through the door the word ‘club’ in this restaurant’s name – The Italian Club Seafood Wine Bar – does spring to mind. Very well-spaced tables (just 10 of them, plus two seats at the bar counter), the sound of waves occasionally breaking over the audio system, and amid an aquamarine and light sand-toned interior hangs a first for Hong Kong: a ceiling installation that echoes the swirls of seawater, by Italian design firm best known for its work with Ferrari sportscars, Pininfarina. To be precise, this establishment by Pininfarina Architecture department is its first ever restaurant interior design, having previously been commissioned for with the likes of Istanbul Airport Air Traffic Control Tower and a few projects in Brazil, including the world’s tallest twin towers in Balneario Camboriu – which is complete with its own yacht marina.

“This is something that we’re very proud of,” beams affable Stefano Balsamo, the man behind the new dining room that is modelled on the ocean – not only within its menu. “We have been working with them for our online market in China, and when they agreed to help in this, their first restaurant project in the world, called Marea, [which means Tide in English], I was so happy.”

Born in Monza, northern Italy, after many years of working in the food and drinks industry, Balsamo arrived in Hong Kong in 2015 with what he says “was the clear intention of bringing a new experience of food and culture – The Italian Club – to not only Hong Kong but also around the world”.

Prior to Covid-19 in Hong Kong and the preceding social unrest, Balsamo had built a loyal diner and customer base across the territory, with his more casual Italian Club dining outlets, focussed on prime imported Italian ingredients, with menus that were known for quality pasta, pizza and steaks, among other dishes.

While the handful of Italian Club restaurants could not survive pandemic restrictions and were shut down, the online retail foodstuff and drinks business did well, and Balsamo felt that a new upscale dining room focussing on seafood would do well in Hong Kong – opening its doors late last year.

“My family is originally from Sicily – where seafood is key, although we lived close to Milan. I was brought up with home cooking at a very high level, and Milan has some of the best seafood restaurants.” – Stefano Balsamo, founder and head chef of The Italian Club 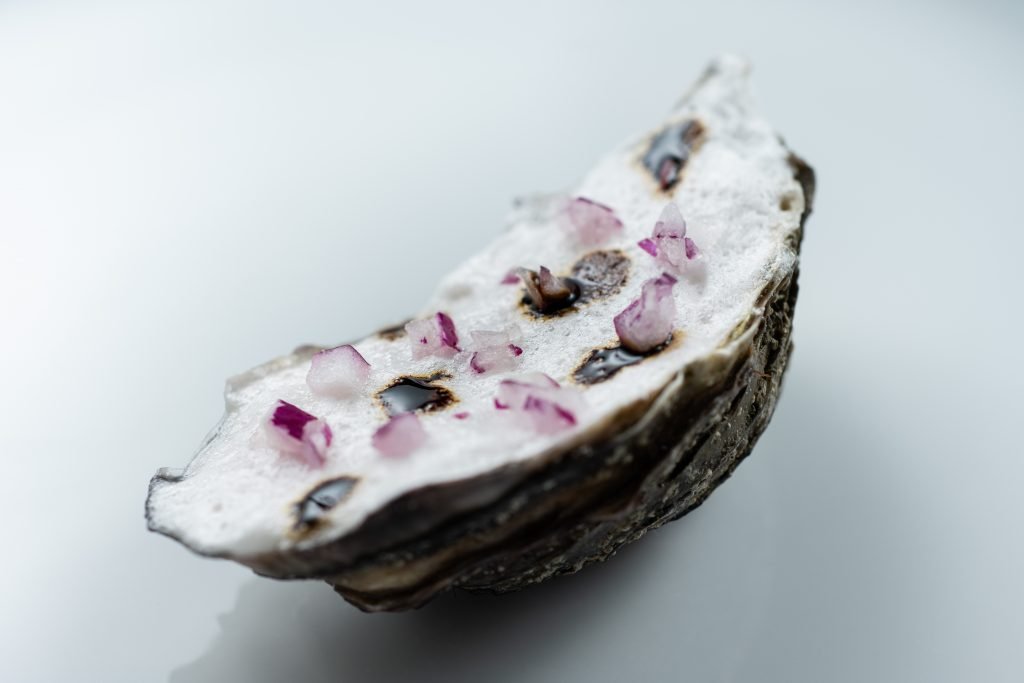 “My family is originally from Sicily – where seafood is key, although we lived close to Milan” he says, “I was brought up with home cooking at a very high level, and Milan has some of the best seafood restaurants. When I started to sell Italian food produce in Hong Kong, I couldn’t find the wonderful kind of seafood restaurants that I could find in Milan or Capri and the Italian seaside.” 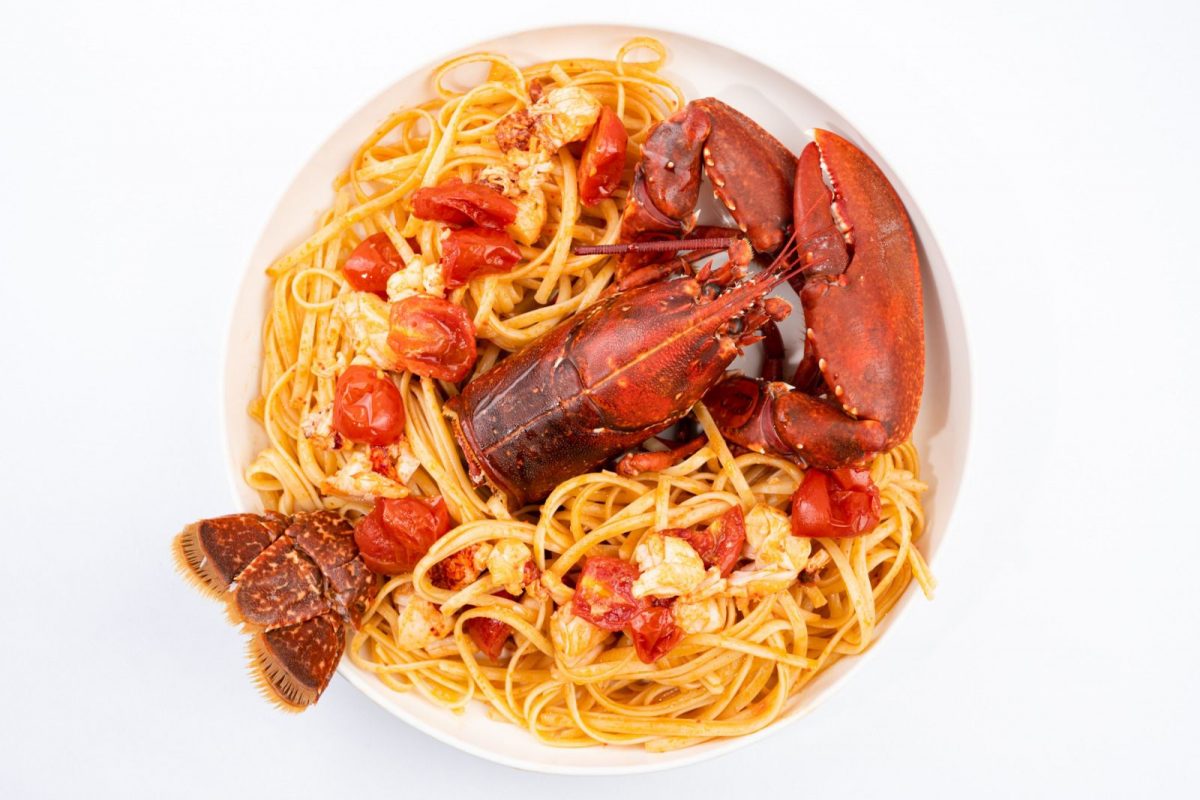 So, he decided to bring to the territory a taste of – wherever possible – Italian fish, crustaceans and molluscs, cooked with traditional Italian recipes, with modern touches. When seafood ingredients cannot be found from Italy, substitutes are sourced from the Mediterranean, as its cooler waters than those in Asia bring different taste and texture. 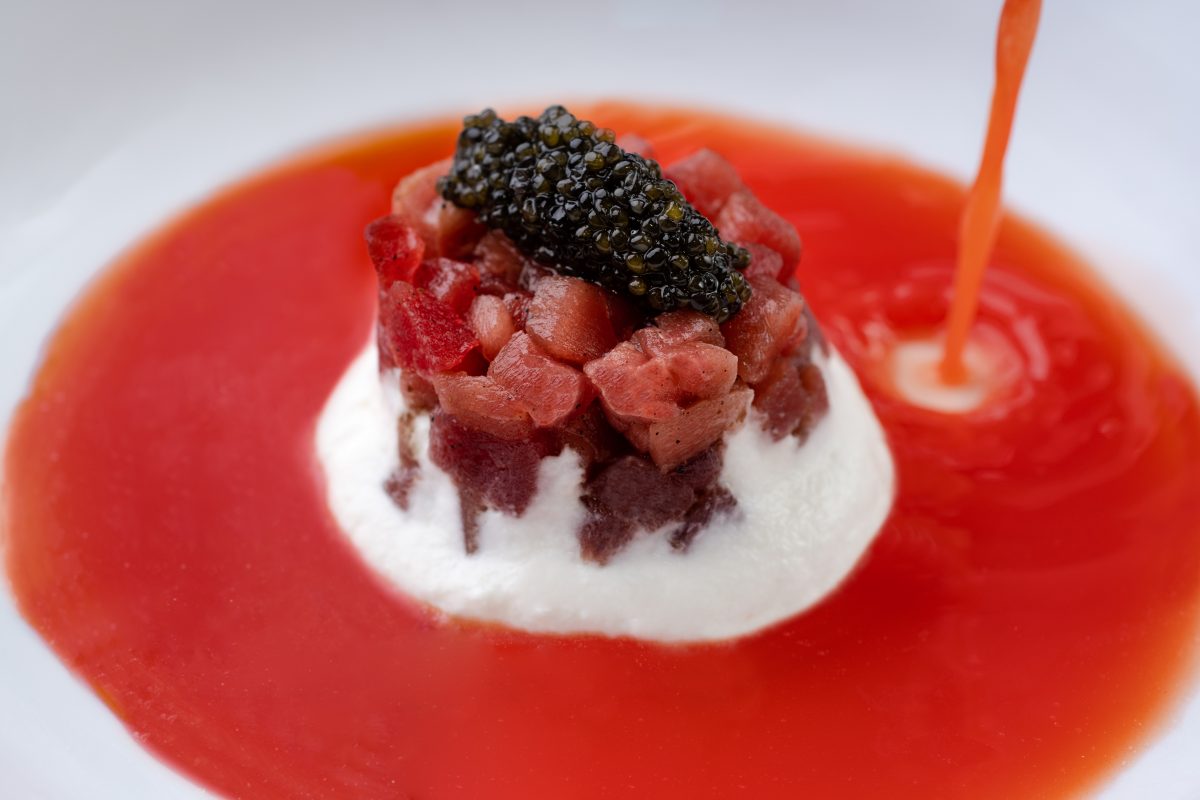 From the two different set seasonal menus at the launch of this dinner-only restaurant – one has five courses, the other has 15 – the spaghetti lobster carbonara, using the reduced fat (not the meat) of the guanciale (cured pork jowl) to cook the seafood, has become an instant signature. Seafood risotto is another hit – starring Sicialian Mazara del Vallo Red Prawn, Hokkaido scallop, Mediterranean octopus, Brittany clams and mussels, Sicilian tuna and swordfish, and blue lobster. Also popular is the starter of bergamot-mint smoked Sicilian sword fish carpaccio, with Amalfi lemon reduction. 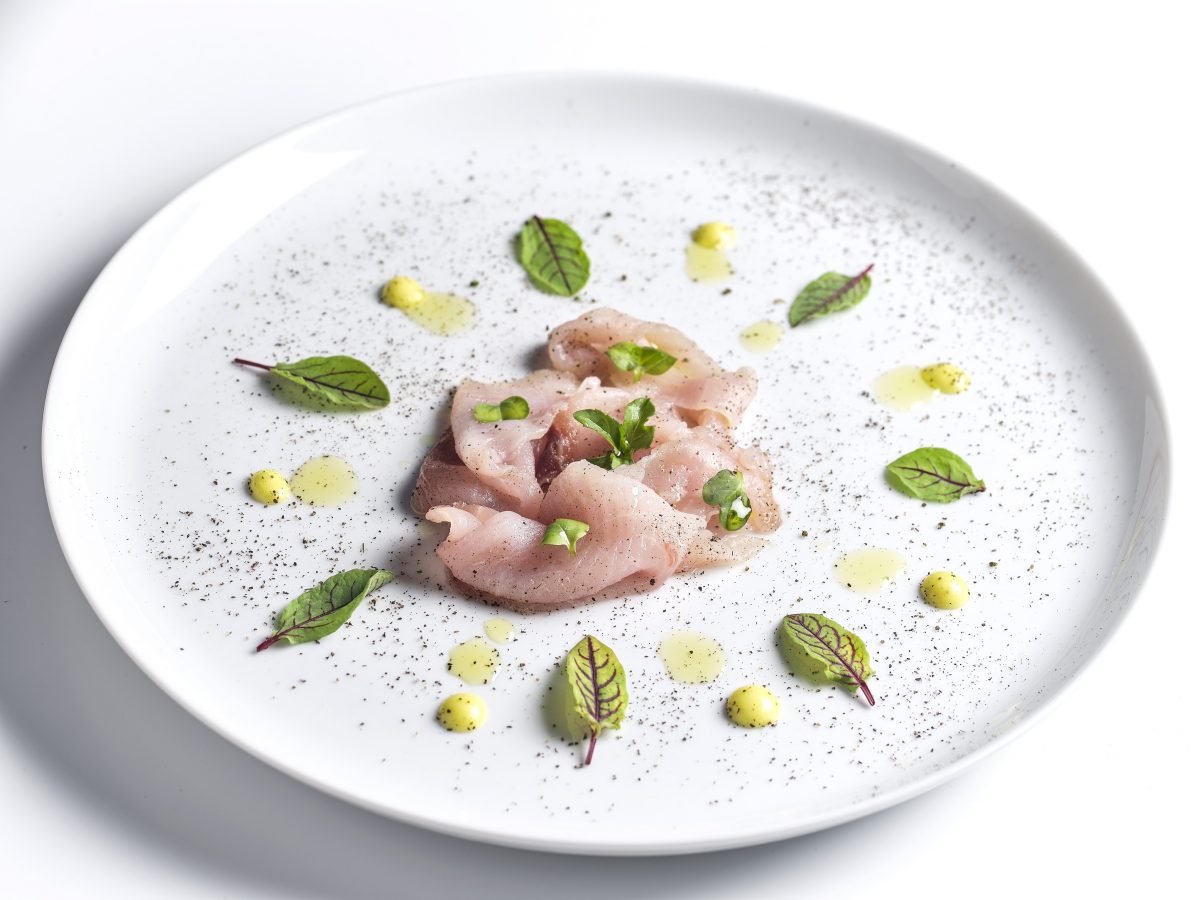 Besides its dishes, this restaurant’s aged balsamic vinegars and premium olive oils – including the rare extra virgin oil grown in the vineyards of Tenuta de San Guido, the producer of ‘super-Tuscan’ wine Sassicaia.

Speaking of wine, the list is hard to rival for its fine Italian wineries and vintages, plus there is a serious Champagne list. As such, the wine pairing option with dinner for those who indulge is a real treat, with several small producers and growers’ labels listed.

While The Italian Club Seafood Wine Bar is the first of Balsamo’s restaurants to reappear in Hong Kong, he says that with the 100,000 customers on his e-commerce portal’s database, and with pandemic restrictions much relaxed he is confident to once again be bring more new restaurants across the territory, each presenting different experiences in Italian-style dining, and drinking. In our interview, he mentioned that one is a Roman trattoria-influenced restaurant that was in the design process with Pininfarina, plus an Italian Club steakhouse with the finest beef from Italy is  due to return.