It’s the holy grail of almost any blue water sailor: a propulsion system that can generate its own power 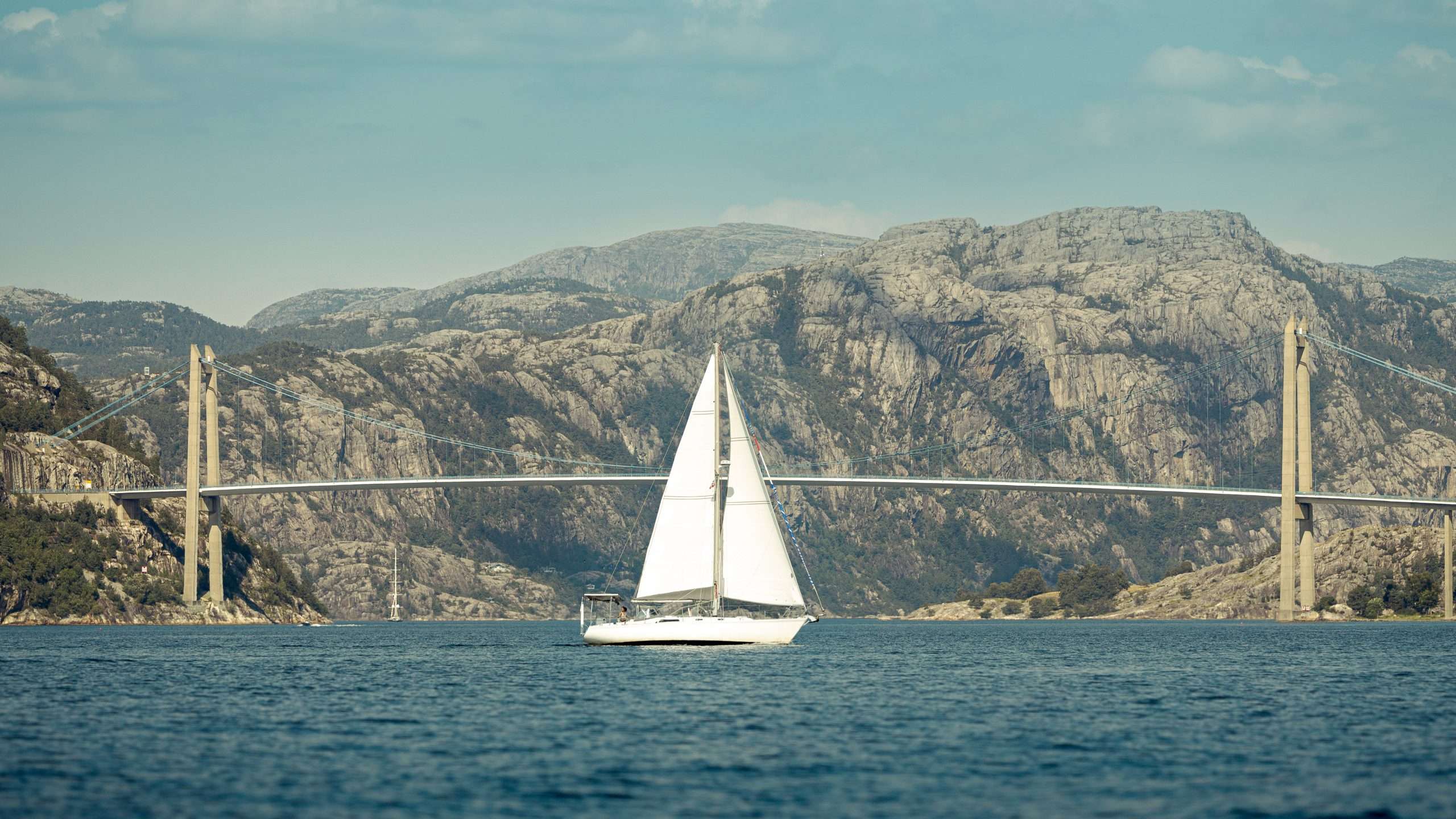 Sailing Uma undertook a wholesale refit on their 1972 Pearson 36

It’s an inescapable law of physics that, if you want to run any transport system and carry your own fuel on board, there’s nothing to match the explosive power of gasoline and its derivatives.

Litre for litre and pound for pound, nothing gives a bigger bang for your buck in such a small tank as diesel. Although it is possible, for instance, to run an airplane on natural gas, the tanks would be so large there would only be enough room for the pilot and the co-pilot. 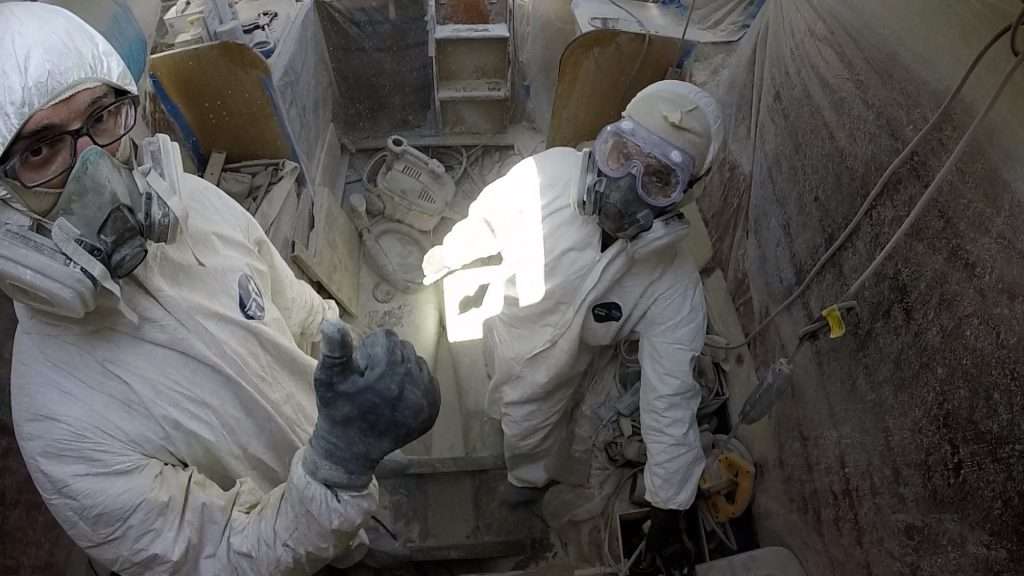 Even with the most advanced lithium boat batteries, range is in the order of tens of miles. By comparison, most mass-production boats of similar size using a diesel engine have a motoring range of hundreds of miles. Even taking into account the wastage of combustion engines – which lose valuable propulsion energy to heat loss, vibrations and noise – diesel is still ten times more energy-dense than batteries.

That said, many cruisers in the age of sustainability are calling time on the catty smell and thrumming racket of the internal combustion engine. Nothing, it seems, spoils the joy of sailing, or a secluded anchorage, more than the noise and smell of diesel engines. Most companies dealing with marine electric systems concentrate on either hybrid systems – systems that use a genset to back up a battery system – or systems that operate in a similar fashion to electric vehicles, i.e. requiring a marina berth to recharge the batteries on land.

New companies that focus on systems that regenerate electrical charge by using the spinning propeller as a dynamo when the boat is under sail power are still few and far between.

Dan Deckert and Kika Mevs, YouTube vloggers whose Sailing Uma channel has more than 330,000 subscribers, ran into illuminating problems when they came to finally getting rid of their five-year-old DIY electric engine kit – a US$100 special that came off an old forklift truck – and getting a new system for their 1972 Pearson 36 sailing yacht.

“Surprisingly, there’s maybe a dozen companies out there building electric motor kits for boats now and the majority of them – including new ones that are under research and development now – aren’t focusing on regen,” he said. 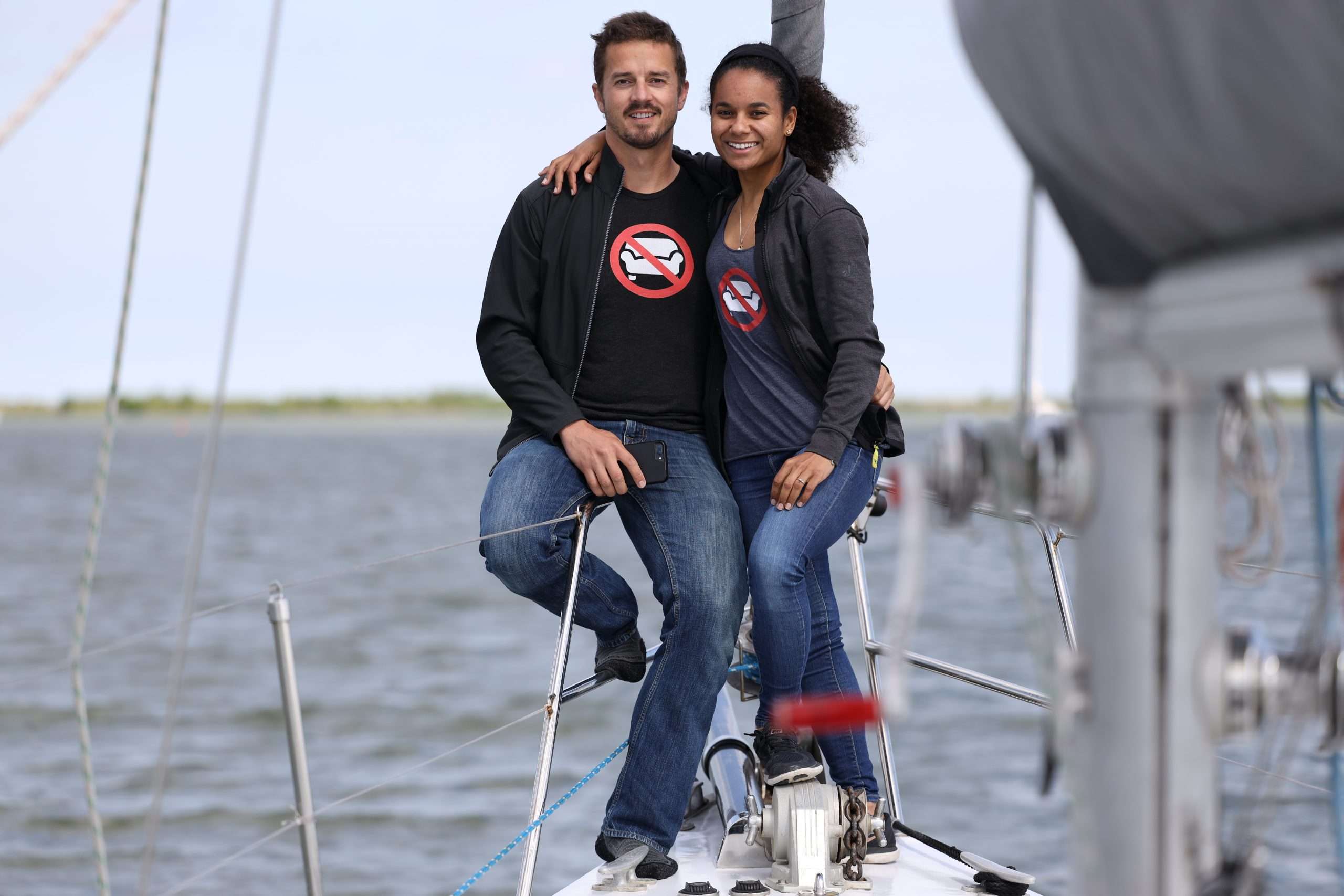 For dedicated eco-warriors such as Dan and Kika, an electric motor made sense since they planned on a world journey that used zero diesel. Also unhindered by a 9-5 job, or the need to get back to dock at the end of weekend’s cruising, the couple felt an electric engine was perfect for their style of sailing.

“Range is the one major downside to an electric motor,” Dan says. “But, with a sailboat, and some adequate sailing skills, we have found we really don’t need a motor as much as we originally thought.”

The couple eventually landed on a second-hand unit from Oceanvolt, a Finnish company that specialises in regen marine electric engines.

Again the issues around regen are questions of physics: how to make a propeller that is small enough to minimise drag, and yet large enough to regenerate the batteries since it takes more force to make an electric motor rotate. 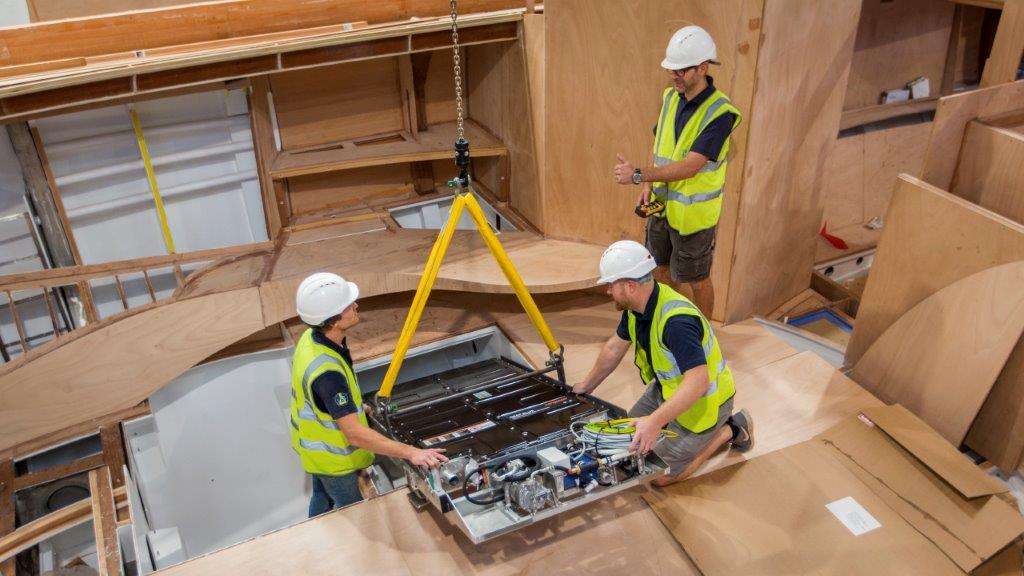 While Oceanvolt’s expensive three-blade folding propellers partially alleviate this problem – and Dan and Kika admit the Oceanvolt system is a top-shelf Tesla-style solution for budget adventurers such as themselves – the performance of folding propellers is still under debate.

Nevertheless, on a sea trial of the system, the couple say that the engine would give them an hour at full throttle doing 6.5 knots; plenty of juice to get out of trouble or to come into a marina.

The real beauty of the system, however, is the regen allowing the boat’s lithium batteries to remain topped up before and after a day’s sailing.

“We’ve been able to test out the regen a couple of times and by the time we’re sailing at 5 knots we’re getting around 50 watts of regen and that’s powered back into our battery bank,” Dan says. “When we get up to 6.5-7 knots that goes up to 200-250 watts. Around 7 knots we’re seeing 300 watts.

“After that, we’ve surfed down a couple of waves and we’ve seen up to 550 watts and even 600 watts momentarily.”

Larger scale applications of regen units have already been undertaken on more expensive projects; one case in point is Spirit Yachts’ new flagship. The 34m sloop Spirit 111 is the world’s largest sailing yacht with electric propulsion designed by the German company Torqeedo.

Range is the one major downside to an electric motor. But with a sailboat, and some adequate sailing skills, we have found we really don’t need a motor as much as we originally thought – Dan Deckert

The Spirit 111 is the largest single-masted wooden yacht built in the UK since Shamrock V in the 1930s and is believed to be the world’s largest sailing yacht with electric auxiliary propulsion. The yacht is powered by a Torqeedo Deep Blue 100i electric propulsion system with four 40 kWh Deep Blue batteries. The company says the electric propulsion system can drive the boat at up to 40 nautical miles at eight knots on the battery alone.

The Deep Blue system, like Oceanvolt, charges the four high-capacity lithium batteries with BMW technology by rotating the propeller shaft while the yacht is under sail.

All components were carefully selected to achieve maximum efficiency with minimum energy consumption.

“It was important to the owner that he can spend the majority of his time away from marinas enjoying sailing and anchoring in bays. Using electric propulsion to regenerate the batteries whilst sailing, the yacht will be able to operate for up to four days at anchor without having to plug into shore power or start the two onboard generators.

“When the yacht crosses the Atlantic, as long as there is adequate wind, she will not need to consume any fossil fuels,” said Spirit Yachts managing director Nigel Stuart.

Specialist projects apart, electric has also been successful at the luxury end of the market, where lithium-ion batteries account for a smaller share of the boat’s overall cost. A 50ft Privilege 5 catamaran and a carbon fibre Gunboat 60 have both been retrofitted with Torqeedo kits, while Oceanvolt appears on a Swan 57 and an all-carbon Agile 42. 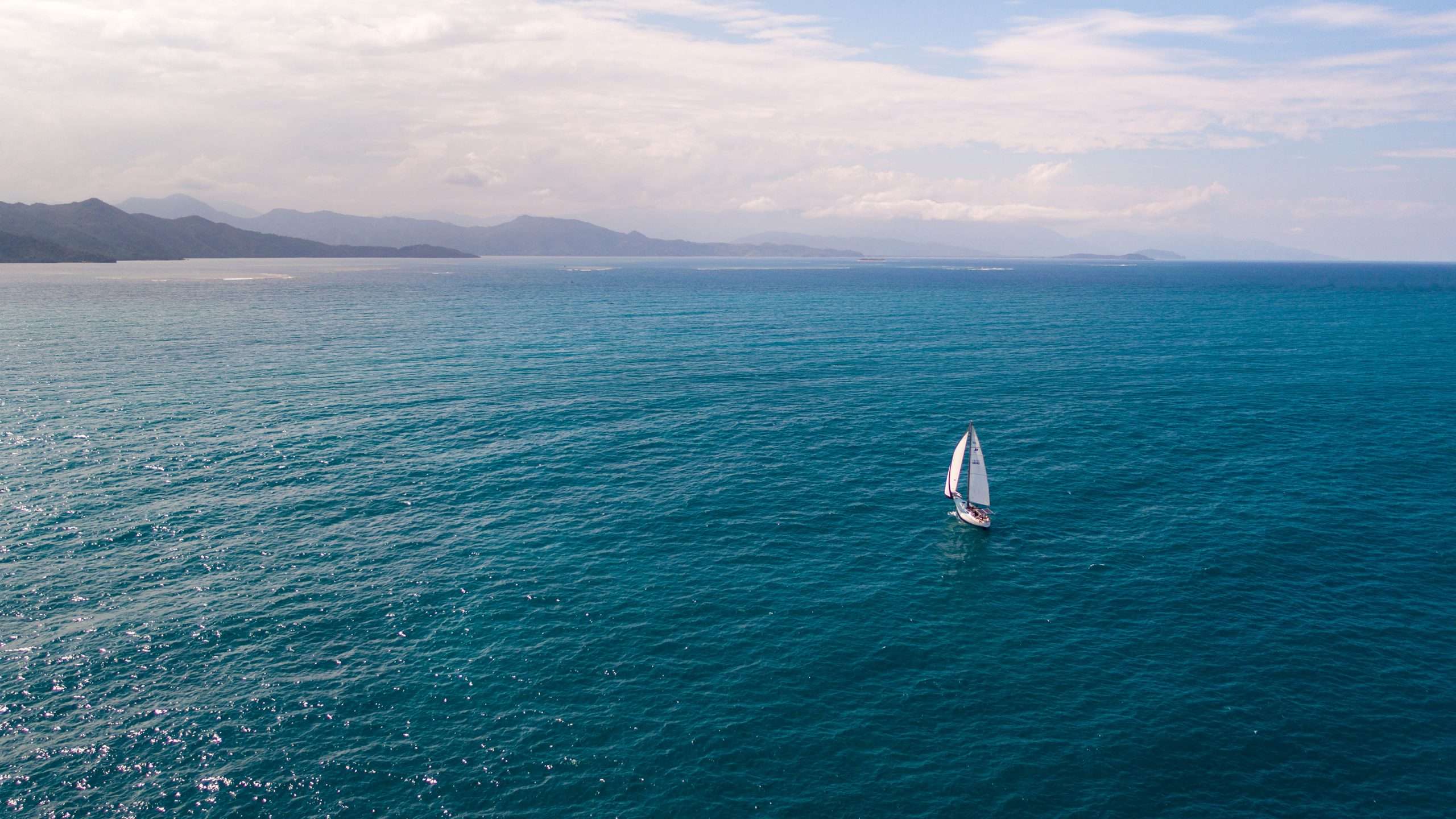 Ultimately, while regen remains attractive, the real Holy Grail, according to developers, will be integrated systems where the solar panels, hydro-generators, batteries, generators and motors all worked seamlessly together to keep the yacht supplied with ample power around the clock.

What people, it seems, are willing to pay for is the kind of energy that can keep heating or air-con going throughout the night. Experts agree that propeller developments may have gone as far as they can with regeneration, but the sky is still the limit with battery technology which improves exponentially every year.

The regeneration revolution, they say, is still a good 10 years away but, like its electric engines, is likely to creep up on consumers and the industry silently.