A flotilla of 106 Riviera luxury motor yachts, ranging from 33ft to 72ft, were rafted together at Awaawaroa Bay on the southern side of Waiheke Island to create a massive circle measuring 234m in diameter. The mega raft-up exceeds the previous Riviera raft-up record of 48 luxury motor yachts in Perth in 2017. 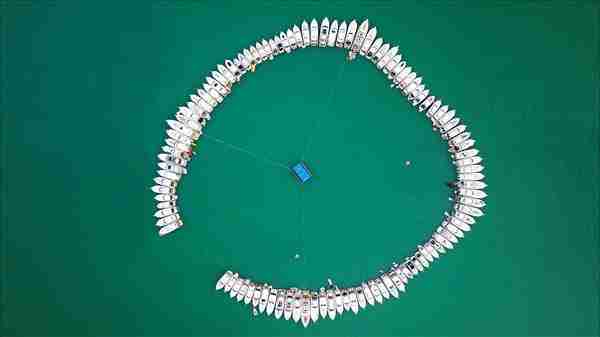 Over 600 Riviera enthusiasts were treated to a highly memorable day and evening on the water, with a host of local stars performing on a purpose-built floating stage in the centre of the circle. 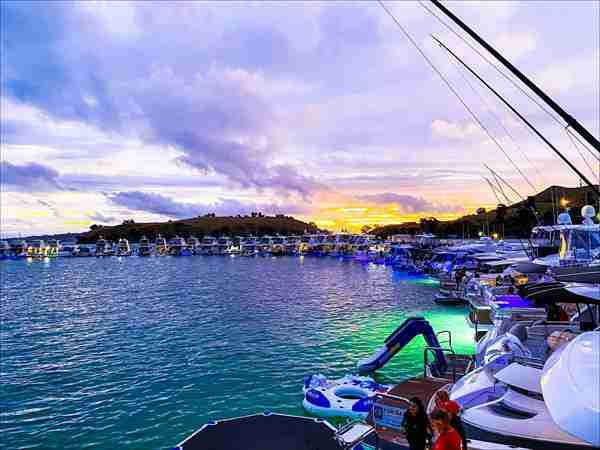 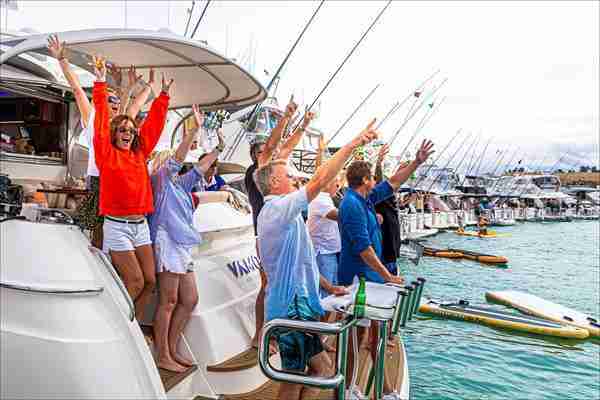 The Managing Director of New Zealand’s Rivera representative R Marine Flagship, Dean Horgan, says the celebration of the 40th Anniversary of New Zealand’s most popular motor yachts – along with the sense of rivalry to surpass an Australian raft-up record –  motivated so many New Zealand Riviera owners to come from afar.

“The largest Riviera raft-up to date was held in Perth in 2017 with 48 Riviera yachts. So, our New Zealand owners have really wanted to take the title from our Australian friends. People travelled from as far south as Gisborne and Whangaroa in the north to take part,” says Horgan.

A team of 30 from R Marine Flagship and Riviera were on hand to help the boats safely raft together, with three Riviera 72 Sports Motor Yachts and a 63 Enclosed Flybridge dropping their anchors at each of the four points of the compass. 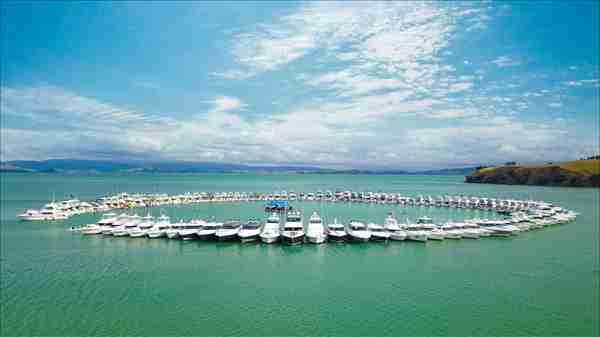 “Fun for the whole family was the theme for the weekend, and it was a fantastic opportunity to reunite the New Zealand Riviera Family of motor yacht owners,” says Horgan. “Over the years, these motor yachts travel far and wide and it’s wonderful to have everyone together to share this incredibly unique experience.”

Founded in 1980, Riviera is Australia’s premier luxury motor yacht builder that operates the largest luxury boat building facility in the Southern Hemisphere on Queensland’s Gold Coast. In the company’s 40th year, it will celebrate the launching of over 5,600 motor yachts that are cruising all over the world.

Riviera owner Rodney Longhurst says the record raft-up showcased the popularity of the Rivera brand and the great friendships within the Riviera Family.

“It’s been my dream to build a world-class company that builds world-class boats,” Longhurst says. “But for it all to come together, we have to have world-class distribution and world-class customers who can come together and put on an impressive spectacle like this. This is a bucket-list moment for me.” 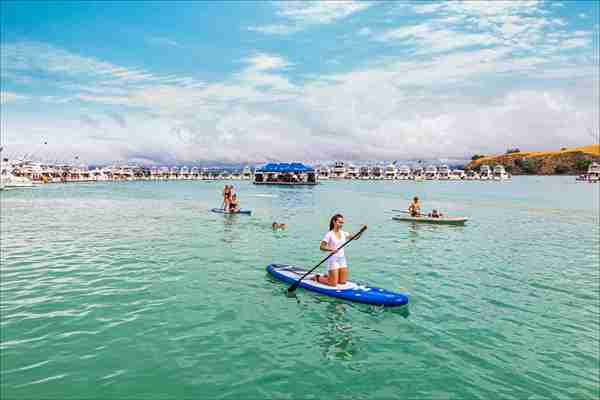 Riviera has a particularly strong following in New Zealand with more than 600 motor yachts now cruising in local waters since the arrival of the first Riviera in 1984.

“Riviera is a trusted brand in New Zealand and is the luxury motor yacht of choice,” Longhurst says. “In a country of such experienced boaters, I am proud that the New Zealanders respect and value Riviera’s craftsmanship, quality, style, innovation and especially our blue water performance.

“We are very happy to begin our 40th-anniversary year celebrations with the largest New Zealand and Riviera Raft-Up ever to be held.

“Bringing together 106 Riviera motor yachts is an immense undertaking and I congratulate the exceptional team at R Marine Flagship for creating and organising what was truly a spectacular event in the City of Sails.”