The Foundation's vessel, powered by just the sun, wind and ocean, is on a five-year expedition to promote clean energy and ocean preservation

The Race for Water Foundation is dedicated to preserving our oceans. Currently on a five-year “Odyssey” sailing around the globe, its mission is to raise awareness of the impact of marine plastic pollution and to propose local solutions to this global problem. 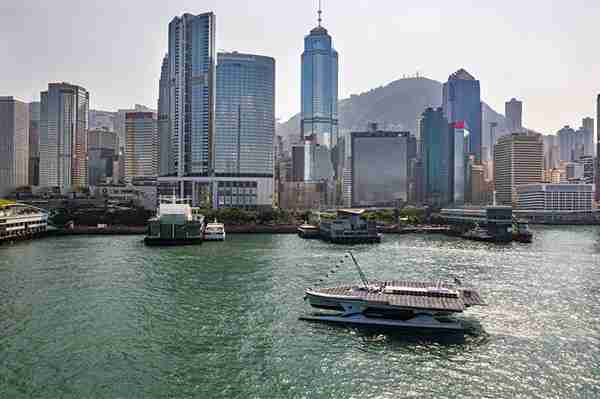 The ambassador vessel, now two and a half years into its expedition, arrived in Hong Kong on Wednesday, October 23rd and is docked at Pier 9 at the Maritime Museum in Central. The press, guests and partners were hosted on board on Friday the 25th at the official press conference.

The 114-foot catamaran is the world’s largest vessel to be powered solely by renewable energies. It is a unique ambassador of energy transition, demonstrating that it is capable of travelling the world solely using a combination of clean energy sources: solar power with the sun, wind power through a 40sqm towing kite and hydrogen converted into electricity. 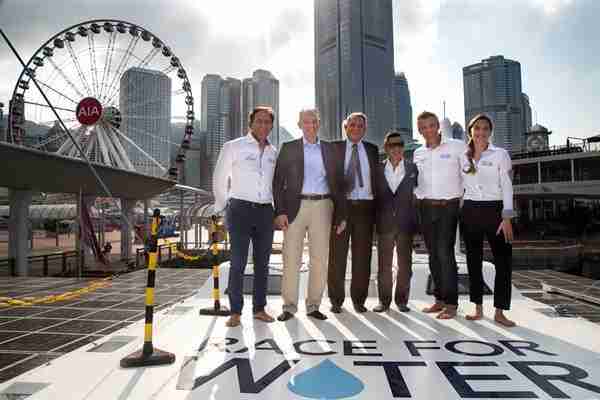 All those present at the conference highlighted the importance of collaboration to tackle the complex and growing issue of plastic waste and pollution not only in Hong Kong but across the globe. 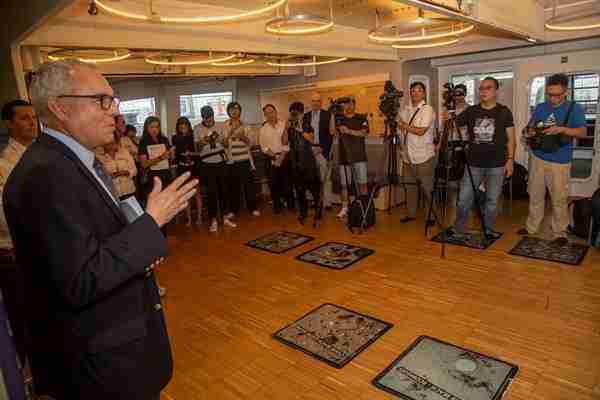 During the stopover in Hong Kong, the Race for Water Odyssey will take part in a series of events, including a ‘Plastic Waste to Energy’ workshop, which will bring together a cross section of key decision-makers, business leaders and NGOs – in order to introduce BIOGREEN, Race for Water’s plastic waste to energy solution, as well as facilitate discussions and alliances for the future.

There is also a comprehensive schedule of educational visits planned for school children and other organisations. Over 1,500 visitors will be hosted during the Hong Kong stopover. 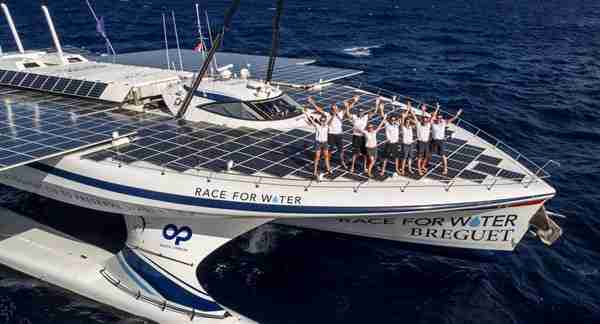 A working showcase for energy transition whilst underway, the vessel transforms into a fabulous platform to host these events when in harbour and to emphasise the importance of preserving our oceans.

Setting sail from Lorient, France, on April 9, 2017 for its five-year circumnavigation of the globe, the Race for Water vessel, now on its 22nd stopover, will remain docked at the Hong Kong Maritime Museum until the November 9. 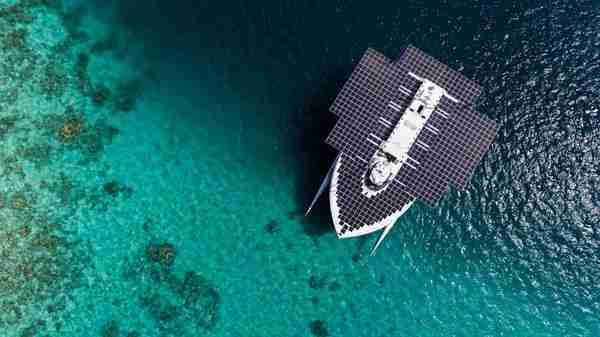 People interested in visiting the vessel can register for free (minimum age is 8 years of age) online and also receive a free entry to the Hong Kong Maritime Museum: http://bit.ly/raceforwaterodysseytour