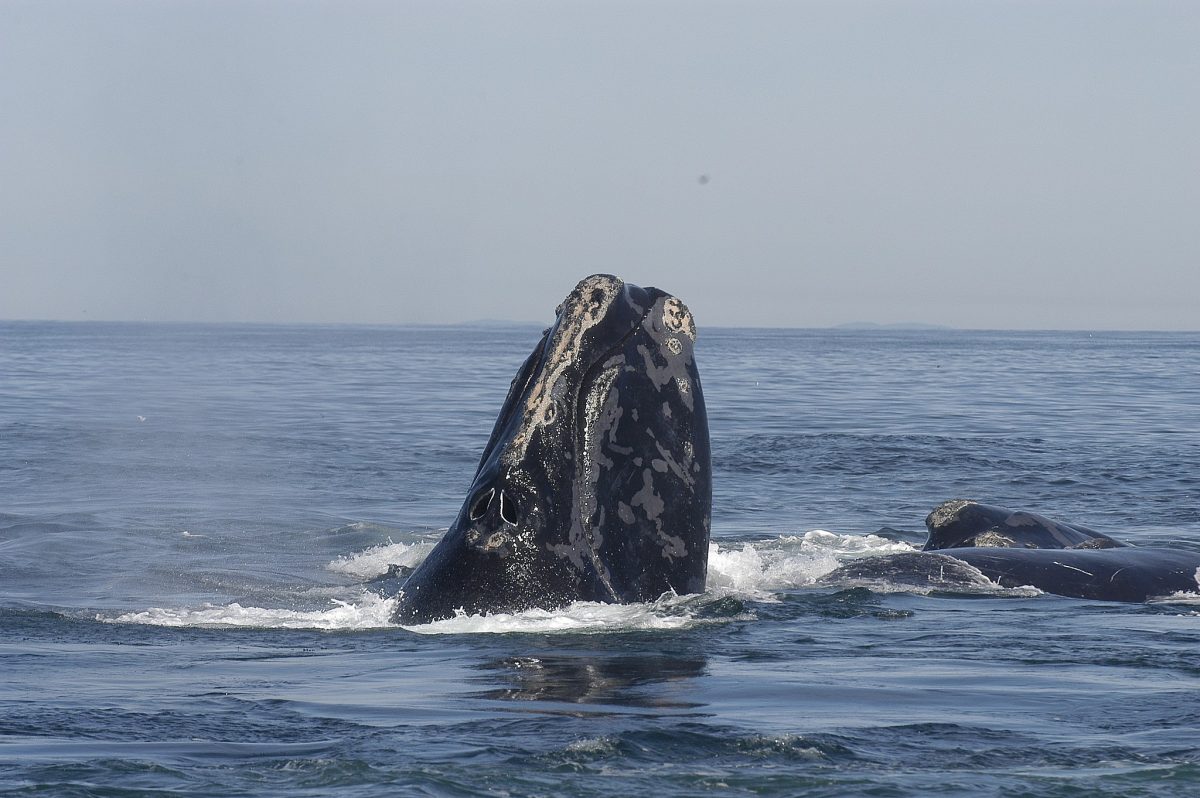 The nonprofit is asking the government to ensure the protection of pregnant females, lactating mothers and calves during the current calving season.

North Atlantic right whales are especially vulnerable to being hit by boats during the calving season since the mothers and nursing calves spend more time swimming at the water’s surface, increasing the possibility of boat strikes.

Earlier this year, the National Marine Fisheries Service proposed new vessel speed regulations to address the ongoing threats affecting North Atlantic right whales. Nearly 20,000 Oceana members and supporters commented in support of the proposed regulations that are currently under review. While final changes to existing rules are not expected until well into 2023, the calving season is currently underway off the southeast U.S. coast from South Carolina to Florida.

“We are sounding the alarm for our government to step in and establish immediate protections for North Atlantic right whales during the calving season,” says Oceana campaign director Gib Brogan. “As the nation’s steward of our oceans, it is Secretary Raimondo’s responsibility to take action to protect these critically endangered whales.

“Right whale mothers are currently heading south to the warm coastal waters of South Carolina, Georgia, and northern Florida to calve with grossly inadequate protection. These whales are faced with a number of life-threatening perils along their journey – boat collisions and entanglement in fishing gear remain the top two causes of death for the species. While broader and permanent safeguards are desperately needed, the government must take immediate action now to protect these mothers and their newly born calves today.” 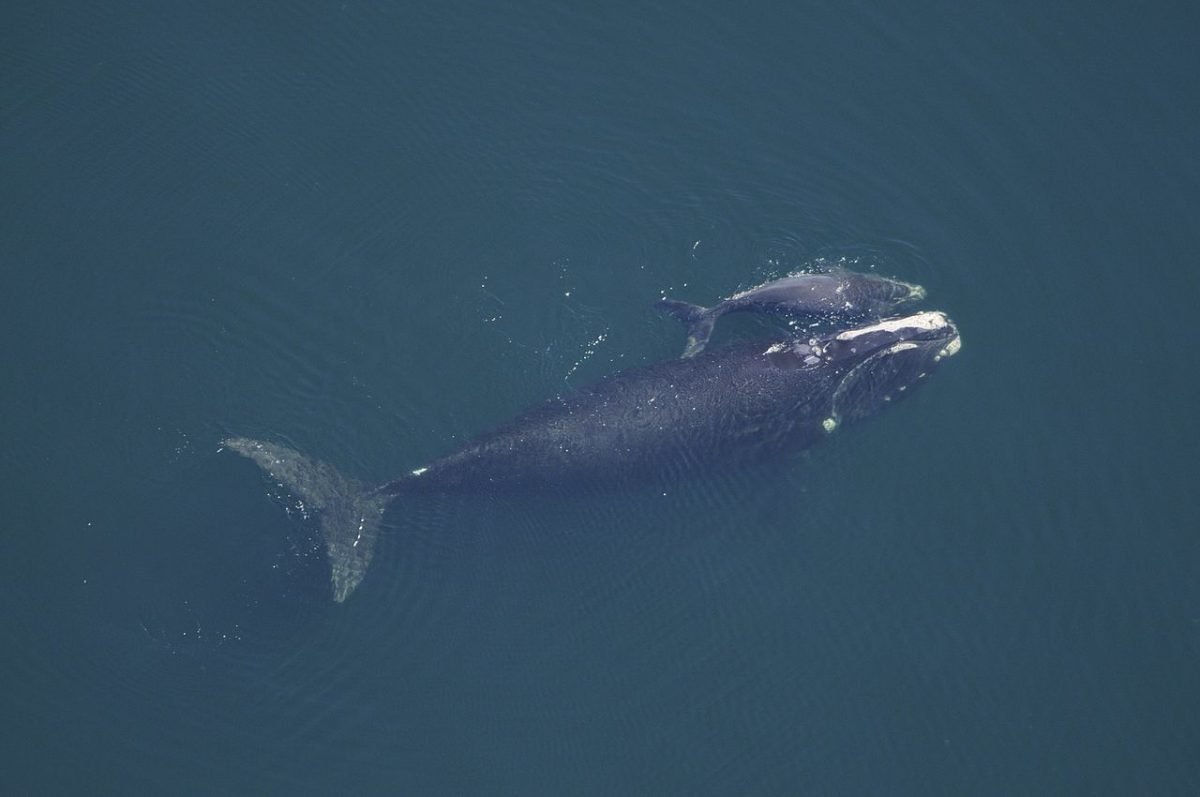 Oceana is calling on the National Marine Fisheries Service to use its authority and responsibility under the Endangered Species Act and Marine Mammal Protection Act to implement the following measures immediately until the updated final rule is in place:

Modify the Seasonal Speed Zones (“SSZs”) for the Atlantic, Great South Channel, North Carolina, South Carolina, and the Southeast region as defined in the Proposed Amendments;

Implement the mandatory Dynamic Speed Zone (“DSZ”) “framework” as defined in the Proposed Amendments, while enhancing and clarifying the DSZ trigger to include the presence of a mother-calf pair, instead of limiting the trigger to “three or more whales in close proximity;” and

Expand the size class of boats currently subject to speed restrictions to include most vessels greater than or equal to 35 ft in length.
In October, the North Atlantic Right Whale Consortium released its new population estimate for North Atlantic right whales, which stands at only around 340, including around 80 breeding females.

Since 2017, 15 North Atlantic right whales have been victims of documented boat strikes leading to death or sublethal injuries in U.S. and Canadian waters. These injuries were from boats of all sizes, and research suggests this data likely grossly underestimates the true number of collisions.

Multiple studies show that slowing boats to 10 knots reduces a North Atlantic right whale’s risk of death by boat collision by 80 per cent to 90 per cent.

“Every North Atlantic right whale birth offers a chance for recovery of this critically endangered species. With birth rates down and continued deaths from human causes, the window for being able to turn the tide for these whales is frighteningly narrow. Our government has the necessary tools to give them a fighting chance for survival and it should implement them immediately,” Brogan adds.

Scientists estimate that less than one North Atlantic right whale per year can perish due to human causes for the species to have a chance at survival and recovery.

North Atlantic right whales were named for being the “right” whale to hunt because they were often found near shore, swim slowly, and tend to float when killed. They were aggressively hunted, and their population dropped from peak estimates of up to 21,000 to perhaps fewer than 100 by the 1920s. After whaling of North Atlantic right whales was banned in 1935, their population increased to as many as 483 individuals in 2010. Unfortunately, that progress has been reversed.

Collisions with boats is a leading cause of North Atlantic right whale injury and death. They are slow, swimming around 6 miles (or 9.5 kilometers) per hour, usually near the water’s surface. They are also dark in color and lack a dorsal fin, making them very difficult to spot. Studies have found that the speed of a vessel is a major factor in vessel-related collisions with North Atlantic right whales. At high speeds, vessels cannot maneuver to avoid them, and they swim too slowly to be able to move out of the way. This puts them at great risk of being struck, which can cause deadly injuries from blunt-force trauma or cuts from propellers.

Entanglement in fishing gear used to catch lobster, crab, and other species is another leading cause of North Atlantic right whale deaths. Around one-quarter of the population is entangled in fishing gear from the U.S. and Canada each year, and about 85% of whales have been entangled at least once. Ropes have been seen wrapped around their mouths, fins, tails, and bodies, which slow them down; make it difficult to swim, reproduce, and feed; and can cause death. The lines cut into the whales’ flesh, leading to life-threatening infections, and are so strong that they have severed fins and tails, and cut into bone.