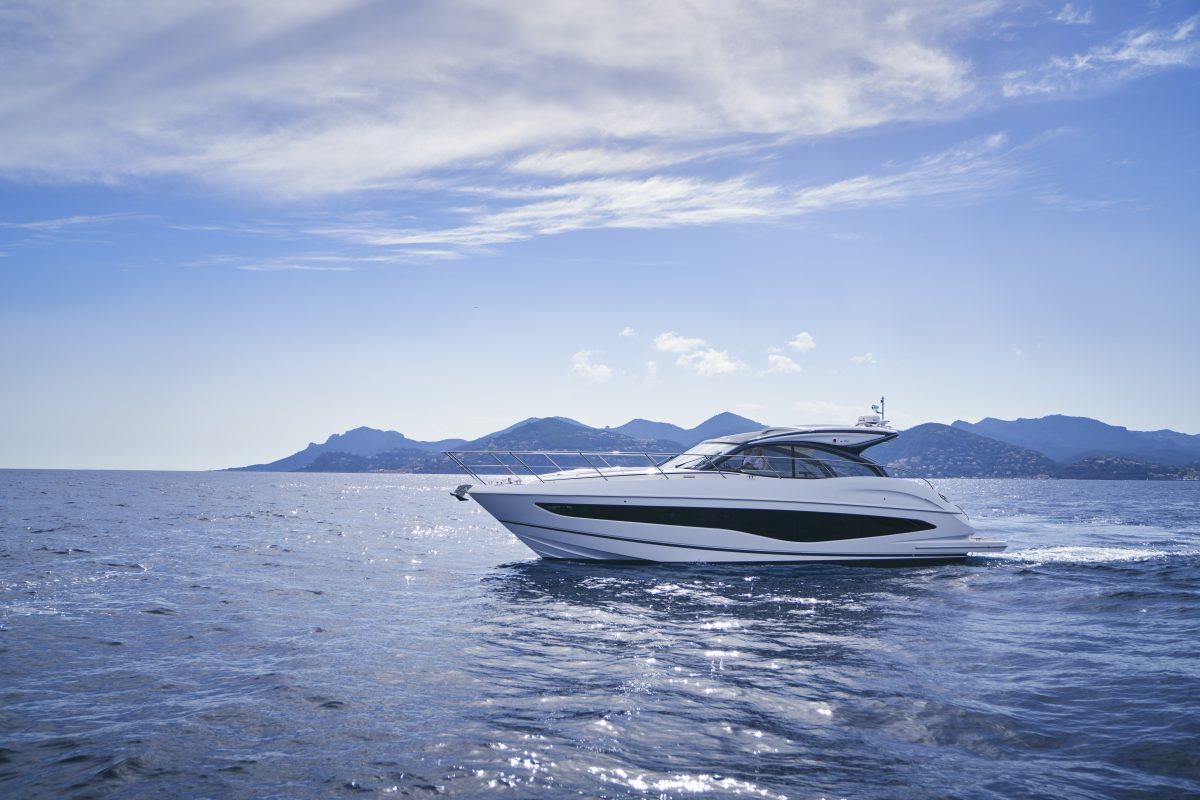 Princess Yachts, the UK’s largest luxury yacht manufacturer, has showcased a seven-yacht line-up at this year’s Cannes Yachting Festival 2022, including the world premiere of the all-new Princess V50 Open.

Drafted by the Princess Design Studio in collaboration with naval architects Olesinski and Italian design house, Pininfarina, the V50 has been created using an all-new hull, deck and canopy moulds to redefine one of the core models in the range. At the heart of the new deep-V hull are compact, yet highly efficient, twin Volvo IPS650 pod engines that can deliver maximum speeds of over 30 knots. 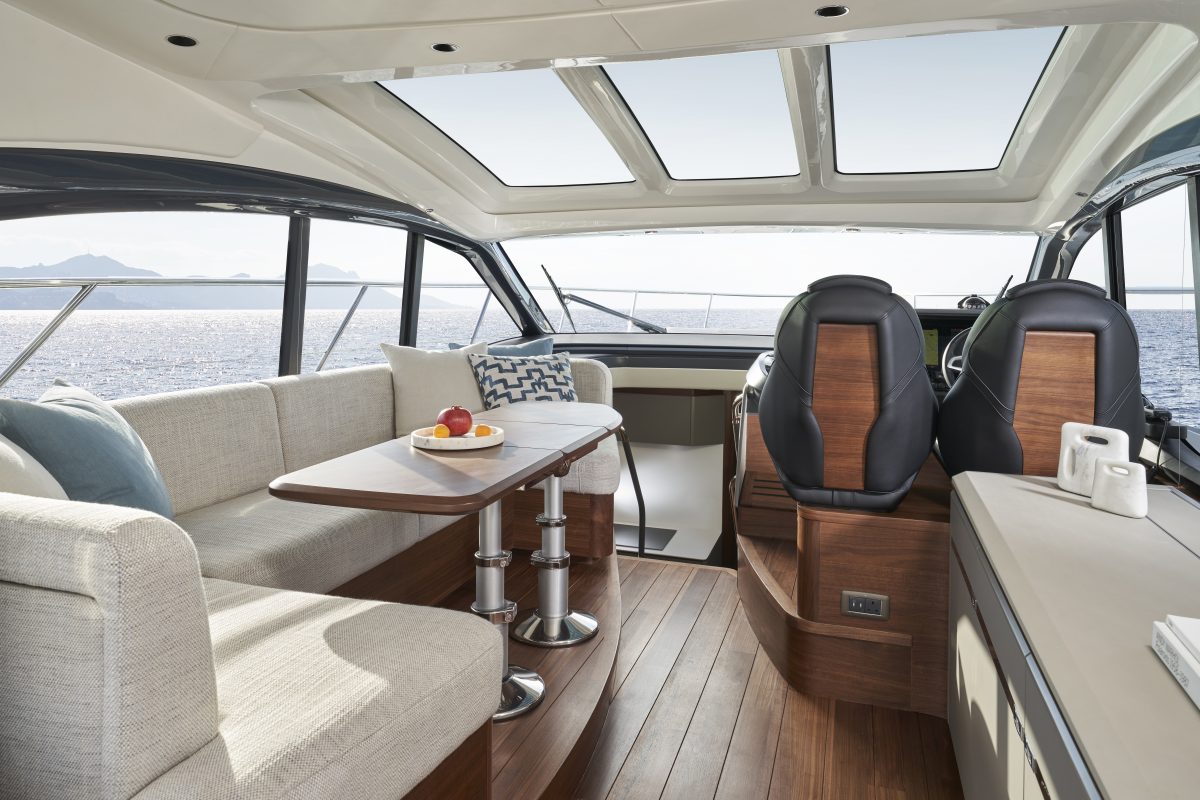 The Princess design team brings a sizeable cockpit arrangement and bathing platform to maximise outdoor living space, with an elongated canopy that provides a comfortable shaded area to escape the heat of the sun. The main deck features a U-shaped dining area with an outdoor galley opposite.

Further forward, the helmsman and navigator are perfectly positioned; the bespoke twin helm seats are raised for clear sightlines through the single-pane windscreen. The large sliding roof section with integrated glazing above offers the total flexibility of a truly open boating experience. 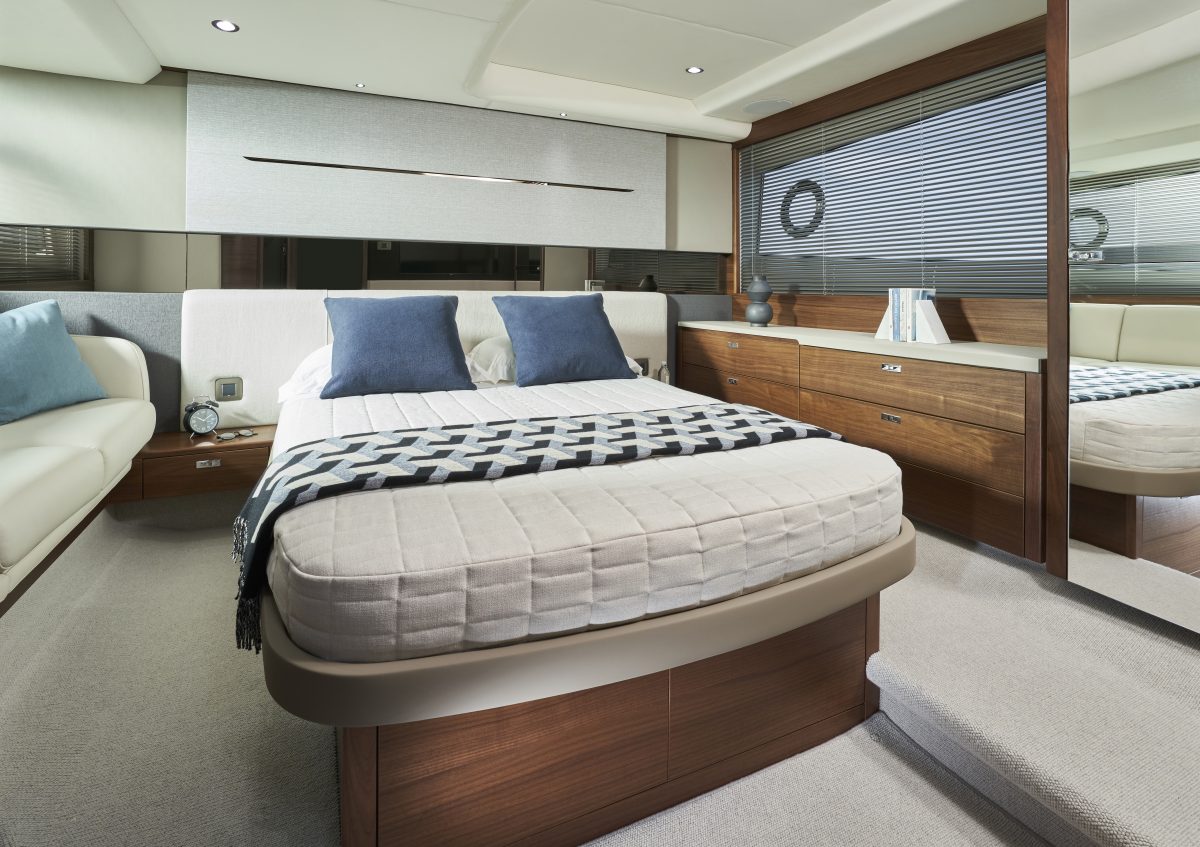 Will Green, executive sales and marketing director, says: “We are delighted to return to Cannes in 2022 in full force with an exciting line-up of new Princess craft. We will also be able to share the latest news of new projects both in build and under development as the next twelve months will represent a record year of all-new launches from Princess; the V50-Open here in Cannes, followed by the new raised-pilothouse Y95, flybridge F65, the X80, V50 Deck Saloon, S72 and Y80.” 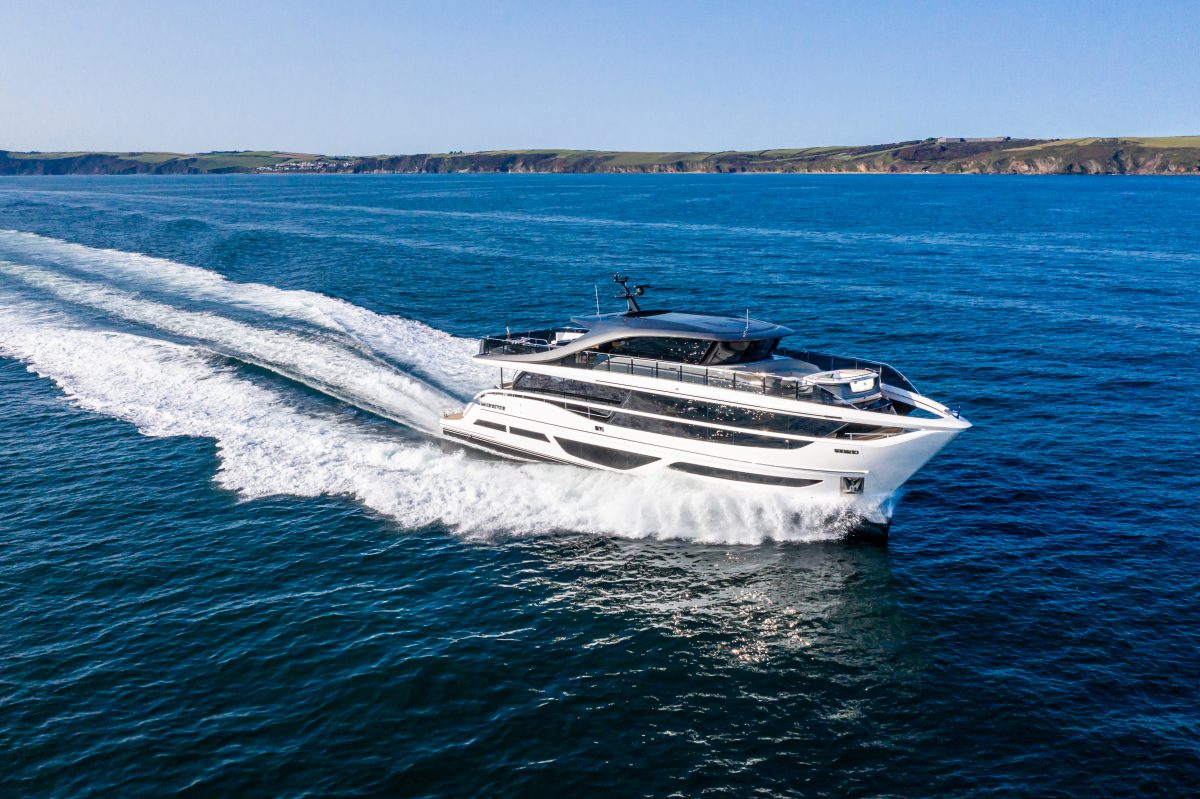 Speaking at the company’s annual press conference in Cannes, executive chairman Antony Sheriff said Princess has had a record year, with an order book that totals 544 boats worth around US$1billion: a “notable commercial success”. To cope with demand, the company plans to build a new major facility at its South Yard site in Plymouth, UK.

He added that, despite the fact that the company is still suffering supply chain difficulties like many other boatbuilders and industries, its relationship with suppliers is good.