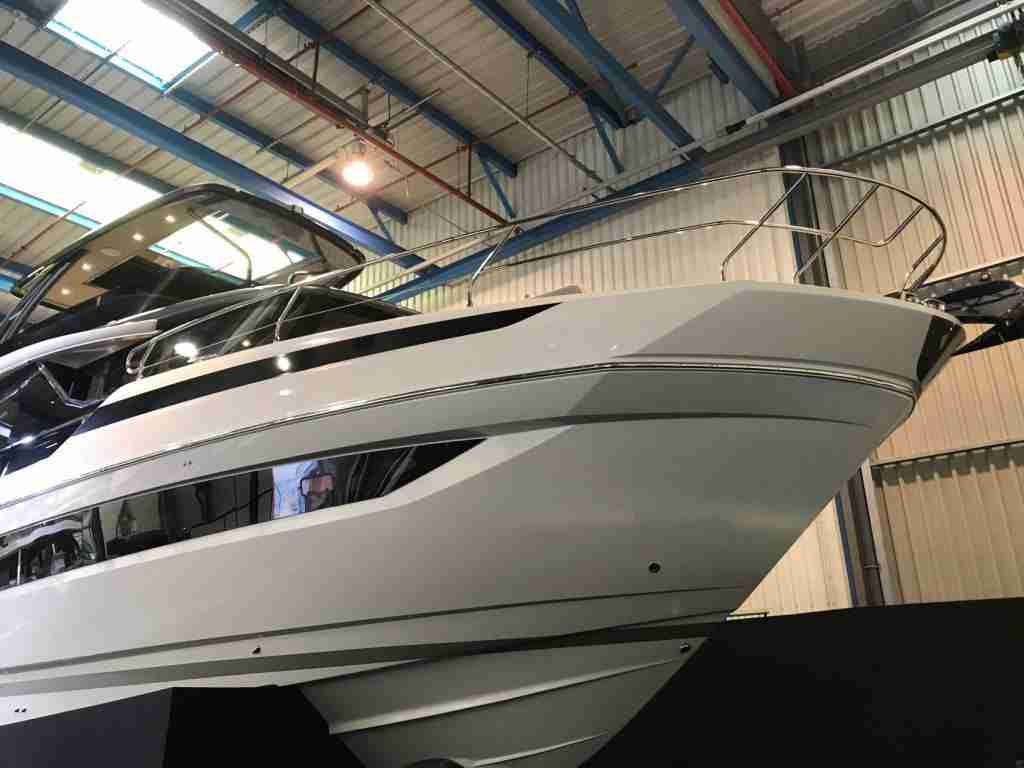 Prestige Yachts, the upmarket motor yacht division of Beneteau Group, opened its doors in November during its Exclusive Days event, welcoming press and VIPs to the shipyard in Les Herbiers, a village in the Vendee Department of France. This was the 10th edition of the annual Prestige Exclusive Days, which saw press and over 200 VIPs visit the yard to get a first look at the new X60 and see the facilities. 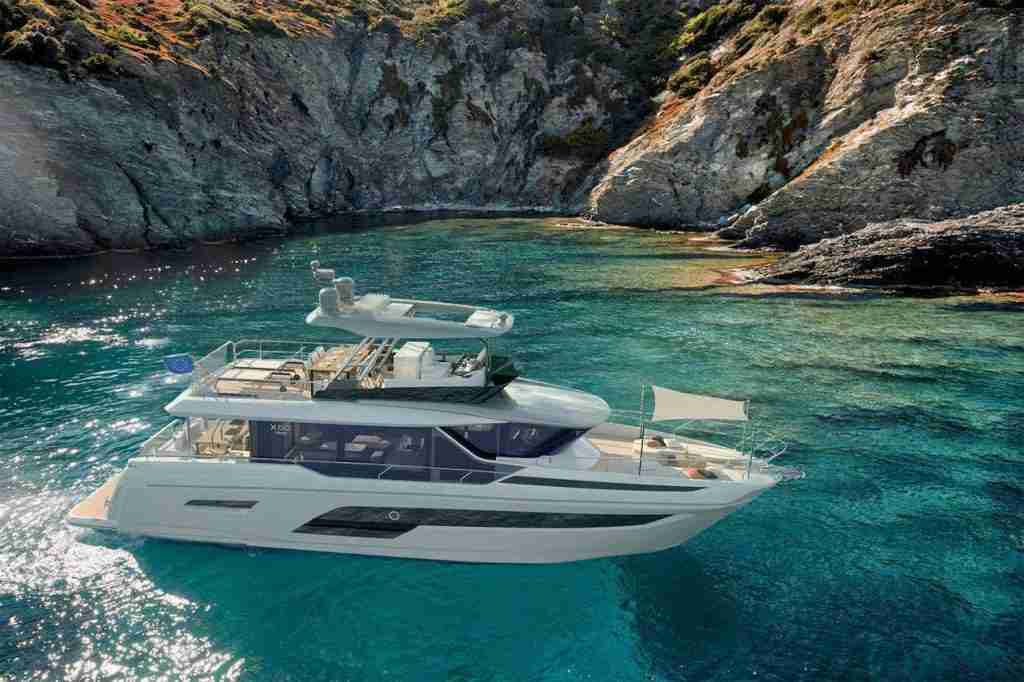 Les Herbiers has a population of just 16,000 and the factory – one of Beneteau Group’s key production sites – is a huge presence, covering over 16,000sqm. “I think everyone knows or is related to someone who works here,” said Bamps as he drove a group of journalists through the yard. The shipyard is already so big that a major motorway actually cuts through the facility thanks to relentless expansion over the decades. 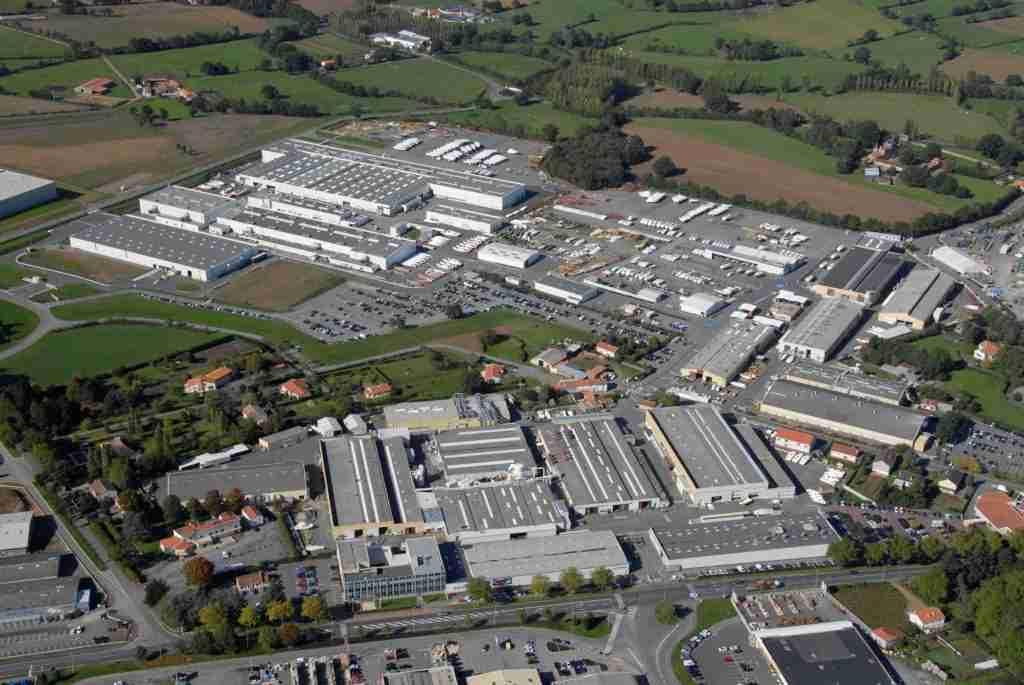 The yard is now running at full capacity – or perhaps more than full capacity. On our tour of the yard, there were no spaces or slots left empty. Like many builders these days, the main challenge is getting all the supplies needed to keep up with demand.

The factory in Les Herbiers first began production in 1957 with Jeanneau, later adding Prestige in 1989. Since then, Prestige has honed and perfected its production capabilities.

At the press portion of the event, the new X60 was showcased to the media for the first time. This yacht is a continuation of Prestige’s X line, which began with the startling new X70. The new X60 makes use of a proven hull form while adding in the crossover features that are part of the X-line. The X60 also has an asymmetric layout, which drastically widens the main deck saloon and boosting the interior volume.

In line with its position as the premier brand of Beneteau Group, Prestige has worked hard on perfecting the understated luxuriousness and quality of its interior finish. The yard recruited Italian interior designer Valentina Militerno to work on the layout and create the finishing touches on the saloon and master cabin that tickle the senses. That work even extended to the smell – Prestige consulted a French perfume maker to develop the right scent for its new X60.

The new multihull line, announced by Prestige at the 2021 Cannes Yachting Festival, is still shrouded in secrecy, though work is progressing. A major announcement is expected at the forthcoming Boot Dusseldorf, next January. Having had a sneek preview of the new catamaran series, it is a sure bet that there will be plenty of sales once details are officially revealed.

Meanwhile, the new X60 has yet to hit the water, but when she does, the boat is sure to be a great performer. The hull is from the Prestige 590, so it is a proven design. The interiors are sure to please, particularly the large volumes on board. The X60 has a range of about 250 nautical miles at her cruising speed of 20-21 knots. 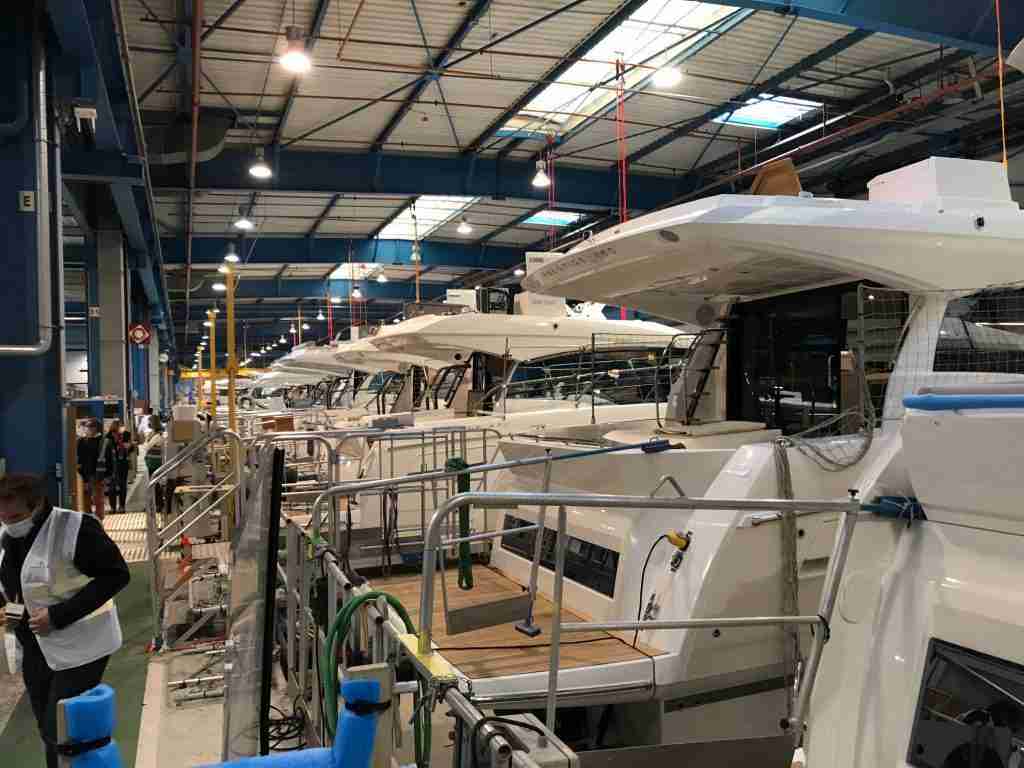 Prestige yachts nearing completion at the final stage of the production line, which is operating at capacity

At the end of the Prestige production line, there are yachts in every slot with many more carefully prepared for shipping just beyond. It is a sign of the times that the yard should be so full. The main question that may be left to the board of Beneteau Group is how to expand production.