Two superyachts over 50 metres now in build at Perini Navi

Famed superyacht naval architect Philippe Briand has confirmed that two Vitruvius superyacht projects currently in build at Perini Navi are for Hong Kong owners. Briand, who founded Vitruvius Yachts to design and market a range of sleek explorer and expedition yachts, said in an interview with Asia-Pacific Boating that the two yachts, one 53 metres and the other 56 metres, were nearing completion.

Briand has developed a significant footprint in Hong Kong, having worked on the design for New World Development’s Pavilia Bay luxury residential project. Adrian Cheng, CEO and executive vice-chairman of New World Development, reportedly selected Briand and Vitruvius to design Pavilia Bay after seeing the motoryacht Exuma, which launched the Vitruvius brand over ten years ago. Exuma was also built by Perini Navi. 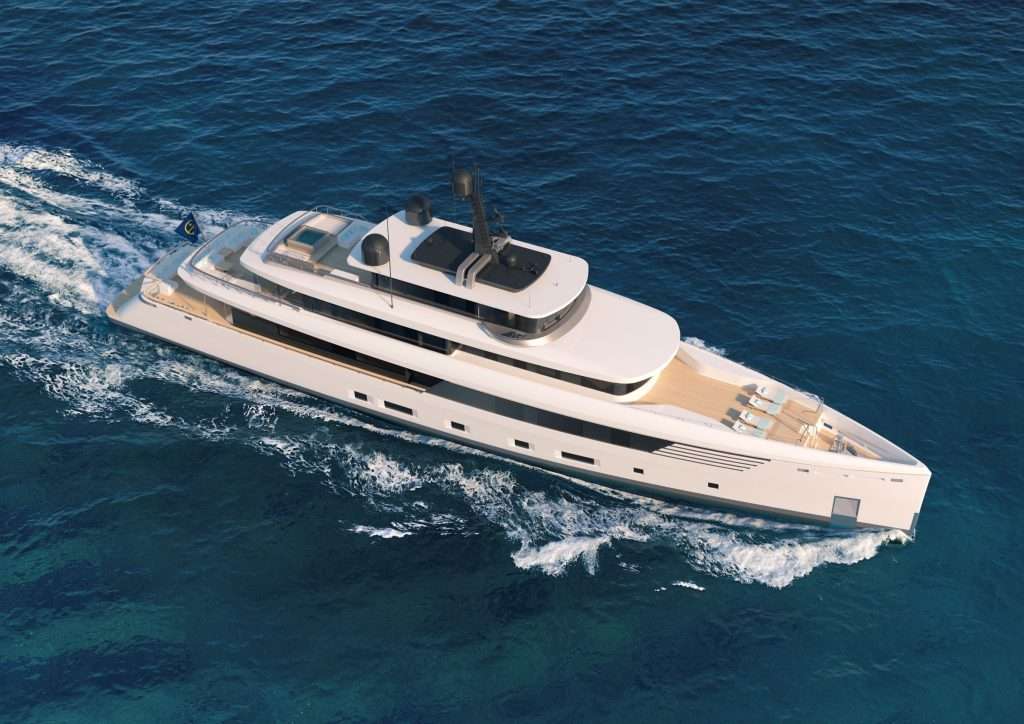 The 56-metre Voyager yacht in build at Perini Navi

Both the 53- and the 56-metre yachts are part of Perini Navi’s Voyager collection of explorer motoryachts, designed by Vitruvius. The Voyager series follows on from the design and styling of Exuma, Galileo G and Grace E, the most significant launches by Vitruvius and Perini. The 56-metre Voyager is built of steel and aluminium, and has a projected range of 5000 nautical miles at 12 knots. The 53-metre Voyager has a lighter displacement and an expected range of 5500 nautical miles at 12 knots.

Vitruvius Yachts sprung to life ten years ago with the launch of its first yacht, the 49.5-metre Exuma, which has since covered over 100,000 nautical miles. The yacht is now currently for sale with Fraser Yachts for €16.9 million. 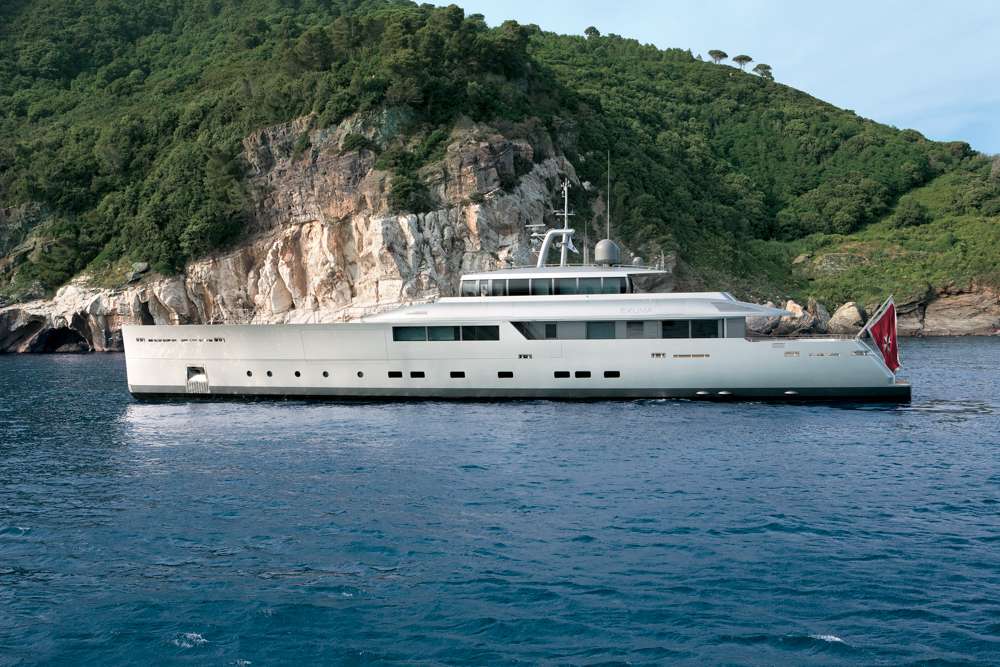 Exuma’s sleek styling and impressive functionality made it one of the most intriguing superyachts when it was launched. Explorer and expedition yachts have since grown in popularity over the past ten years.

Briand said that the trend towards explorer and expedition yachts was as much about fuel efficiency and the fashion for green operations as the desire to explore. He added that Vitruvius was already looking at new technology, such as foils, to better enhance fuel efficiency and stability. With a number of owners also building expedition yachts – which are designed more as rugged, long-range platforms for tender operations – Briand also said he was open to working more with commercial shipyards.

Perini Navi encountered financial difficulties in 2020 and is in talks for an investment by private equity firms Blue Skye Investment Group and Arena Investors, which in September 2020 formed a joint venture to invest in Italian mid-market turnaround opportunities. There are currently seven yachts in build at Perini Navi, according to shipping market data provider Vessels Value. At the 2019 Monaco Yacht Show, Perini Navi announced that it would open a dedicated office in Hong Kong.