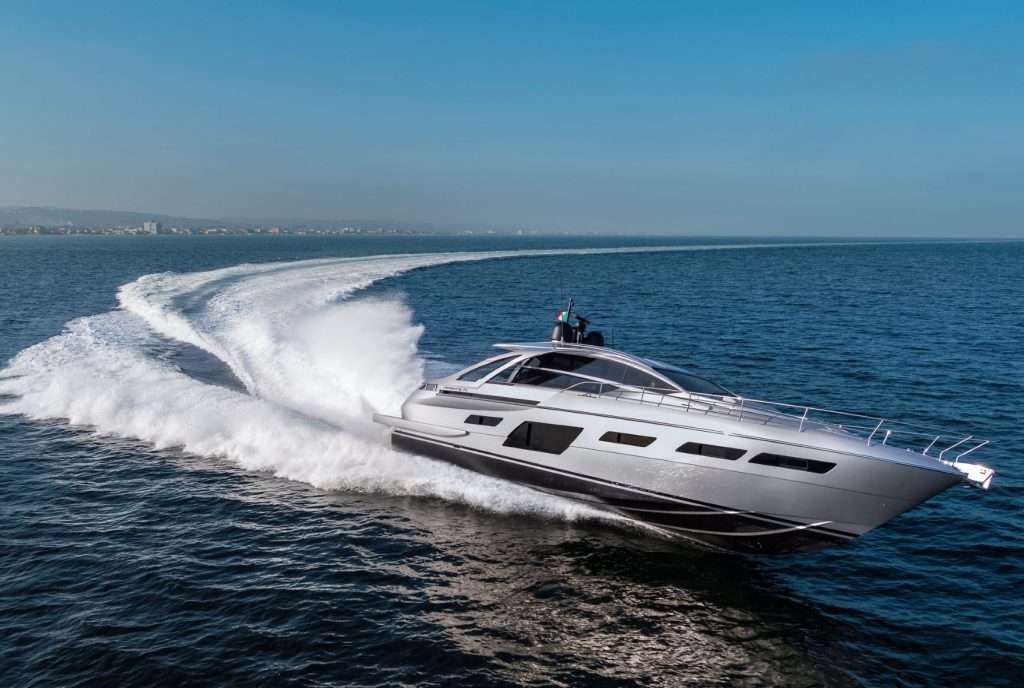 This year, Pershing Yachts launched its new 21-metre 7X, part of its Generation X series. Designed by Pershing stalwart Fulvio De Simoni, the new yacht continues the tradition of Pershing, with a focus on uncompromised sleekness and speed. Two exterior side wings were added to the superstructure, creating a racy feeling while allowing for expanded air vents.

But what really got some attention was the cool video produced by Pershing Yachts, which is probably one of the best visual displays of Pershing power yet.

Given the popularity of Ferretti Group in Asia Pacific, and the fact that the Pershing flagship 140 found its first buyer in Hong Kong, it’s likely that the 7X will find favor in the Far East.

The Pershing 7X has twin MAN V12 diesel engines generating 1800 horsepower each. These are paired with surface drives for a top speed of 50 knots and a cruising speed of 42 knots – more than enough to give a hair-raising ride. Preliminary data suggests a maximum range of 300 nautical miles. An innovative joystick function offers easier handling. 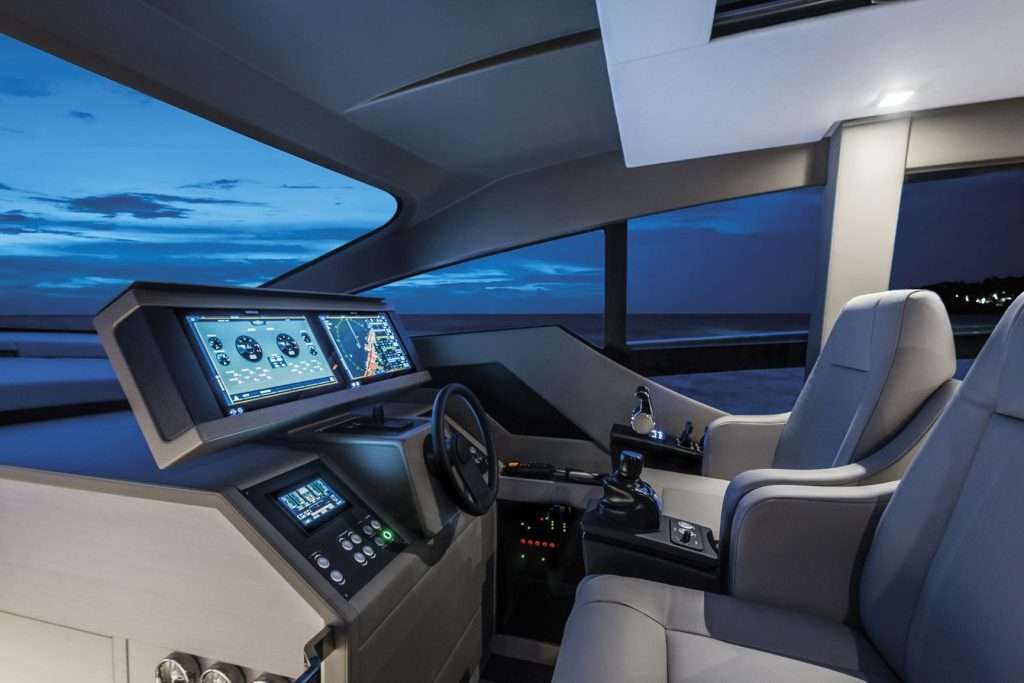 The 7X features a new integrated navigation and control interface, and steer-by-wire controls and propulsion systems. These give an owner-operator good control of this powerful yacht. Extensive use of carbon fibre and lightweight alloys in the construction allowed Pershing to create more on-board space while keeping weight down in order to boost speed. Altogether, Pershing’s weight-saving efforts resulted in a yacht of just 35 tonnes displacement. 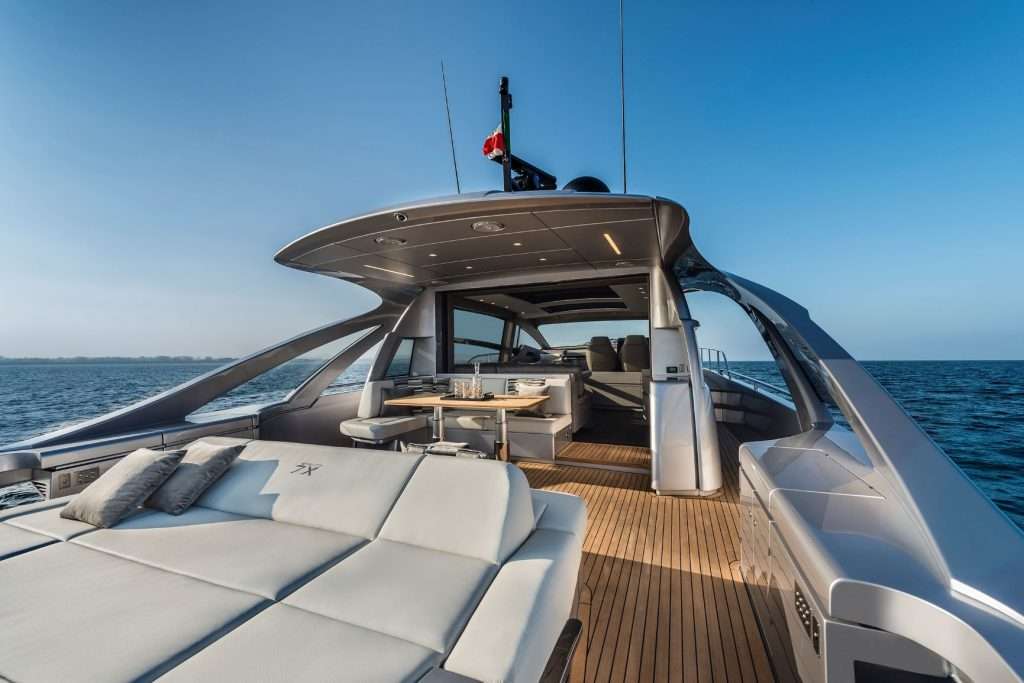 The aft garage houses a Williams 345 Sportjet tender, which is deployed by lifting platform. A sunpad at the top has room for four people, while the aft cockpit features a grill, icemaker, sink and fridge. All the exterior areas can be protected by sun canopies. 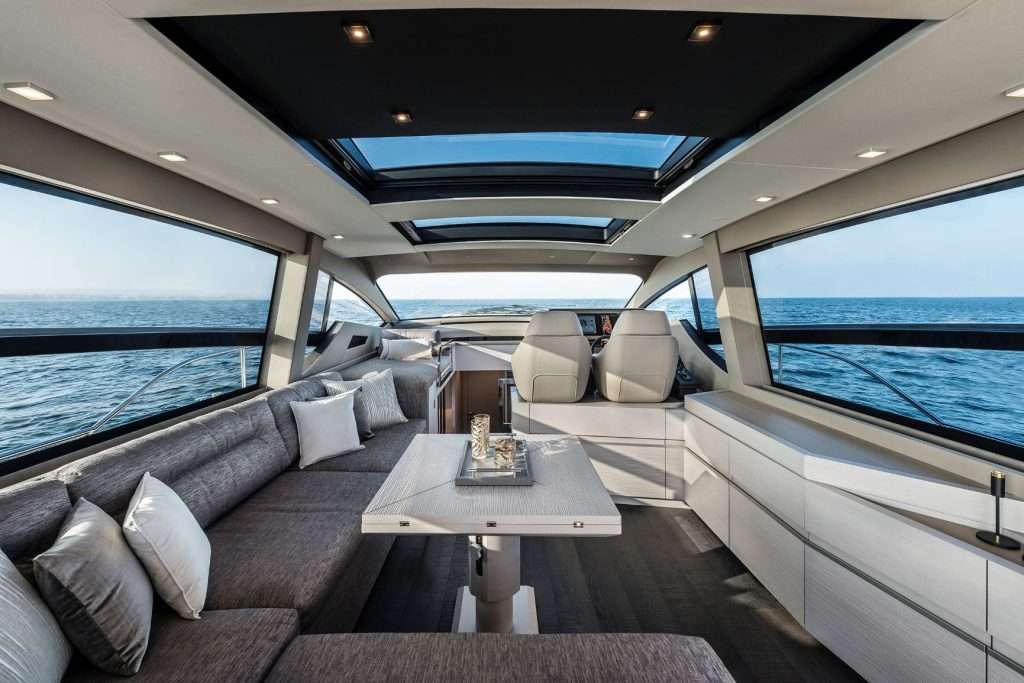 The main deck saloon has wide open sea views with fine furnishings that allow free movement between spaces. The windscreen has no pillars for a completely open view at the helm. At the sides of the helm station, there are windows that can open electronically.