From the tip of her 58m rotating masts to the bottom of her keel, the groundbreaking Maltese Falcon is a floating lesson in the sublime.

From afar, the Maltese Falcon looks every inch a square-rigger sail clipper of yesteryear — racing across the ocean on a frothing bow wave with topgallants and royals stretched across the yardarms in a freshening, following breeze.

Up close, she is the result of years of hard work during which time a determined team with a united vision and bottomless bank account took full advantage of modern marine technology to push the superyacht boundaries to the limit.

The Maltese Falcon demonstrates the willingness of American multi-millionaire owner, Tom Perkins – a renowned venture capitalist and highly successful risk taker – to overcome the odds and construct a landmark in sailing. As she sails back to the future, the three-masted, 289ft Perini Navi majestic masterpiece breaks the mould for sailing superyachts.

Her automated and rotating DynaRig masts are made of rigid, state-of-the-art composite. Each boasts five Dolye sails, giving a total sail area of 2,396.0 m2 or 25,791.0 ft2.

During her first sea trials in the Bosphorus Straits last summer, with her owner at the helm, she made 10.5 knots hard on a breeze registering 15.8 knots true wind. On a close reach, the 1,240 ton yacht reached an impressive 14 knots. 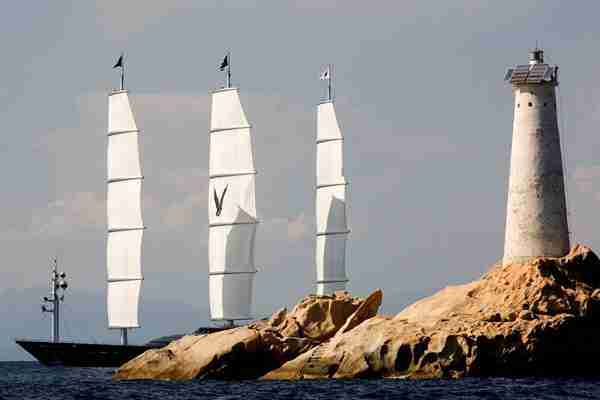 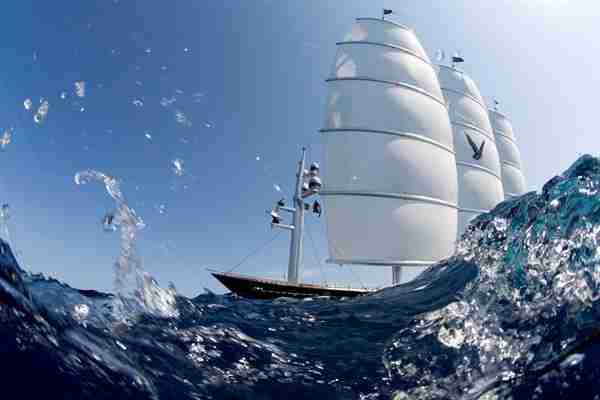 “The Maltese Falcon has written a new page in the history of yachting,” declared Perkins.

“The DynaRig is no longer an experimental concept. Everything worked as engineered, and the yacht achieved some remarkable results.”

The DynaRig was first conceived in the 1960s by pioneering German marine engineer, Wilhem Prolls. He believed the system could provide additional propulsion for merchant ships during a time when the then German government was facing an oil crisis.

Back in the 21st Century, the three carbon fibre masts on the Maltese Falcon were manufactured by innovative British composite design company Insensys, and assembled at Perini Navi Yildiz Gemi yard in Tuzla, 50 miles south of the Turkish cultural capital, Istanbul.

Free-standing and rotating with six, fixed yardarms each, the tapered masts represent a world-first for size and complexity. 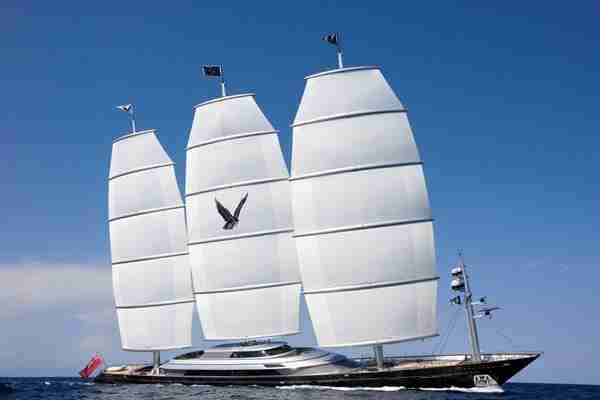 The sails and masts and their sophisticated control system demanded 200,000 man hours to complete. It was time well used. A single crew member can pilot the yacht thanks to the sophisticated, fail-safe computer system– the programme for which was part written by Perkins — that automatically detects parameters such as wind speed.

However, running at full rpm with a top speed of 19.5 knots, there is minimal wave-making and virtually no vibration, with a smooth and non-turbulent wake thanks to the unique lines offered by the Perini Navi hull.

Thanks to their location, sound proofing and engineering, the engines create modest noise, a hum which has been described as “being quieter than the air-conditioning” that cools the cabins below decks.

However, unlike many sailing super yachts, the Maltese Falcon is faster under canvas than under motor. In the right conditions, she can be expected to reach 20 knots-plus, claims the owner.

Looking at her fine lines and 58m masts, the assertion is quite believable. 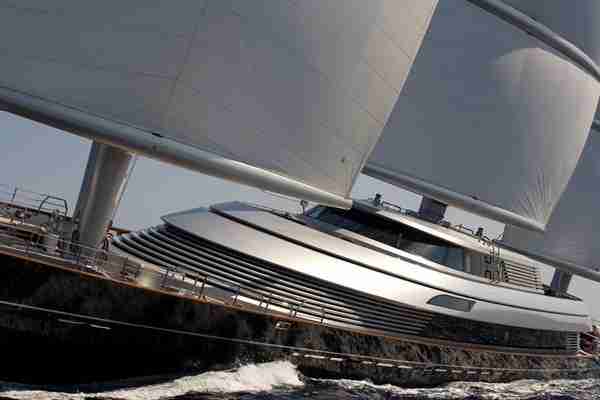 How her hull was conceived is an anecdote among a series of interesting tales that preceded her celebrated launch last year.

The story begins in 1994 when the Perini Navi received an order for a 289ft sailing yacht from an unnamed owner. But the order fell through just as the hull and superstructure were completed. Painted in red primer, the hull sat neglected in Perini Navi’s Turkish shipyard for six years. Then in stepped Perkins, who says he had always wanted a “modern, automated square-rigger”.

After rejecting initial drawings and rigging ideas, Perkins invited Gerry Dijksta of Dijksta and Partners to come up with an advance schooner rig.

Dijksta duly proposed the DynaRig concept and Perkins began to plough in the millions of dollars needed to recapture the age of sail and reinvent it with automation and luxury for the 21st century.

“We cut the whole superstructure from the hull and discarded it,” revealed Perkins.

The yacht’s sail operations centre is on the very futuristic and masculine-designed bridge. Here, mounted on a centrally positioned consol, four screens – one of which offers a bird’s eye view of the three masts – a tiller and auto pilot are angled to allow the skipper easy access and safe control. 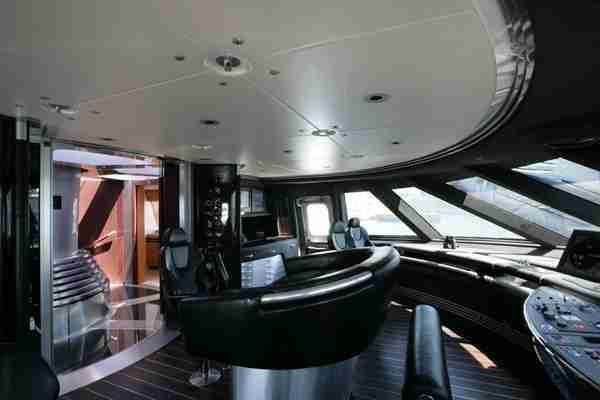 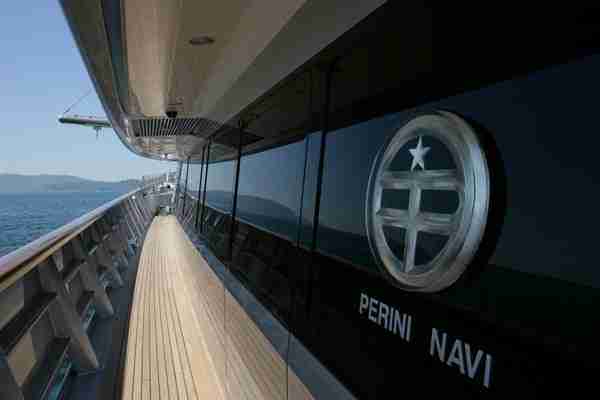 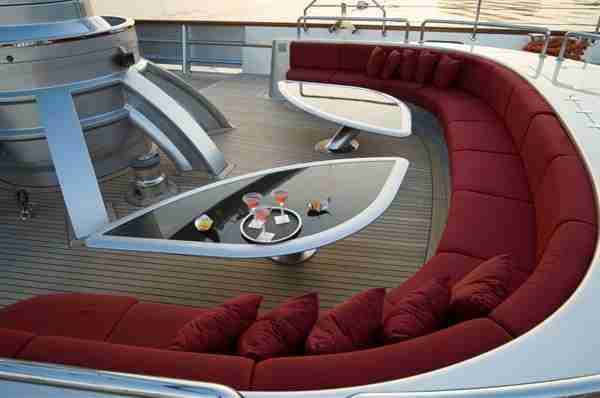 With the mast and other power conundrums solved, Perkins turned his attention to the design of the wide open deck spaces both outside and below.

Perkins has been sailing since a child and has owned several yachts including the classic motor yacht Altantide, a vessel he rebuilt with the expert help of Freivokh.

He invited stylist and interior designer Ken Freivokh to leave his UK base for Turkey and to design Maltese Falcon’s stunning interior.

Technology and modern art dominates the decks, state room and cabins. Among the many features are floor panels and skylights that ensure the tasteful mix of leather, wood, porcelain, marble, stainless steel and cashmere combine in an arresting and enlightening display of chic – each space offering elegant clues as to what makes the owner and his designer tick. 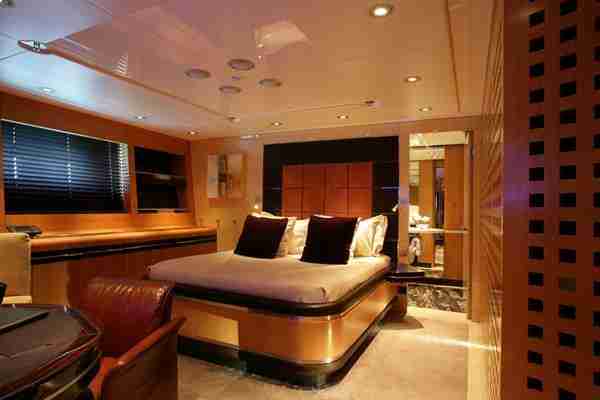 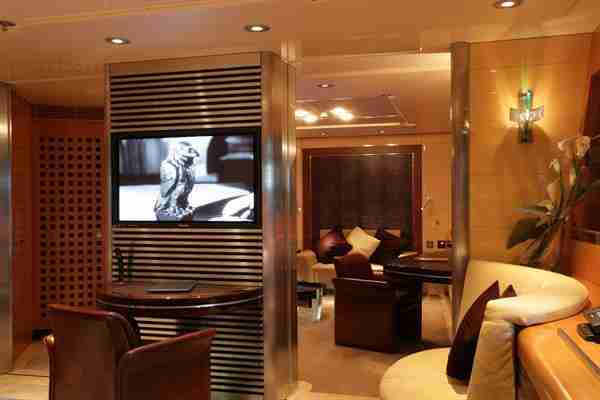 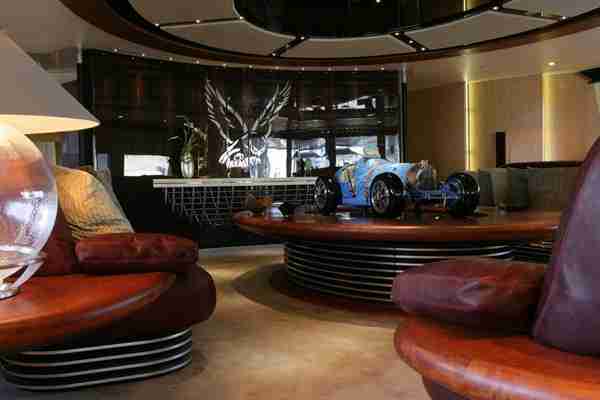 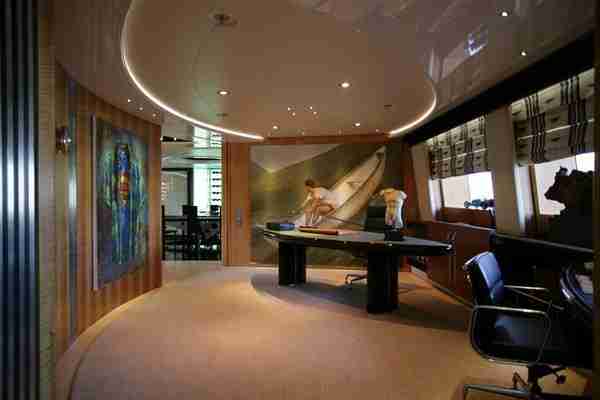 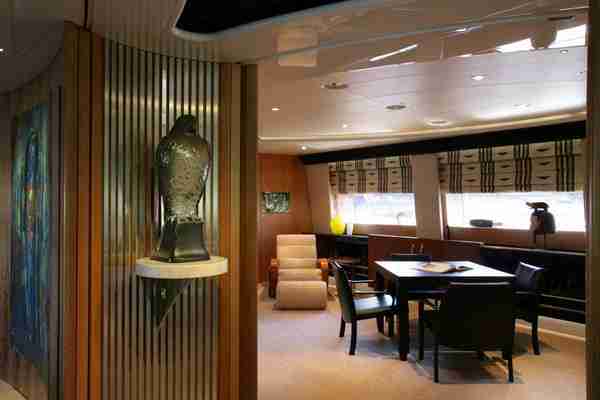 Her sumptuous accommodations – that include a high-tech owner’s cabin – can be configured from four to six stateroom suites. The VIP cabin on the upper aft deck has a private deck directly accessible from the bedroom. Inside and outside saloons offer comfortable solutions whatever the mood, sea state or weather.

Even the highly styled crew mess follows the futuristic theme of the yacht. 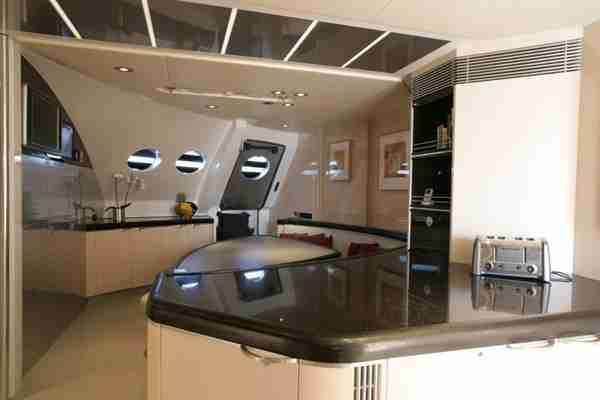 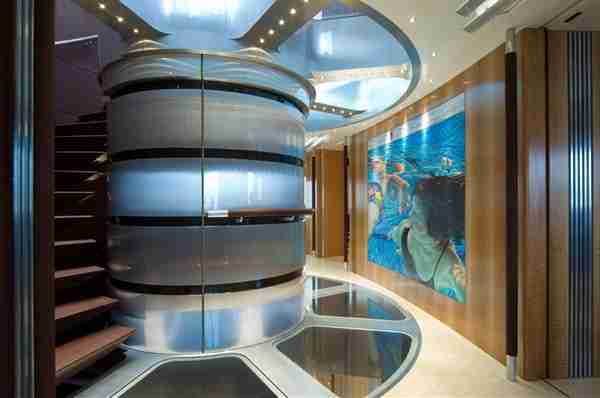 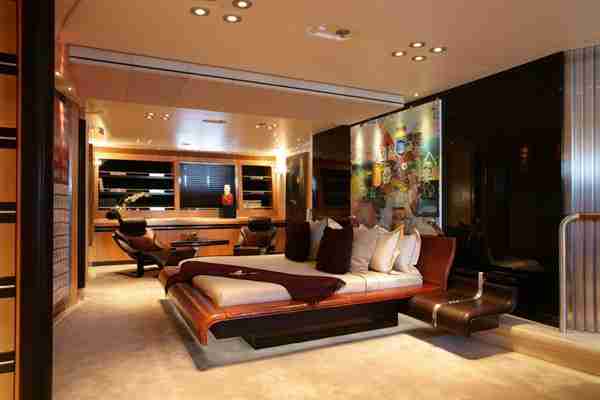 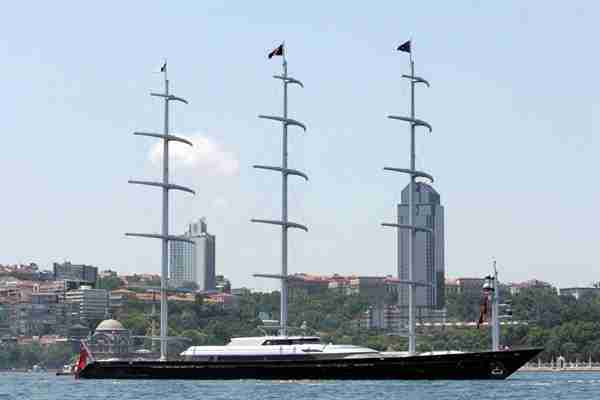 From bow to stern, the Maltese Falcon is a breathtaking and unprecedented example of what vision, determination and money can achieve. She’s aesthetically pleasing and a celebration of technology, with many arguing her masts and sails to be the most significant since the introduction of the Bermuda rig.

Sailing history dialectics aside, she’s likely to be declared a legend by all those who board the Maltese Falcon or witness her under full sail.