Ocean Emerald, the new fractional-ownership yacht designed by renowned architect Lord Norman Foster, presents exterior lines that were once unthinkable, but are certainly being talked about now

With the design of Ocean Emerald, Lord Norman Foster has thrown tradition to the winds. The profile sweeps up from the bow in one long curve that hesitates a little at the top before dropping down in a cascade of teak steps to the low swim platform. There is a tremendous “WOW” factor about this design, and it will certainly be the centre of attention in the marina. But just how practical is this new concept and how does impressive style cope with the safety and security requirements of a modern yacht?

The first thing to establish is what this yacht is designed to do. This is a shared ownership yacht – one where there is a series of owners with different requirements and different demands on the crew. This means that the yacht will be used more than a single-owner yacht and so the crew is likely to be worked hard. On Ocean Emerald, the crew’s quarters are fitted out to a high standard and look both comfortable and practical. The captain gets his or her own cabin directly behind the bridge. The working areas are all connected by an internal stairway, which lets the crew do its job without interfering with the guests.

Ocean Emerald is not an ocean-going yacht despite its name. The MCA classification for this yacht demands that it remain within a 60-mile distance of a safe haven, which means the yacht should not have to cope with weather extremes. This allows for an easing of the strict MCA criteria – which opens up some interesting design possibilities. You can see this in the full-height windows in the saloon and the placing of a low level side door for a second garage.

Full advantage can be taken of those full-height saloon windows because the bulwarks are formed from horizontal louvres, which allows a clear view from the saloon seating. Another feature of the saloon allowable due to the range restriction is that all of the furniture is free-standing, which means the layout to be varied to suit different requirements.

The styling does affect the view from the bridge with the fashion struts that angle down to the bow restricting the view considerably. This creates a blind spot on either side that has been measured at 19º and apparently the MCA allows blind spots of this nature up to 20º. For a seaman it may be disconcerting, but a professional crew should be able to cope. 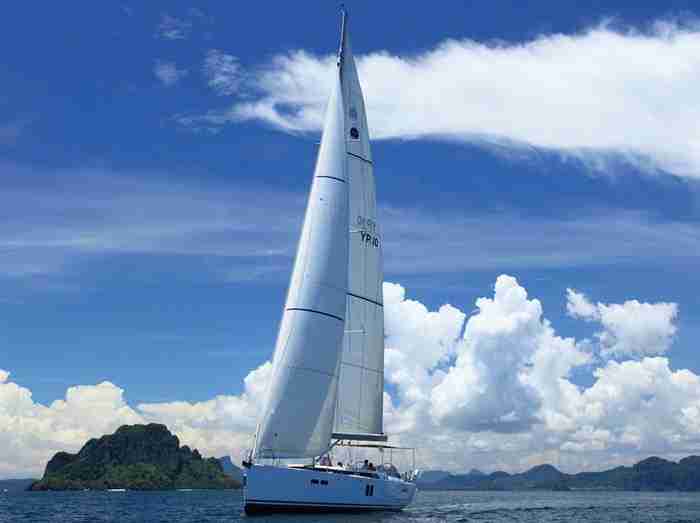 Five large displays face the watch-keeper: two for the radar, one for the chart display, one for the cameras and one for the comprehensive monitoring and control system. This monitoring system can control virtually everything on the yacht, including the watertight doors, the bilge system, the water and fuel and the electrical systems.

For navigation there is an ARPA radar and a smaller unit, the latter allowing a radar overlay to be imposed over the chart. Cameras installed on the mast allow views all round the yacht. Three different fire systems are fitted to the Ocean Emerald, a gas system in the machinery spaces, a fine mist system in the accommodation and a water spray system in the garages. The safety equipment on-board is comprehensive but the location of the liferafts high under the arch mast means that they drop into the water in an inaccessible location alongside. 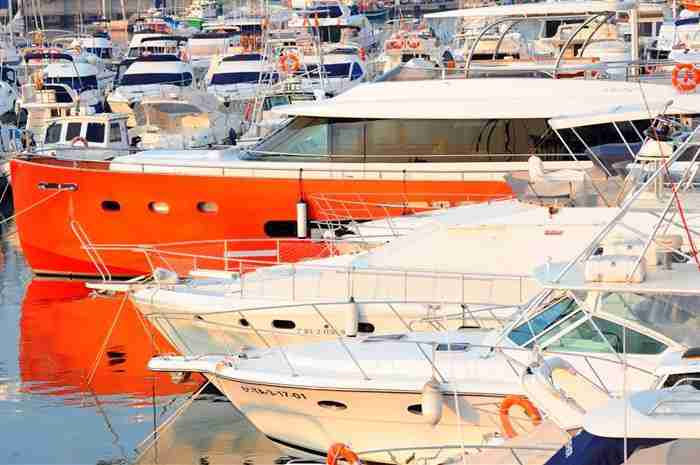 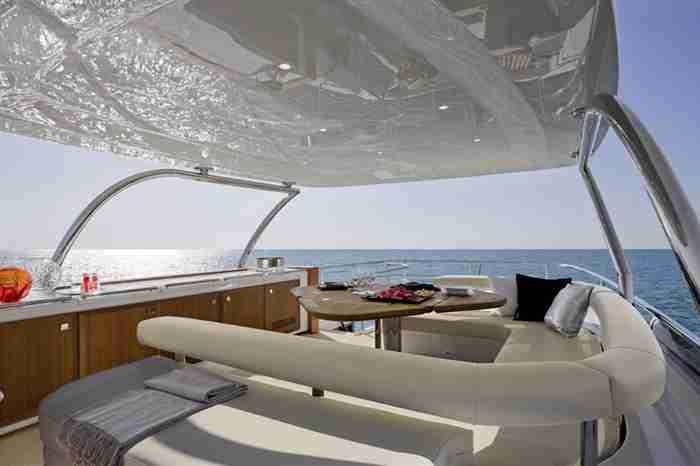