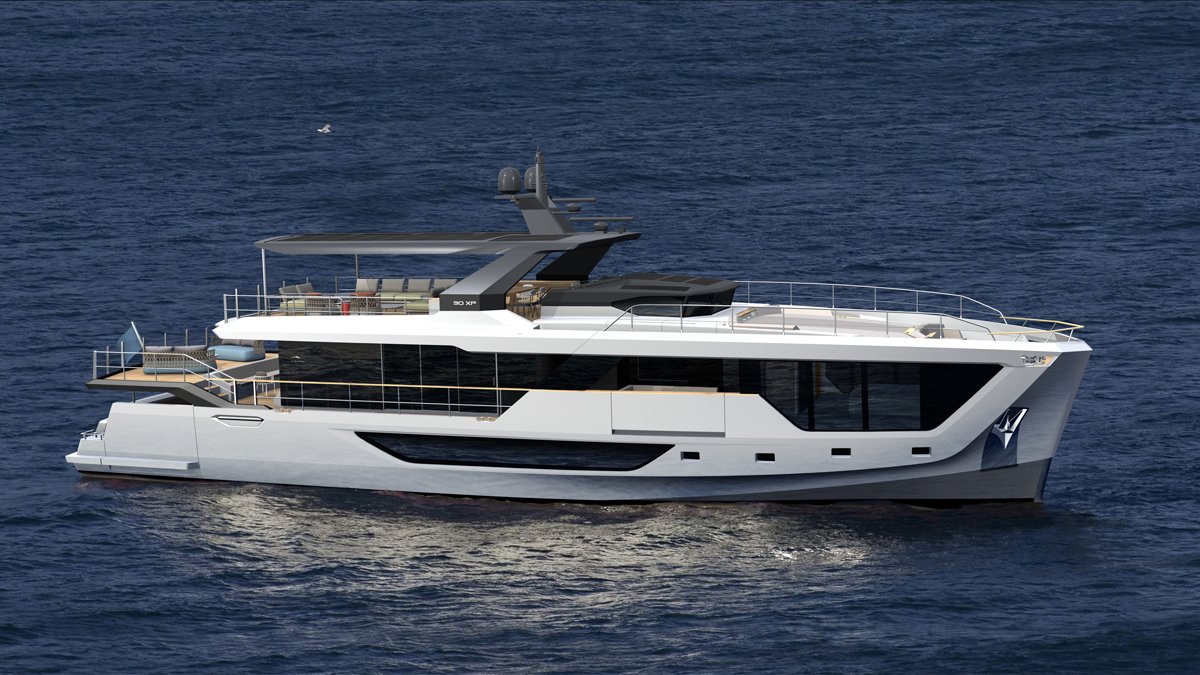 Numarine has announced its first diesel-electric addition to its XP range of explorers, the 30XP, at the Cannes Yachting Festival.

The Turkish shipyard, which celebrates its 20th anniversary this year, says the new addition to the fleet responds to the needs of its clients.

The new 30XP fills a space in the Numarine line-up between the 26XP and 32XP. Construction of the moulds is underway and three units are already sold. The shipyard is aiming to launch the first 30XP in May 2024. 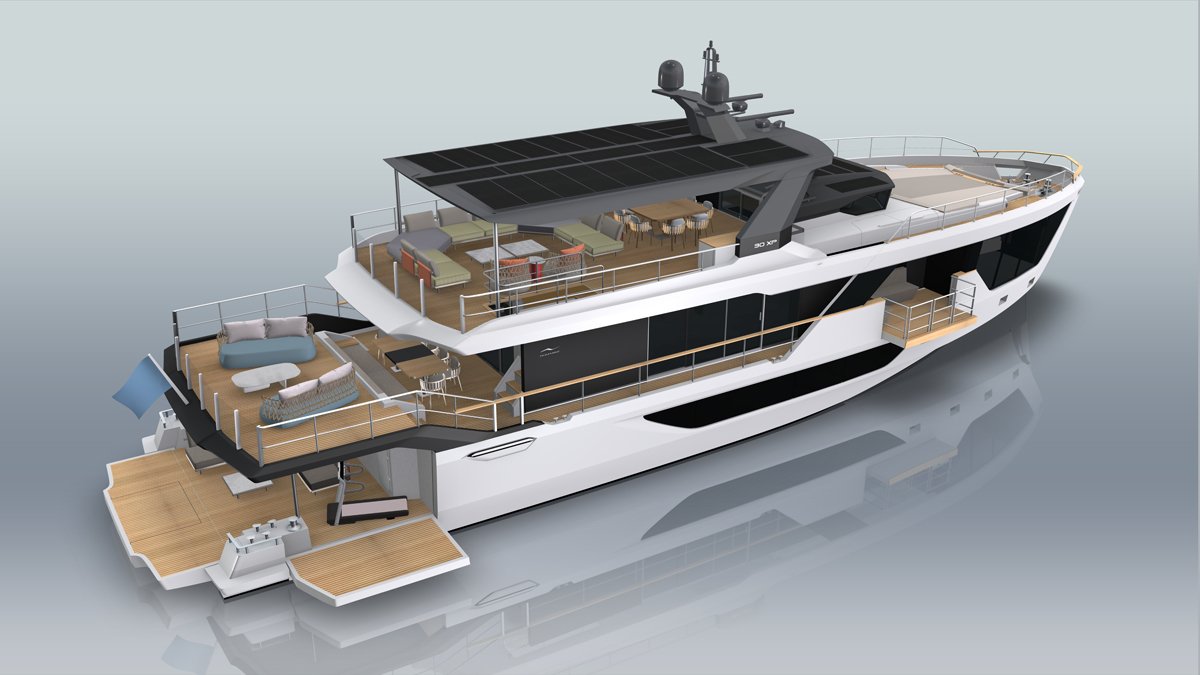 “The 30XP is a model that we have introduced for repeat Numarine customers who are aiming to step up in size,” says Numarine founder and chairman Ömer Malaz. “Following in-depth market research, it is a sign of the huge success of our XP range that three units of the new model have already been sold to existing clients. With the diesel-electric engines and POD drives, this is going to be a revolutionary model.”

The 30XP can accommodate 10 guests in five ensuite staterooms: four guest cabins on the lower deck and a master stateroom on the main deck forward with floor-to-ceiling windows and cut-outs in the bulwarks to maximize the sea views. The master stateroom also has an optional fold-down balcony.

In addition to the main salon on the main deck with full-height windows, there is room for open-air dining on the aft deck as well as on the covered sundeck, although the exact layout can be adapted by individual owners.

A generous headroom in the semi-open beach club in the stern has been achieved by raising the deck above, which becomes a lounging area just three steps above the main deck level. Three fold-down platforms increase the available deck space in the beach club to a spacious 43 sqm. A side-loading tender bay can house a tender of 6.25 metres. 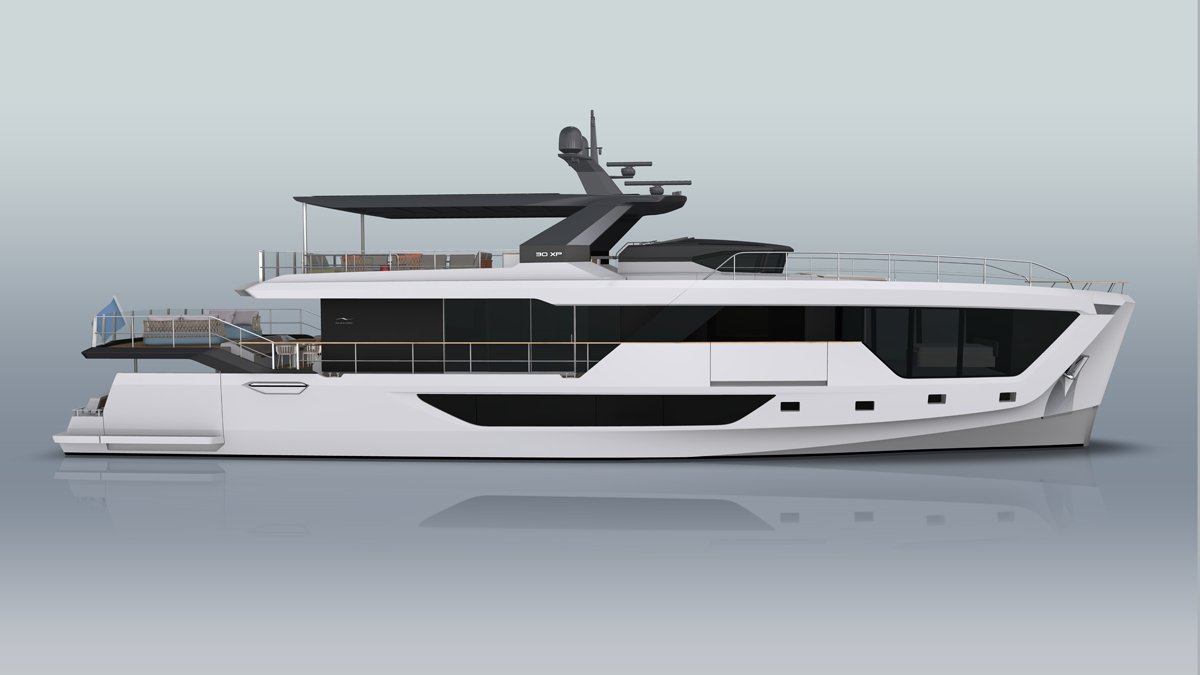 To make the most efficient use of the available volume, the 30XP is a raised pilothouse design with bold exterior styling by Can Yalman. There is an enormous sun pad on the foredeck in front of the pilothouse. The crew mess and accommodation for five crew is in the forward section on the lower deck.

The 30XP extends the Numarine range to 5 models, including proposed new 45XP flagship, a steel and aluminium tridecker. Numarine is currently delivering around 12 yachts per year and is looking to increase production with a new waterside facility that should become operative in the next few years.

Latest 37XP on display in Cannes

At the 2022 Cannes Yachting Festival Numarine is showcasing the second unit in its 37XP series, the first 37XP destined for US waters. Named Chapter 3, the yacht was delivered on schedule to her American owners earlier this year.

Boasting a 5,000 nautical mile range at 10 knots and 6-000 nautical mile range at 8 knots, hull #2 features a 6-cabin layout that can accommodate 14 guests plus crew accommodation for 9, including the captain’s cabin on the upper deck. Key highlights include a TV room on the lower deck, a Jacuzzi on the upper sundeck, a huge boat deck that can carry a 28-foot tender and 3 jet skis and a designated beach club area back aft. 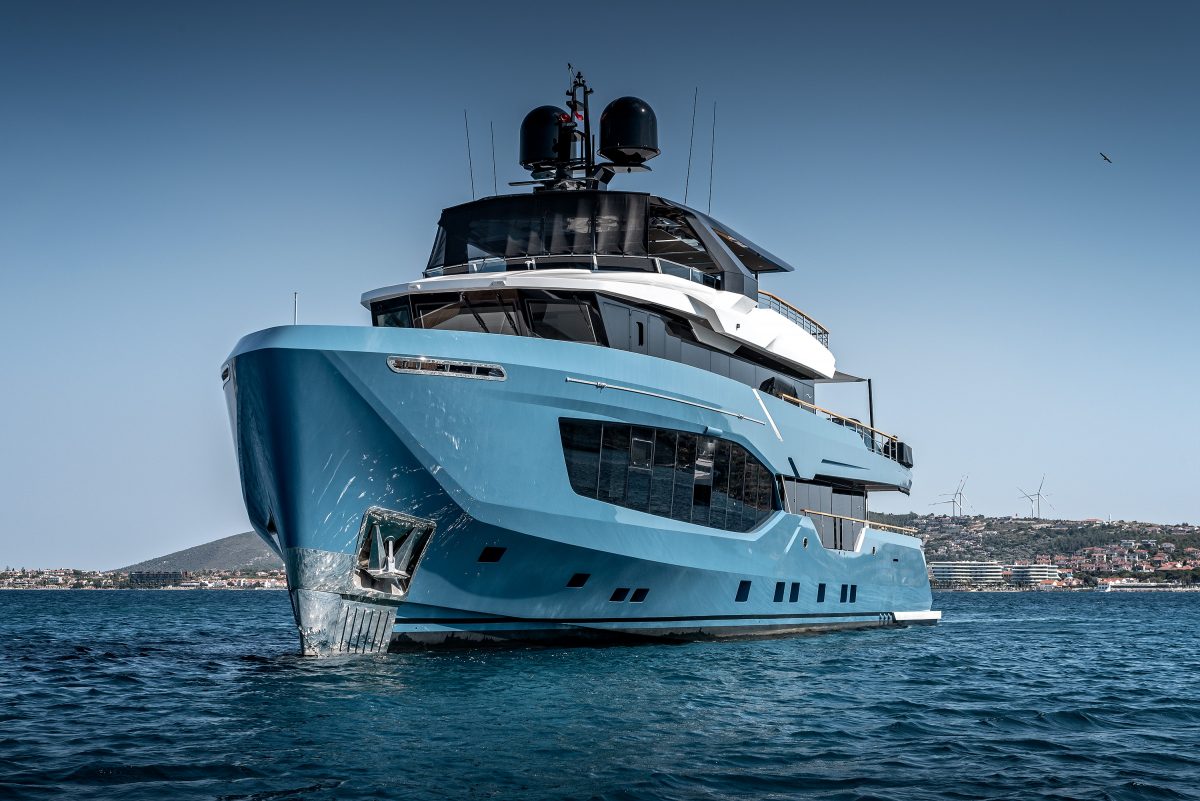