Princess Yachts will see the first of its new X95 yachts arrive in Hong Kong this April, according to Princess Yachts Greater China. The yacht will be followed by an X80 in 2022.

The arrival of the X95 caps a strong rebound in 2020 for Princess Yachts. In interview with Asia-Pacific Boating, Princess Yachts Executive Chairman Antony Sheriff confirmed that 14 of the daring new X95s have sold so far, with four having been sold into Asia. “Hong Kong is absolutely killing it; there’s explosive growth in Asia”, Sheriff said, adding that production of the new X80 is just getting started and already nine have been sold, with three going to Asia. 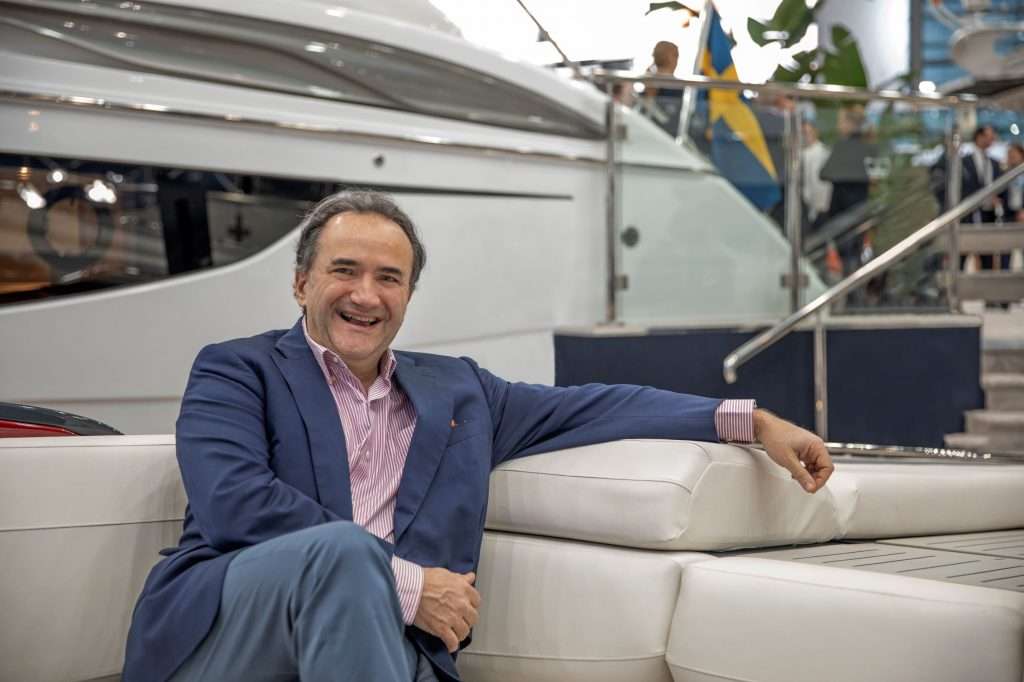 The X95 concept was first shown in 2018 and splashed in 2020. The yacht offers a significant style and function departure for Princess, part of Sheriff’s overall plan to develop new concepts for the 56-year-old brand. Sheriff, who was previously the CEO of McLaren Automotive, has signaled a desire to start restyling the look of Princess and to add automotive production techniques to the yacht builder.

Princess Yachts recently announced a stellar sales figures, despite the ongoing challenges brought about by Covid-19. Production was halted in March and April, and Sheriff said it took until June before Princess Yachts’ production could restart in earnest, with a strict set of protocols in place to protect workers.

In the meantime, buyers have taken to their yachts to maintain social distancing, causing a boom in the market, Sheriff says. After a complete halt in March and April 2020, sales picked up rapidly. Since June 2020, Sheriff says Princess has consistently outsold the same month in the previous year. January 2021 was also a good month for Princess, he says. 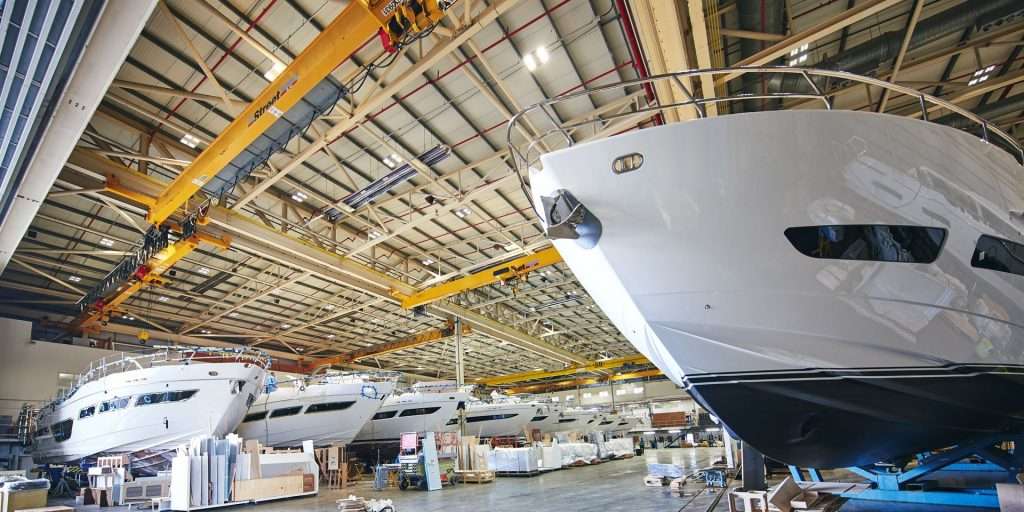 Sheriff points out that all 250 of Princess’ production slots for 2021 are now spoken for or sold, and 50% of 2022 production capacity at Princess is now taken as well. He is also excited at the prospects for Princess’ new X-line of yachts in Asia, particularly in Hong Kong.

Sheriff says that he gave a considerable bump to R&D spending at Princess after his arrival in 2017 and the results are starting to roll in. Nine new yachts have been unveiled over the past two years, and Sheriff promises more to come.

“Princess Yachts is a traditional brand, and we have an important, loyal and longstanding customer base,” Sheriff said, adding that Princess will continue to develop new yachts for its core market. “It’s about taking our core values and pushing more swiftly into the future.” 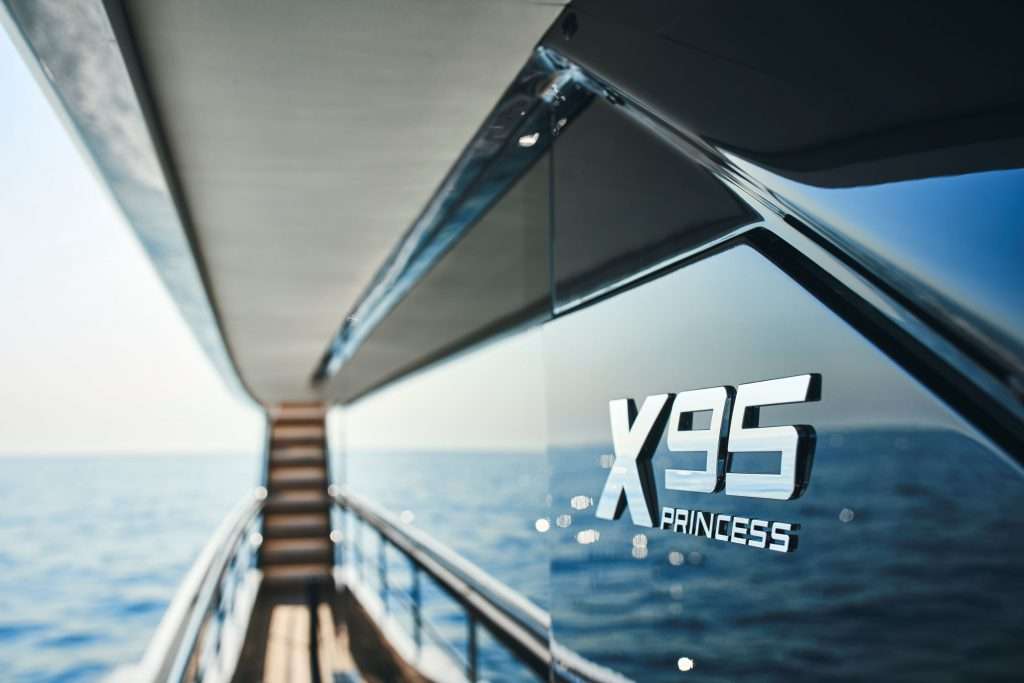 But Sheriff has also indicated that the new X-series of yachts (“X” was chosen because Sheriff wanted a “cool” letter to mark the new series) will be followed by new ranges and models that may push boundaries for Princess. “We have a lot of creative and talented people in the company. We want to take a big jump off the path and hope we land on the high ground, and not in the mud.”

Sheriff said that he was interested in doing a power catamaran in future. “These are the kinds of things we’d like to see; it’s the way that we are looking at our product range.”

Sheriff said that he was interested in doing a power catamaran in future. “These are the kinds of things we’d like to see; it’s the way that we are looking at our product range.” He also confirmed that Princess is working on a design for another large yacht, which he wants to be very different from the X-series.

The ebullient boss describes how he encourages his board members to polish off a bottle of wine before meeting to discuss future models and ideas. “We’re really trying to stretch our brains, come up with two or three ideas, try to be creative, and push that forward.”

Sheriff famously brought in supercar designer Pininfarina, where he is a board member, to work with long-time Princess Yachts partner Olesinski Design on the foiling open motorboat R35 and the X95. 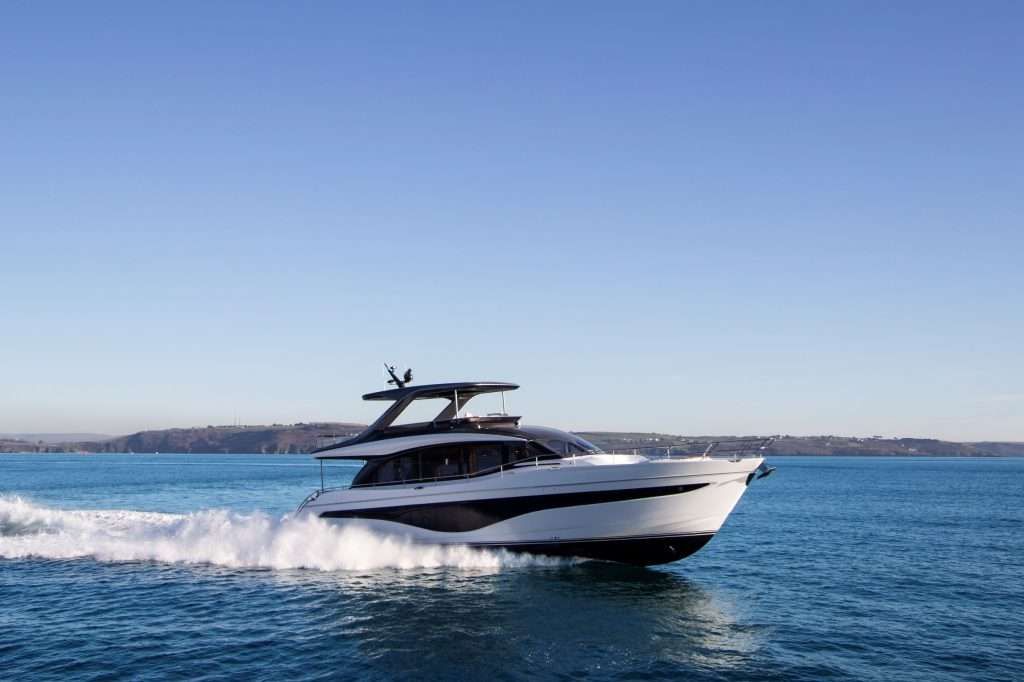 “There was a difficult phase in getting these people to work together,” says Sheriff, “but you are going to see the results, particularly with the Y72.” He describes the yacht for its sleek design and lack of angles and visual clutter of this new yacht. That new design language already seems to be finding resonance in Asia.