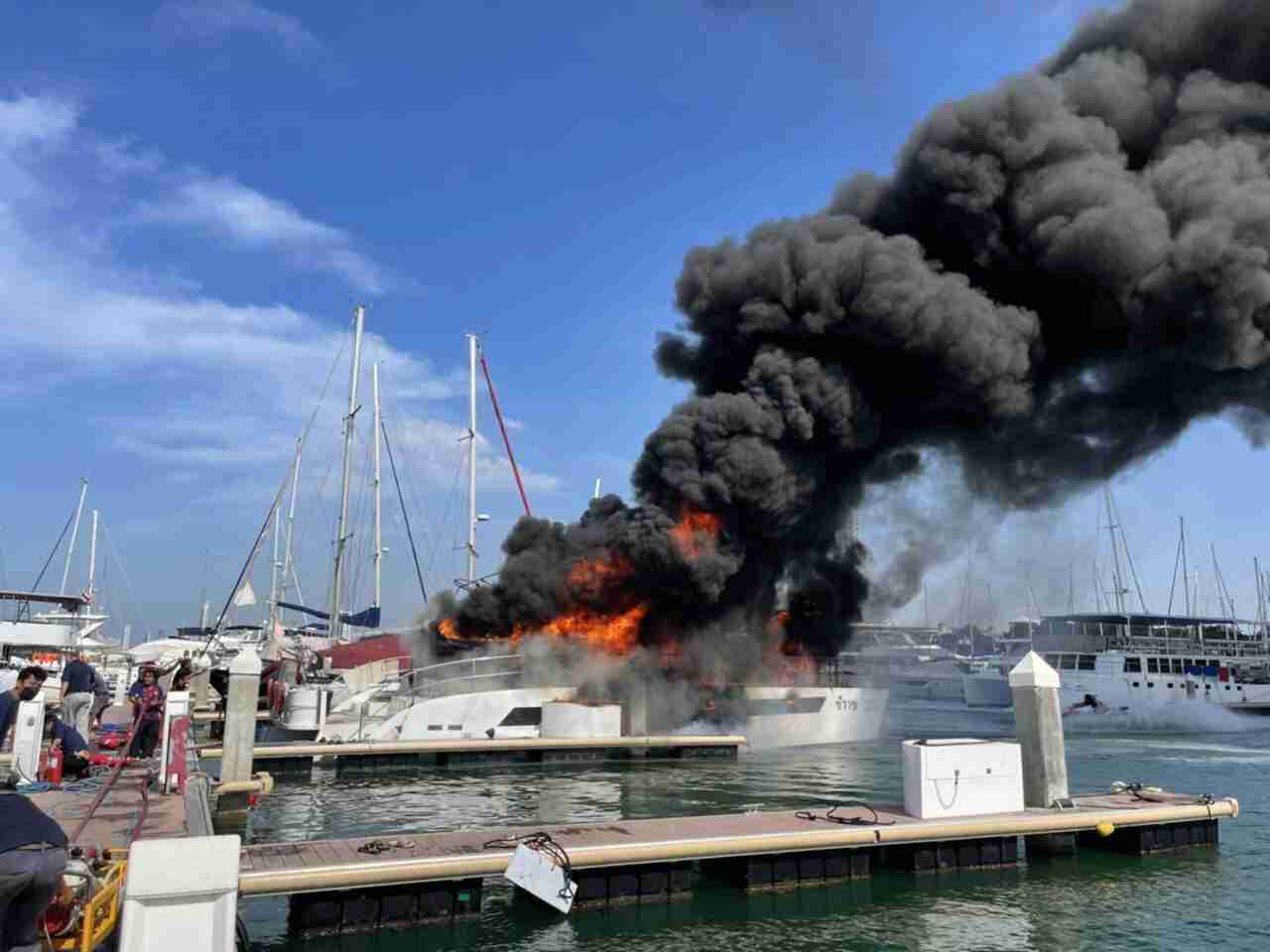 A luxury catamaran has been destroyed in a fire at the Ocean Marina Yacht Club in Pattaya, Thailand.

The blaze, which broke out on Tuesday afternoon, caused an estimated 18 million baht (US$539,000) of damage, according to media reports.

In the video below, a dark cloud of smoke can be seen billowing into the air from the boat, which was moored at a pier.

Fire trucks that rushed to the scene took about 30 minutes to bring the blaze under control, according to the Bangkok Post.

Pol Col Santi Chucherd, chief of Na Jomtien police station, told the Post there was nobody on the yacht at the time. It is suspected the fire was started by an electrical short circuit, but forensic teams are currently investigating the vessel to identify the cause. 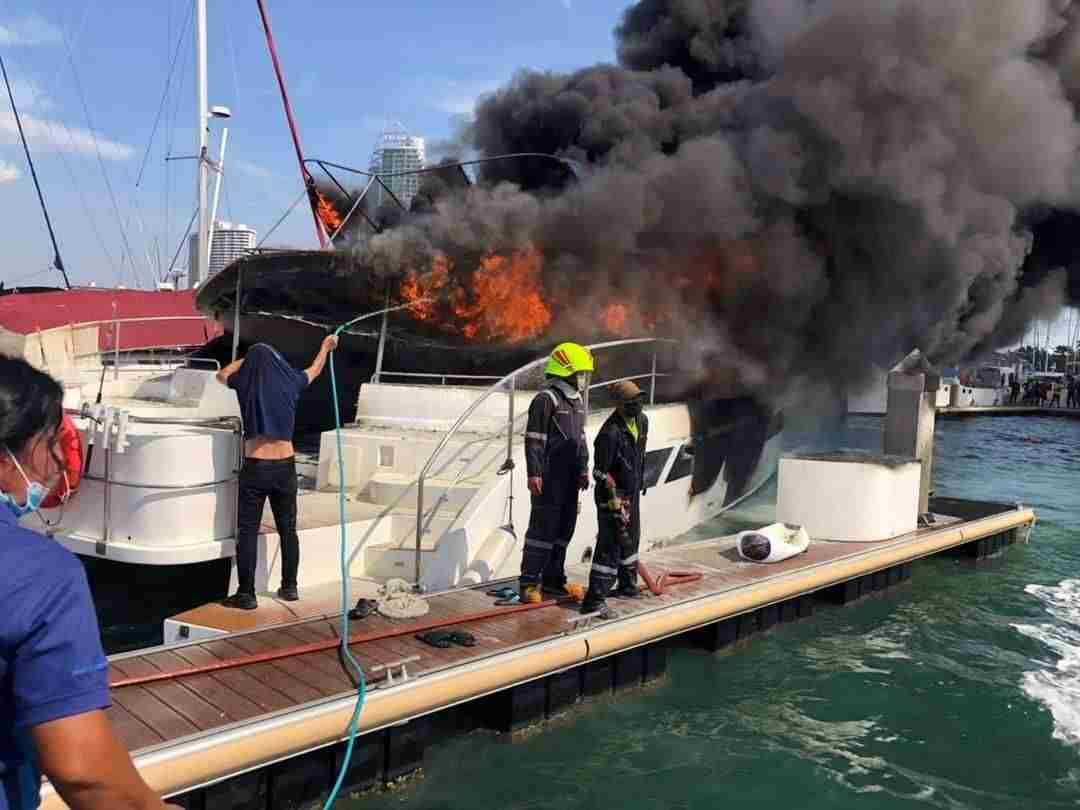 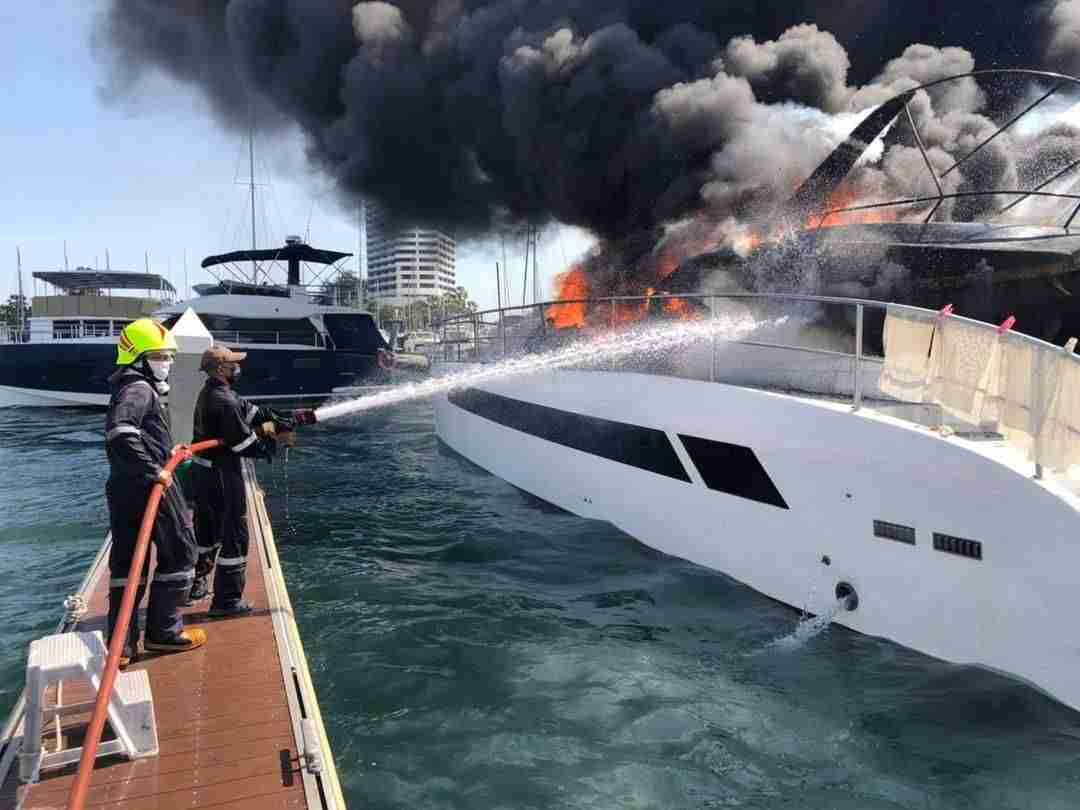 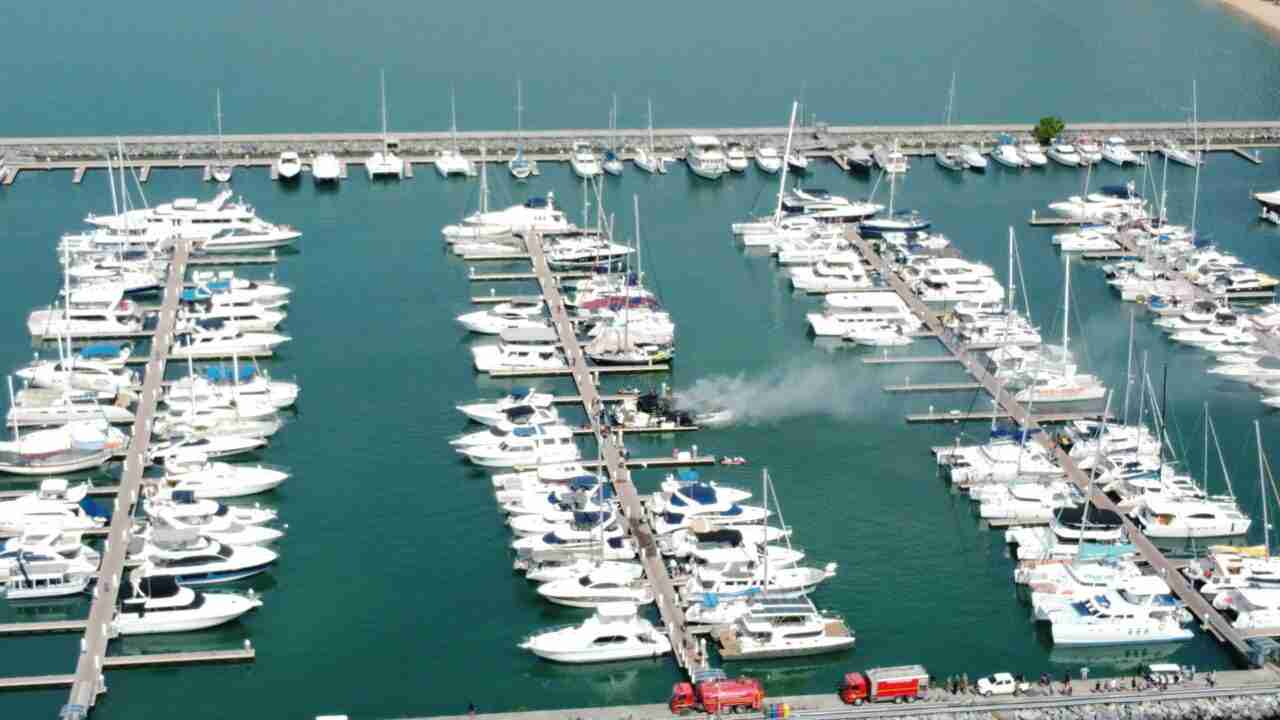 The fire happened on the same day that a blaze at the Ferretti factory in Italy destroyed a 30-metre superyacht that was ready for delivery, causing a reported €10m of damage.