The official video of this historic 99.15m superyacht, courtesy Morley Yachts, showcases her classic styling. Original features abound, and the barstools in Ari's Bar retain the original upholstery crafted from a very soft, fine leather made from the foreskins of whales.

In 1954, Greek shipping magnate Aristotle Onassis acquired a Canadian frigate that had seen action in Normandy during World War II. He decided to rebuild and renovate her, eventually turning her into one of the world’s most famous superyachts.

Christina, christened in honour of his daughter, or Christina O as she is known today, wined and dined world leaders, the Hollywood elite and many other dignitaries for nearly two decades under his ownership. Winston Churchill, John Fitzgerald Kennedy, ballerina Margot Fonteyn, John Wayne, Maria Callas and Marilyn Monroe were all guests on the yacht over the years and the wedding reception of Monaco’s Prince Rainier and Grace Kelly was held on board. 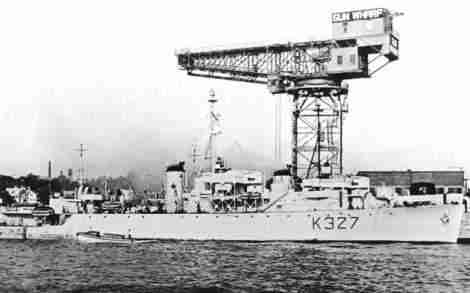 Christina O in her previous life as HMCS Stormont

Upon Onassis’ death in 1975, Christina O passed to the Greek government, for use as a presidential yacht. The government changed the name to Argo, and she was allowed to decay and eventually put up for sale at US$16 million in the early 1990s. She went unsold. Christina O¬†deteriorated for years, until the late 1990s, when a team stepped in to rescue her. 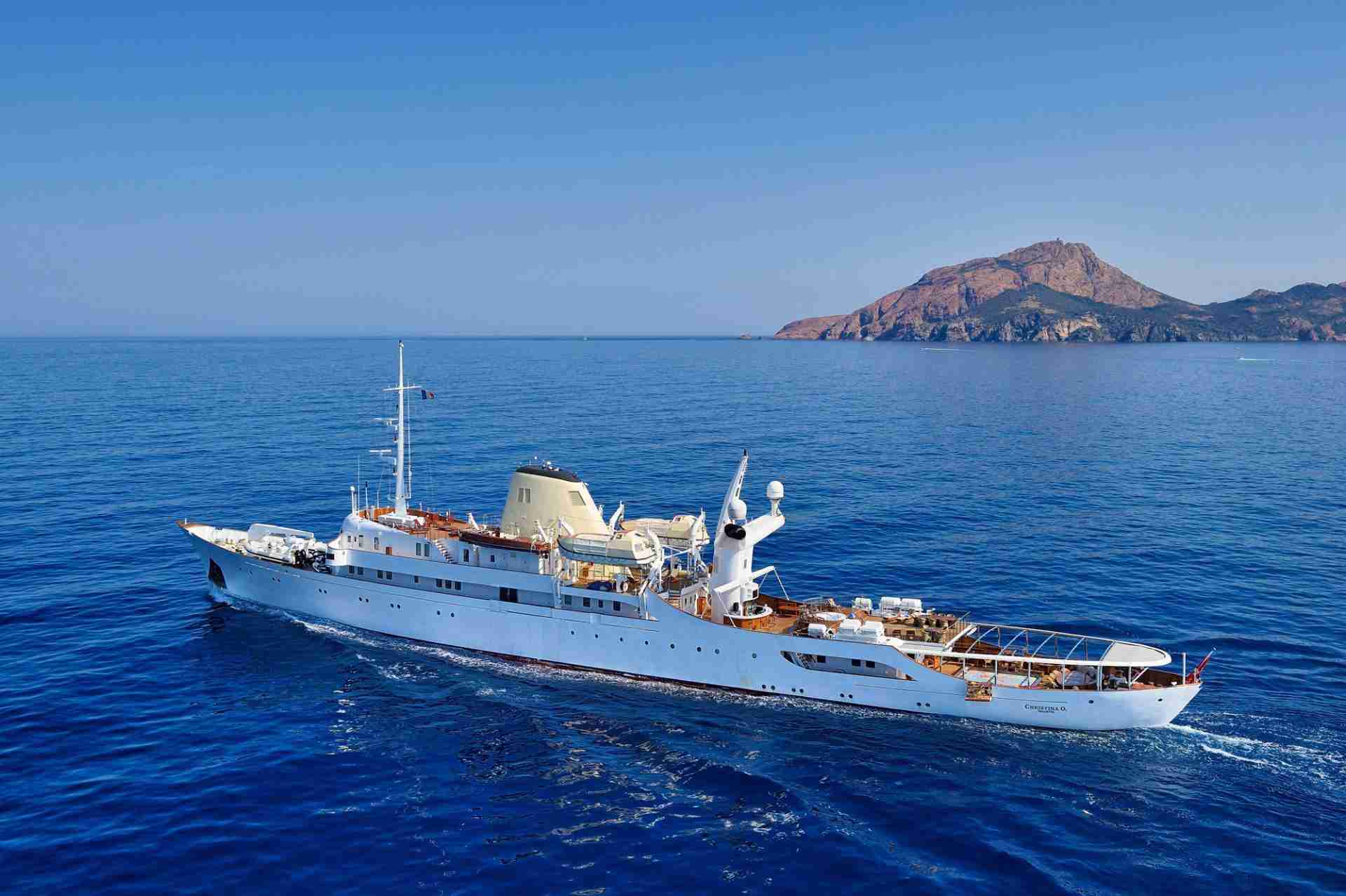 Today, after many refits and continuous improvements, this historic superyacht is available as a charter through Morley Yachts.

She has a master suite, seventeen cabins, and numerous indoor and outdoor living areas, all connected by a spiral staircase. The aft main deck has an outdoor pool with a minotaur-themed mosaic floor that rises at the push of a button to become a dance floor. The barstools in Ari’s Bar retain the original upholstery crafted from a very soft, fine leather made from the foreskins of whales.

“You can walk on the same decks and in the same rooms, meticulously restored, as Richard Burton and Elisabeth Taylor as well as all those other famous guests,” says Morley Yachts on the yacht’s charter listing. “You can relax in one of the Hollywood couple’s favourite places, in front of the lapis lazuli-fronted fireplace, in the main deck’s Lapis Lounge, while Maria Callas’ opera notes still play in the Callas Lounge.” 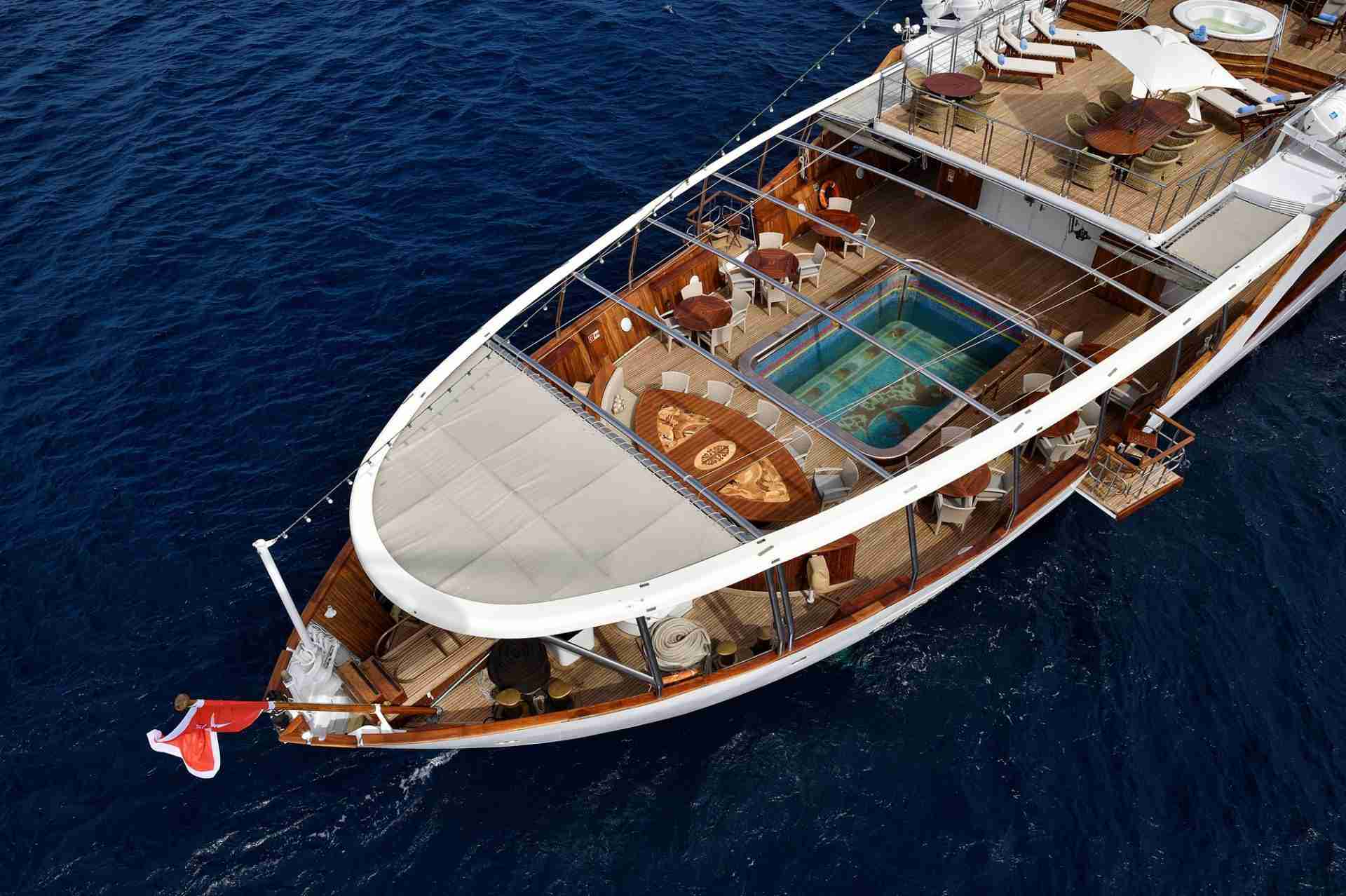