The 30-metre superyacht, worth €10m, was ready for delivery when the fire erupted 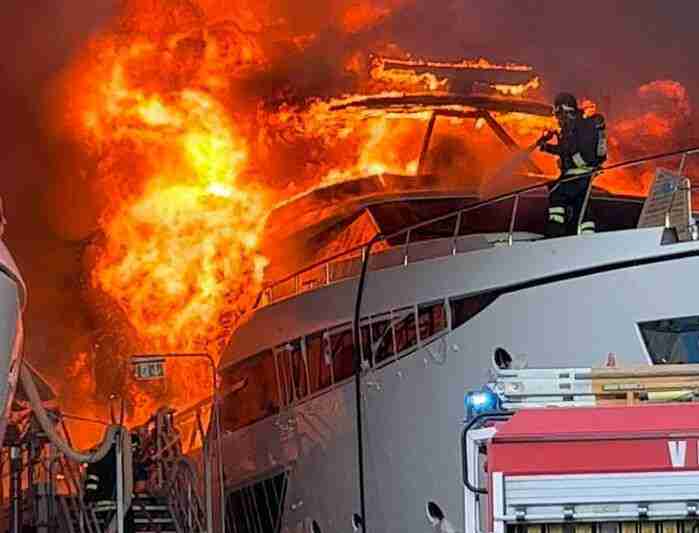 A 30-metre superyacht went up in flames at the Ferretti Yachts shipyard in Cattolica, Italy, on Tuesday morning. No casualties have been reported.

In the video below, captured at about 9.40am local time and shared by local news outlet Corriere Romagna, fire alarms sound as flames rip through the yacht’s structure and smoke billows from the hall’s roof.

Correire Romagna reports that the fire had been brought under control before midday and is now extinguished. Five fire-brigade teams and a total of 11 firefighters were called out to handle the blaze, as seen in the video below:

The destroyed yacht was reportedly ready for delivery. However, the damage appears to have been contained to just one yacht, and did not spread throughout the facility.

There has been no confirmation of what started the blaze, and Ferretti is yet to make a statement about the incident.

The Cattolica production site, which measures 14,000sqm with 9,000sqm of indoor facilities, opened in 2001. It has 16 assembly stations and the capacity to build up to sixteen 20m to 30m motoryachts simultaneously, according to Ferretti’s website.

View scenes from the aftermath of the fire below: