Aquila Power Catamarans has released a detailed walkthrough video of its new flagship, the Aquila 70, which officially debuted at the Palm Beach Boat Show in March.

In the video, which can be viewed above, Jean Raas, CEO and operations director for Aquila USA, guides viewers through the key features of the yacht’s airy open spaces, and introduces the yacht’s innovative loading platform for the Aquila 14 Rib tender.

The Aquila yacht brand has rapidly become known for no-nonsense, sensible yachts that are great for large groups on the water.

Aquila has designated their new 21-metre flagship as a luxury catamaran. The new 70 offers enormous, easily accessible deck spaces, more fine finishes and bigger spaces while keeping to the practical, fun-loving ethos that has seen extraordinary success over the past few years. 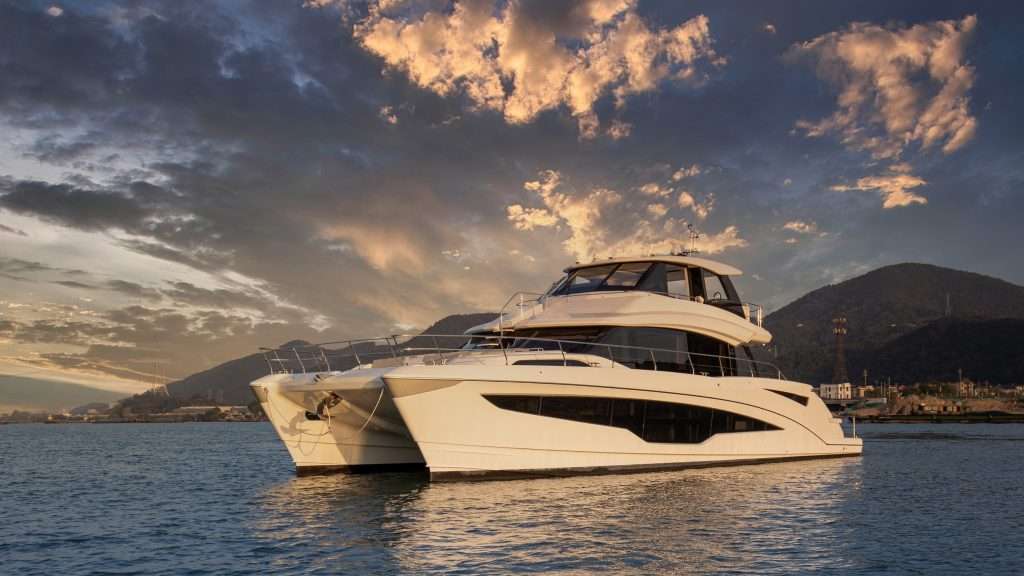 The Aquila 70 features large onboard deck and interior spaces, including a flybridge that can be open-air or completely enclosed. Versatile interior layouts, along with wood finishes, soft fabrics, smart appliances, designer furnishings, good headroom and panoramic windows.

The exterior deck space features a broad use of the aft area, creating a nearly-seamless space between the two hulls. The foredeck is accessed directly from the flybridge, which can be fully open or enclosed with A/C and a wide Portuguese bridge. 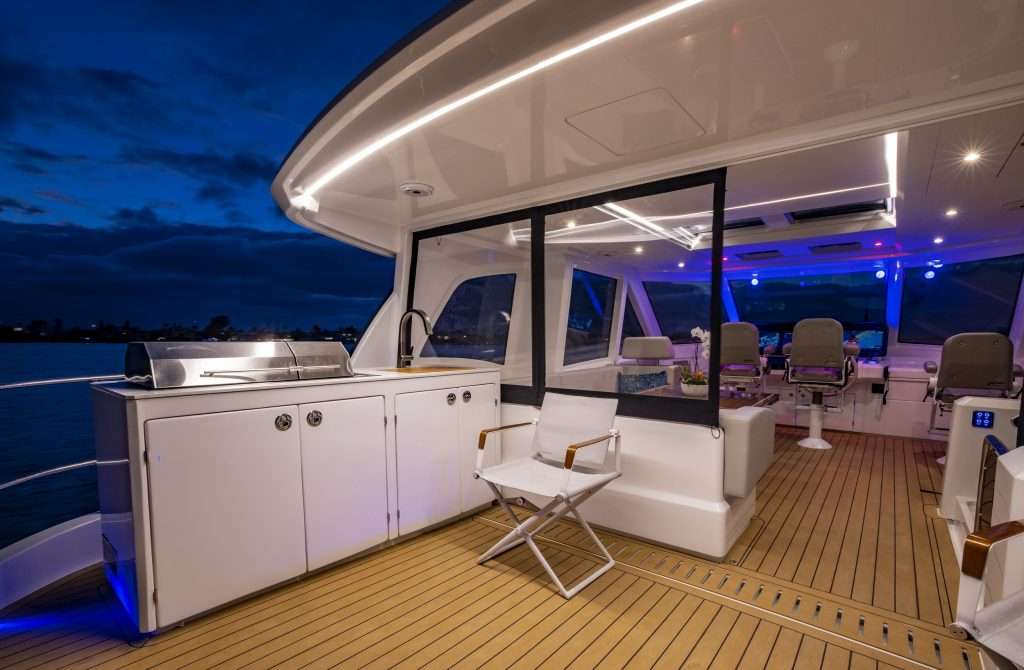 Aquila President Lex Raas said that the 70’s design was driven by customer feedback, with clients wanting an Aquila that looks and feels like a monohull yacht but that has the benefits of a catamaran. The 70 keeps a key feature in Aquila hull design, the piercing bow, which helps increases waterline length for better efficiency and also reduces pitching motion when underway.

Of the several layout options on the Aquila 70 is a master cabin that stretches across the two hulls, which allows for an eight-metre wide cabin, which is a much beamier cabin than on a monohull motoryacht of 21 metres.

Aquila emerged nine years ago as a partnership between US boat and yacht distributor Marine Max and China’s Sino Eagle Shipyard. In the last four years, the Aquila brand has been engaged in the Asia market, represented by Simpson Marine, with sales in Singapore, Hong Kong, South Korea and Thailand.