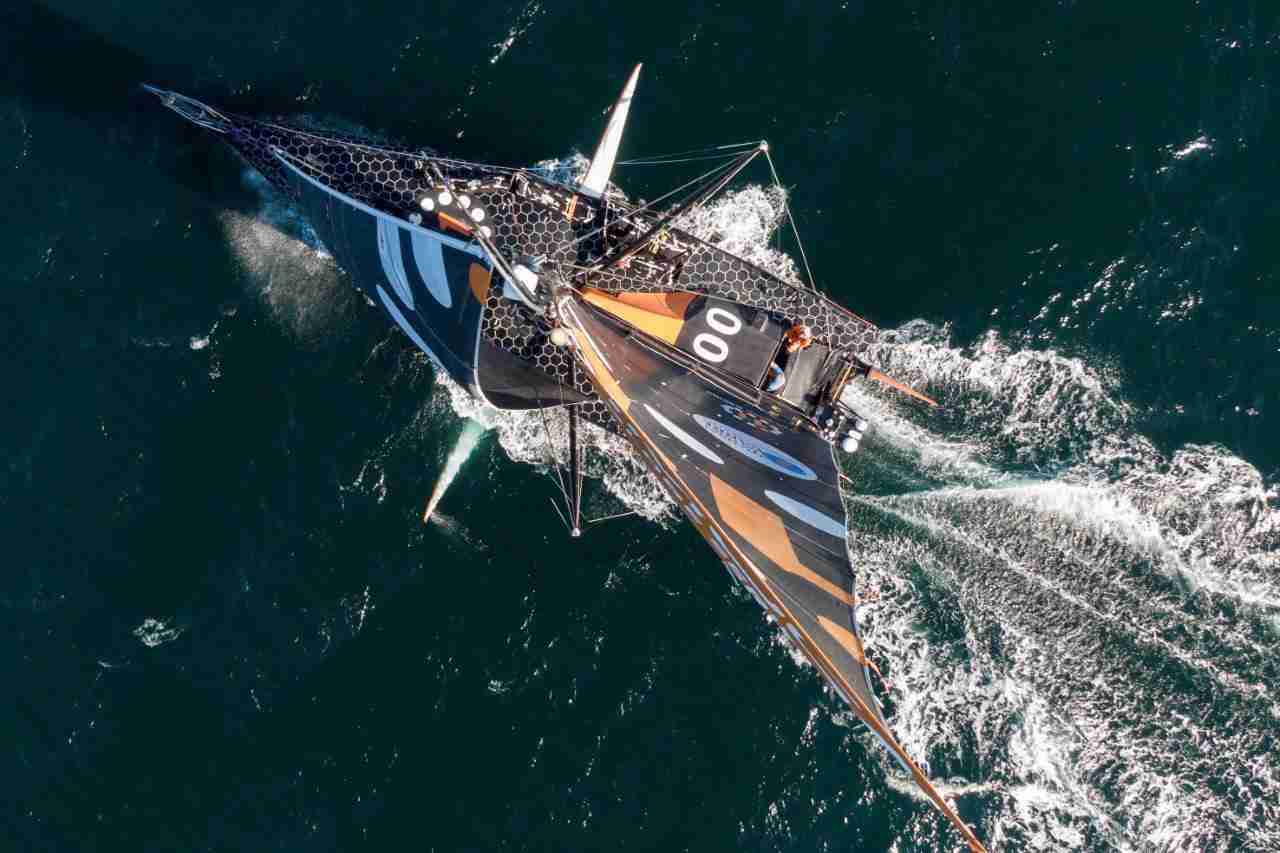 The 5,800-nautical mile Transat Jacques Vabre double-handed transatlantic race departed on Sunday from Le Havre, en route to Martinique in the Caribbean, with a starting fleet of 79 yachts.

On Wednesday, Briton Simon Fisher and Justine Mettraux of Switzerland alerted race management that the 11th Hour Racing Team Alaca’i had dismasted just north of Cape Finisterre off the Spanish coast. Both sailors are safe and uninjured. 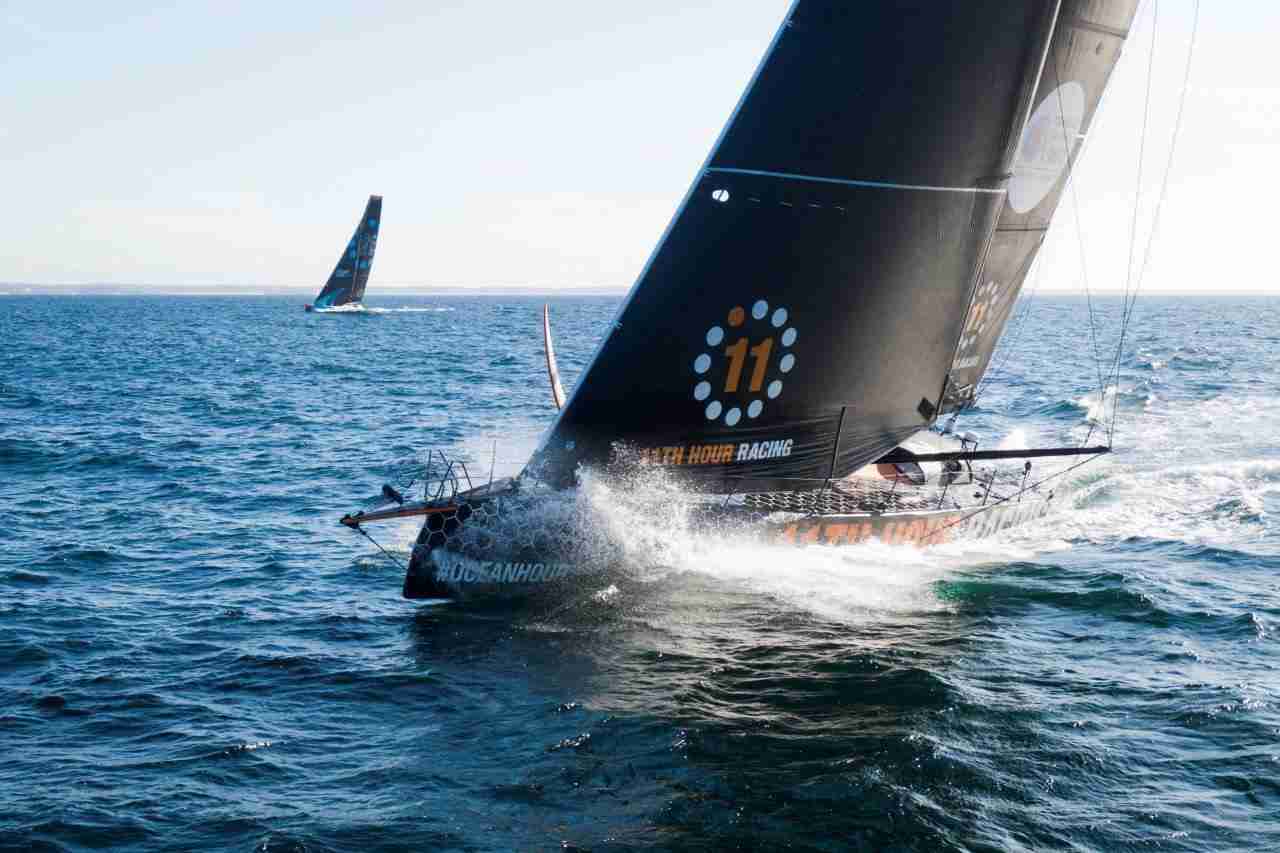 This is the same boat that Alex Thomson guided to a second place finish in the 2016 Vendee Globe. 11th Hour Racing¬†provides sponsorships and support to regatta events and NGOs that are committed to ocean health and sustainability. It was founded in 2010 after Wendy Schmidt, co-founder of The¬†Schmidt¬†Family Foundation, along with her husband Eric, started sailing.

It’s the second IMOCA 60 to have dismasted after Bureau Vall√©e, skippered by Louis Burton and Davy Beaudart, was forced to retire on Sunday night.

Alaka’i had been the link between the leading group of IMOCAs and the chasing pack so there are now six of them in a significant breakaway group. Apivia is out in front followed by LinkedOut 34 miles behind. Then comes Initiatives-Coeur, Charal, 11th Hour Racing Team MƒÅlama and Arkea Paprec. The IMOCAs chose to go around the Traffic Separation Zone away from the Spanish coast tonight – a move chosen by Charlie Dalin and Paul Meilhat, and followed by all the others. 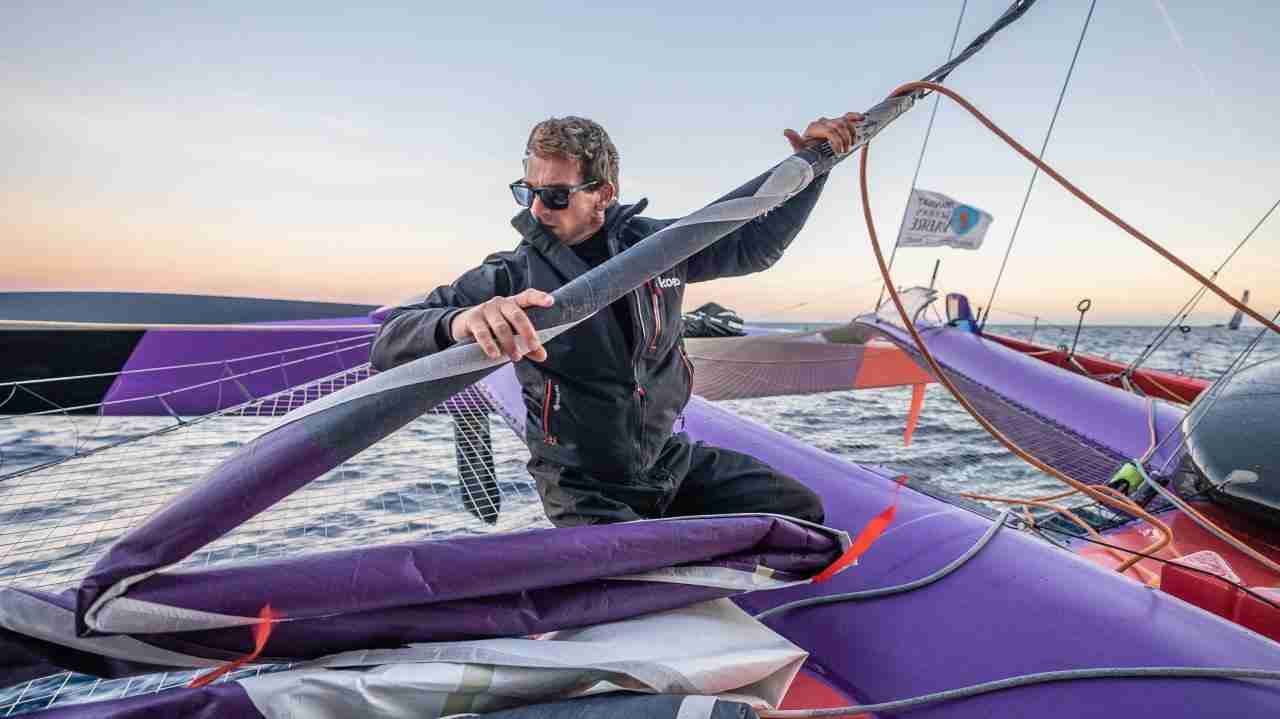 The leading boats are now enjoying a good 15 knots of wind whilst the following IMOCAs are struggling in the aftermath of that high pressure.

By contrast the Ultimes earlier in the day chose to travel through the corridor between Cape Finisterre and the no-go Traffic Separation Zone. The fleet is very close, “We were side by side in the middle of the night with Sodebo, as we rounded Cape Finisterre, at around 40 knots,” explains Franck Cammas, aboard leading boat Maxi Edmond de Rothschild, “It’s tight, there’s a very good level of speed and tactics, which makes for a fine spectacle.”

However, there could be trouble ahead. ¬†After making a speedy descent down the Iberian coast (over 550 miles in 24 hours, something to be happy about in the Bay of Biscay “which has never been so slow”), there could be a new setback for the trimarans, continues Cammas: “the wind has already begun to weaken, so we’re going to have to set the boat up for¬†light airs as we did at the Bay of Biscay” 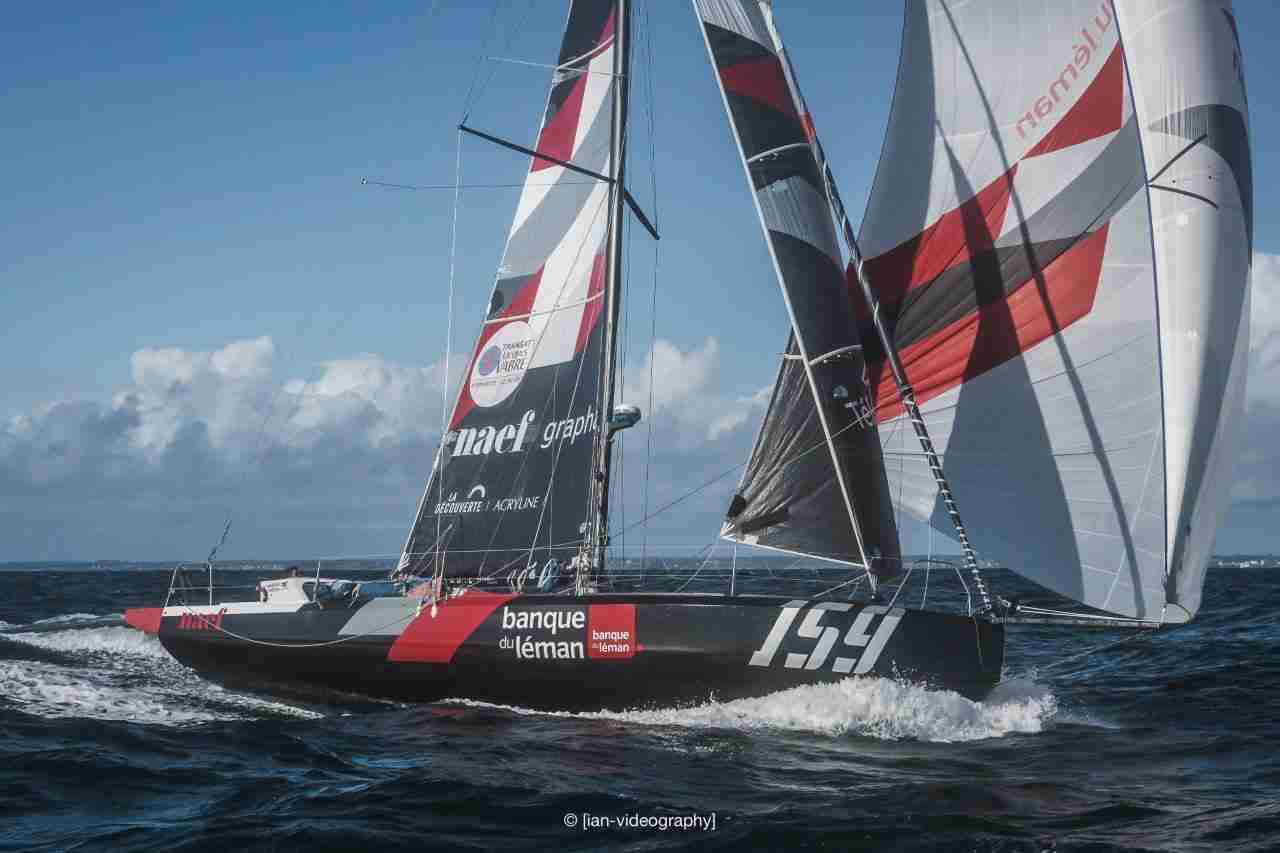 Early on Thursday, Sodebo Ultim 3 co-skippered by Thomas Coville and Thomas Rouxel hit an unidentified floating object (UFO) overnight and damaged their starboard foil. Both sailors are well and safe on board the boat.

The pair were sitting second in the Ultime class and were heading south through the Atlantic towards Madeira when the accident happened around 01.00 on Thursday morning. 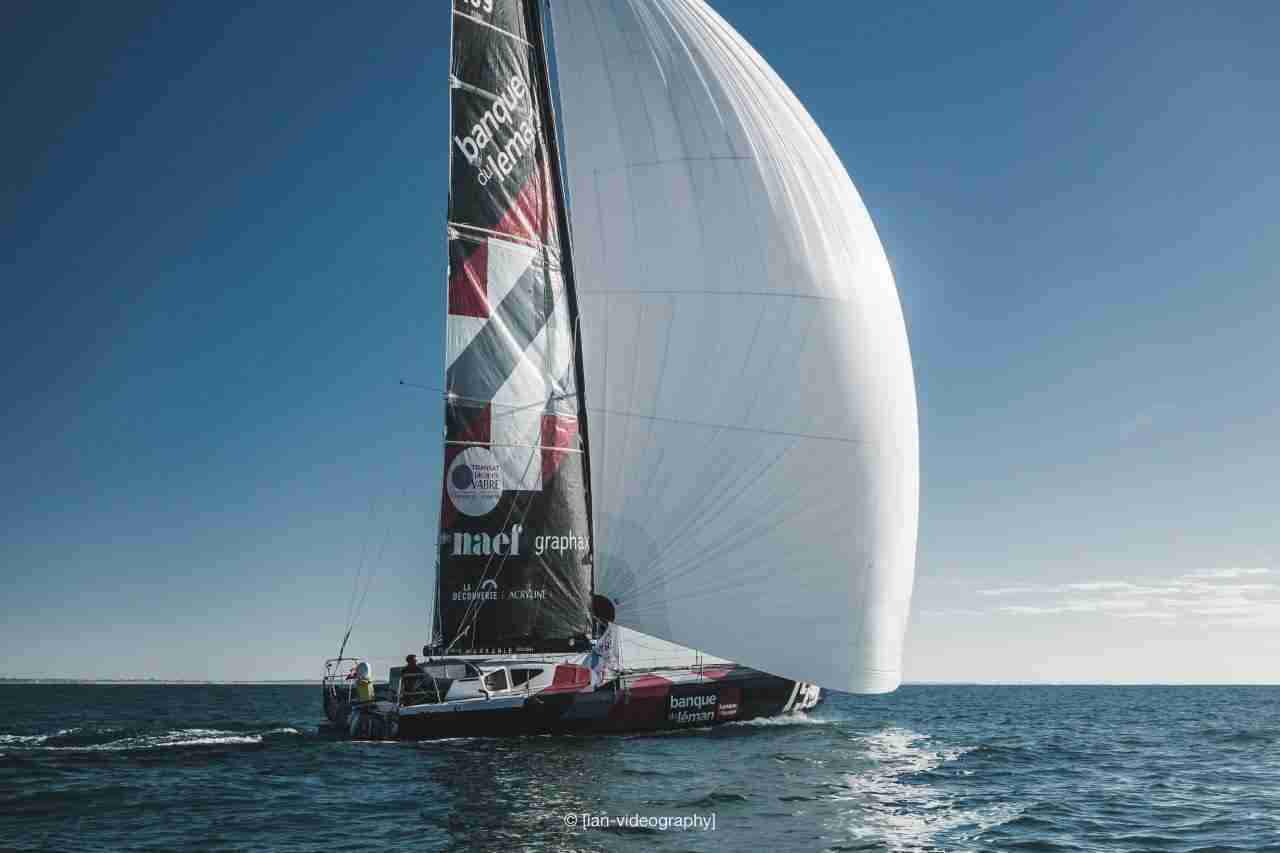 They are currently assessing the damage and will send another update soon.

The seven Ocean Fifty multihulls are bunched together with only 100 miles separating first from 7th. Koesio, skippered by Erwan Le Roux and Xavier Macaire, is still leading.

One of the favourites at the start, Leyton is in sixth place about 80 miles behind. Co-skipper Sam Goodchild told us this afteroon, “We’ve lost a few miles so we’re going to try and catch up with the others. We have found 15/20 knots of trade winds off the coast of Portugal, with a series of gybes to keep the wind up to the Canaries. Some of the boats got ahead of us and our little mistakes at the start of the race cost us dearly. But we’re going to seize the opportunities as soon as we get them.” 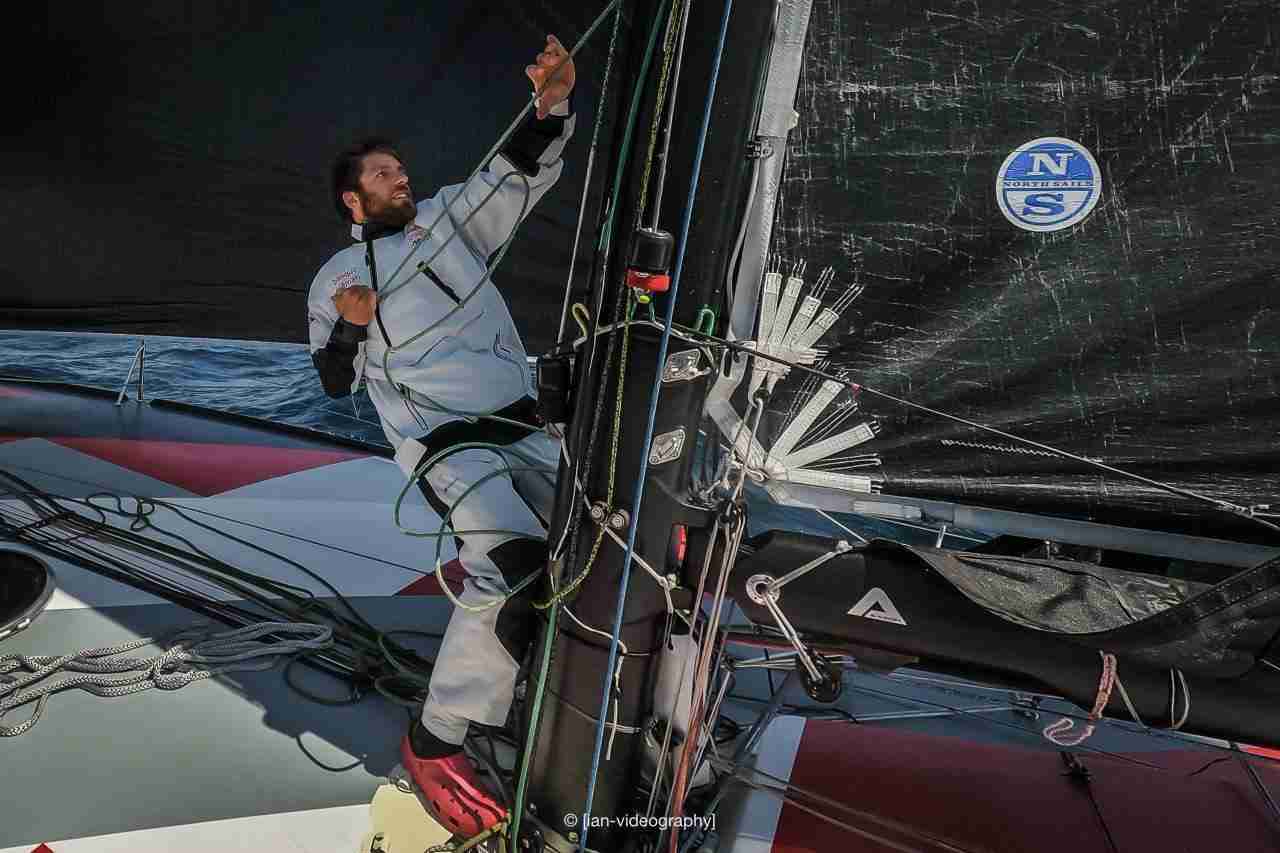 Whilst the other classes have found breeze, the Class 40s are still languishing in the Bay of Biscay. Some of the boats have only progressed fifty miles since yesterday evening (averaging ¬†a painful 4 km/h).