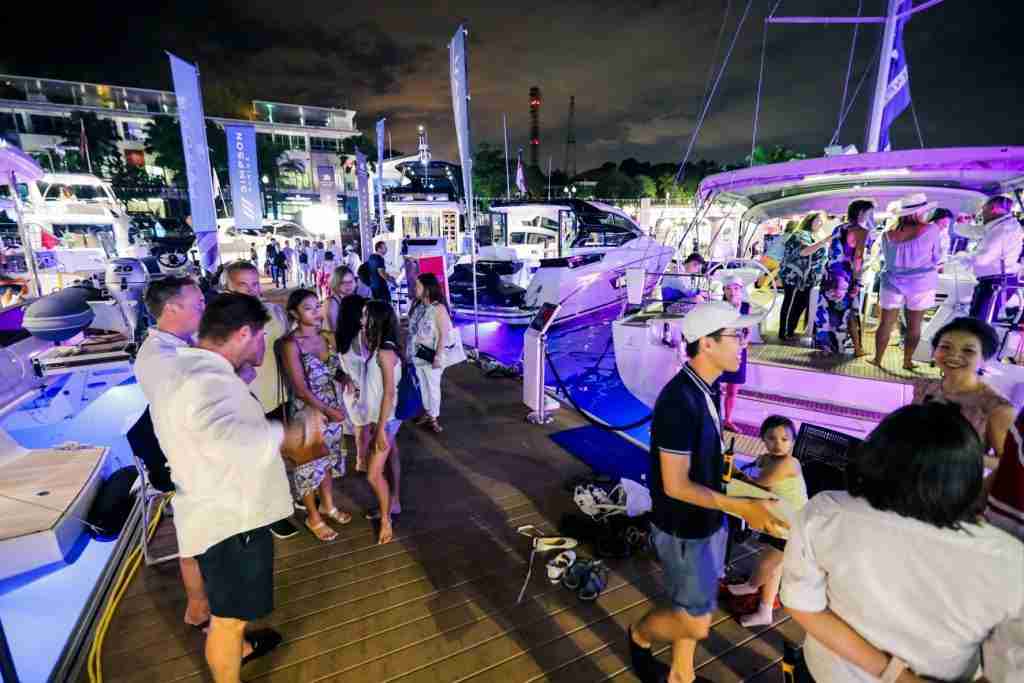 Verventia has announced the dates for the upcoming Thailand Yacht Show 2022, which will take place in two parts. The first part will be held at the Ocean Marina in Pattaya, from April 7 to 10. The second part will be in Phuket, but dates have not been announced.

In its announcement today, Verventia said that the Thailand Yacht Show 2022 will be the first boat show to take place in Asia in over two years. The company announced in November last year that its Thailand show would be split into two parts, to cover the Gulf of Thailand and the Andaman area. The show in Pattaya will focus on production yachts with a focus on the domestic Thai market, “with as many superyachts as are available in the area.”

The event in Phuket will focus on foreign-owned and flagged superyachts expected to arrive in Phuket from November onwards to spend the winter chartering in Thailand, thanks in part to the new superyacht charter regulations. Verventia says the Phuket part of the show will take place in December at the beginning of the next high season, and it will also cover the whole industry.

In its statement today, Verventia noted that sales of yachts have been strong in Asia during the pandemic, Thailand included. “People from Bangkok and other major cities have flocking to the easily accessible waters and islands around Pattaya in record numbers, and Thai dealers and distributors of the world’s best-known boating brands, as well as a steadily increasing number of local boat builders, suppliers, and service companies, want to capitalise on this new market on the Eastern Seaboard and the Thai Riviera,” the company said.

The company said that buyers from Bangkok were already showing interest in the Pattaya event. The statement also noted that Ocean Marina Yacht Club has been refurbished, and that the show would include a diving exhibition, live sailing, and boating experiences plus sea trials on high-quality charter yachts. The company said that 22 yachts are already booked to appear at the Pattaya part of the show and over 50 are expected.