The 29m power cat is among the builder's largest motoryachts, and will now undertake sea trials and technical tests on the Baltic Sea 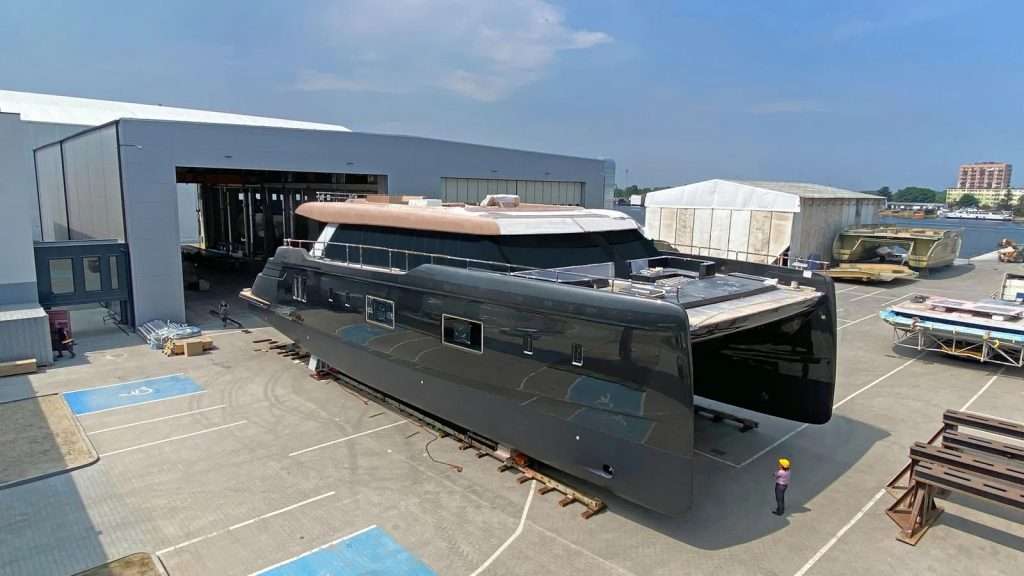 The flagship 28.63-metre 100 Sunreef Power has been launched from Sunreef Yachts‘ new facility in Gdansk, Poland.

The power cat, which was designed in-house, went under production in March 2020 and will now undergo sea trials and technical tests on the Baltic Sea. She is the builder’s second largest motor yacht after the upcoming 110 Sunreef Power. 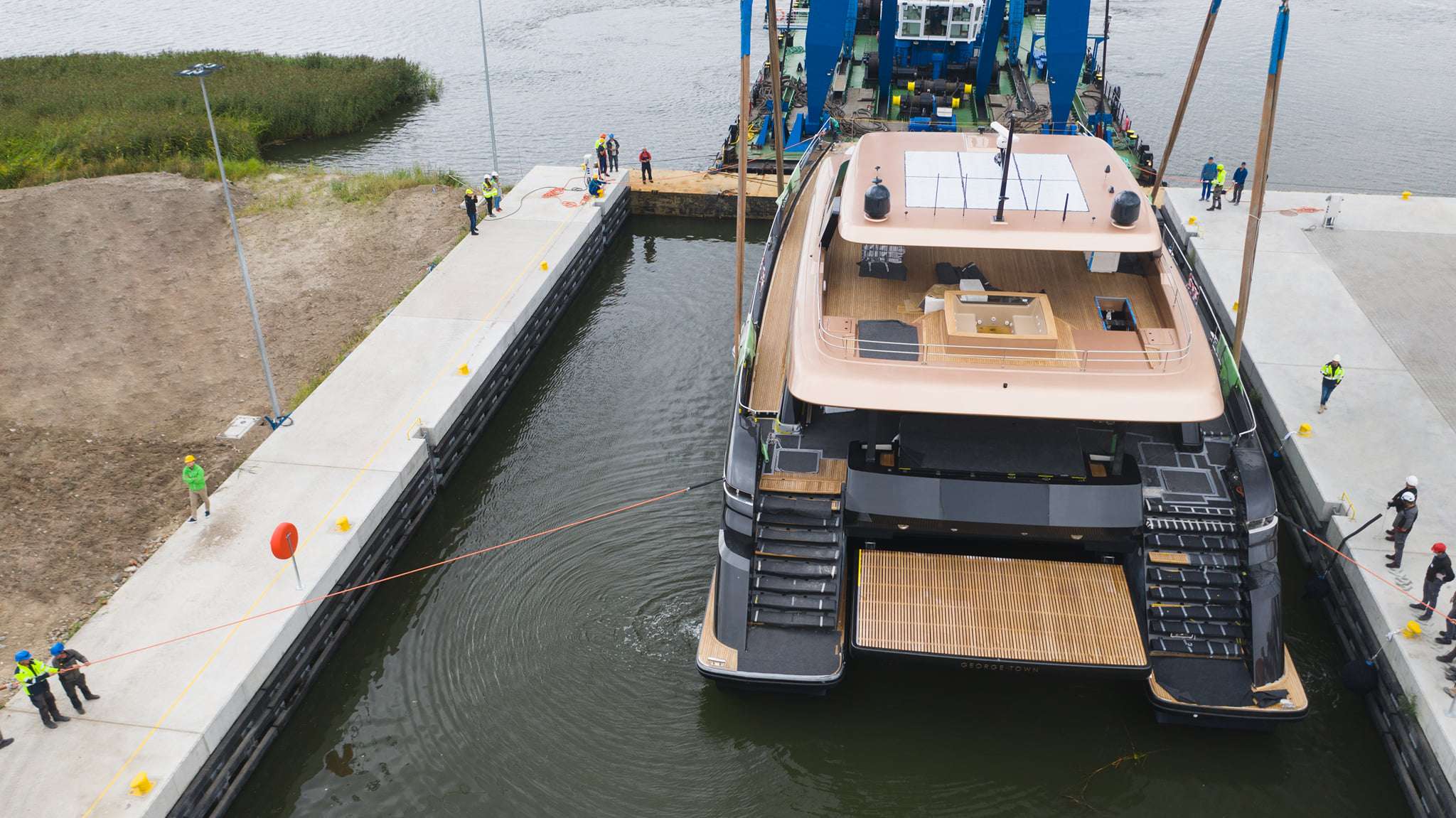 The 100 Sunreef Power has a 13.5-metre beam, a volume of 300 GT, and can accomodate 10 guests in five staterooms as well as three crew. Across 500 sqm of living area, there is a gym, a custom-designed bar, a full-beam bow terrace with a sunken lounge area and a flybridge with spa pool.

The twin-hull superyacht also features an aft garage with space for two large jet skis, and a wide array of water toys, and a hydraulic aft platform that can be levelled with the aft skirts to create a large beach club. She is equipped with twin 1,300hp engines. 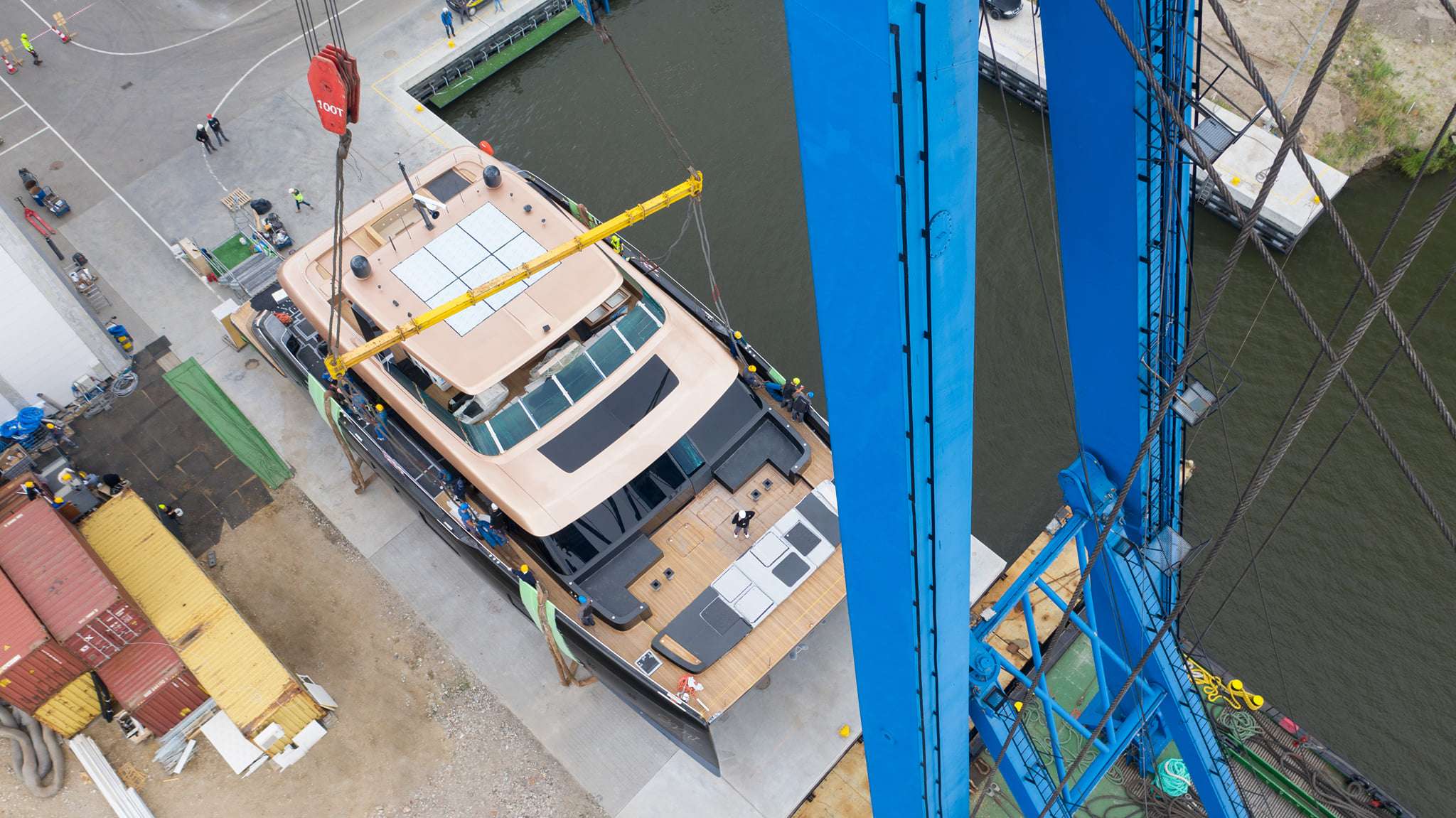 “At the avant-garde of multihull superyachts, the 100 Sunreef Power is the first craft launched at Sunreef Yachts’ new shipyard,” said the builder after the launch. “This unstoppable bespoke craft marks an important moment for the company and elevates luxury catamaran design to a new level.

In March, Sunreef R&D Strategy Consultant Nicolas Lapp told APB that Sunreef’s Eco models, which feature a “solar skin” – super-thin photovoltaic (PV cells) that have been built into the fibreglass structure of the yacht – will become standard.