McConaghy Boats in Zhuhai has started production on the new AC40 class yachts, which will be used in training and in qualifying events leading up to the 37th America’s Cup (AC37). 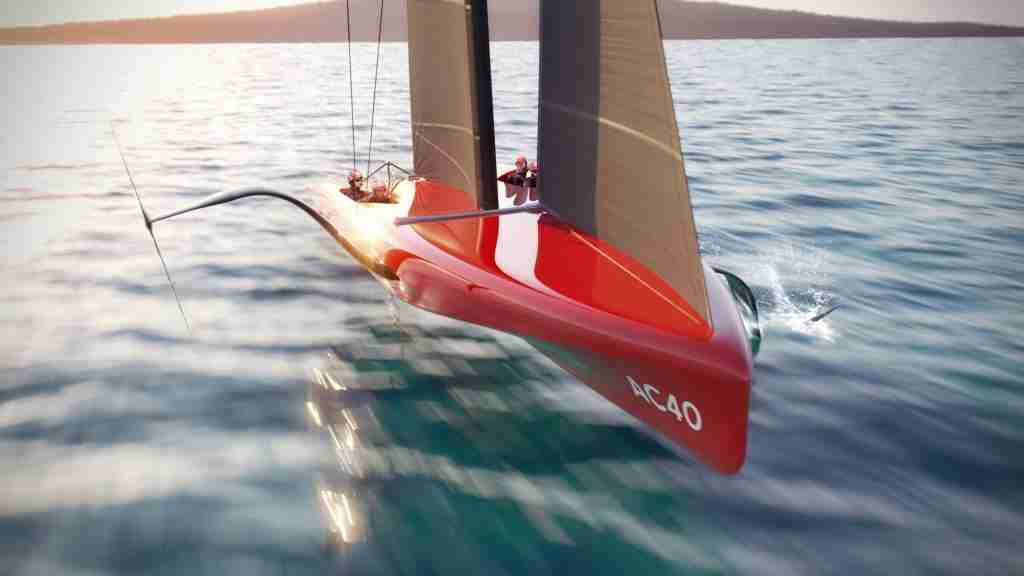 America’s Cup teams are to use their AC40’s for testing, development, match race training and preliminary events. The AC40s will also be a key element in creating an easier “pathway” into America’s Cup competition for women and the next generation of foiling sailors. Emirates Team New Zealand has also developed an AC40 simulator for additional training.

In an announcement, McConaghy Boats said that the AC40 hull shape is based on that of Emirates Team New Zealand’s Te Rehutai, “but is already a generational step forward incorporating a number of developments learned after the completion of AC36 last year.”

“Specialised elements like the rigs are being built by Southern Spars and the boat building talent we have at the ETNZ build facility are producing the foil arms. We also have a great partnership utilising the production power of an organisation like McConaghy Boats in China for the hulls, decks and fit out as well as North Sails Marine group with the aero package,” said Richard Meacham of Emirates Team New Zealand. 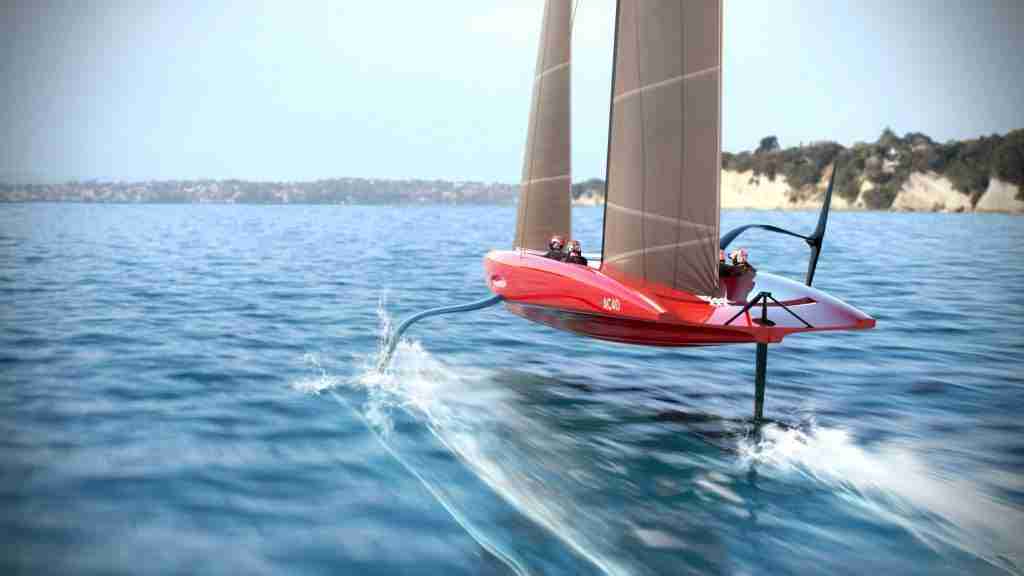 The first AC40 is to be shipped from McConaghy Boats in Zhuhai to ETNZ’s base in Auckland this July. Another AC40 will be launched every five weeks afterwards, as challenging teams for the AC37 make their preparations.

Private owners will also be able to purchase their own AC40 yachts, which is intended to help generate interest among would-be syndicate owners. McConaghy Boats expect to be able to take private orders for the AC40 in three to four months, according to Angie Zhang, marketing manager for McConaghy Boats. 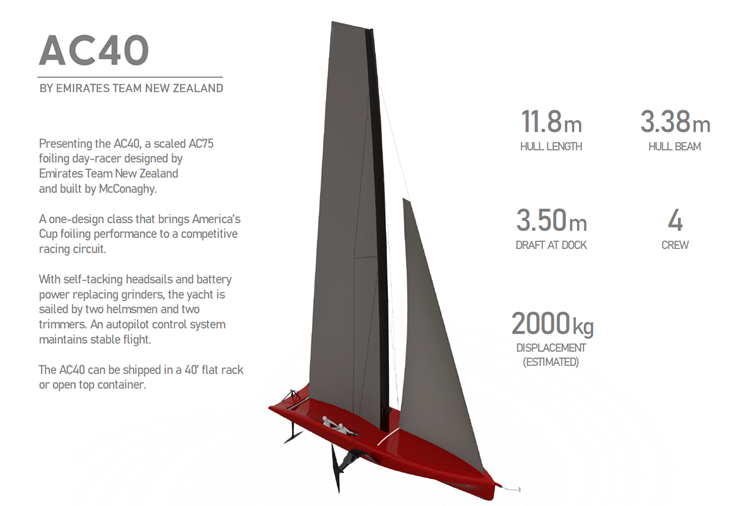 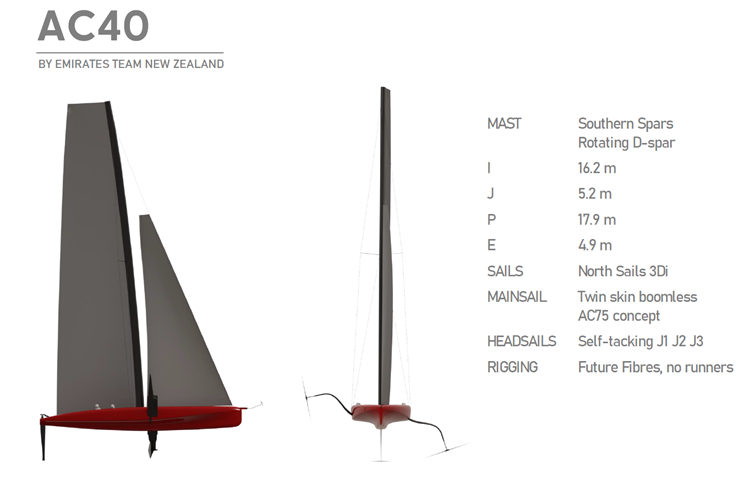 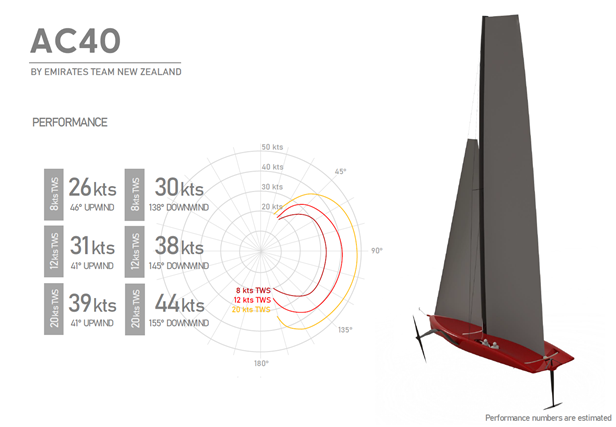 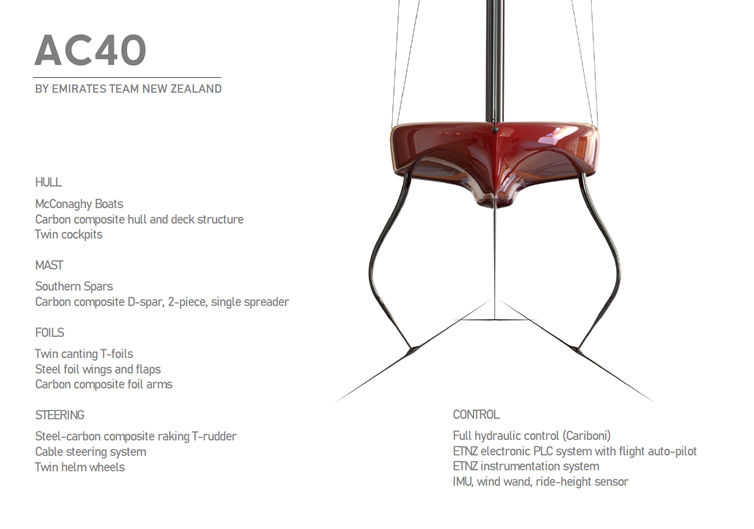 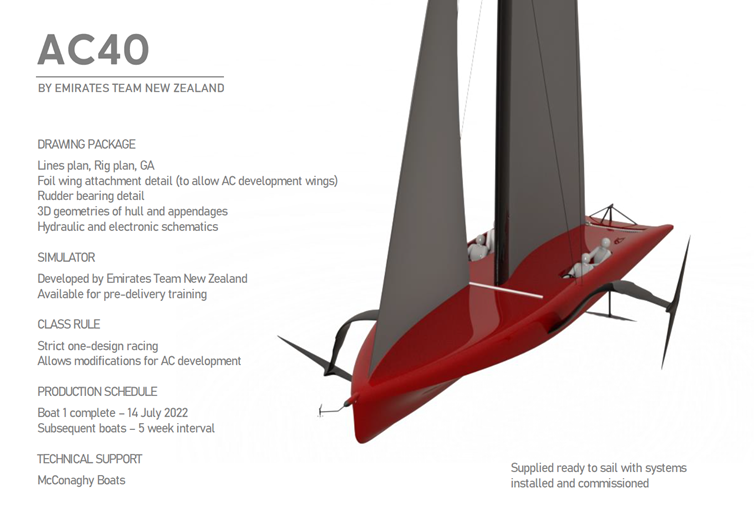