Huge blaze damages over 30 boats and sinks at least 20, with one person sent to hospital

A fire has swept through Hong Kong’s Aberdeen South typhoon shelter, damaging over 30 boats and sinking at least 20.

The fire broke out in the early hours of Sunday morning at around 2.30am, and is understood to have started on a houseboat hosting a barbecue before spreading rapidly to other vessels.

Around 35 people were rescued and no one was seriously injured, according to local public broadcaster RTHK. One young boy was sent to hospital after feeling unwell.

The marine department is now working to recover sunken vessels and debris from the shelter, and clear an oil spill that has spread over the water. 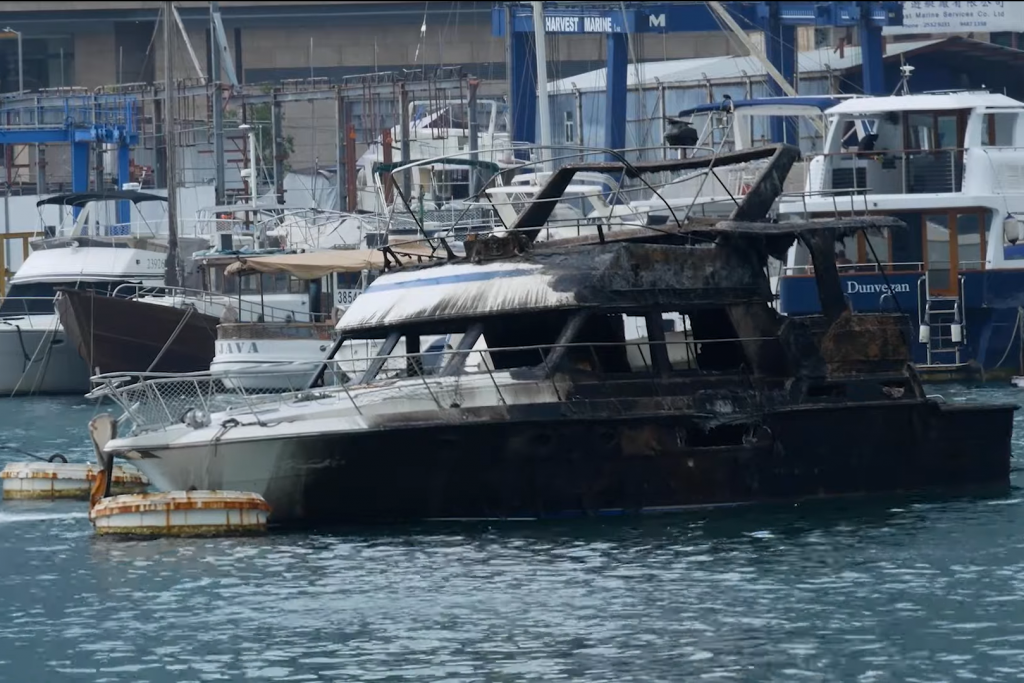 Fire services commander Yiu Men-yeung told an SCMP reporter that efforts to contain the flames were hampered because the anchored boats were moored so closely together.

“The fire first broke out on a yacht … and it spread to many vessels because of the wind,” he said, adding that some of the burning vessels had tipped over onto their side.

The fire has prompted fresh calls for the government to reassess the way marinas are managed and to prioritise the availability of new spaces, to prevent boats from becoming excessively crowded together.