The turn-key marina will have 130 berths, including 17 superyacht berths and six megayacht berths 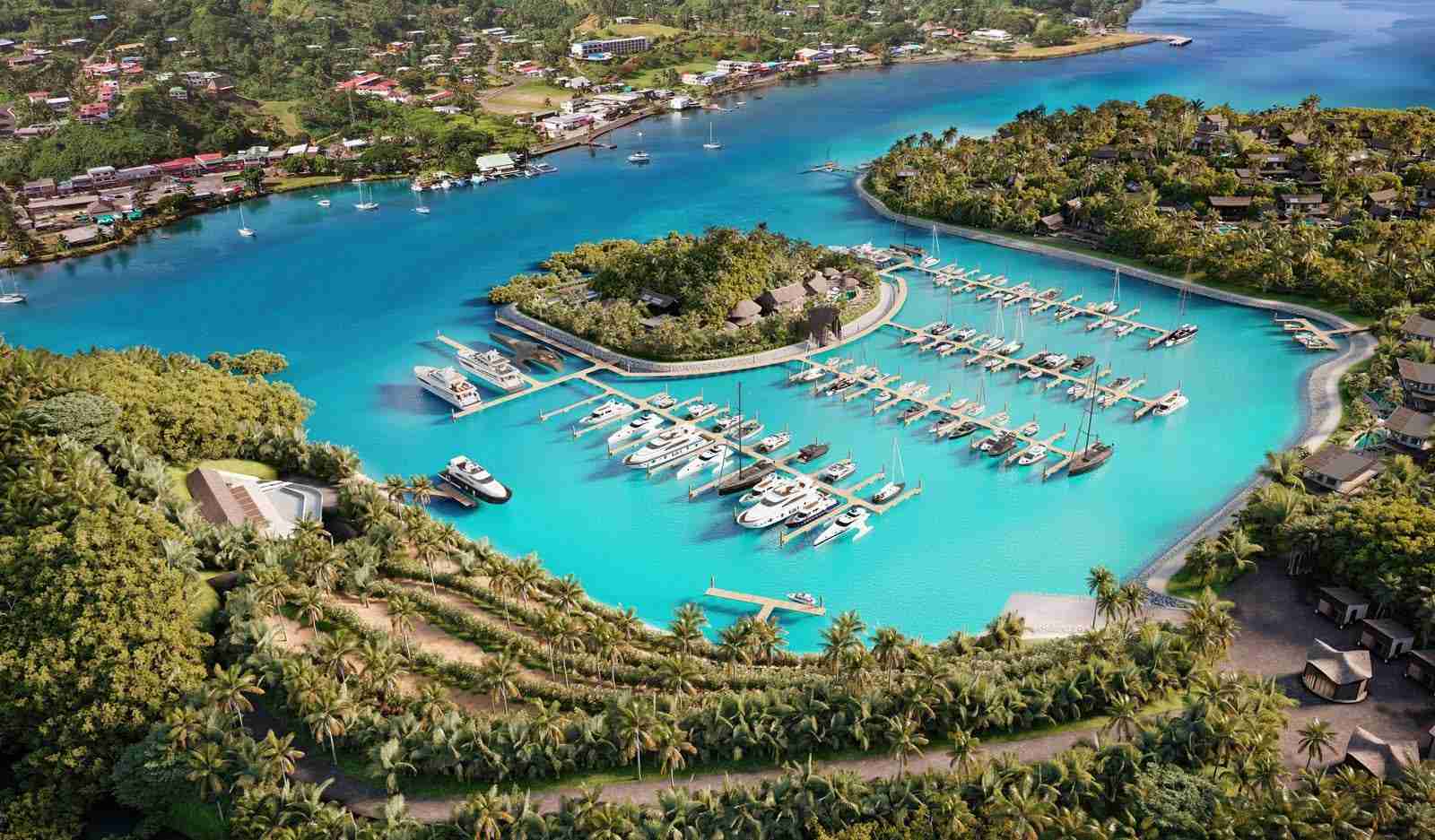 A new superyacht marina is to be built on Fiji’s Nawi Island, which lies close to the tourist town of Savusavu on Fiji’s second-largest island, Vanua Levu. Gold Coast, Australia-based GCMarine will construct the AU$8.9m (US$6.45m) marina on the Gold Coast, and then transport it to Fiji, reports the Fiji Sun. GCMarine managing director Matt Browning told the Sun that the floating components of the marina would be manufactured at the Gold Coast and then shipped to Fiji, where staff who had relocated to the island nation would complete the installation. 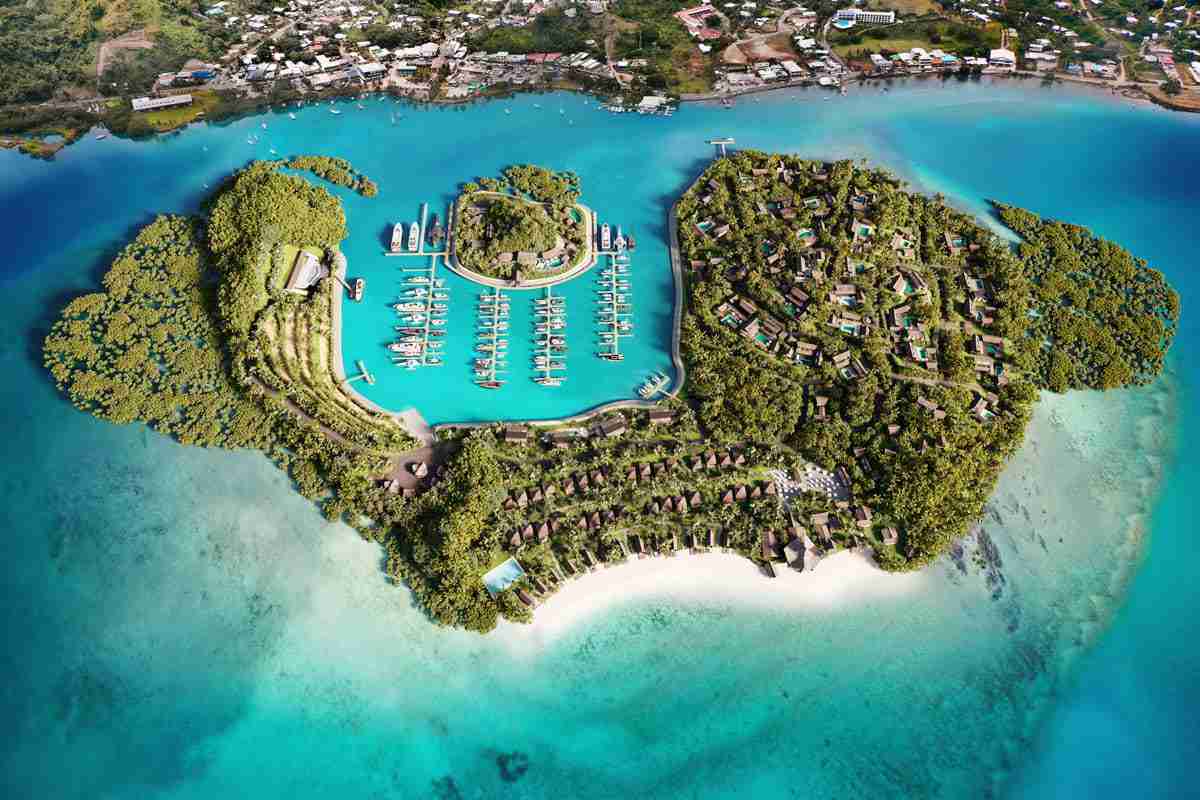 The turn-key marina will have 130 berths, including 17 superyacht berths and six megayacht berths, and will be able to withstand a Cat 5 hurricane. The marina is part of the new Nawi Island integrated residential resort community being developed on three adjacent freehold islands in the ‘hidden paradise’ of Savusavu. The development will also feature a shipyard facility, a yacht club, freehold private island homes and a world-class resort and spa. 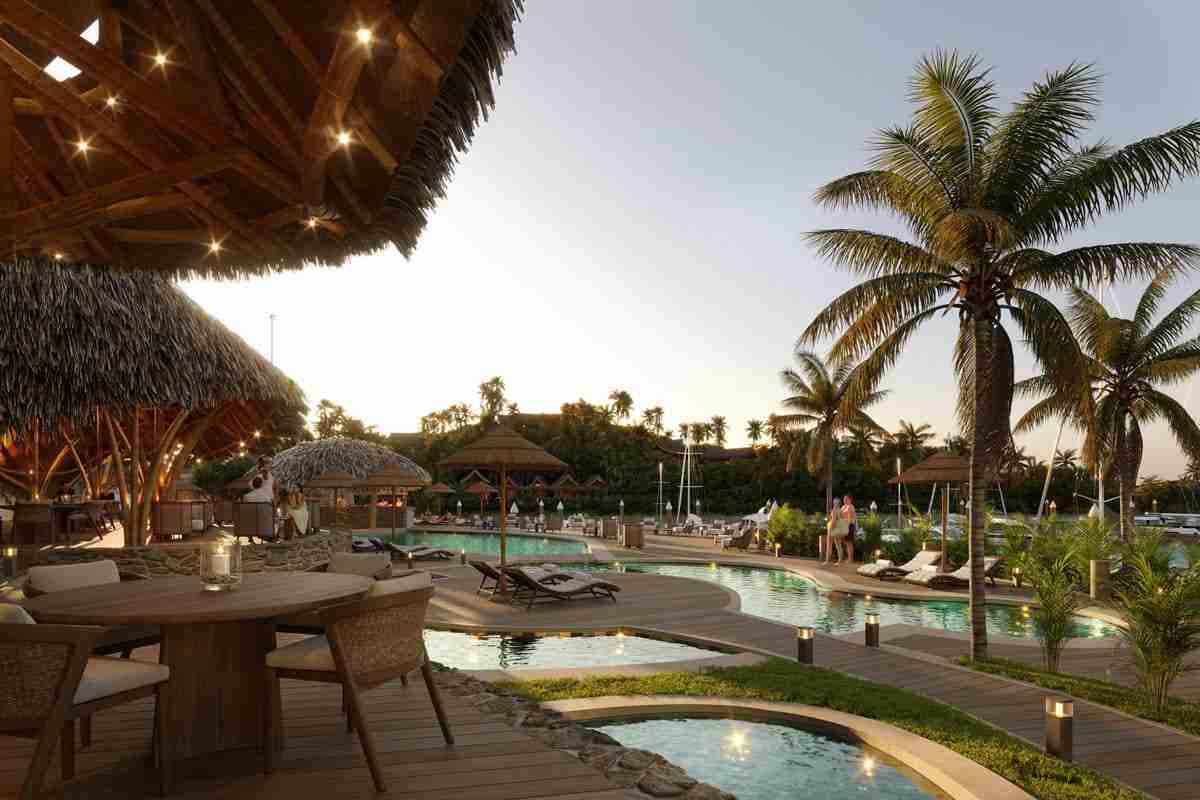 Fiji is developing into a popular destination for superyachts amid the ongoing boom in charters and boat sales. In 2020, Fiji introduced the “Blue Lanes” initiative, to encourage valuable superyacht tourism during the pandemic. Fiji’s Tourism Minister Faiyaz Koya claimed nearly US$40,000 was injected into the Fijian economy in just two days, following the arrival of Renegade, the first vessel to enter under the scheme.

GCMarine has recently redeveloped the Mirage Marina on the Gold Coast’s Broadwater. The project involved demolishing a 77-berth marina and designing a new one, which was handed over in October. www.nawiisland.com