The news comes on the back of a successful year for the company, which has seen a 300% year-over-year increase in net profit as the entire industry begins to bounce back from Covid. The company reports significant increases to the order book across all three brands – up from S$10.7 million (US$7.95 million) in June 2020 to S$45 million (US$33.45 million) in June 2021.

Grand Banks, which builds its boats in Malaysia, has an Asian legacy spanning back six decades to the founding of Hong Kong-based American Marine in 1962. 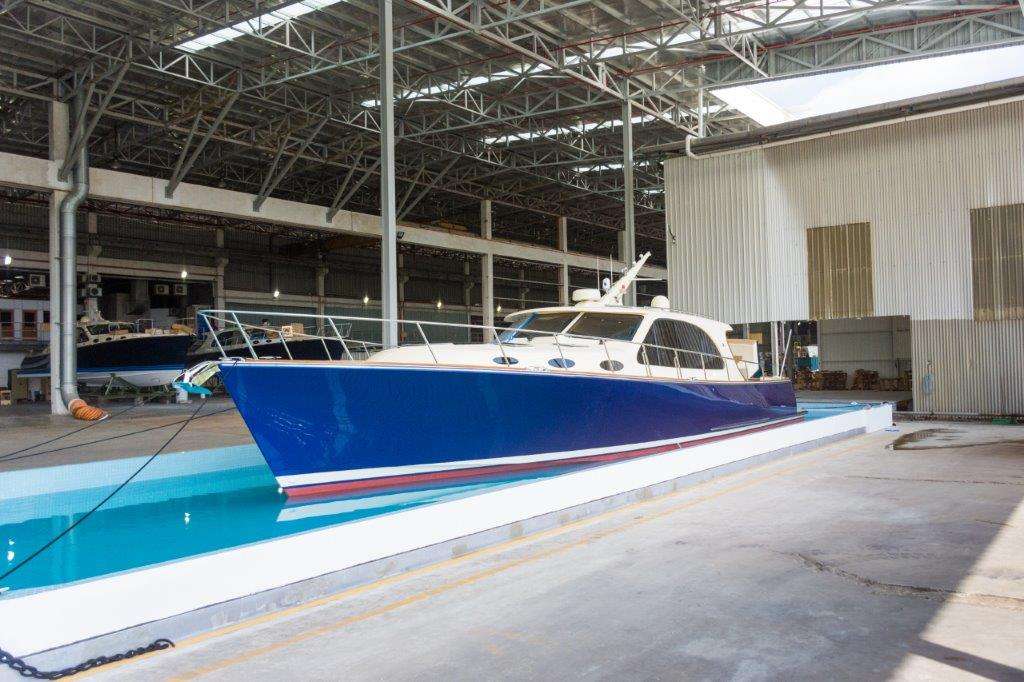 Johor Bahru, Malaysia, is home to the Grand Banks Yachts factory and a short drive from Singapore

Part of the motivation for the rebranding was the proprietary “V-Warp” hull design, developed in-house and used exclusively across all three brands that comprise the new GB Marine Group.

Originally inspired by the US Navy and Nasa atabases on waveforms, the V-Warp hull was adopted by group CEO, Mark Richards, when he launched his first 38-footer in 1998 under the Palm Beach Motor Yachts brand, which he founded in Australia in 1995. Promising both stability and performance along with fuel efficiency, the hull has been a resounding success in the last two decades.

“Due to the amazing performance characteristics of our V-Warp technology, we have incorporated the same ethos across all the GB Marine Group brands,” says Richards. “The decision to do this was based on our experience with the platform, and our dedication to build and deliver the highest quality, and best performing motor yachts in the industry. 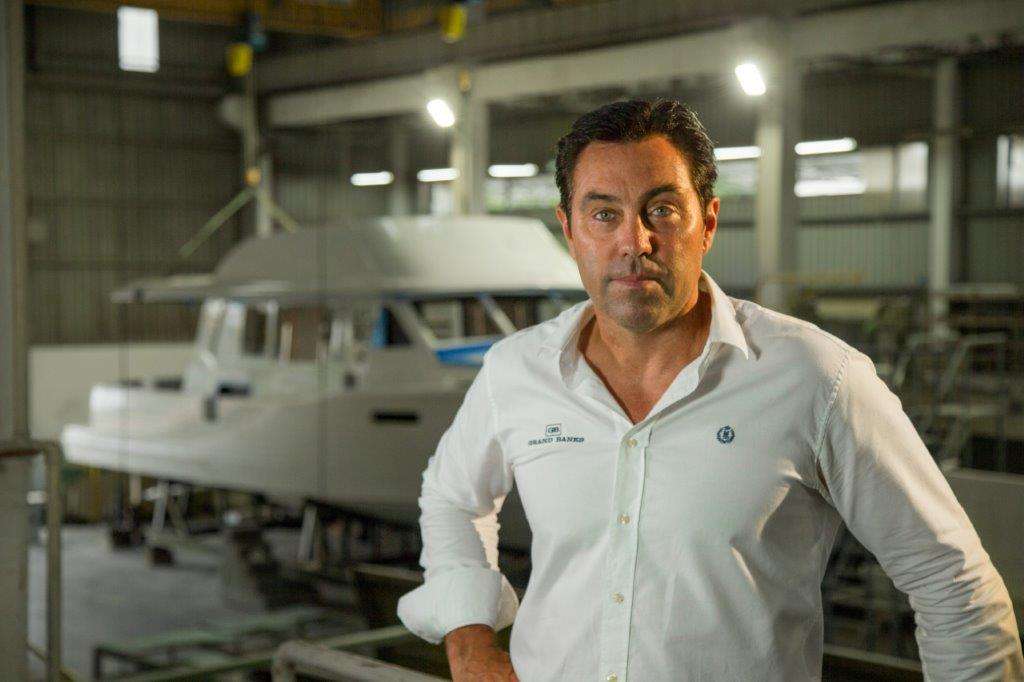 After Palm Beach Motor Yachts was acquired by the Group in 2014, the V-Warp hull started to be adopted to Grand Banks’ yacht models, and now with the formation of the GB Marine Group, to the Eastbay yacht brand as well.

With the acquisition, Richards was installed as the new group CEO, and since then the company has launched six new products including the new “GT” high-performance series in the Palm Beach line, the new Grand Banks range, as well as the upcoming Grand Banks 85 luxury performance yacht.

The Group have several other products currently in development. The all-new Grand Banks 54 debuted at the 2021 Cannes Yachting Festival this September. 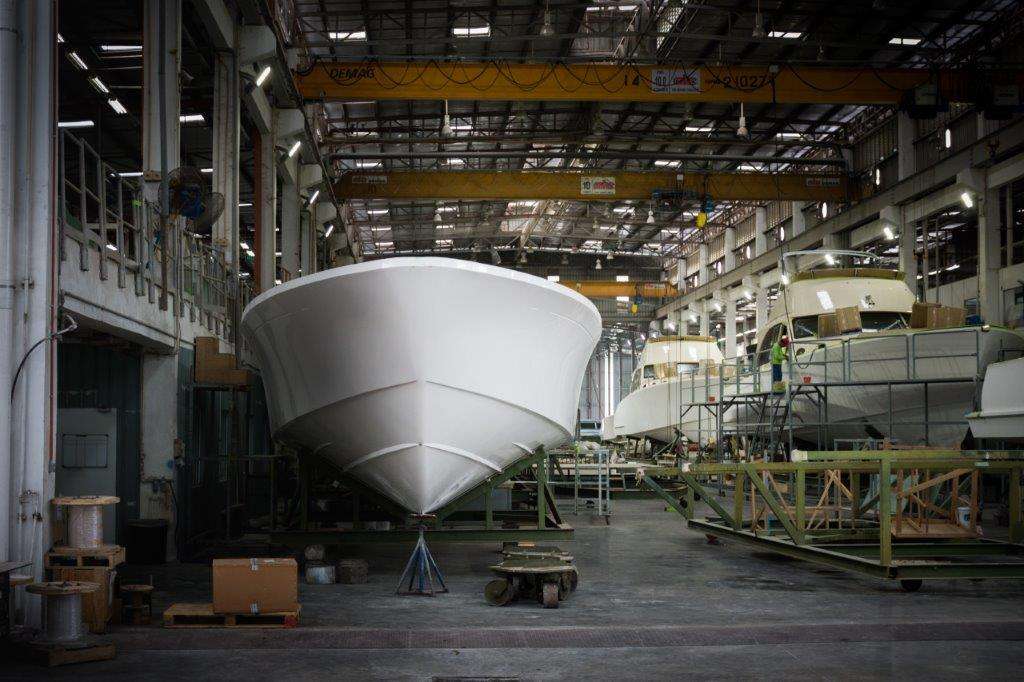 Due to government-led Covid-19 restrictions in Malaysia the GB Marine Group factory has been partially or completely closed since June 1, 2021.

The balance sheet reflects the overall strong market for luxury yachts, which has rebounded in 2020/21. Grand Banks Yachts Board Chairman Heine Askaer-Jensen credits Mark Richards and his team for guiding the company through challenging times: “The pandemic has led to temporary production halts in Malaysia, on the one hand, and increased demand for bigger luxury boats on the other,” he says. “Despite the immense challenges, we have delivered a commendable performance in 2021 with a healthy order book.” For his part, Richards credits his “customers, contractors, management and staff for their perseverance and hard work.”

As the yard reopens, GB Marine Group aims to return to 100% operating capacity by mid-September.