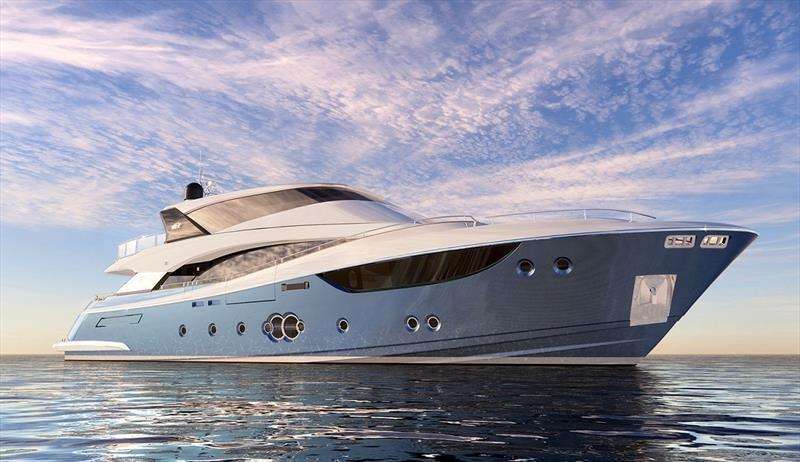 Italian builder Monte Carlo Yachts has revealed further details of its flagship MCY 105 Skylounge, and confirmed the first hull has been sold into Asia. Delivery is set for summer 2022, and the yacht will spend its first season cruising around the Mediterra­nean.

The new model is the third in MCY’s enclosed-flybridge Skylounge Collection, following on from the 2020 release of the MCY 70 and MCY 76 Skylounge.

The 32-metre MCY 105 Skylounge offers voluminous interior spaces. Wide areas are offered both on the upper and on the main deck which features the spacious owner’s cabin, while other accommodations are located in the lower deck. 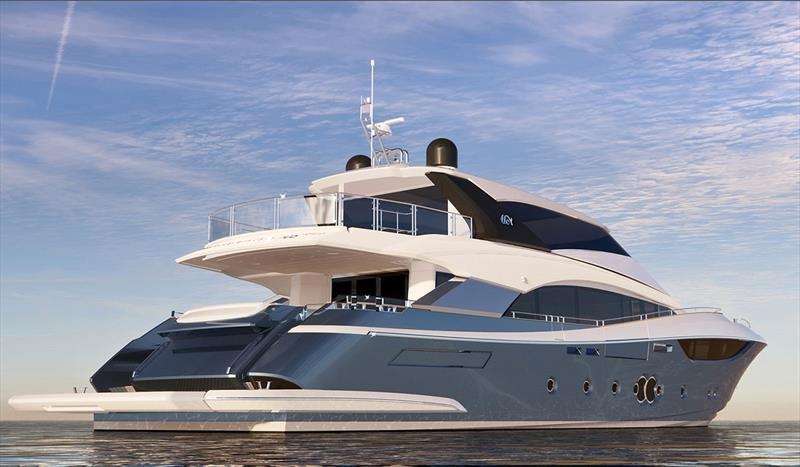 “MCY 105 Skylounge is the result of a continuous exchange of knowledge, opinions and experiences between the shipyard and the worldwide market,” says Sergio Loiacono, MCY’s sales and marketing director. “It’s also thanks to a privileged relationship we have developed with our customers that we have the opportunity to work on such exciting projects which allow us to push the bar higher and higher.”

The new model is a product of collaboration between MCY and long-standing design partners Carlo Nuvolari and Dan Lenard. 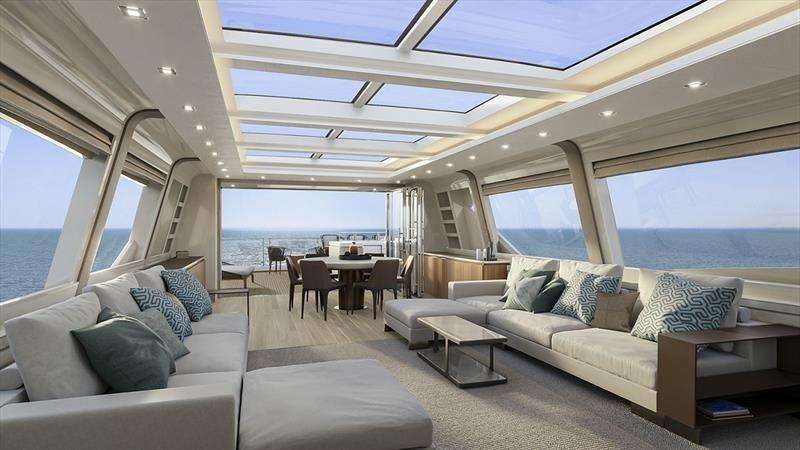 As the largest of MCY’s fleet, the new 105 Skylounge boats an enclosed flybridge of over 43 sqm, with a space that can be customised according to needs and occasions, able to transform from private saloon to a convivial gathering space.

“The additional volume offered by the enclosed flybridge provides owners with unmatched levels of freedom,” say Carlo Nuvolari and Dan Lenard, “allowing them to customise the yacht according to their personal way of experiencing life at sea. It’s surprising to think that the whole area of the main deck, or the flybridge, can be destined to uses never imagined before, freeing the creativity and fulfilling the owners’ desires in terms of intended use of the space.” 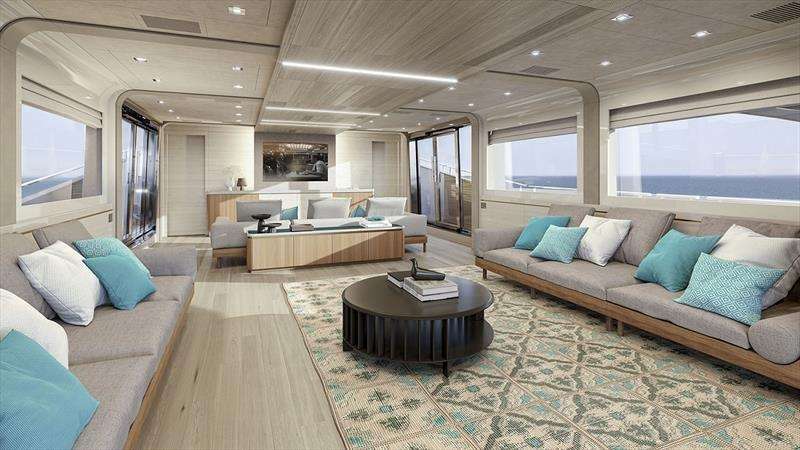 The upper deck living area incorporates the fully equipped helm station, which offers 360-degree views of the seascape as well as a view of the sky through the transparent ceiling.

“The Asian owner of this disruptive model chose the Italian shipyard for its capability to meet expectations in terms of customisation and delivery time,” the shipyard says. “The need was to have a yacht that could be enjoyed not only in extreme cli­mates, but everywhere, thanks to the numerous spacious exterior areas it displays.”