The 24-metre planing yacht, which debuted in Cannes in 2017, has proved popular in the Asia-Pacific market 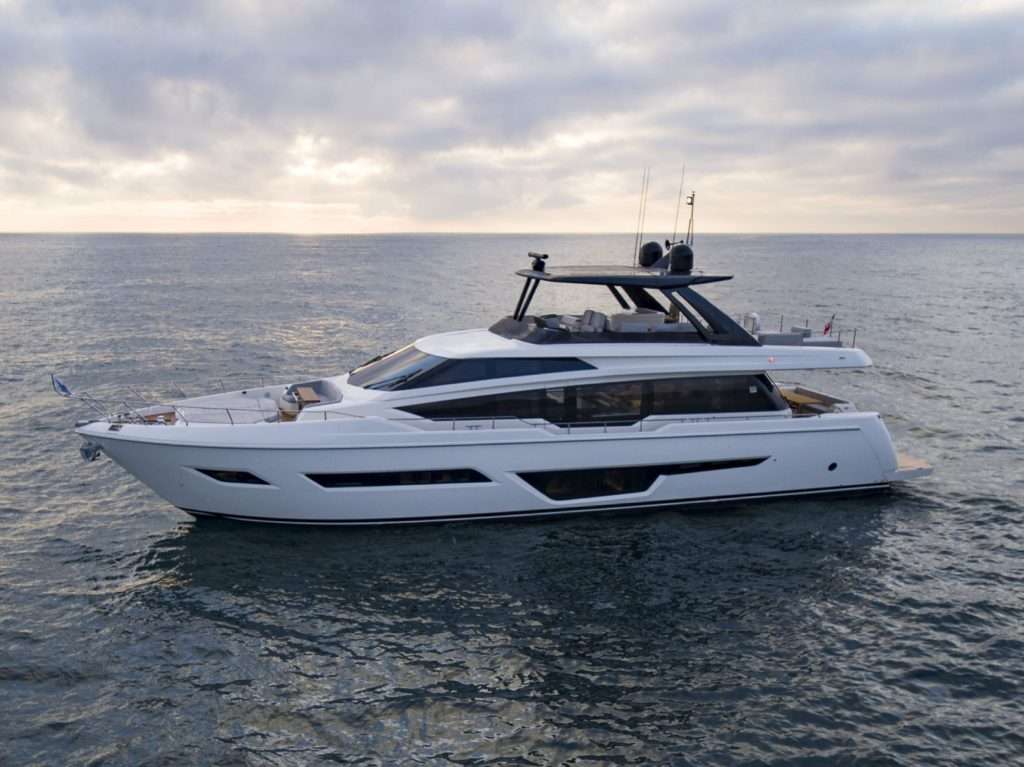 The 24-metre planing yacht, which debuted in Cannes in 2017 and has proved popular in the Asia-Pacific market, originally filled the gap in the builder’s line between the 700 and 850, taking design cues from the Ferretti 450 and 550. The 780 has now been given an elegant overhaul; the result of collaboration between the Product Strategy Committee led by Piero Ferrari, the Ferretti Group Engineering Department, and Ideaeitalia for the interior design.

New features introduced by the restyling range from the extensive glazed surfaces in the hull, giving the yacht’s sleek and streamlined profile an even sportier look, to the new layout and decor of the flybridge, with a larger central bar area in the standard layout. 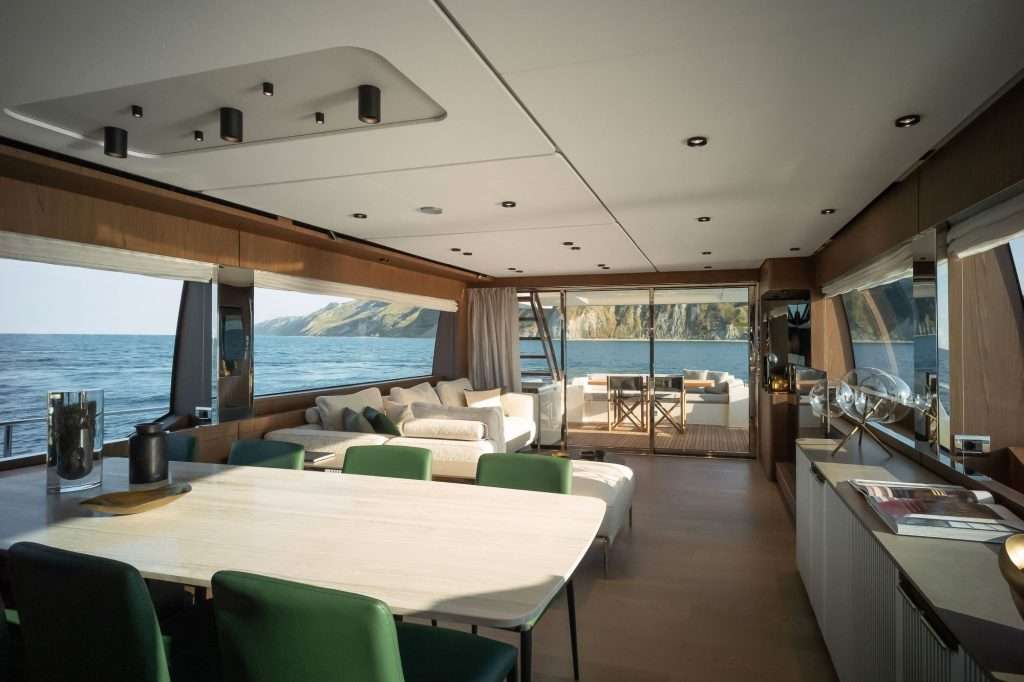 The major redesign of the interiors introduces several new features found on the latest models in the range, including a choice of two decor moods: Classic, with warmer and more traditional colours inspired by the island of Ischia in the Gulf of Naples; and Contemporary, a more urban and modern look with cooler colourways inspired by Taormina in Sicily.

The first new-era Ferretti Yachts 780 presented will feature the Classic mood. All the exterior furnishings, such as a modular sofa for the dining area and the armchairs in teak and batyline fabric, are from the collection customised by Roda exclusively for Ferretti Yachts. 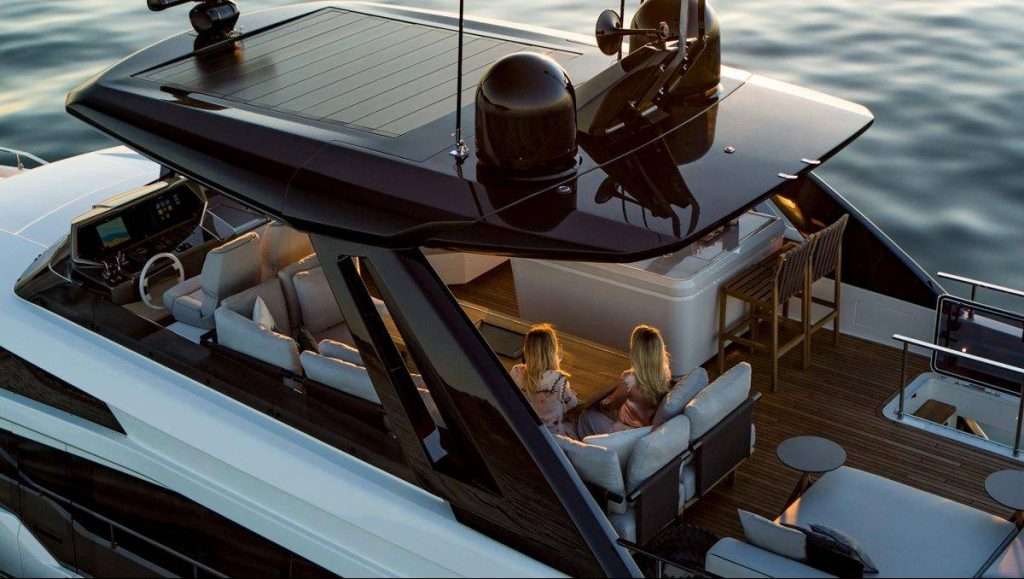