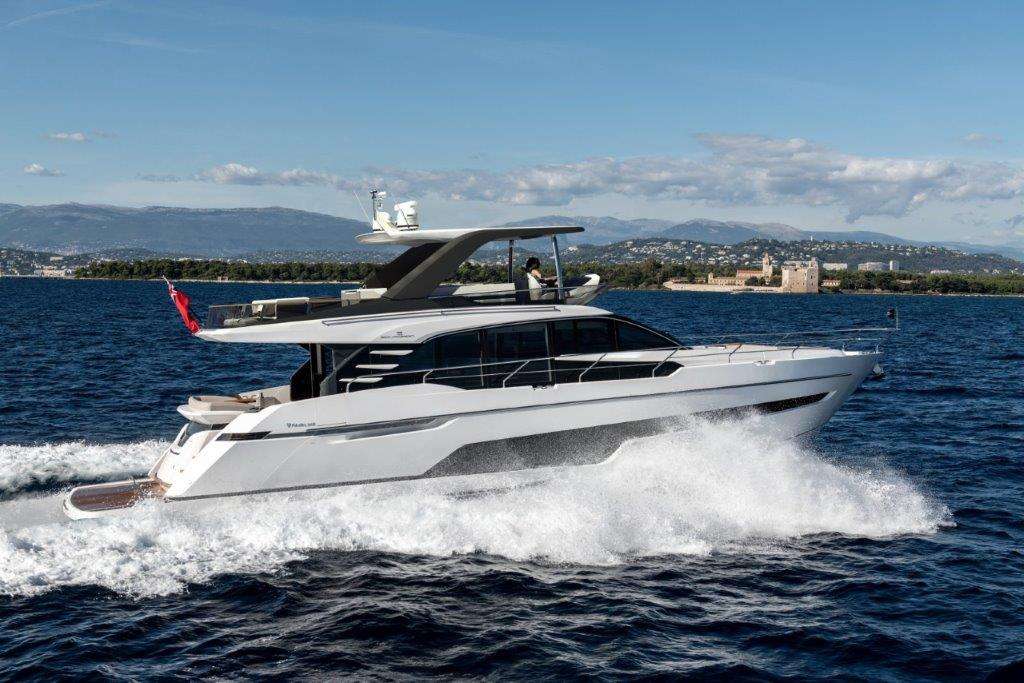 British shipyard Fairline has announced the new Squadron 68 Evoque, an update to the current flagship Squadron 68, which is set to debut at Boot Dusseldorf in 2022.

With styling by award-winning Italian designer Alberto Mancini, the luxury cruiser has an updated layout featuring new hull windows and a new hardtop. An optional electric extending canopy can cover the bar unit, or an aft cover on poles fitted onto the flybridge will cover the entire back of the flybridge on a sliding fabric roof.

The lower helm of the Fairline Squadron 68 Evoque has a two-stage sliding door option with a manual fold-up window that transforms the section into a bar area.

The model will be available in a three-cabin or four-cabin layout. 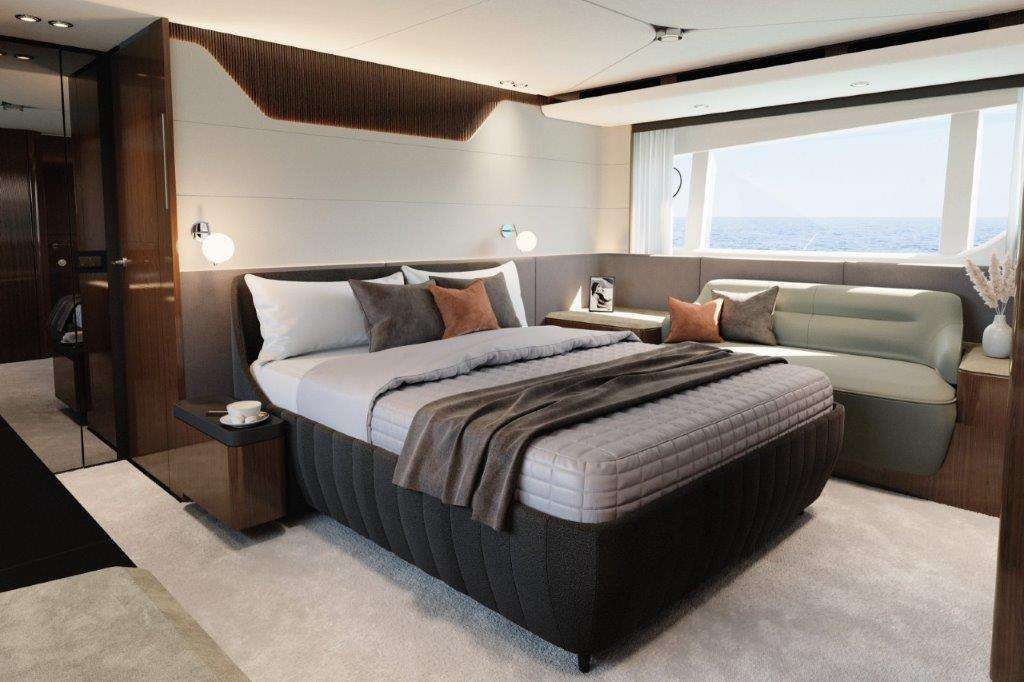 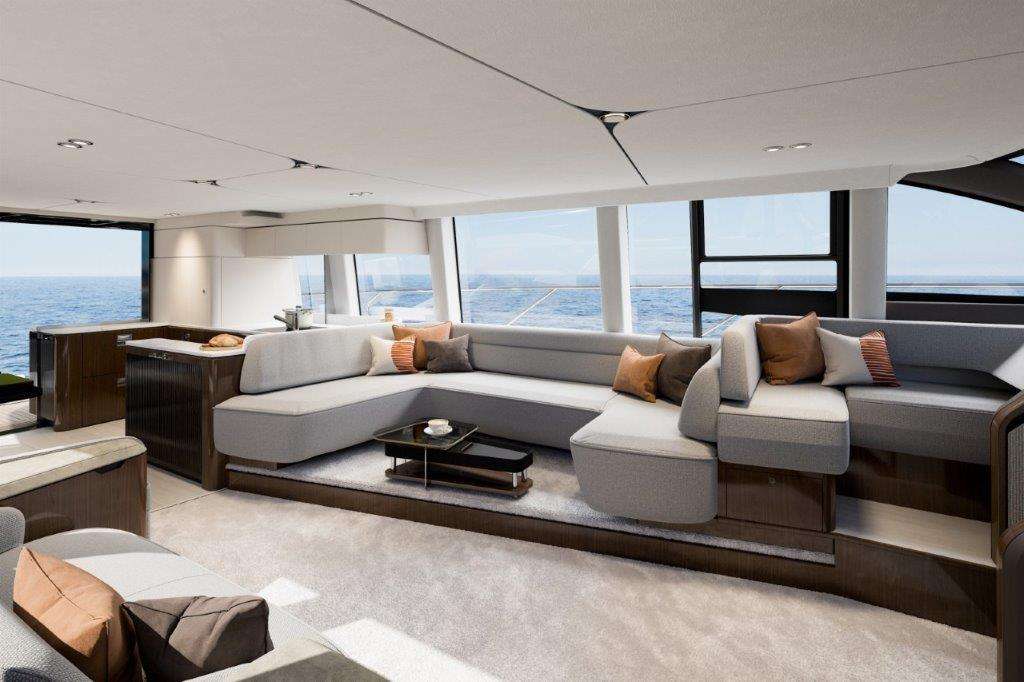 The builder also displayed its updated F//Line 33, a sleek speedboat penned by Mancini, at the Cannes Yachting Festival this month. Regional dealer Simpson Marine has ordered the first F//Line 33 in Asia, which is currently in Thailand.