The fourth package of sanctions extends to all luxury goods, in an attempt to hit Russia's elite

The EU has barred all exports of yachts and boats to Russia, in a new, fourth package of sanctions that were announced this week by the European Commission. The sanctions extend to all luxury goods, including recreational boats, planes and cars.

In the full statement, which can be seen here, the EU declares these sanctions will “further contribute to ramping up economic pressure on the Kremlin and cripple its ability to finance its invasion of Ukraine,”, and that the export ban on luxury goods is designed to “directly hit Russian elites.” The statement continues: “Moreover, the list of sanctioned persons and entities has been further extended to include more oligarchs and business elites linked to the Kremlin, as well as companies active in military and defence areas, which are logistically and materially supporting the invasion. There are also new listings of actors active in disinformation.”

In addition, the EU, together with other World Trade Organization (WTO) members, has agreed to deny Russian products and services “most favoured nation” treatment in EU markets, which will suspend the key benefits that Russia enjoyed as a WTO member. “These actions against Russia protect the essential security interests of the EU and its partners in light of Russia’s unprovoked, premeditated and unjustified aggression against Ukraine, assisted by Belarus. They are fully justified under WTO law,” the EU statement says. 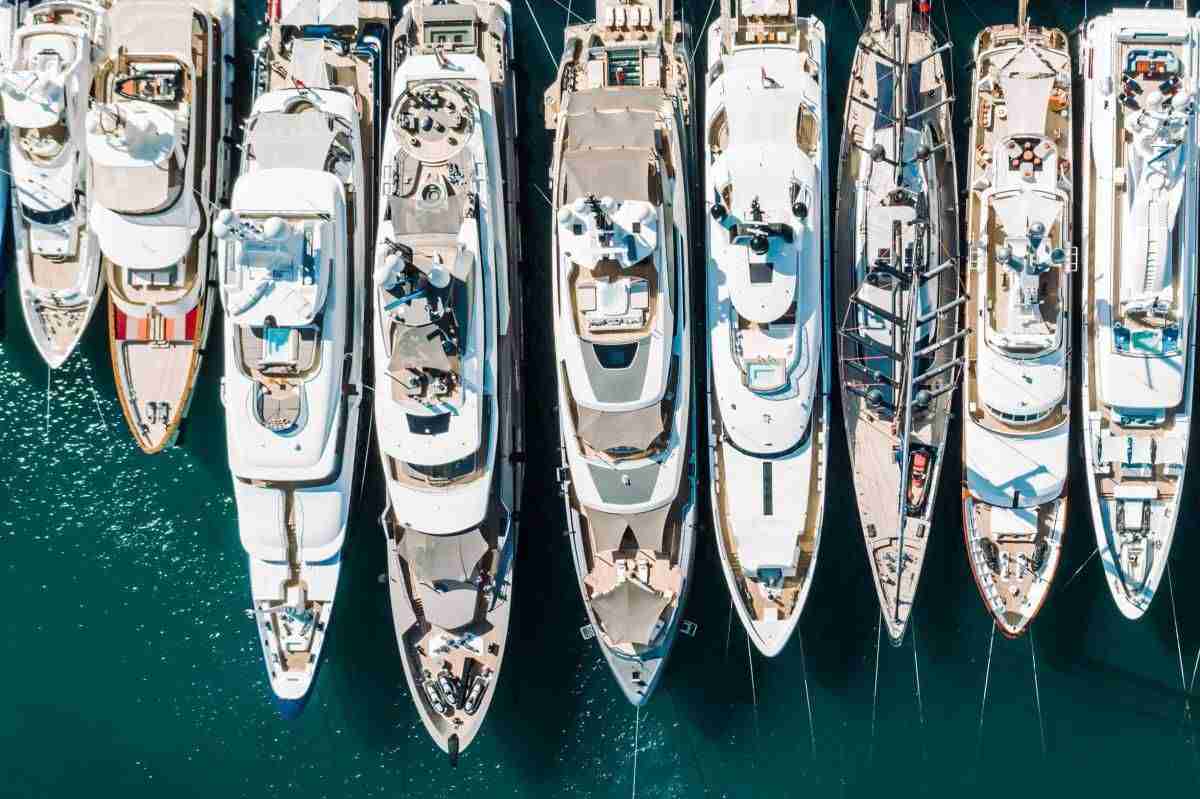 In addition to the ban on luxury goods, the EU has also announced an import ban on steel products, and a ban on new investment across the energy sector. The ban on yacht exports and the import ban on Russian steel are both likely to significantly impact the European yachting industry, which is already struggling under a disrupted supply chain across the continent. Steel is widely used to build superyacht superstructures, as well as mechanical elements of the vessel. The EU has stated the ban will result in around €3.3 billion in lost export revenue for Russia.

Russians make up a significant proportion of the world’s superyacht owners. Russian oligarchs account for a significant portion of the global superyacht market. Of all the superyacht projects over 164 feet that are in build or on order, Russians make up 17 per cent of all owners of yachts over 50m, according to Boat International’s Global Order Book. This means that €3.9bn of the total global order book, which is valued between €35-40bn, is funded by Russian clients. 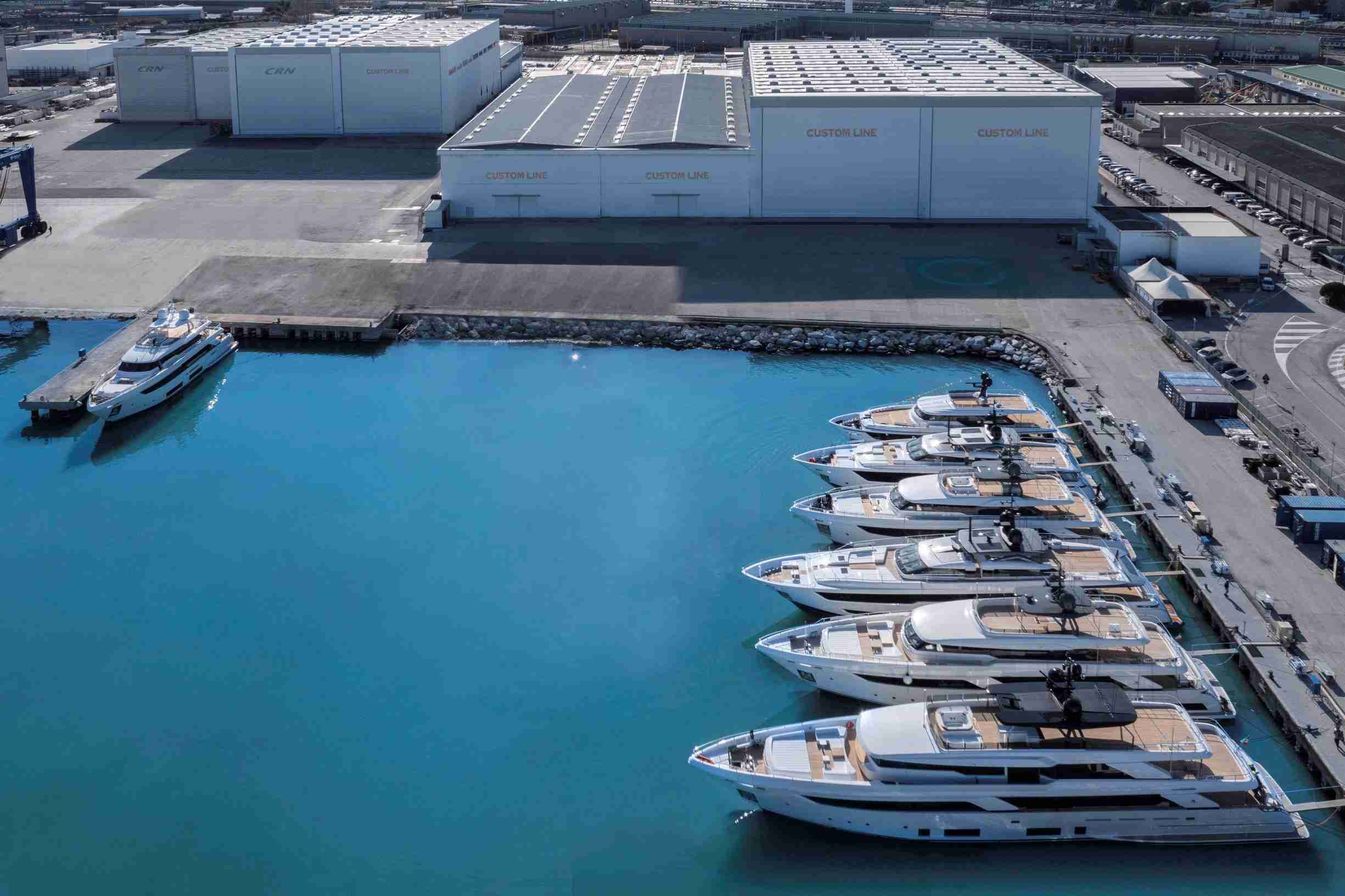 The exact impact of the latest sanctions is yet to be understood. However, several European yards have been downplaying concerns in recent weeks. Ferretti Group, which has an order book valued at €1.272bn, has issued a statement claiming that less than 3 per cent of its total revenue originates from “areas currently involved in the conflict.” It adds: “Ferretti Group has no exposure to the mega and gigayacht segment, the one of greatest interest to the Russian elites most affected by international sanctions. Furthermore, as of today, the Group is not aware of any sales to subjects targeted by these sanctions.”

Sanlorenzo, which has a backlog of €1.09bn, issued a similar statement, claiming that none of its Russian clients have so far been sanctioned. It adds that orders commissioned by Russian clients make up less than 10 per cent of its total order backlog over three financial years.

Meanwhile, Heesen has restructured its board — with two Russian members voluntarily stepping down — in response to the Ukraine crisis. “Our thoughts and prayers are with all the people who are suffering from this international crisis,” the company’s CEO Arthur Brouwer says in a statement. “Heesen’s specialised workers perform their job with great dedication, and we have the moral duty to ensure they can do so for many years to come. We are most grateful to Pavel Novoselov and Pavel Sukhoruchkin for their professionalism and invaluable contribution and appreciate their choice.”