The audacious concept from Iddes Yachts is designed to inspire climate action, and projected to launch in 2025 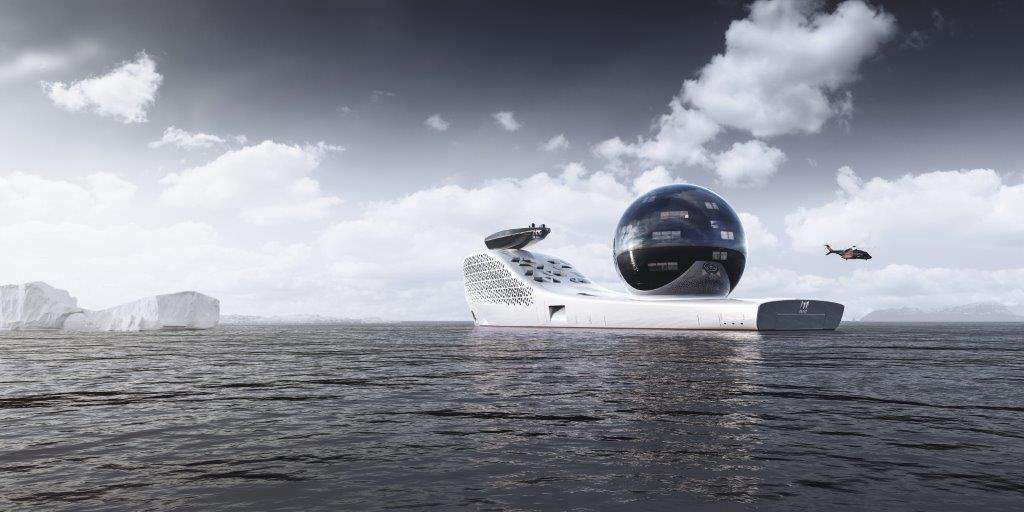 Details of a nuclear-powered superyacht, which will enable hundreds of scientists to conduct cutting-edge oceanic research in a vessel boasting a 13-storey spherical ‘science city’, have been revealed.

Known as Earth 300, the audacious 300-metre concept from design firm Iddes Yachts would be able to accommodate a total of 400 people, including 160 scientists and 165 crew. Twenty students would be ‘democratically’ chosen to join every voyage.

The plans also include 22 state-of-the-art laboratories, with AI systems, quantum computing and robotics. 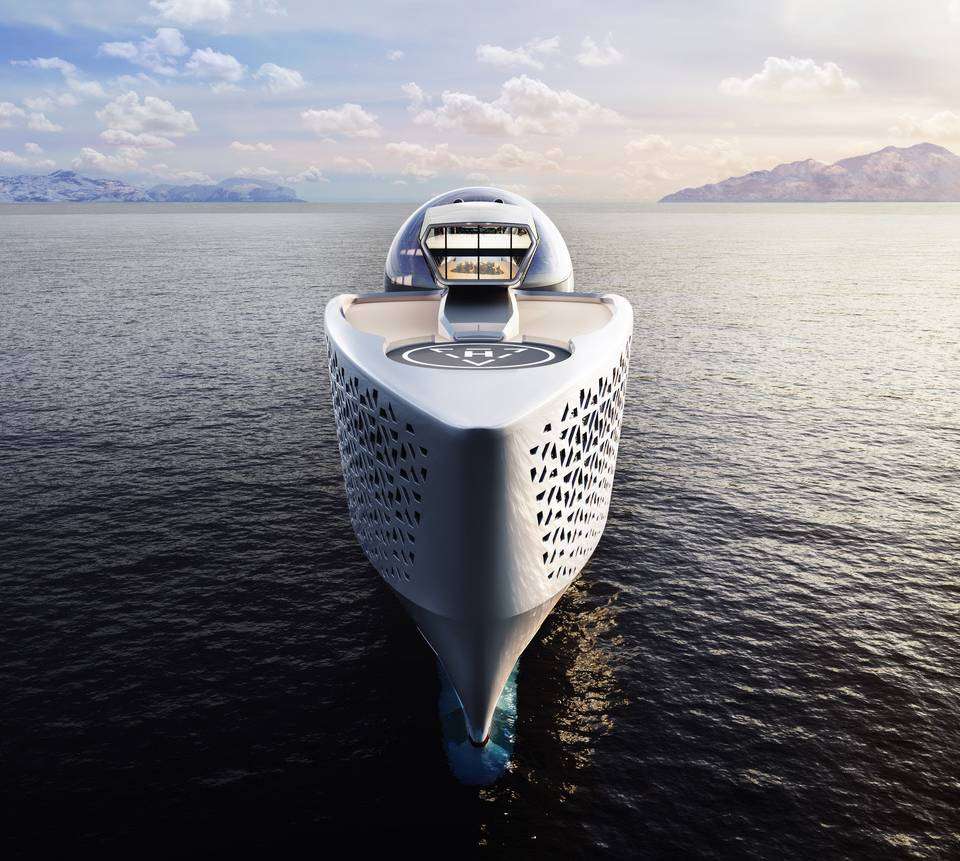 “We wanted to create a design that would inspire,” says Iddes founder and naval architect Iván Salas Jefferson. “When one looked at the sphere, we wanted them to be inspired to protect Earth. When one would walk into the sphere, now housing the science city, and felt the action of all the ongoing scientific works, we wanted them to be inspired to become an alchemist of global solutions.”

The superyacht would be powered by a ‘molten salt reactor’ – a form of nuclear tech that operates at low pressure. The tech was first established in the 1950s, but never fully developed. However, interest has been renewed in recent years, with MSRs billed as safe, emission-free and sustainable. 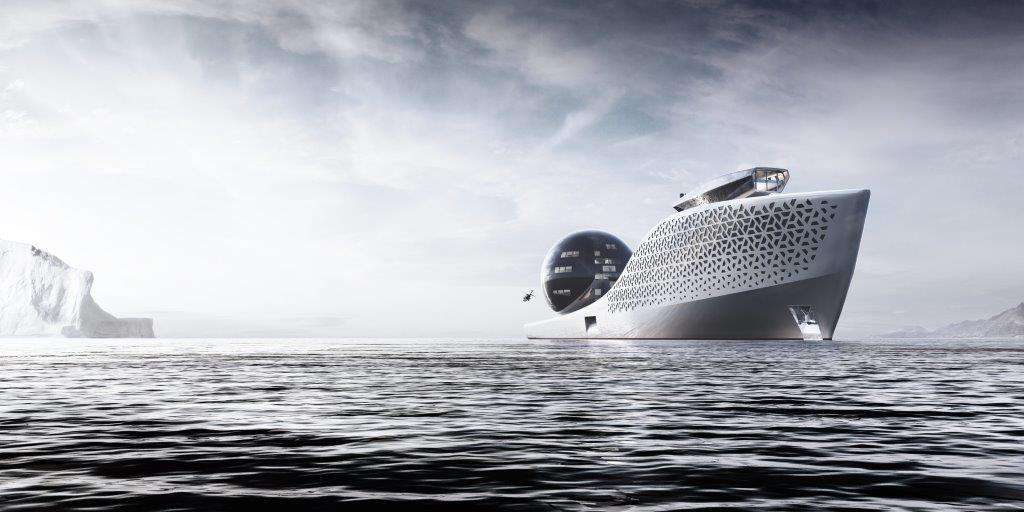 The concept is deliberately outlandish, but Earth 300 founder and CEO Aaron Olivera, a Singapore-based entrepreneur who has worked in a variety of industries, states that it already has enough support to move to the next stage of development. Partners already involved include Triton Submarines, EYOS Expeditions, IBM and RINA.

“We want to build a global icon for science, designed as a scientific sculpture on the seas, to capture peoples attention and inspire their imagination,” Olivera said at the global launch event, held in Singapore on March 30.

“We are living at a pivotal moment in human history, facing the greatest challenge since the dawn of man – climate change,” he said. “So our goal is to ring the climate alarm on a global scale and inspire an era of ecological imagination, spawning a new brand of planetary vanguard, ethical leaders who will support a new economic and ecological vision for the world.”

Olivera spoke of the project’s plans to bring “scientists, experts, students and private citizens” together, alongside a circle of 20 experts from different fields – “entrepreneurs and economists, engineers, explorers and artists”, who will work together to “bring rapid, far-reaching and exceptional solutions in real-time to market.”

A fleet of deep-sea submersibles would be on hand for underwater research, while an onboard helicopter enables exploration and transport by air. 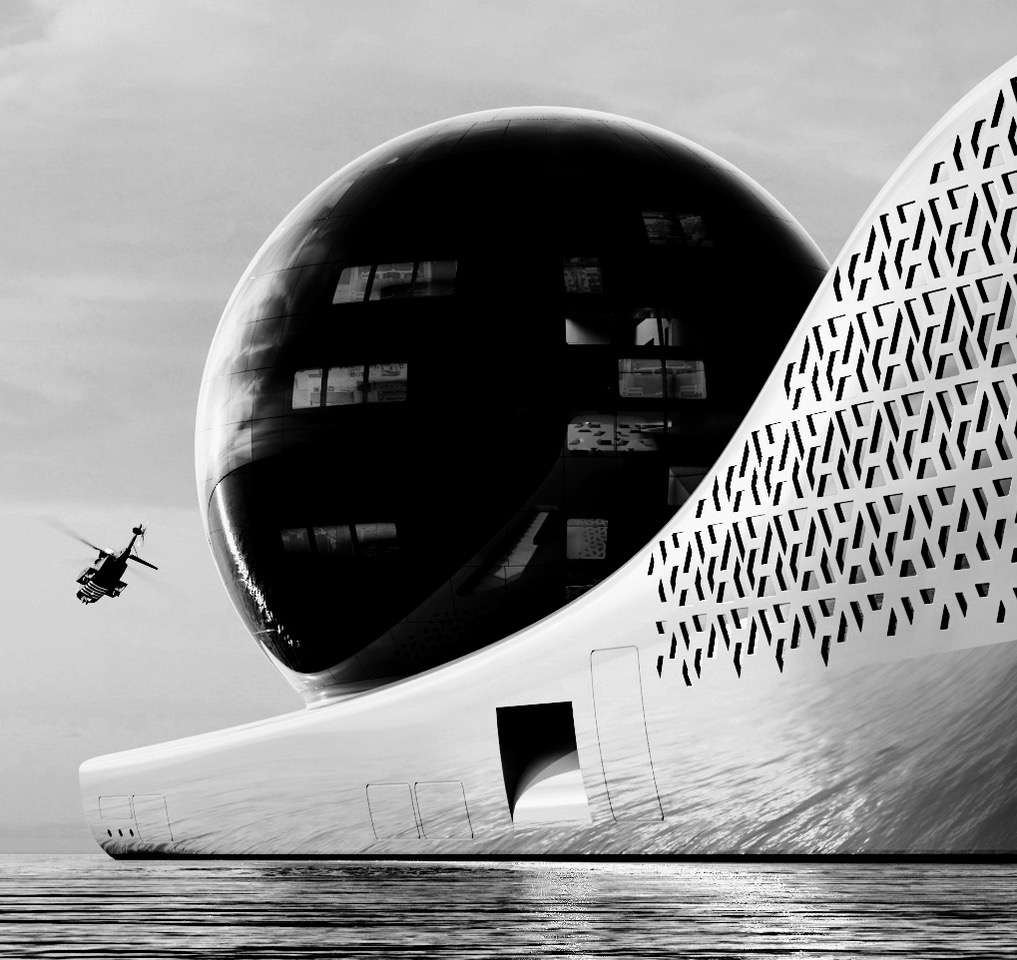 “The ship will introduce features found on cruise, expedition, research and luxury yachts but she will be none of them,” said Olivera in a statement.

The preliminary vessel design and naval engineering from NED Project have already been completed, and Iddes Yachts is currently projecting a launch date of 2025.