From A-cranes on luxurious superyachts, to masts with built-in phone chargers and prototype hydrogen-power yachts in action, there was plenty to pique visitors' interest as crowd sizes swelled on the second day at Cannes 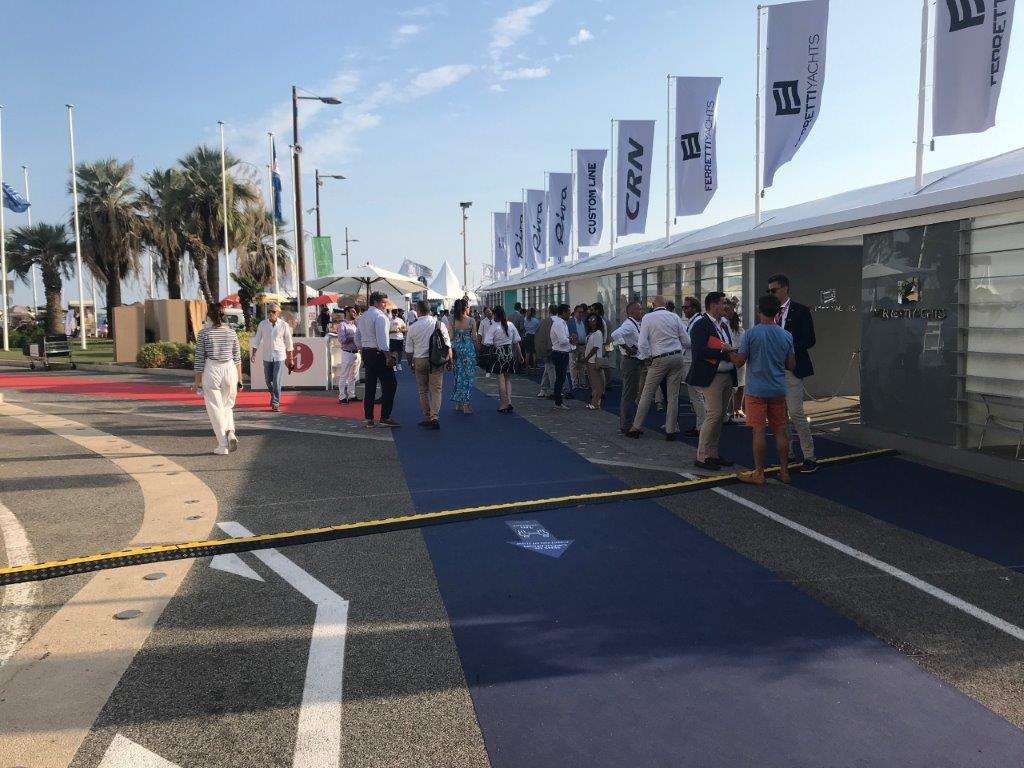 The surprises keep coming at this year’s Cannes Yachting Festival, which most exhibitors say got off to a strong start. Crowd sizes seemed to increase on the second day as more and more people turned up for Europe’s first boat show since Covid lockdowns began.

One of the most interesting exhibitors at this year’s show is Hynova Yachts, founded by Chloe Zaied. Her prototype yacht, the Hynova 40, is powered by hydrogen fuel cells. In the company of Azimut-Benetti Group Vice President Giovanna Vitelli, we took the Hynova 40 out for a ride and found the boat to perform in near silence. The sound of the waves was all we had, with no emissions.

The Hynova 40 is just a prototype and not a yacht for purchase. But Zaied has big plans, and spoke of her passion for creating a new line of yachts featuring rounded curves, rather than the big, straight lines that are the fashion in today’s yachts. There are huge technical hurdles to overcome, including fuel distribution. But Zaied also pointed out that she was able to make several refuelling stops in Europe already thanks to growing hydrogen production and distribution. 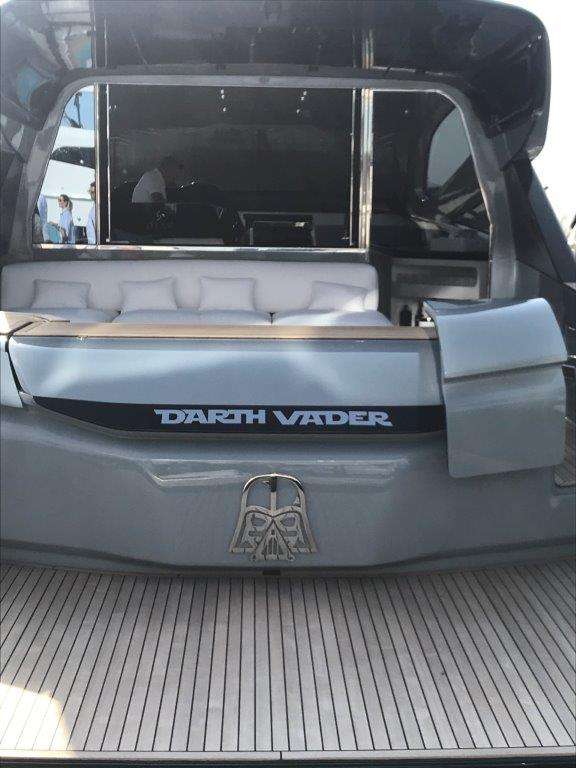 More press conferences from some of the rising stars in yacht building, including Sunreef, Absolute and Cantiere Delle Marche, confirmed the boom in yacht buying, this time to different segments of the market. 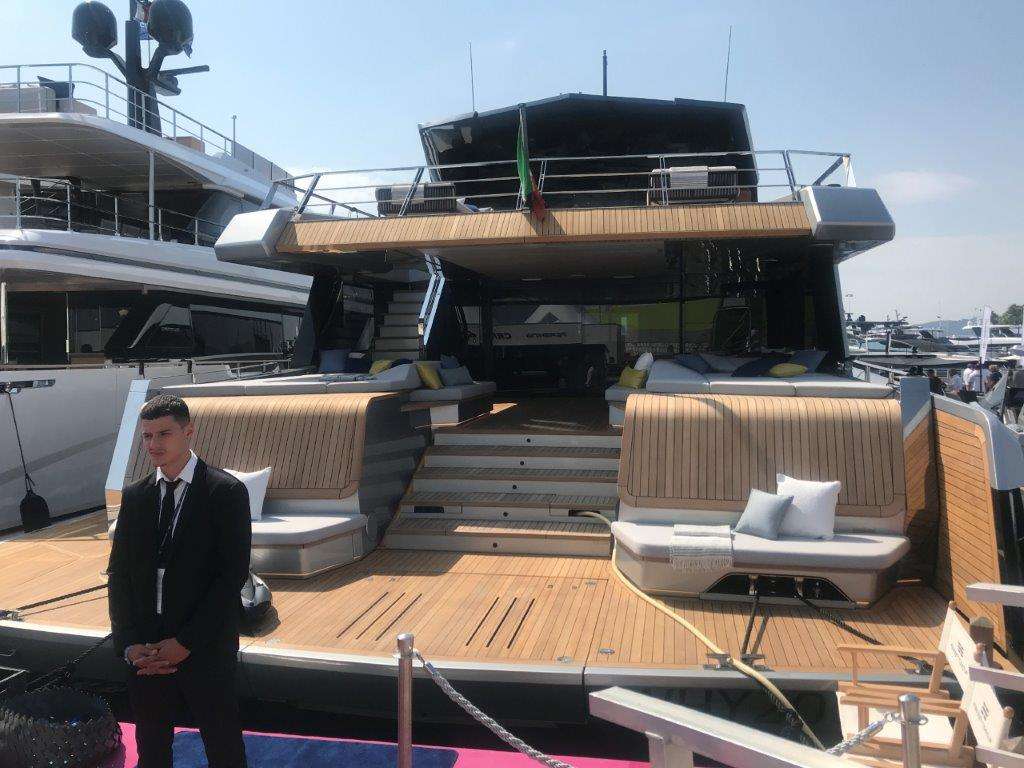 Sunreef noted that it would continue to expand into superyacht construction. Its newest shipbuilding facility has come online, while the older yard will continue to produce smaller models. The press conference featured Sunreef founder Francis Lapp, who made clear that the company would focus on building bigger vessels while adding features from the newly minted Eco line. The Sunreef stand even featured a section of mast covered in the new “solar skin” that the company has developed. The mast even featured a phone charger. Sunreef is now offering to build its yachts entirely with this solar skin. 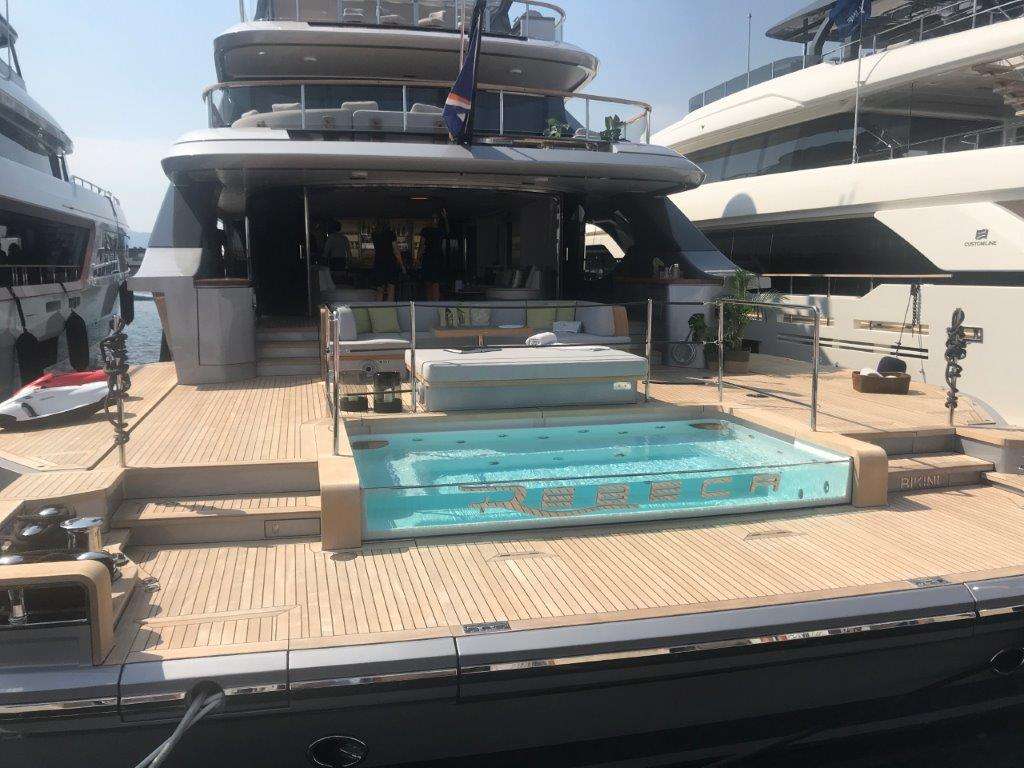 Cantiere Delle Marche, the Italian builder of deluxe expedition yachts, had a huge turnout for its press conference, which featured the stunning new yacht Aurelia, the first in the company’s Flexplorer line. The standout feature on Aurelia is her A-crane, which folds seamlessly into a large aft deck area. When raised, it can deploy a tender of up to three tonnes in safety. A-cranes are typically used on research vessels, and this may be the first time such a crane is used on a luxury yacht. It likely won’t be the last.

Sunseeker CEO Andrea Frabetti spoke with Asia-Pacific Boating at the show. He commented on the need to bring Sunseeker back to its brand roots of contemporary styling and the best in luxury technology. Sunseeker struggled in 2020 but is back at the show with five new yachts, including a stunning 65 Sport Yacht, which features a flybridge helm designed with the look and feel of a classic racing car driver’s seat. 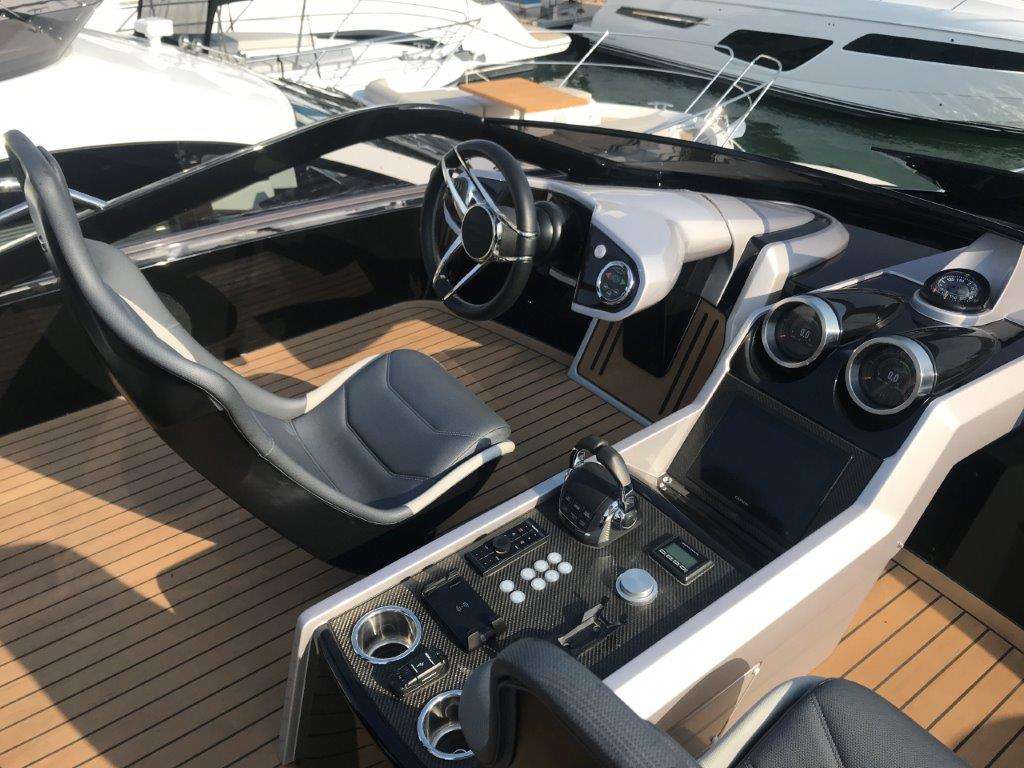 As the sun set on day two of the Cannes Yachting Festival, the drinks were being poured, and stands were hosting guests and clients. It felt like 2019, but with a booming yacht market like 2007 in the background, where supply can barely keep pace with demand.