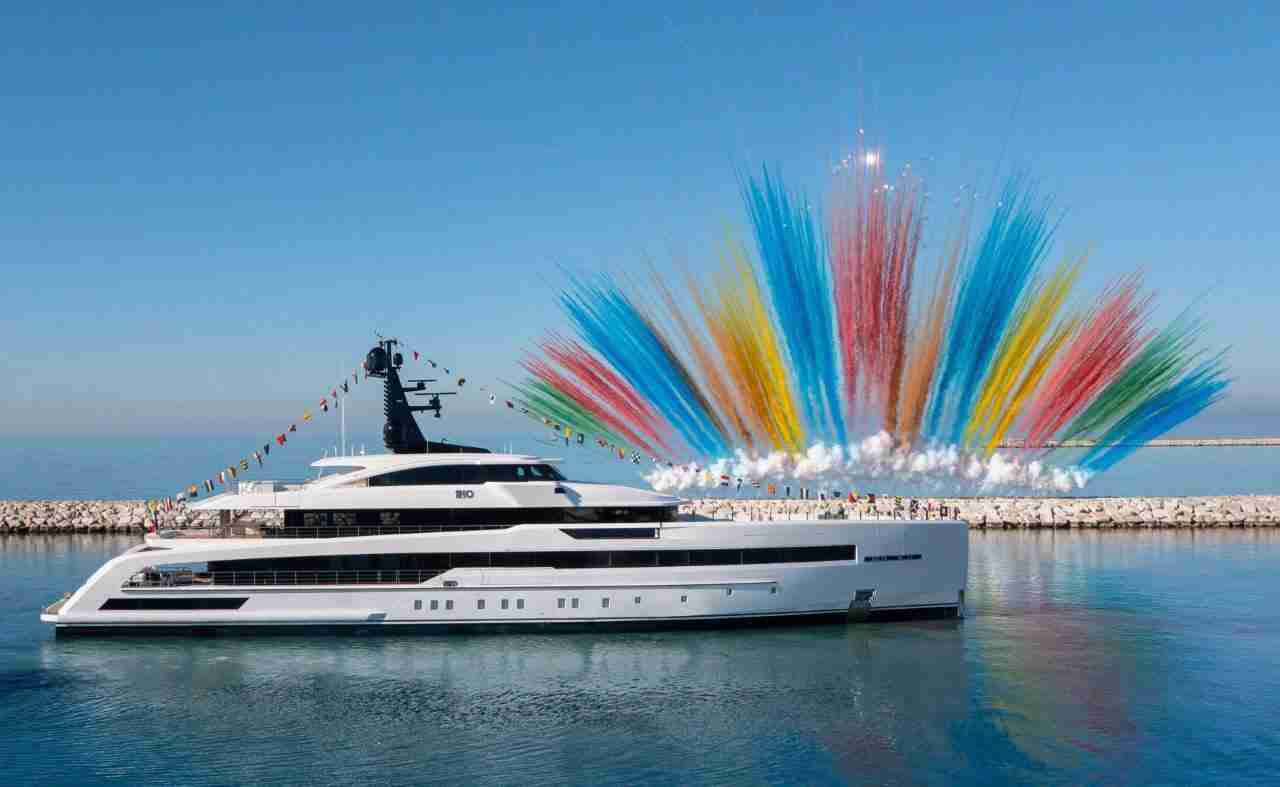 CRN has launched a new bespoke steel and aluminium yacht, Project C138, to be delivered as MY Rio.

This 62-metre superyacht entered the water on Monday for the first time, along with a colourful celebration from the shoreline.

Rio was designed and built by CRN, the bespoke yard of the Ferretti Group. The build was conducted in collaboration with design and architecture studio Omega Architects, who created the exterior concept, and designers Pulina Exclusive Interiors for the styling inside. At 62 metres long and 11.2 metres in the beam, this four-deck superyacht can accommodate up to 12 guests in the owner’s suite and the five guest suites.

The builder says features on the yacht have been “carefully conceived to offer the owner family a cruising experience together like no other, in a world of freedom and privacy.” There are generous indoor and outdoor living areas; a wellness lounge and fitness area in the beach club; and the owner’s deck, billed as “a great oasis of intimacy” that can also be enjoyed as a social zone.

Like all CRN yachts, Rio was built in Ancona, Italy, at the Ferretti Group superyacht yard.

In November, CRN confirmed it has signed a contract for a new 67-metre superyacht with an “eco-friendly soul”, courtesy of a diesel-electric propulsion system.

And, in December, Bloomberg reported that Ferretti Group is considering an IPO in Hong Kong worth US$100 million, after Ferretti Group reported record sales at its company briefing at the 2021 Cannes Yachting Festival.