Leading on-water event returns to the Riviera with fanfare this week, after its postponement in 2020

This week, Europe marks its return to in-person, on-water boat shows with the Cannes Yachting Festival, which runs from September 7-12, 2021. The show is a key event in the world’s yachting calendar, and its postponement in 2020 in the wake of Covid-19 restrictions and uncertainty was a blow to exhibitors wanting to display their latest creations.

Visitors will have plenty to see, as exhibitors take the opportunity to meet new clients face to face once more. Show organisers are expecting the arrival of 120 new companies to the event, joining over 400 previous exhibitors. In water and on-land, 560 new yachts, from three to 45 metres in length, are expected on display. Monohulls, multihulls, superyachts, tenders and sailboats will all be on hand at the Vieux Port and Porto Canto. Exhibitors are expected to display 150 world premières of yachts and boats at this year’s show.

Italian brand Absolute Yachts will highlight their new 47 and the all-new 60 Fly for the first time. These two yachts will be joined by nine other yachts from the Absolute line, an impressive display from the yard. Also on hand will be the Navetta 64. 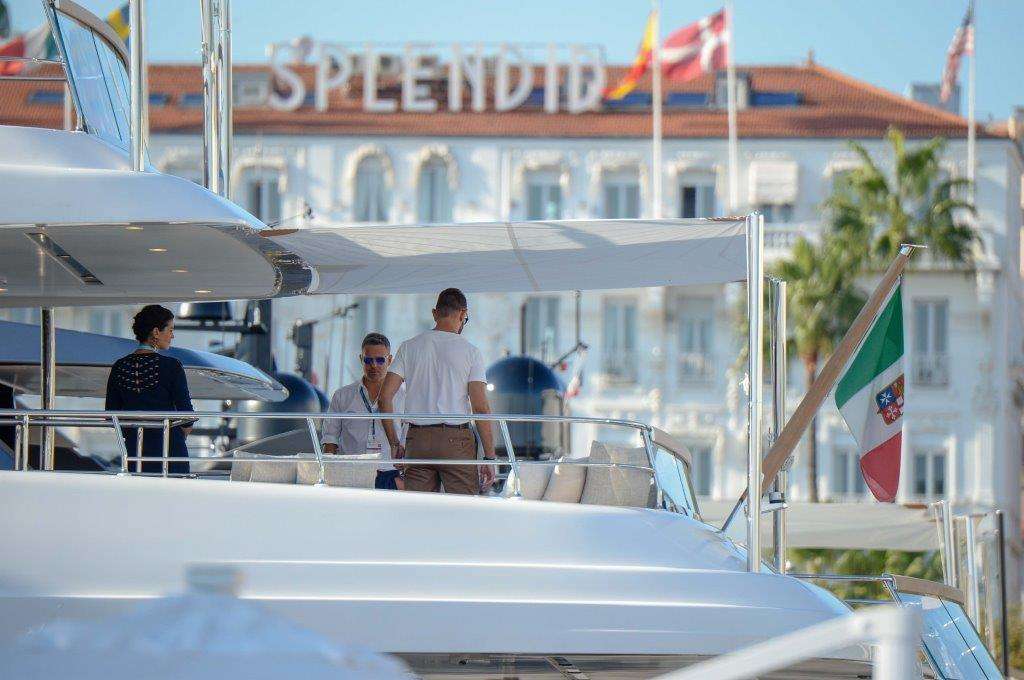 Azimut Yachts is showing 18 boats at the event, marking a truly major exhibition at Cannes. Among the yachts on display will be four world premieres, most notably the Azimut Grande Trideck, the yard’s new flagship, which features the “three plus one” deck concept. The Magellano 66, from the yard’s explorer line, the Azimut 68 and the Azimut 53 will also be making their world debut.

French brand Bali Catamarans will be showcasing its new 4.2 catamaran, which was designed for on-water living and a widely anticipated yacht.

French boating giant Beneteau will have a large display, and among the premieres will be the new Grand Trawler 62, which offers a big rethink on the look and layout of a mid-range explorer yacht. Additionally world-premiering is the sleek-lined Beneteau Gran Turismo 45. Sister brand Lagoon Catamarans will also be exhibiting a strong fleet of sailing yachts at the show, which includes the world premiere of the Lagoon 55.

Ferretti Group will be making a major splash at the show, with several premieres of long-awaited yachts and superyachts from its stable of legendary brand names. Among the yachts that will be showcased for the first time are the new Ferretti flagship, the 1000, the Pershing 6X, the Custom Line Navetta 30 and two premieres from Riva, the 68 Diable and the new 76 Perseo Super. Also expected at the show will be the premiere and first glimpse of the WHY200 from Wally, an ultra-wide-bodied yacht. 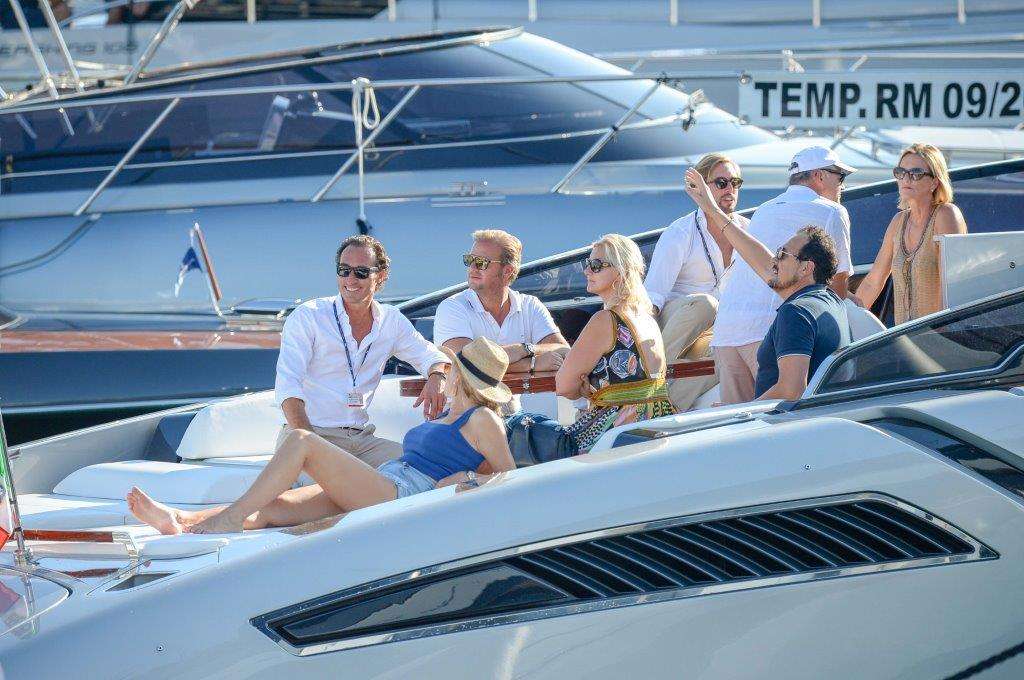 Prestige Yachts will display its new 690, the latest yacht in its classic flybridge range. Also among the line from Prestige will be the spectacular new X70, which has drawn so much attention.

Sanlorenzo, the Italian brand that has been enjoying record sales into the Asia-Pacific region, will be highlighting four premieres at the show, ranging between 88 feet and 120 feet. Together with its Bluegame yachts division, Sanlorenzo presents five world premieres in Cannes this year: SL90A, SL120A and SD118, as well as six existing models from the SL, SD and SX lines; Bluegame BG72 makes its world premiere, alongside its siblings, the BG42, BGX60, and BGX70 at the event.

Sunreef, the Polish catamaran builder that has been making a big splash with its new Eco-line of yachts and patented “Solar Skin”, with PV cells built into the fibreglass, is showcasing five yachts, two of which will be world firsts. In addition, the Sunreef 70 Sailing and the Power 60 will be revealed for the first time, along with the Sunreef 80 Power, a model that was famously purchased by tennis superstar Raphael Nadal.

UK brand Sunseeker will be back in action at the show with an eight-yacht lineup, including premieres of its new “famous five”. Among them, the new Predator 55 Evo, Manhattan 55, 65 Sport Yacht, 88 Yacht and 90 Ocean. 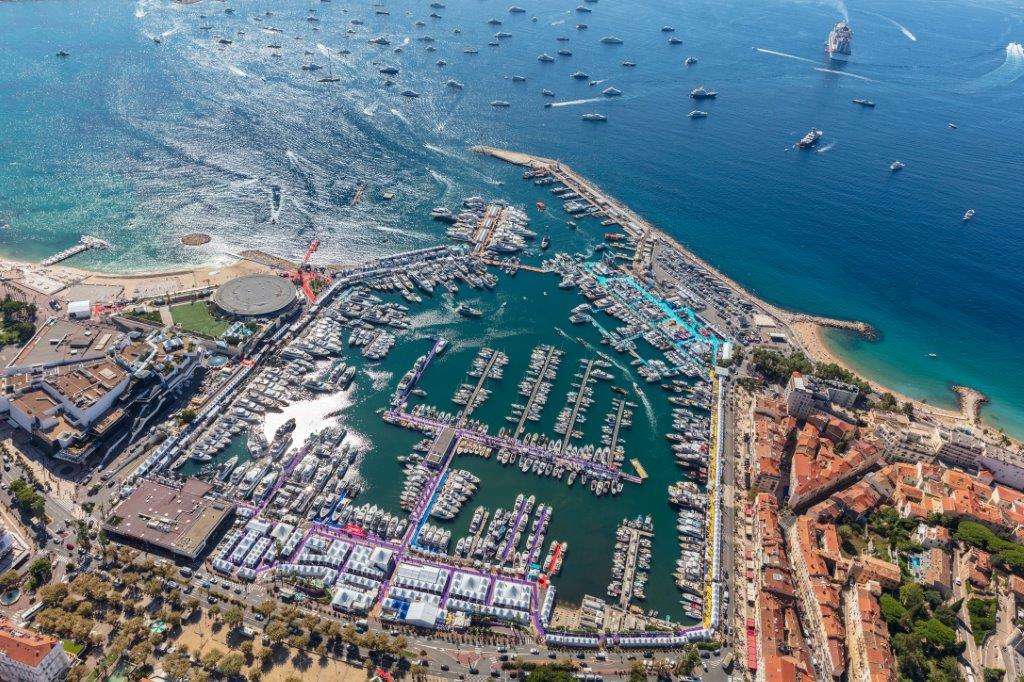 British yard Fairline’s much-anticipated F//Line 33, the first in a new series of F//Line dayboats, premieres. First revealed as a concept in late 2017, the open sports boat designed by Italian naval architect Alberto Mancini, is quite the head-turner.

One intriguing yacht making its debut is the Silent 60 from Silent Yachts, the all-electric brand of solar-powered catamarans. The new Silent 60, launched from the brand’s partner yard in Thailand, features one of the first-ever kite sails fixed to a new yacht.

For explorers, French brand Garcia Yachts, which specialises in aluminium sailing yachts, will showcase the new Explocat 52. Garcia recently signed a Hong Kong dealership. There will also be the new Flexplorer from Cantiere Delle Marche, which features an A-frame crane for deploying heavy tenders with greater safety.