Italian builder is showing a total of 18 boats at the event, including premieres of flagship Azimut Grande Trideck, Azimut 68, Azimut 53 and Magellano 66 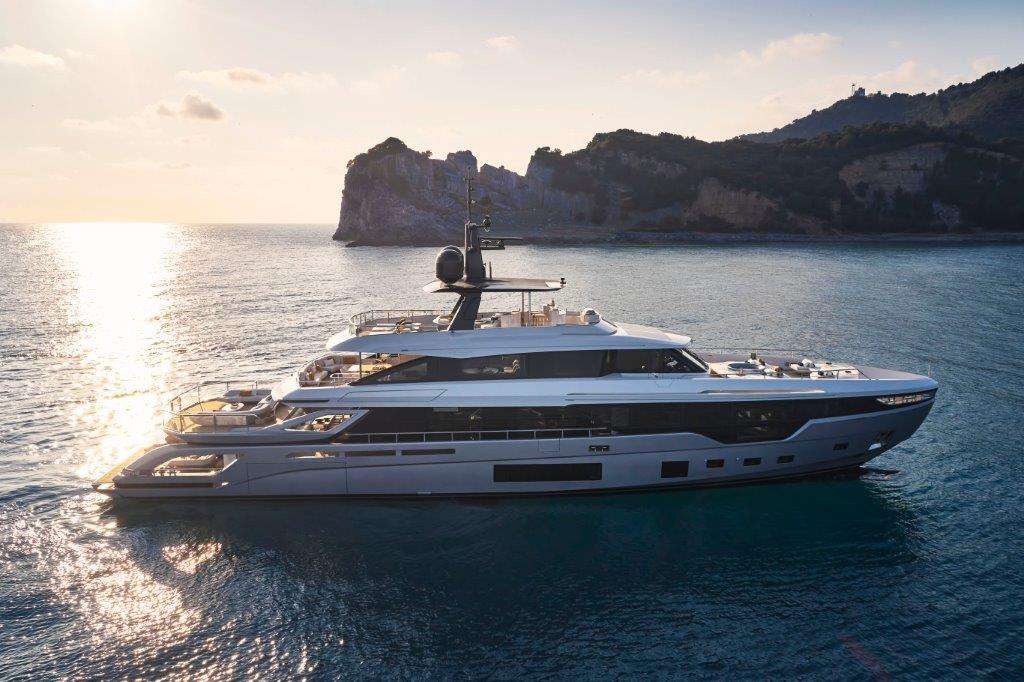 The world’s largest production yacht builder Azimut Yachts has confirmed its lineup for the Cannes Yachting Festival 2021 this September, and will be introducing four world premieres to Le Vieux Port.

The stars of the Azimut “fleet” will be the flagship Azimut Grande Trideck, Azimut 68, Azimut 53 and Magellano 66, all making their global debuts.

At 38 metres and with three decks, the Grande Trideck is the largest yacht ever built by Azimut. The exterior lines were penned by celebrated designer and frequent Azimut collaborator Alberto Mancini. Borrowing from the world of auto design, the external lines of the Trideck do an interesting visual trick. From a distance, the Trideck almost seems to look smaller than its actual size. 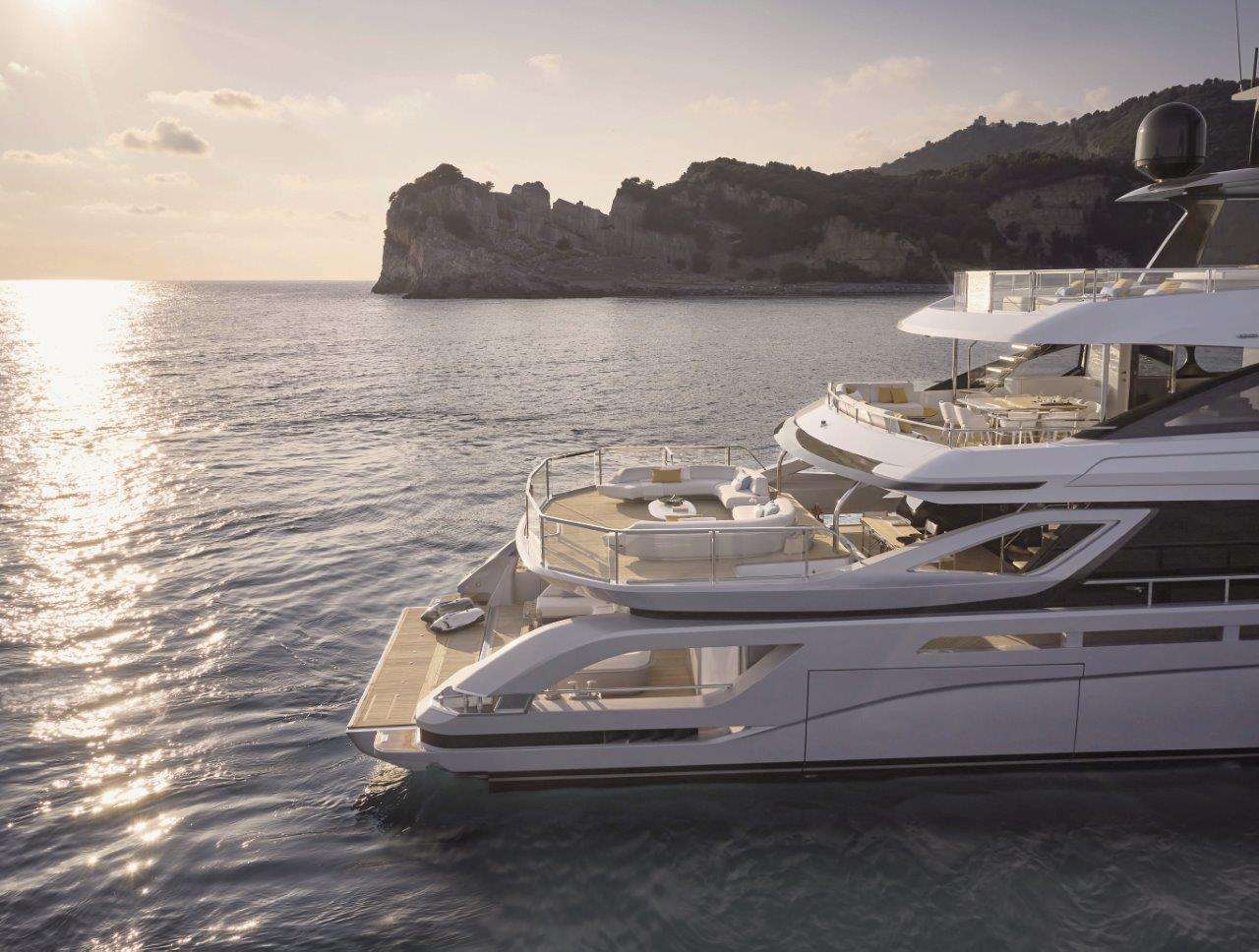 In addition to the three main decks, there is an additional aft deck that creates the visual effect of a “cascade of terraces” down from the sundeck to the sea. This extra aft deck – the plus 1 of Azimut’s marketing and referred to as the sea view terrace – is positioned just up a few stairs from the main deck, but still just below the bridge aft deck. This special, 30-square-metre terrace is a contained little world that seems to float about two metres above the water surface. 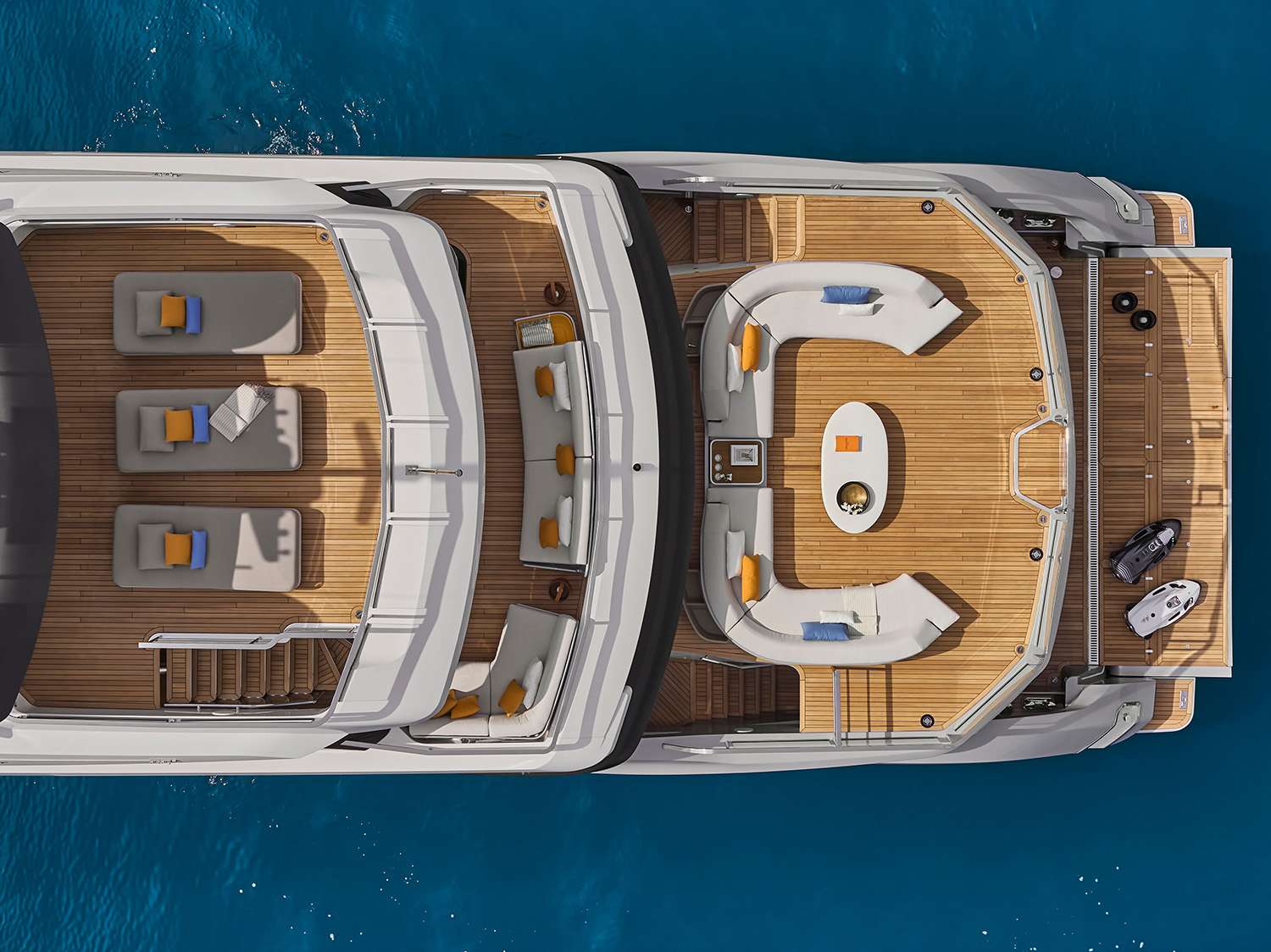 Azimut 68 is the new model in the builder’s Flybridge Collection, with dynamic exterior lines from Alberto Mancini and sophisticated interiors by Achille Salvagni. Azimut says with a choice of three main deck layouts and a multi-functional zone, the Azimut 68 is the “epitome of a true world yacht”.

The starting point for its design was an analysis of all the ways owners and guests pass their time on board, taking into account variations in lifestyle habits and preferences across different markets. 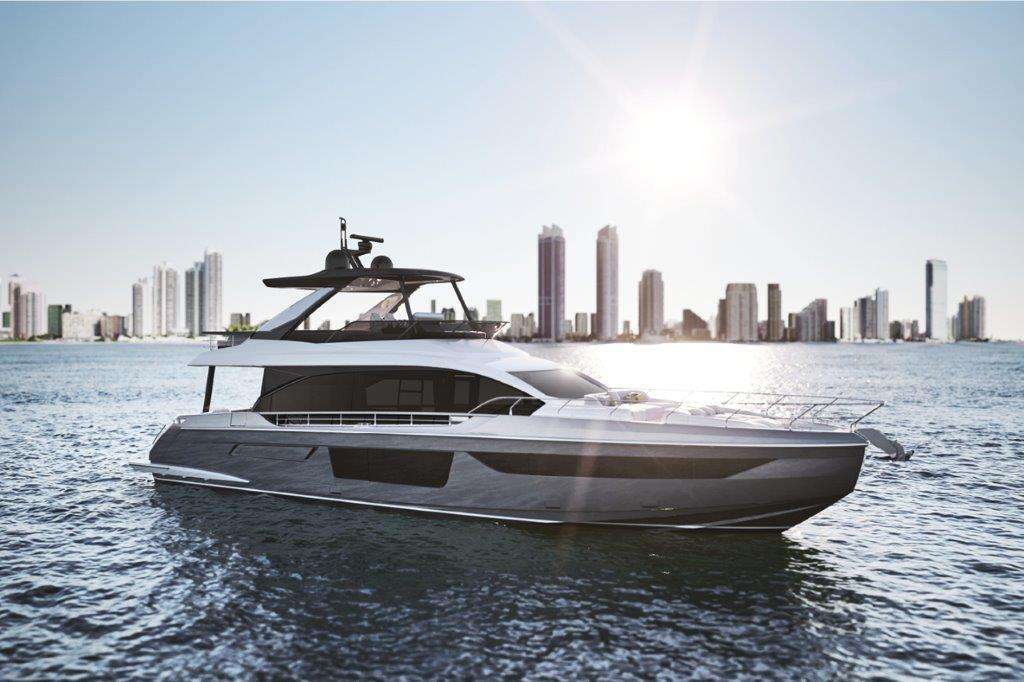 The Azimut 53 – with sporty exterior styling by Alberto Mancini and surprisingly spacious interiors by the Azimut Style Office – is the shipyard’s second new addition to the Flybridge Collection.  and the ideal choice for families who want to spend long periods on board cruising in a comfortable environment.

The superstructure of the 16.78-metre yacht creates the impression of a “floating” flybridge, while the square-shaped bow offers increased room for socialising at the front of the yacht. 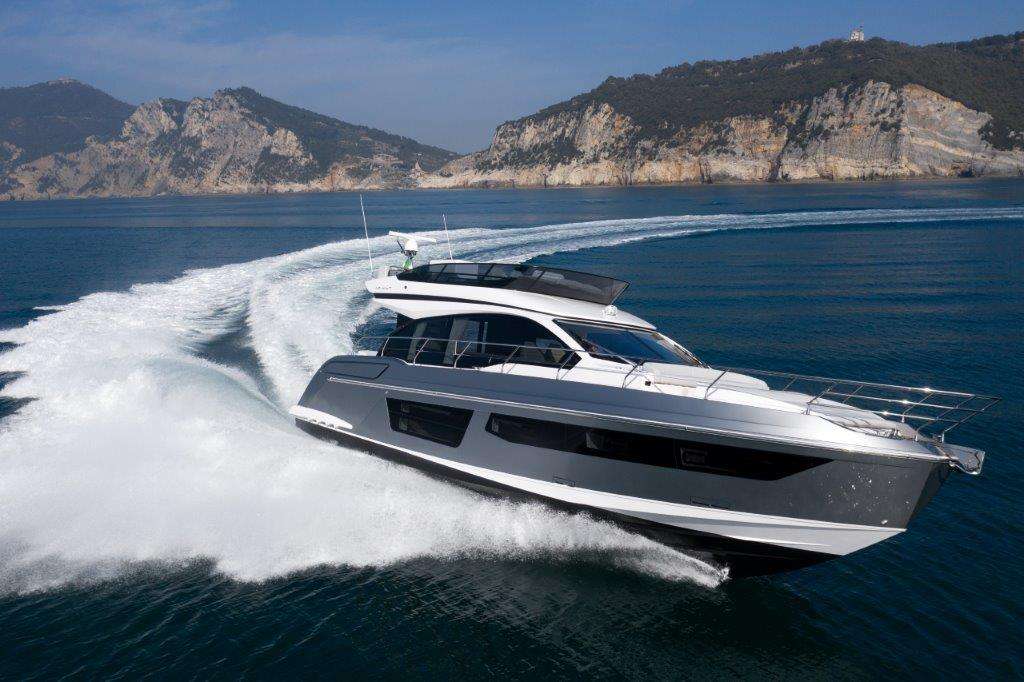 Meanwhile the new-look Magellano 66 packs a lot into its 20.1-metre frame. It has a spacious day zone, distributed over a single level to optimise onboard living, with vast windows creating a light-filled environment.

Owners wanting to separate crew from guest areas can do so, thanks to a sliding door that separates the pilot station and galley from the saloon. Access from the main deck to owner and guest accommodation is via a decentralised stairway, ensuring total privacy is possible when required.

On the lower deck, in addition to the owner’s suite and two guest cabins, there is a fourth cabin which can be fitted out as a storage area or with bunk beds.

The large flybridge has a stern lounge area that can also incorporate a bar, while the cockpit includes a dining area that can be transformed into a “relaxation zone”, ideal for lounging in the shade close to the water. 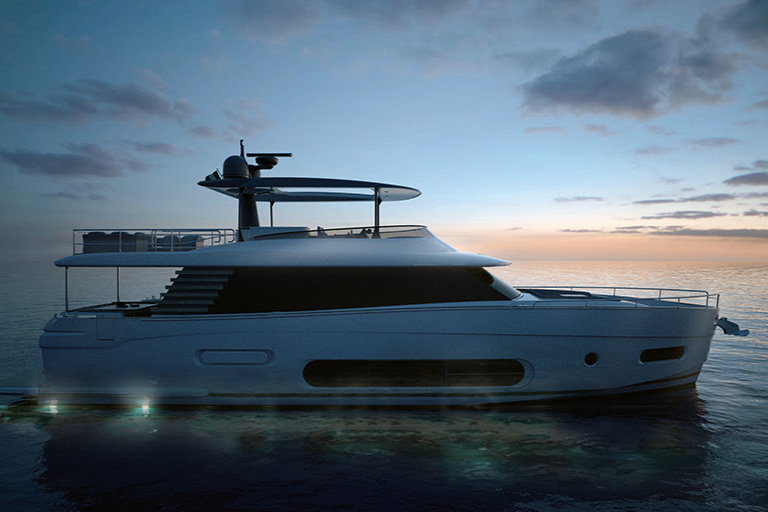 Marine Italia are the exclusive Azimut Yachts distributors for Hong Kong, Macau, Southern China, Taiwan and Singapore. In December, the Italian builder confirmed it had appointed Tam Son Yachting as its authorised dealer for Vietnam.