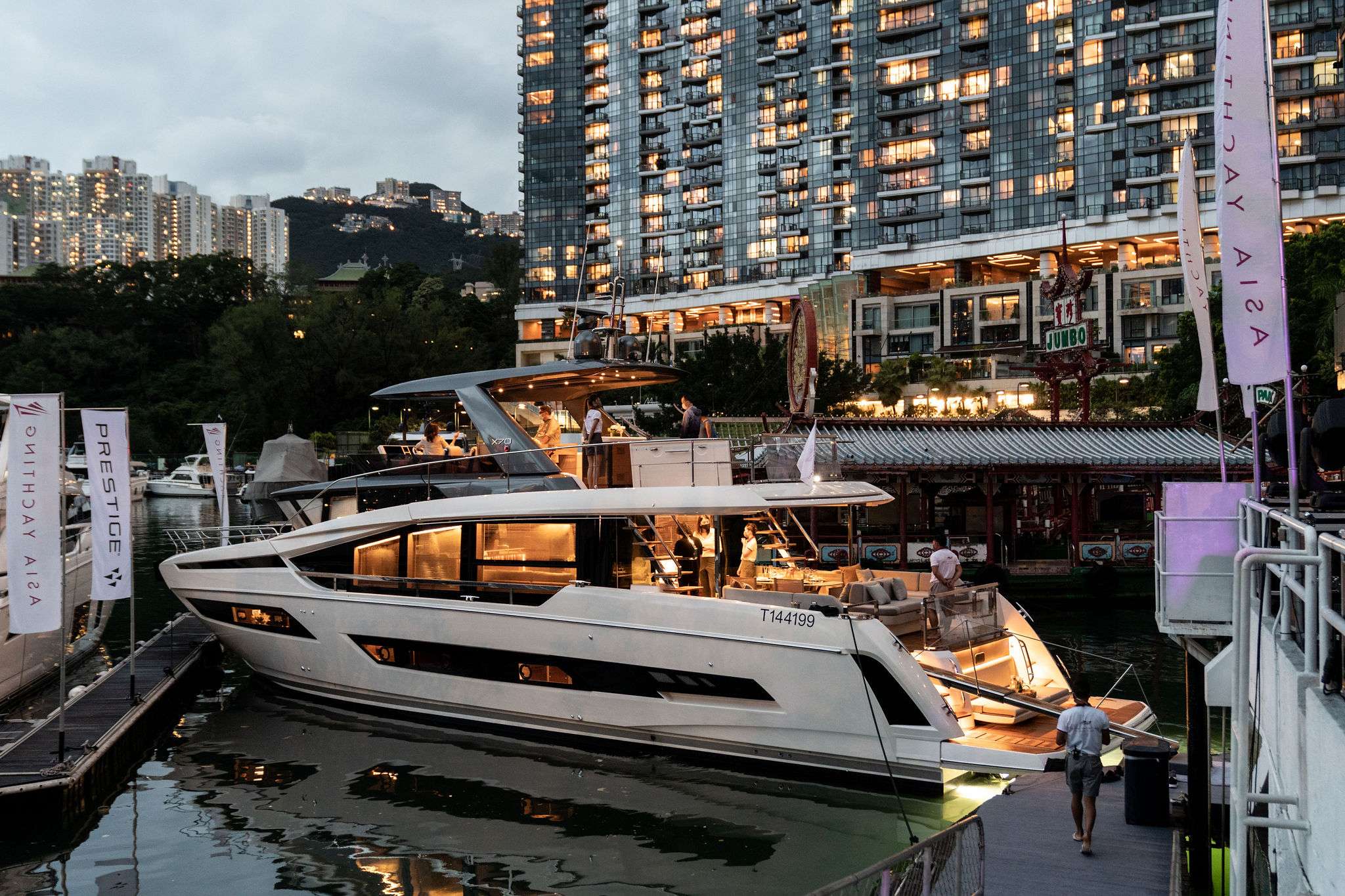 Masks may have been on in between drinks but there was something very ‘previous era’ in the mood of boating excitement returning to Asia.

The fact that regional distributor Asia Yachting managed to secure the second hull of the Prestige X70, a decidedly upscale Prestige model, is a leap of faith by both the dealership and the manufacturer, whose first hull was snapped up when it first premiered in Miami last year. 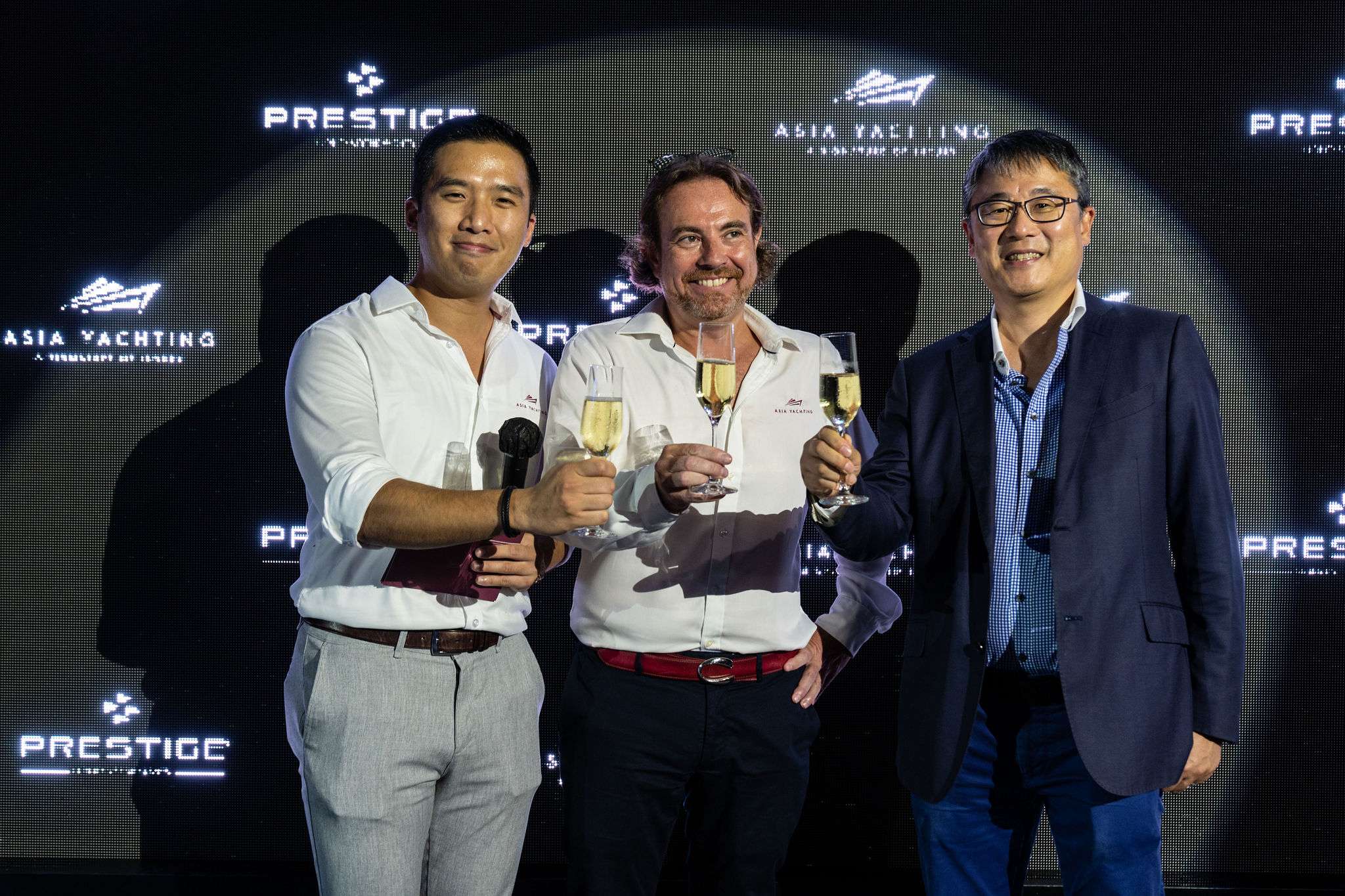 It’s a notch up in luxe factor in detailing and materials used for this just-over-71-footer (21.8m) and its deep sofa on its lowered hydraulic swim platform beckoned within plenty of open space aft as visitors smiled at what they saw over three decks.

Nobody was more excited about the arrival of this X70 than Asia Yachting’s founder and CEO, Olivier Besson. “The entire concept is all about realising that when we are on a boat we want to be close to the sea,” he said. “And so the cockpit is about four or five times larger than a boat of this size would normally be – although many different configurations are possible.” 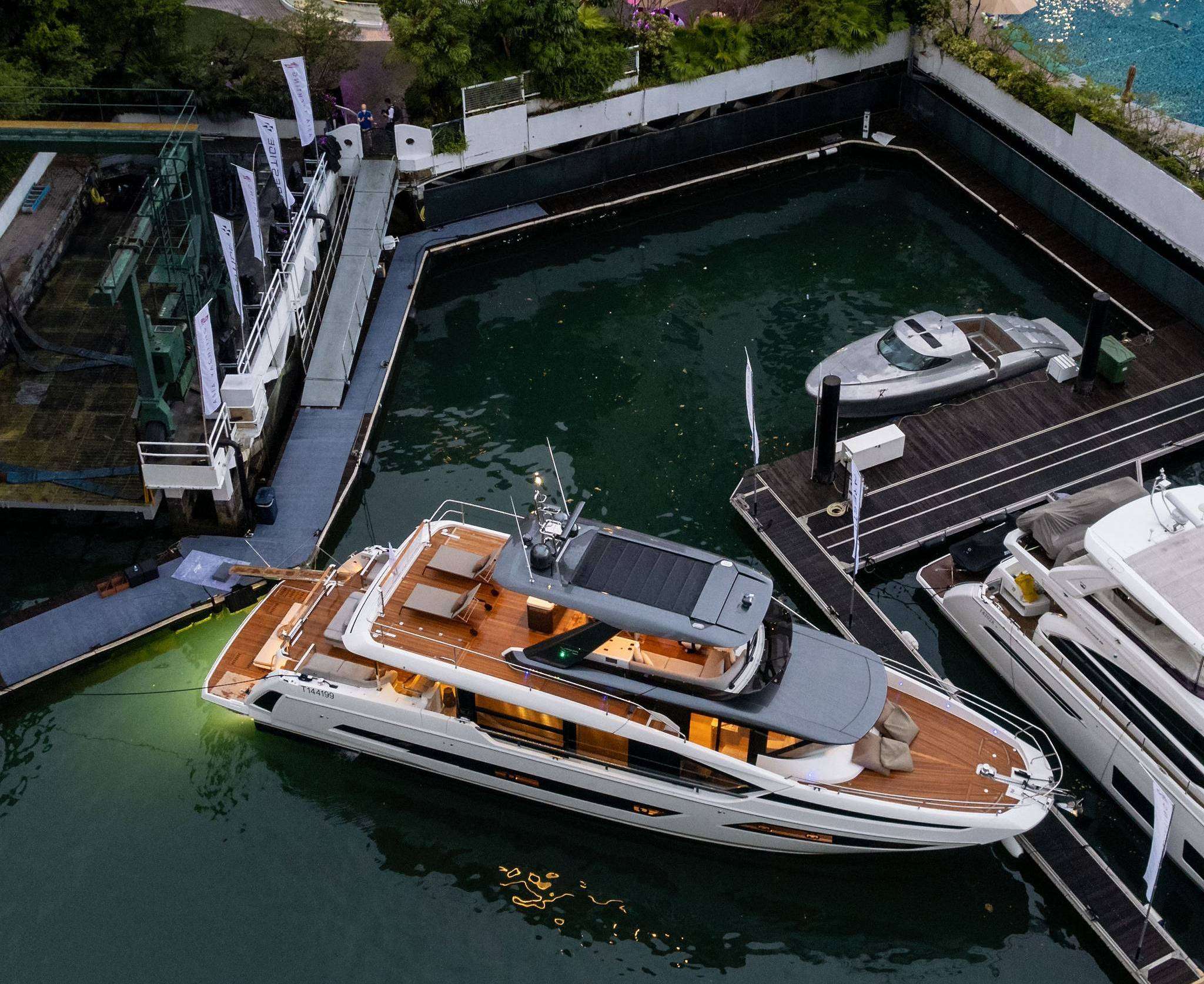 Moving into the cockpit, a lounging and dining area with bimini covering really is spacious and a near 360-degree view is even possible when looking into the saloon that was open at the time, as large windows within take in the waterline.

In the saloon, an open galley makes the stylishly furnished interior a little less formal and allows views towards the helm station forward, which is flanked by sociable sofa seating. 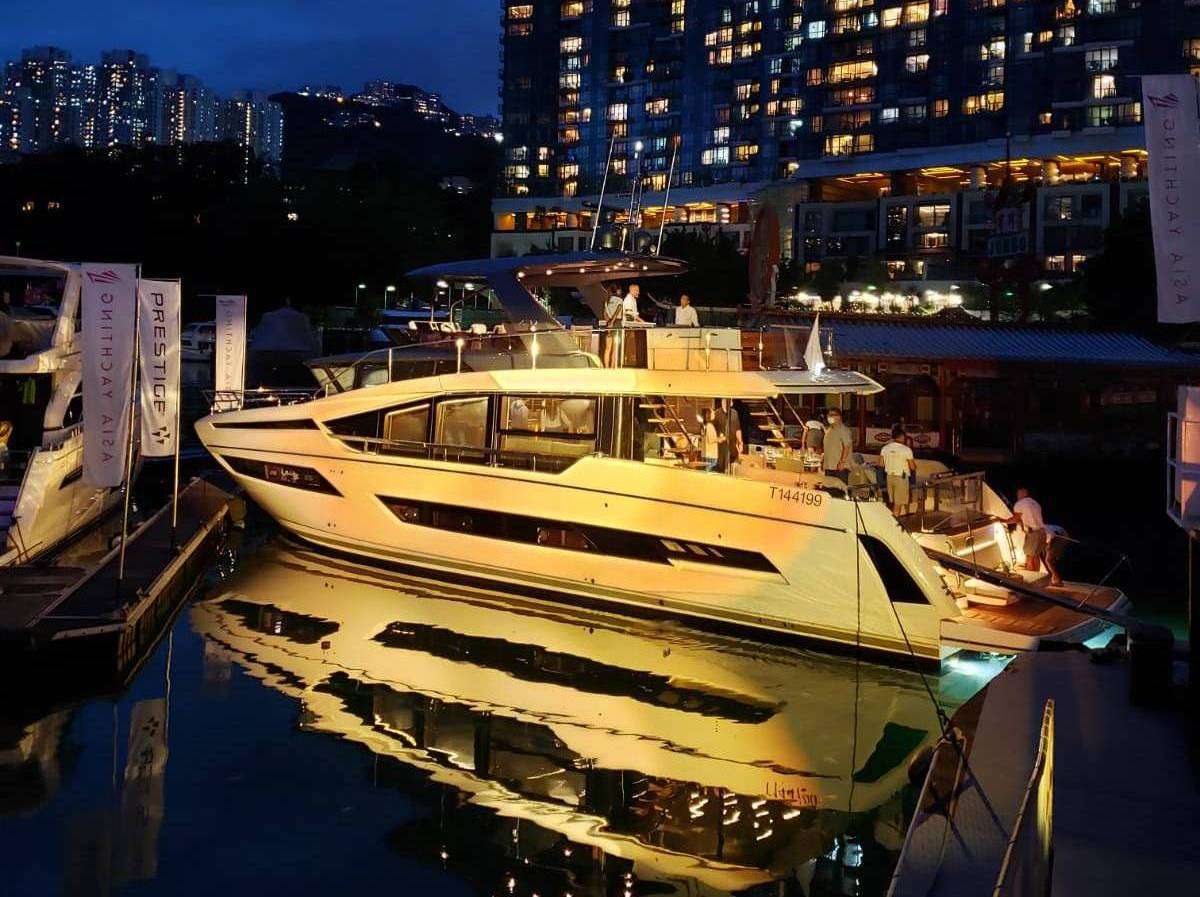 From the saloon, one stairwell leads to the master cabin with its large ensuite bathroom, and the other to a VIP double, two twin cabins and a head. A three-cabin configuration is also an option.

The flybridge with a dining station and sundeck aft is also home to another cosy helm that looks across a generous bow deck. 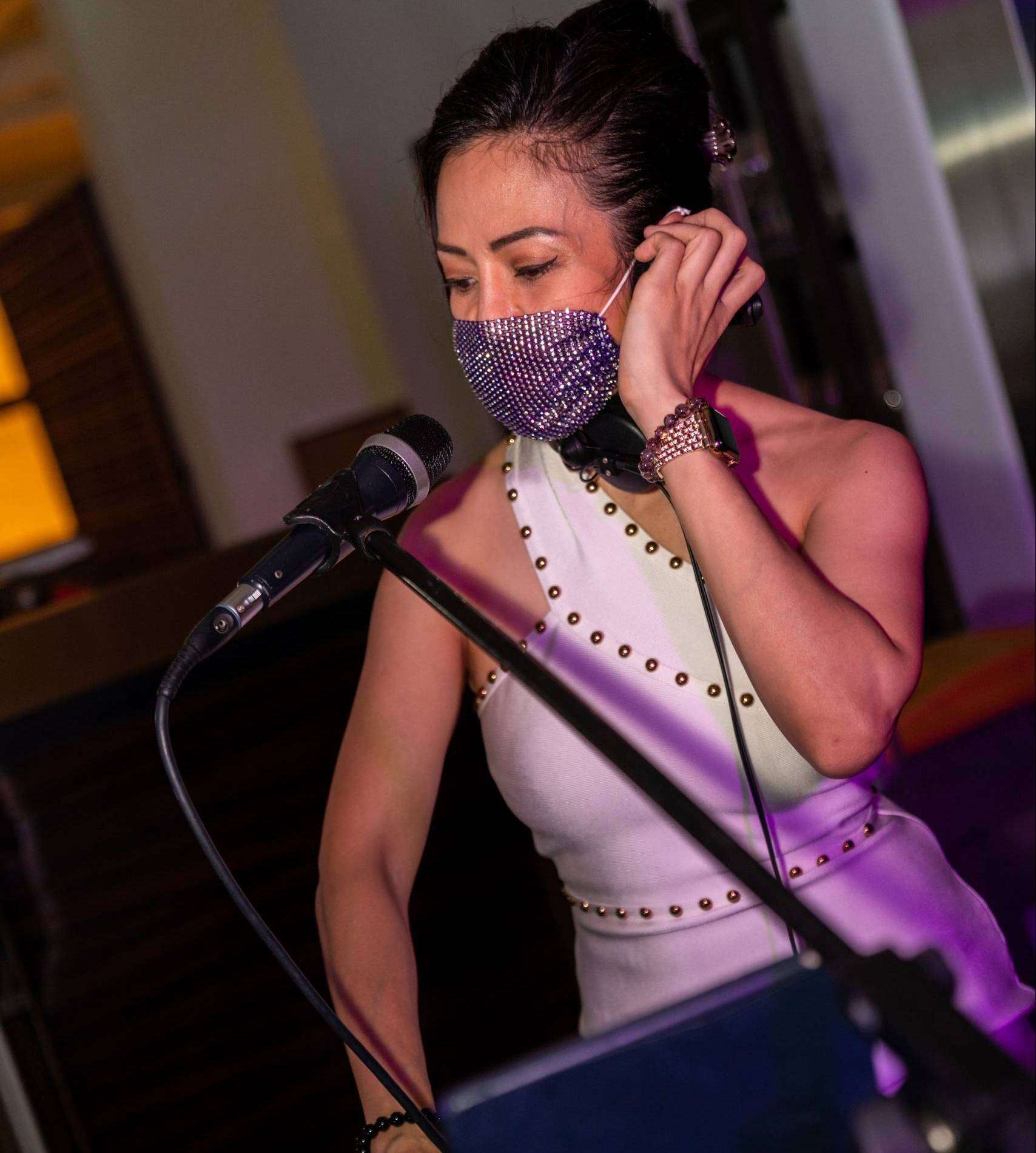 The afternoon and evening drinks and canapes launch also showed on a big screen a dynamic video shot three weeks ago, when the Prestige X70 cruised around some of Hong Kong waters’ characteristic islets and geological formations.

The X60 is due out early next year and Besson says he hopes to have one delivered in Hong Kong soon after that. See a video of the X70 cruising in Hong Kong below: