Dutch builder Sichterman adds the 15m Libertas to its fleet. It combines ground-breaking technological innovations with timeless design to offer five-star luxury and pleasure whilst being highly efficient. The first unit has already been sold and will be delivered to its owner in April 2020. 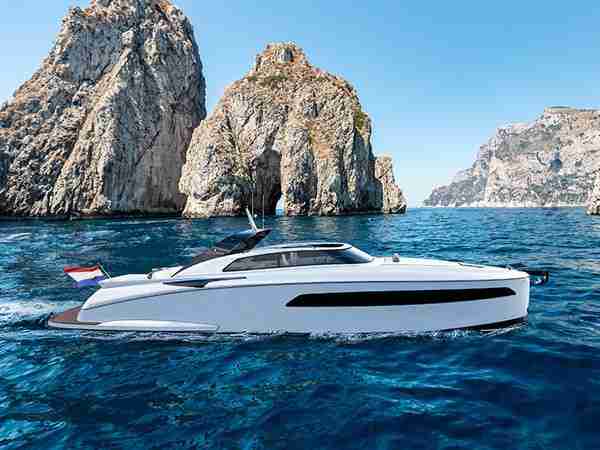 Libertas is best-described by the word “versatile”. The neat ship is equipped with everything needed for a day out on the water to explore long stretches of coast at high speed. It is also a perfect and trustworthy limousine tender that takes its owners to the harbour when they have anchored their superyacht off the coast and desire to set foot on land.

In 2018, Van Oossanen Naval Architects began developing a new series of fast planing yachts within the Sichterman fleet. Two versions of the planing yacht series were developed, including a limousine version, allowing guests to sit on board and a day boat, with a saloon inside the hull. 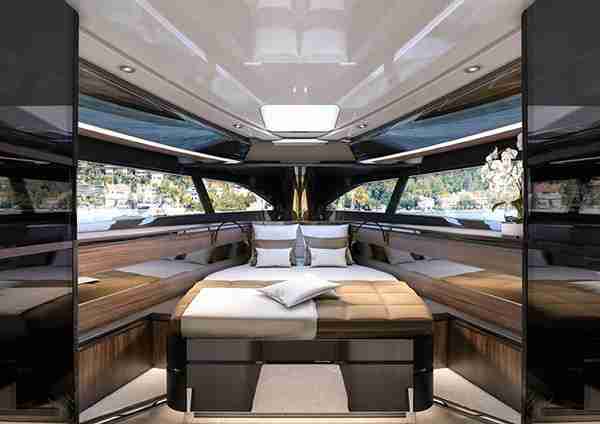 During construction, special consideration was given to the integration of the Volvo Penta IPS system in order to optimise speed, allowing for ease of handling and maximum maneuverability. With the optimised hull lines by Van Oossanen, the Libertas is able to achieve speeds up to 40 knots with 2x IPS 950 installed, making it one of the most fuel-efficient boats to sail the international waters. 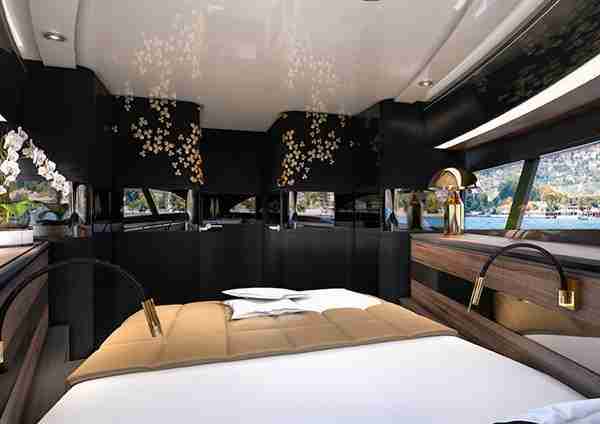 Another way the Sichterman Libertas sets itself apart is by its range. With an average speed, this 15-metre boat can take its passengers as far as 500 nautical miles. Which means that it can sail from Monaco to Ibiza, or from Capri to Sardinia and back, on one full tank. Safety and comfort are ensured by Seakeeper technology which eliminates boat roll, and gangways that provide a safe way to the front deck.

Sichterman partner Cor D Rover has taken care of the aesthetics of the Libertas, delivering another easily recognisable vessel. His timeless design and exquisite lines give the Libertas an exclusive appearance, whose aesthetics are expected to stand the test of time. 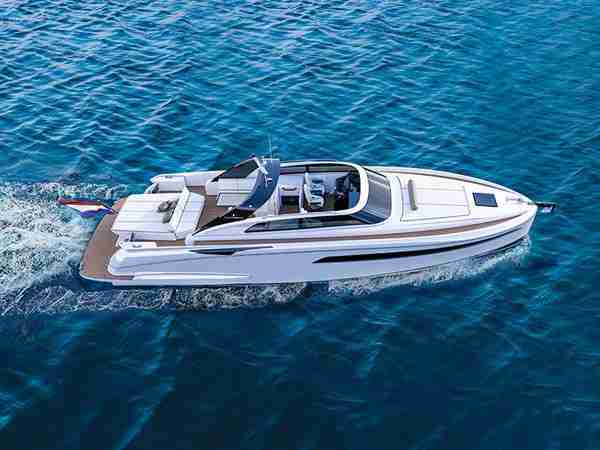 Everything on board the Libertas is designed to enhance pleasure and comfort, to give its owners an ultimate sense of freedom: the joystick steering option that makes the yacht easy and fun to navigate, the on-board air compressor to inflatable toys and equipment, the private space to freshen up below deck before going on land.