The first superyacht regatta of 2019 was declared open today, as the sun set over New Zealand’s sailing hub. Over the next three days from January 31 to February 2, adventurous yachts will race in the New Zealand Millennium Cup around 144 islets that make up the Bay of Islands.

Kicking off festivities was a welcome function on the edge of the water where the fleet was formally greeted to the regatta at the Duke of Marlborough, a historic hotel renowned for entertaining seafarers since the birth of the modern New Zealand nation. Mount Gay Rum and Scapegrace Gin had crafted cocktails to match the relaxed elegance of the township of Russel, which has been attracting sailors since the early days of the country’s history. 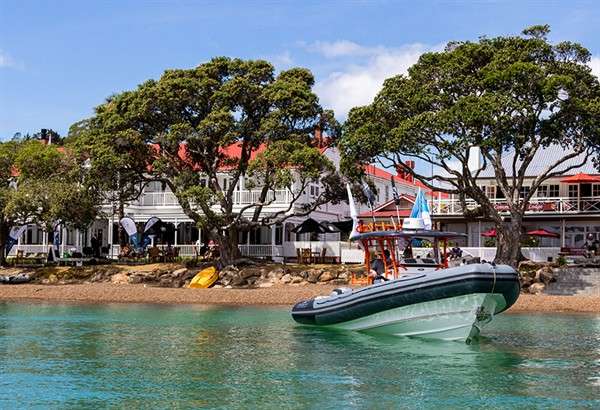 “This part of the world has had a long relationship with sailing”, explained sponsor Ross Blackman of sponsor Far North Holdings, as he welcomed entrants to the Bay. “Captain Cook kicked it off in 1769 and we’ve been enjoying sailing here ever since,” joked Blackman.

As NZ Marine Export Group CEO Peter Busfield thanked sponsors and welcomed entries, he was also able to announce that platinum sponsor Orams Marine had signed on to sponsor the Cup for the next three years. That leads the New Zealand Millennium Cup into the 36th America’s Cup years, when the annual event will run on January 29 – February 1 2020 and February 2-5 2021 just preceding the America’s Cup.

“We’re pleased to have the best race management in the world available to our entries,” said Busfield. “Harold Bennett – many times America’s Cup officer of the day, and great coach and mentor for many New Zealand sailors out there – will be acting as our officer of the day.”

“Another special factor – for the first time this year we’ve changed our handicapping to the ORC offshore racing handicap system. We believe this is the way forward and joining us from Italy and Croatia are Bruno Finzi and Zoran Grubisa, chairman and chief measurer of the ORC respectively.” 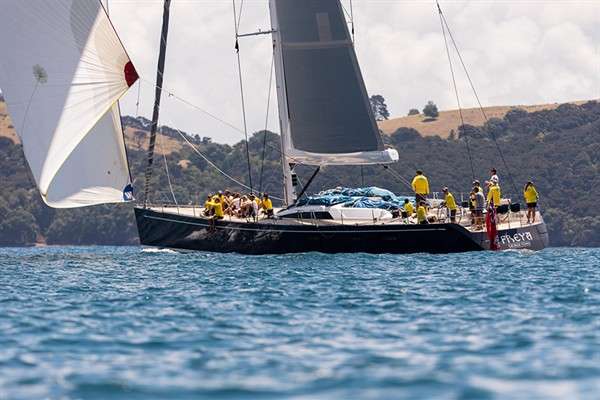 As a regatta to which yachts return again and again, the feel of the evening was friendly, festive and excited. Local marine industry figures mixed with visiting yacht owners, captains and crew to share their love of the race’s cruising grounds and eagerness to get out on the water.

During the week, the fleet will race across a series of courses around the Bay of Islands, challenging the yachts while displaying these unique cruising grounds to their best advantage. Off the water, relaxed evenings with a distinctly Kiwi feel will ensure regatta guests are made welcome, while on Friday evening, skills will be tested further with a tongue-in-cheek skiff race – the Tawera Rum Barrel Challenge off Russell beach. 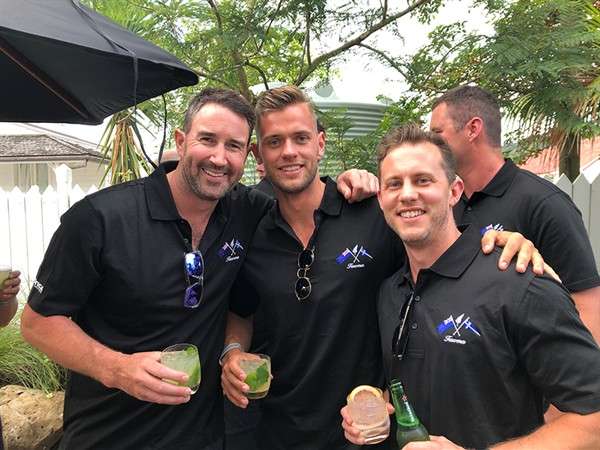 Tomorrow will hold a day of fierce racing with a good breeze forecast and a fleet of yachts for whom winning is a serious business. As darkness fell over the Bay of Islands tonight though, the historic town of Russell still rang to the sounds of tactic discussions, crew tenders and the excited buzz that only racing can bring.

On water, the racing will be relentless, but the regatta is proud to announce it has become a certified Clean Regatta to ensure it’s gentle on the environment. That means no single-use plastics, minimised paper waste, stringent recycling and a number of other initiatives.

“Our beautiful environment and natural heritage play a huge part in what makes the Cup so special, and it was a no-brainer to make sure we’re doing everything we can to protect this spectacular part of the world. From reusable metal water bottles for every yacht, to banning single-use plastics, we feel very positive about becoming a Clean Regatta,” says organiser Stacey Cook. 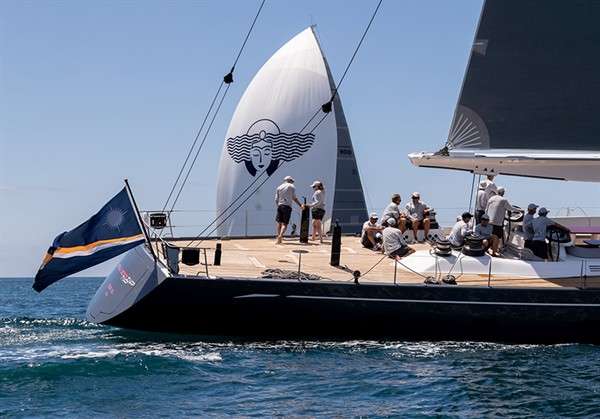 “There’s no better place in the world to sail,” said 2018 New Zealand Millennium Cup winner Marcus Blackmore, owner of Ammonite, as he accepted his prize in January last year.

The New Zealand Millennium Cup attracts yachts with a penchant for adventure and is lauded by entries for the sense of camaraderie found in this part of the world – part of the draw for yachts already lining up to be involved in years to come. “We’re already receiving entry enquiries for 2020 and 2021,” says event organiser, Stacey Cook. “The J Class Association has also accepted our invitation to race in 2021 and we know having the strikingly-elegant classic yachts race alongside the NZ Millennium Cup will add an extra dimension to our racing.”