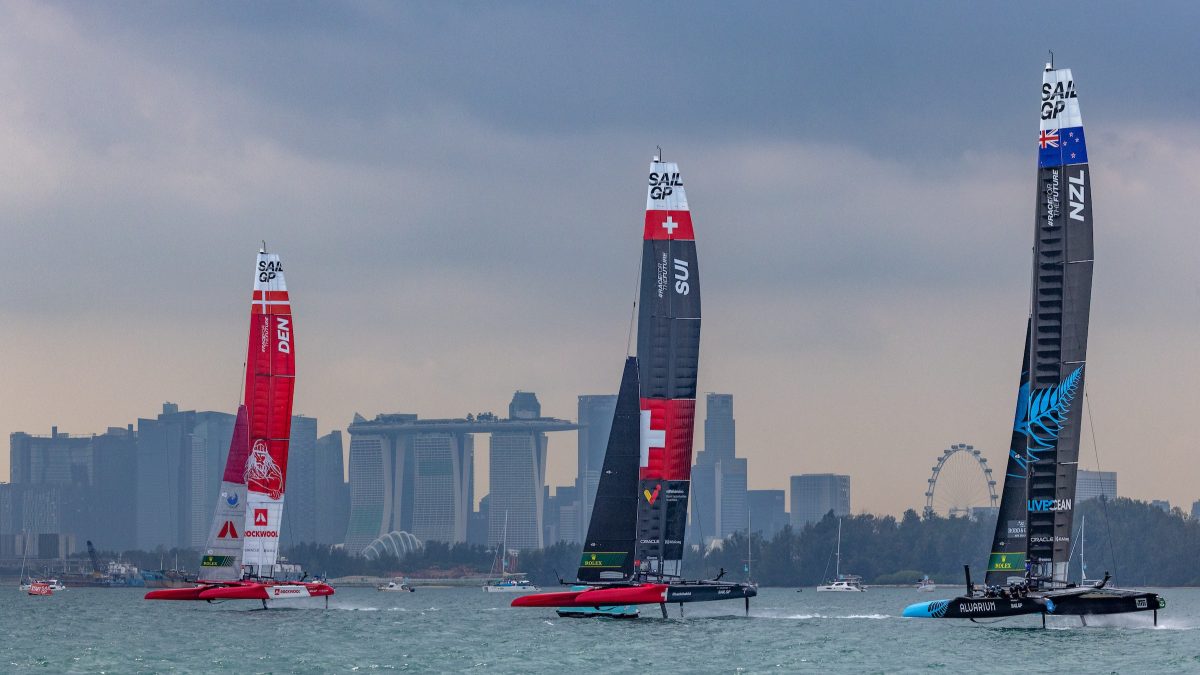 In a gutsy and impressive performance, New Zealand defied the odds to win the Singapore Sail Grand Prix this weekend (January 14-15 2023). 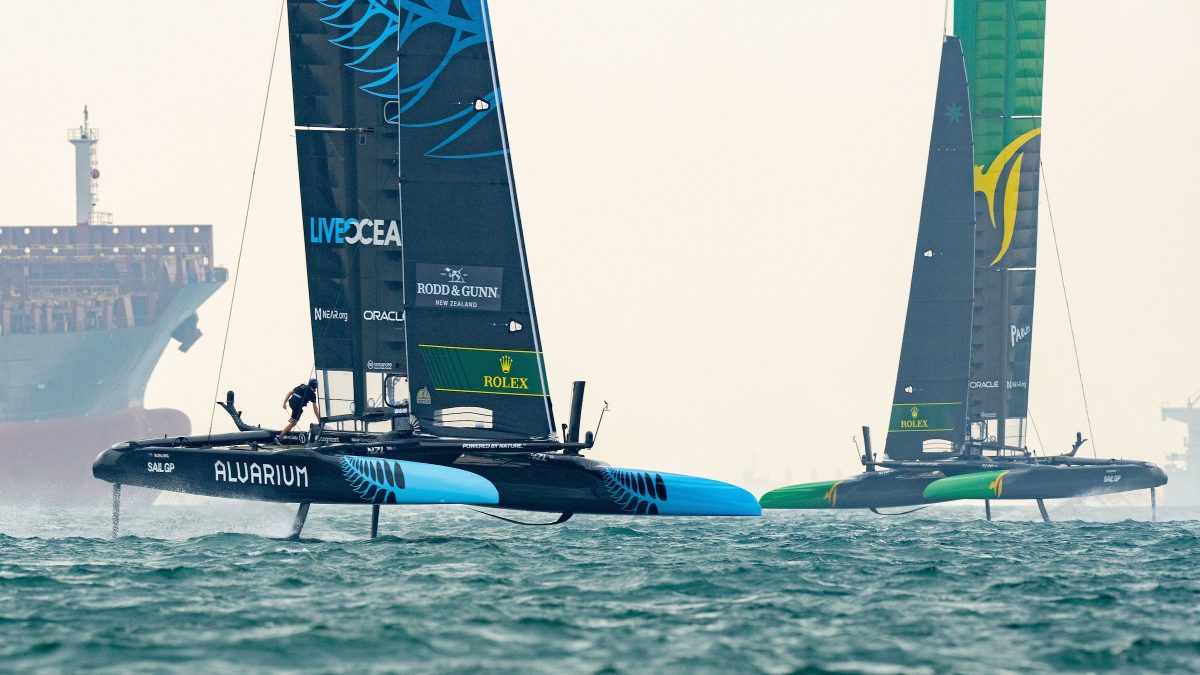 The win cements Peter Burling’s position as the main threat to Tom Slingsby’s charge for a third straight season title, with New Zealand now clearly second in the Season 3 standings. The Kiwis are also the only team besides Australia to win more than one event this season.

Relive all the action from the first ever SailGP racing in Southeast Asia, featuring tricky conditions, drama on the water, and Singaporean fans cheering from the beach in the video below:

Day two of the Singapore event was dominated by three teams, with New Zealand, Denmark and surprise packet Switzerland finishing in the top three of both fleet races. It was a day to remember for the Swiss, as they claimed their first-ever race win to finish the event in fourth, agonizingly short of a first final appearance. Nicolai Sehested’s Denmark raced well to finish second in race three, win race four, and pushed the New Zealand team all the way in the final. A strong first day was enough to see Australia make the final but its indifferent form from the day two fleet races carried into the final and it finished third.

For Burling, it was a victory to savour, after his team started the event on minus four points for a contact incident with the United States in pre-event training. 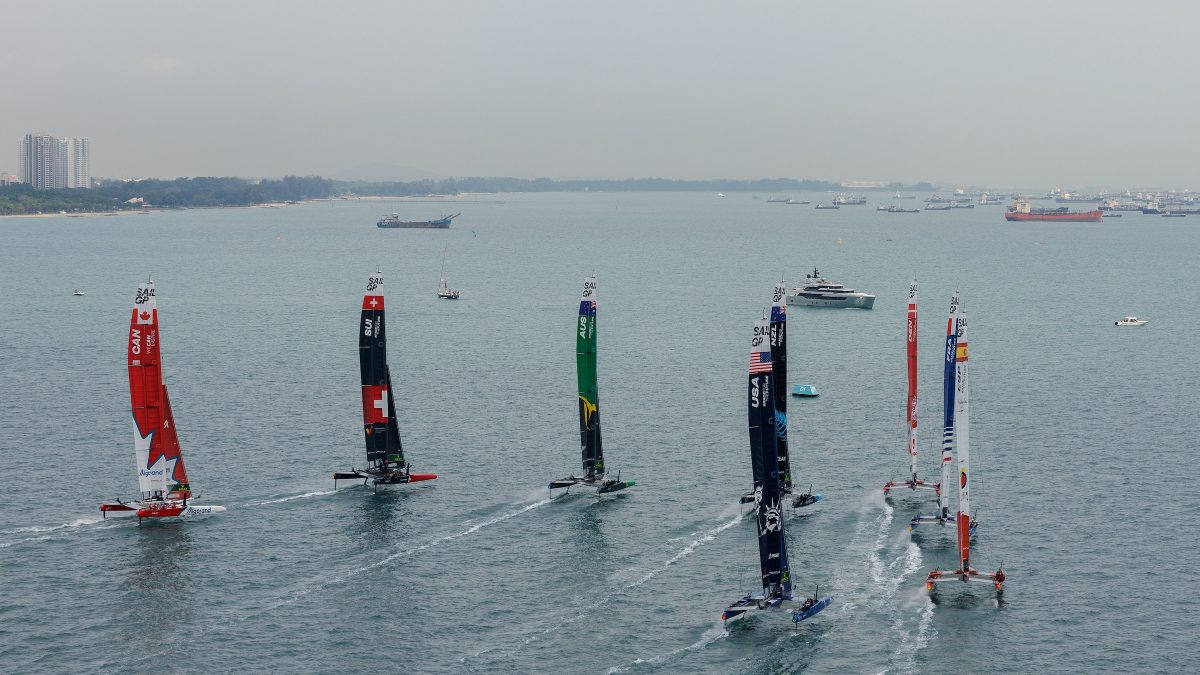 Burling said: “Coming into this weekend on the back of those penalty points and just seeing the way the team came together under a bit of adversity is super pleasing for us as a group. It’s two from two against the Aussies now in the finals, we’re more than happy to keep chipping away and now looking forward, we want to firstly try to make the top three which obviously this weekend helps out a lot with, and then to try to be in our best possible shape going into that final to win the season.”

It was a third event final appearance of the season for Nicolai Sehested and a first time in second place on the podium after a solid weekend for the Denmark SailGP Team which saw it keep in touch with the all-important top three. 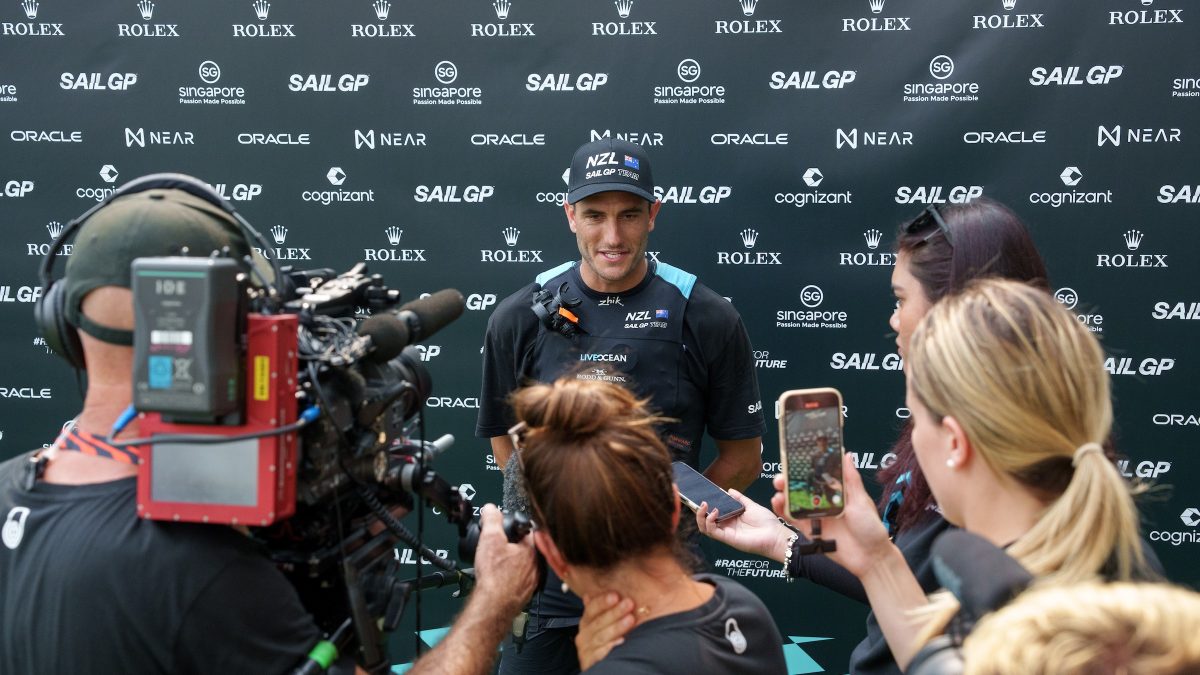 Sehested said: “We closed the gap to the top today and that’s all we need to do. We still have two more events to keep closing the gap, it’s only in San Francisco that counts, so we will just keep chipping away and we don’t mind sitting in fifth until the San Francisco event.”

The Australians now sit fifteen points clear of fourth place with just three events remaining and are all but guaranteed a place in the Grand Final.

Slingsby said: “We’re feeling really good, we‘re really happy with how we’re looking on the ladder. It’s going to be amazing going back to Australia. It feels like we can just do our thing and sail and just try to get some decent results, we don’t need to go out there and get first to make the final. So we’re going to go out there, sail free and try to get the win in front of the home crowd.” 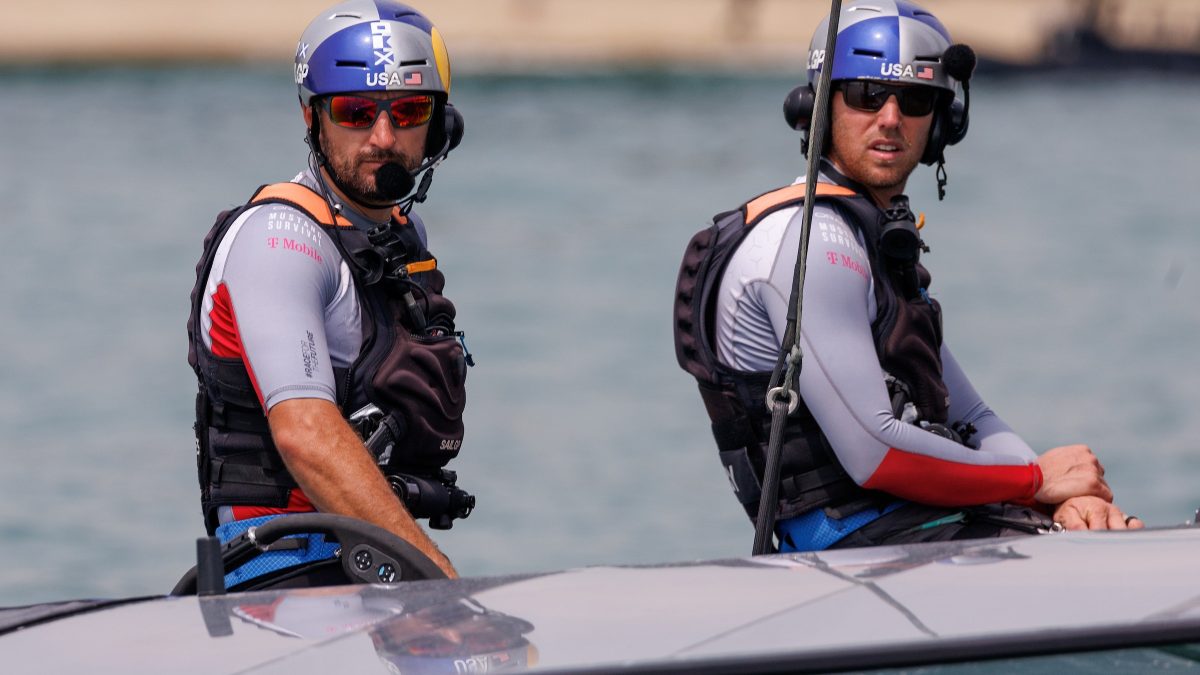 It was a banner day for Sébastien Schneiter and Nathan Outteridge, co-drivers of the Swiss team, as they claimed their first ever win and very nearly pushed their way into the final with a second place finish in the day’s other race.

Swiss Strategist Laurane Mettraux said: “It was pretty cool out there, I’m just very happy for the team, for Sébastien and for everyone who is working in the shadows. Finally it came! It all sort of came together today, I think we knew that it was going to just take time and we had to wait a little bit and obviously today was the day.” 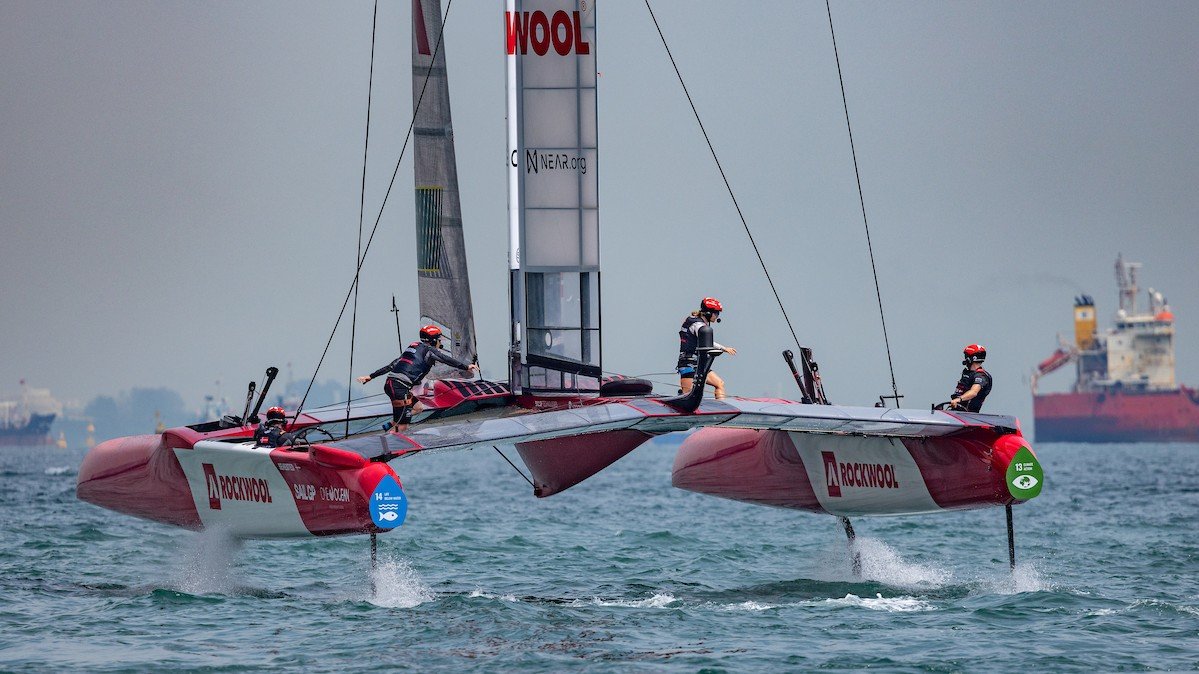 Quentin Delapierre’s France dropped out of the top three in the season standings after an eighth-place finish at East Coast Park, while fourth for Ben Ainslie’s Great Britain team in Singapore was enough to see them replace France in the Grand Final positions.

Seventh at this event for the United States leaves them seventh in the championship and driver Jimmy Spithill looking unlikely for a second straight Grand Final appearance, while Canada’s early season form seems to have evaporated as Phil Robertson’s team sits sixth in the season standings. Spain’s struggles continued with a last place in Singapore leaving driver Jordi Xammar only one point above the bottom-placed Swiss on the season three ladder. 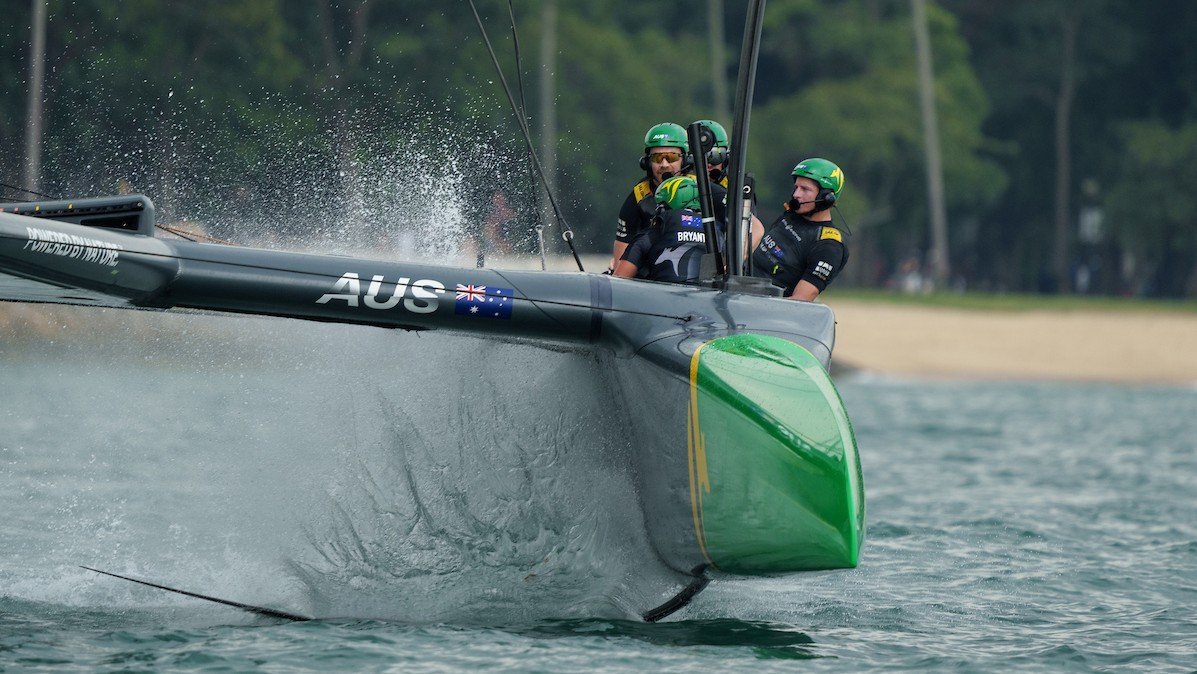 With both days of general admission sold out, over 5000 fans across the weekend packed the shorelines of East Coast Park. Speaking in the event village, Mr Alvin Tan, Minister of State, Ministry of Trade and Industry said: “It’s really good to be here at Parkland Green, East Coast Park to welcome SailGP, the first event of its kind in Asia. It is broadcast to about 186 territories around the world, putting Singapore on the map. Events like SailGP are a harbinger of what Singapore tourism has to offer now and in the future. We cannot wait to see how SailGP will evolve over time to be a wonderful and engaging product, for Singapore and the world.” 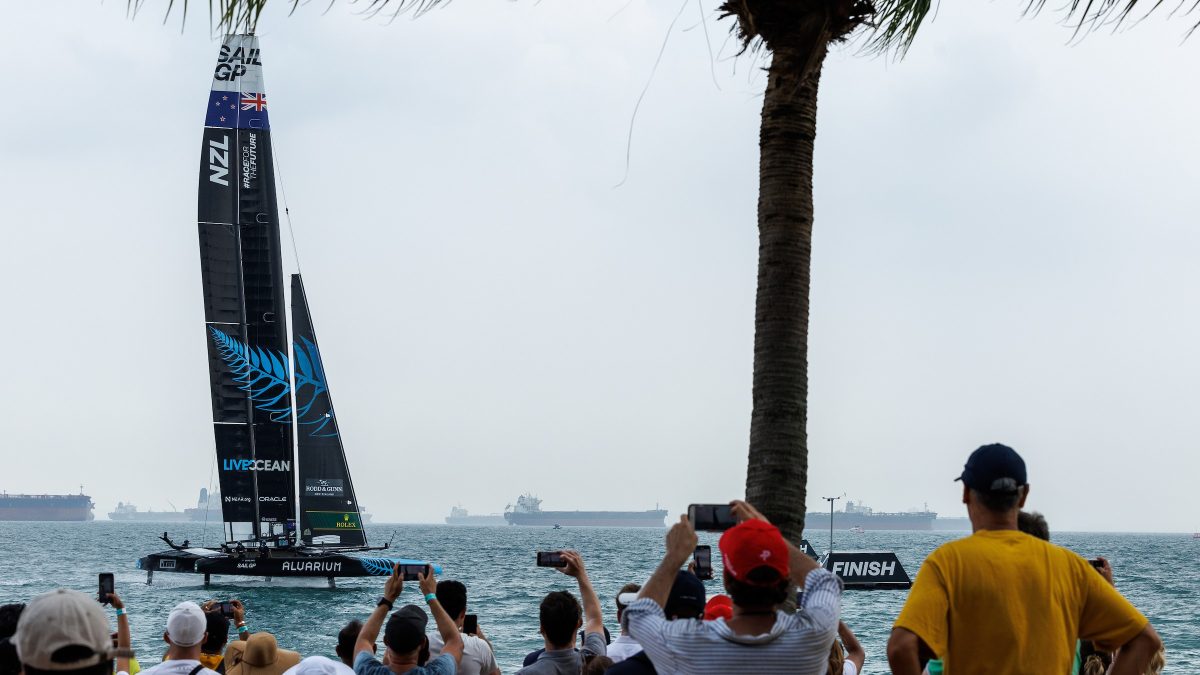 SailGP’s global championship returns to the iconic waters of Sydney Harbour for its next event, the KPMG Australia Sail Grand Prix on February 18-19, 2023.