The new cruising class will run alongside current competitive racing classes beginning in 2020.

Wally marks its shared 20th anniversary with the Voiles de St Tropez by announcing a new cruising class to run alongside its current competitive racing class beginning next year. 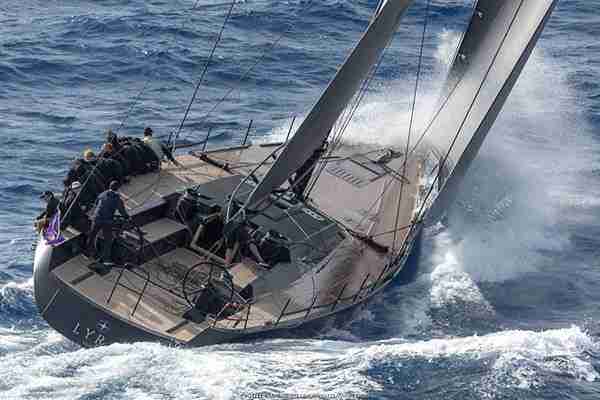 Last week marked the 20th edition of the Voiles de St Tropez regatta, where 4,000 sailors with a shared spirit of competition and fun gathered to race on 300 classic and modern yachts. Wally has been a strong supporter of the event since the Voiles’ inaugural edition in 1999, coinciding with Luca Bassani’s creation of the Wally Class for his cutting-edge yachts.

Over the past two decades, the Wally fleet has become a cornerstone of the Voiles community. Countless Wally fans have come to witness the competition between these yachts, whether racing themselves, spectating in chase boats or watching the images captured by pursuing helicopters. The atmosphere is always electric as the teams of world-class sailors go head-to-head over the course of a week.

Before and after each day’s racing, the sight of the Wally fleet stern-to along the iconic old port, fender-to-fender with the beautiful classic yachts, has become a highlight for owners and fans alike. As the company’s Founder and Wally Class President, Bassani comments, “It is remarkable to see the most beautiful classic yachts – the ground-breaking Wallys of their time – lined up next to the contemporary racing cruisers that have been created from my vision.”

According to Wally Managing Director Stefano de Vivo, the Wally Class is not only a star attraction at the beloved regatta, it is also a source of great pride for the Ferretti Group, which acquired the brand earlier this year.

“Advances in sailing technology are a driving force for innovation in yachting as a whole,” adds de Vivo. “The Ferretti Group recognises that developments emerging from Wally’s sailing yacht R&D have the power to drive major improvements in technology for its other yachting brands. Ferretti Group will continue to support investment in Wally, and promote the importance of sailing innovation for the wider yachting community.”

This year’s competition within the Wally Class was very tight. All the teams were well prepared, with Olympic sailors and round-the-world racing legends joining the owner-helmed yachts. Alternating weather throughout the week kept everyone on their toes, adding to the excitement of the challenge. Days one and three experienced heavy mistral winds too strong for racing and day two had too light a breeze, but the final two days’ much improved conditions allowed for thrilling racing where anyone might take line honours. The teams were so well matched that the corrected times were all within a couple of minutes of each other. The breathtaking Wallycento duo Galateia and Magic Carpet 3 engaged in epic duels reviving the golden age of yachting.

When the regatta was concluded on Saturday, October 5, it was the 80-foot Lyra that took the top spot in this year’s Wally Class at the Voiles de St Tropez. Having won the Maxi Yacht Rolex Cup in Sardinia this September, Lyra was also presented with the Wally Class Trophy for best performance over the season by North Sails.

Rounding off the 20th anniversary of the Wally Class, Bassani used the racing season’s finale to announce the introduction of a cruising division for 2020. The concept is intended to encourage more Wally owners to join the ‘club’ and enjoy the thrill of regatta racing in a more low-pressure setting.

“It has been exciting to see how passionate owners have been over the years, raising the bar higher and higher in terms of performance and competition. We feel the time has come, however, to return to a more Corinthian attitude to racing, which is the foundation upon which the Wally Class was created,” said Bassani.

“By introducing a cruising division, which will harmoniously sit alongside the existing competitive division at regattas throughout the calendar, we will provide a place for those owners who wish to pursue the pleasure of racing without the additional pressure. There will be limitations on the number of sails and crew permitted within this new division, and it will as usual be an owner-driver class. We feel that this is a milestone moment for our Wally Class and hope it will encourage a new wave of entrants keen to enjoy racing their yachts in a fun and relaxed environment,” he concluded.