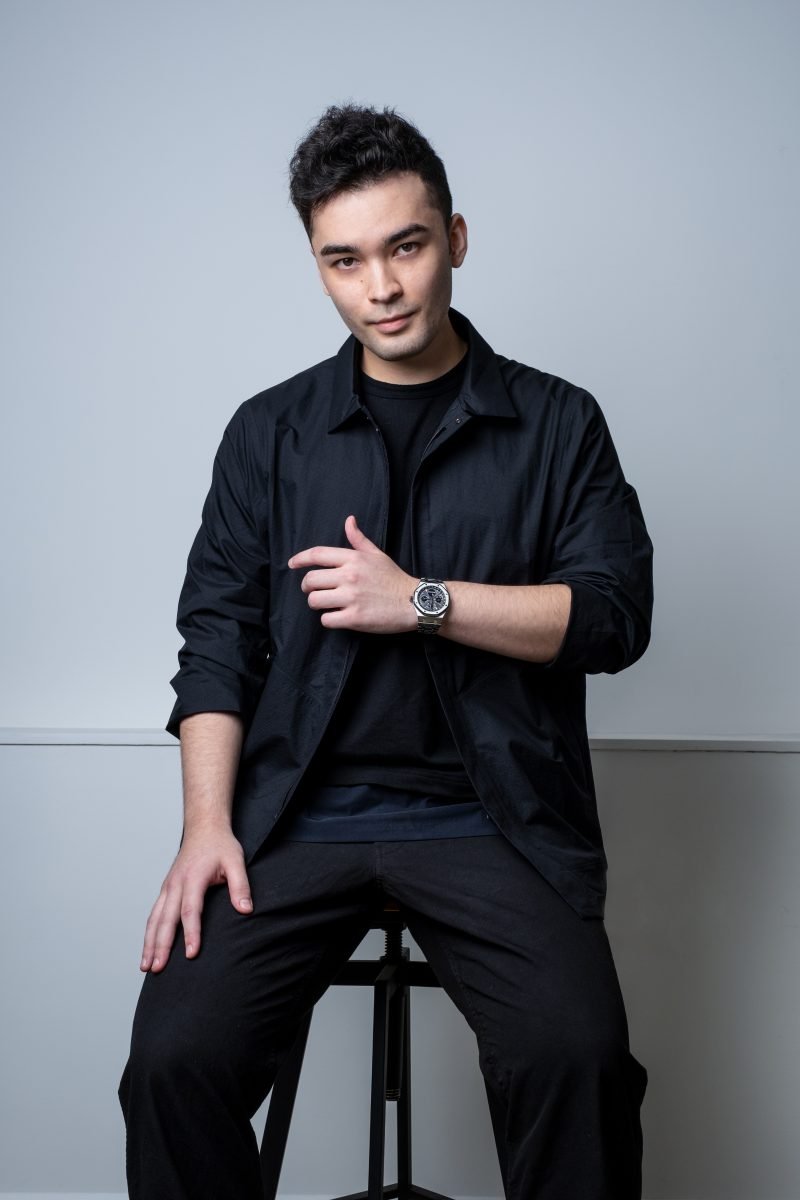 Like its neighbouring purveyors of high-end fashion and accessories, jewellery and watches, relative newcomer Wristcheck may have security staff on the door–for good reason–but the vibe is genuinely relaxed. Non-intrusive serving staff are on the ball when it comes to the minutiae of collectable timepieces that make up the shop’s inventory, and the surrounding world of desirable watches that give its stock context.

Wristcheck sources pre-owned rare and collectable watches–to be selectively procured on consignment after thorough authentication and rigorous checks on optimal performance and condition. These timepieces are then displayed for sale through its showroom and online portals. 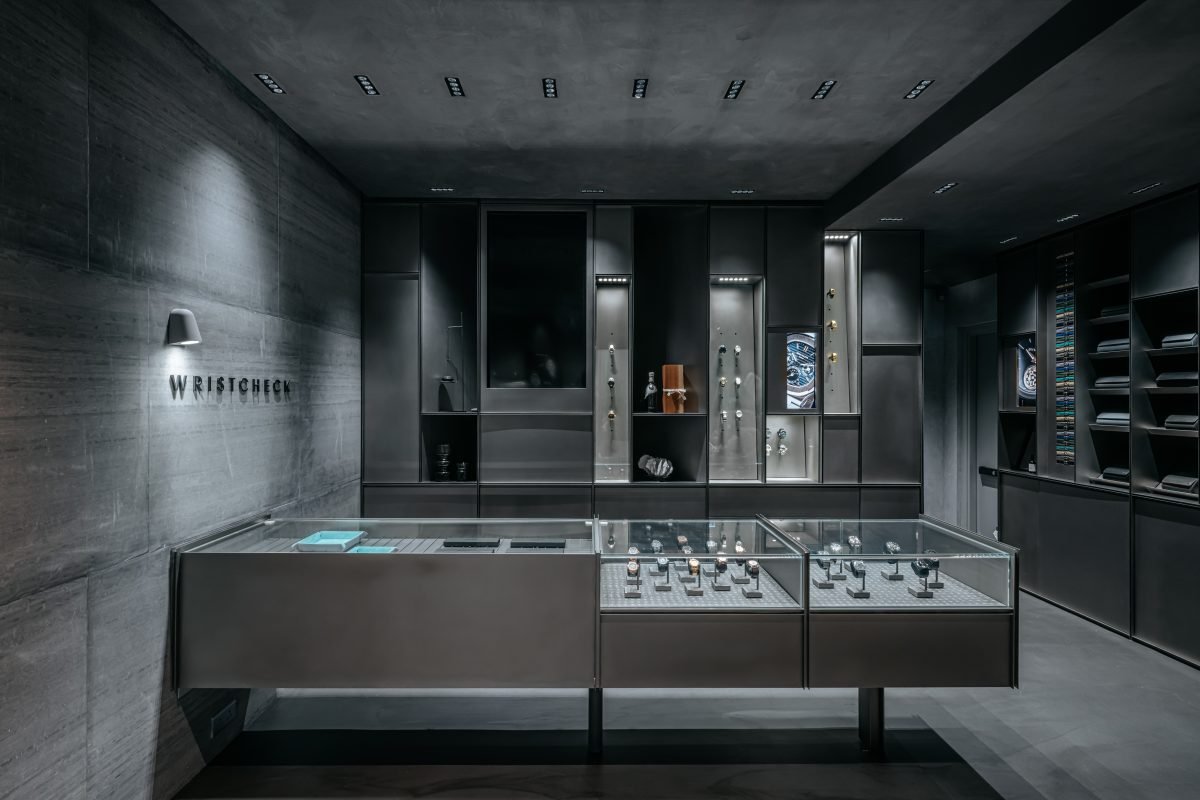 The initial idea and brainstorming began in 2019, with the company soft-launched via trial runs with family and friends. Wristcheck would begin operating online in March 2021, simultaneously opening a pop-up space in the basement of the Landmark and opening its current shop in September 2021.

Was bringing pre-owned retail to such a premium mall a risk? Co-founder Austen Chu believes that the mall’s vote of confidence in arranging space for Wristcheck showed that luxury retail can definitely include this kind of operation. As trust is a critical element of the company’s business operations, the showroom’s prime location supports sincerity to the serious collector, he believes. 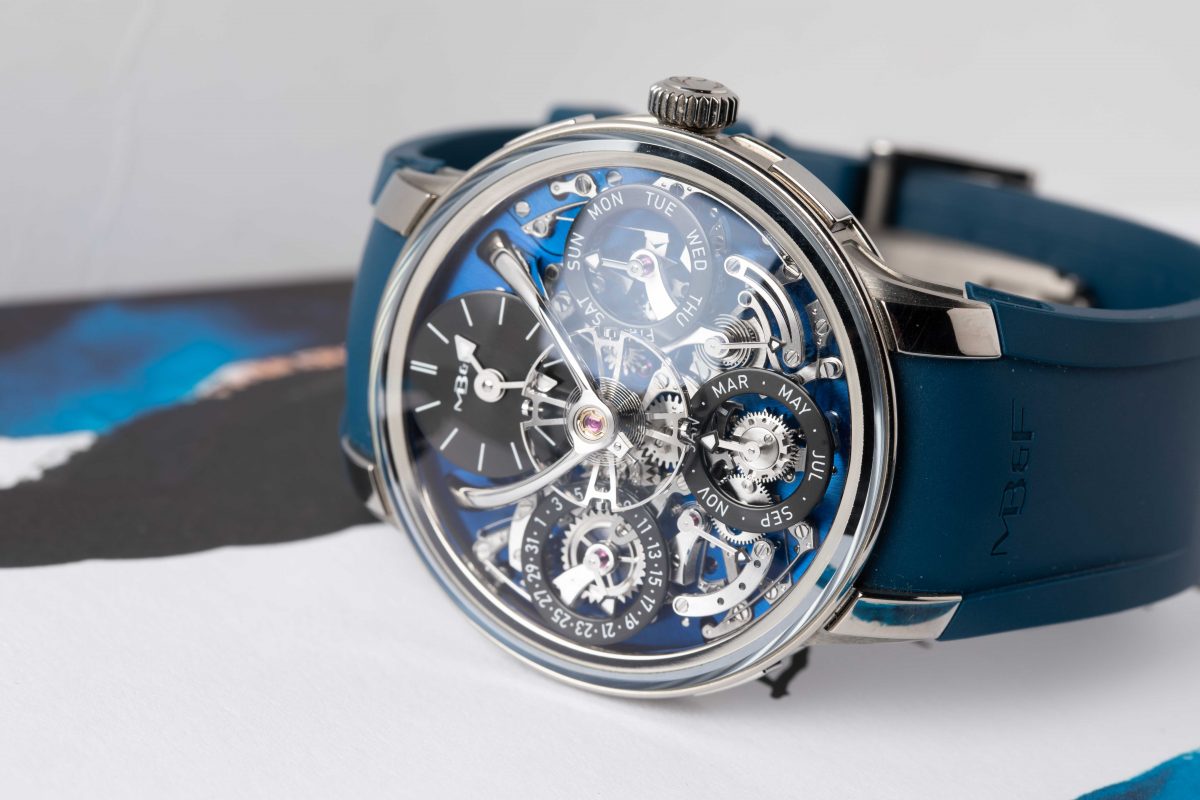 The 25-year-old Chu was enamoured by top timepieces eight or nine years ago and dabbled in a few private sales. He later founded a PR and marketing company that specialised in nightclubs and bars in Shanghai, sold that, and devised this new business model with his friend and founder of digital media and e-commerce platform Hypebeast, Sean Wong. Wong is Wristcheck’s co-founder and is still a business partner.

Chu devised Wristcheck’s retail outlet in neutral grey tones, with well-spaced watches behind glass, some of which rotate with the aid of motion sensors (when the right gestures are made) to appeal to both older and younger owners.

“The whole point is we want to make watches inspiring and ‘unintimidating’–in the same way that art is,” Chu explains. “There’s no difference; they’re handmade by craftspeople in Switzerland who trained for their whole lives to make these watches. No one looks at a second-hand Picasso as if that’s a bad thing, and we want to show it’s the same with watches. With many made in small quantities with extreme skill, they should be treated in the same way [as fine art] and put on a pedestal. That has not happened historically, except in auction houses.” The average price for a watch across all models is US$100,000, with prices starting at US$500, reaching up to about US$1million. 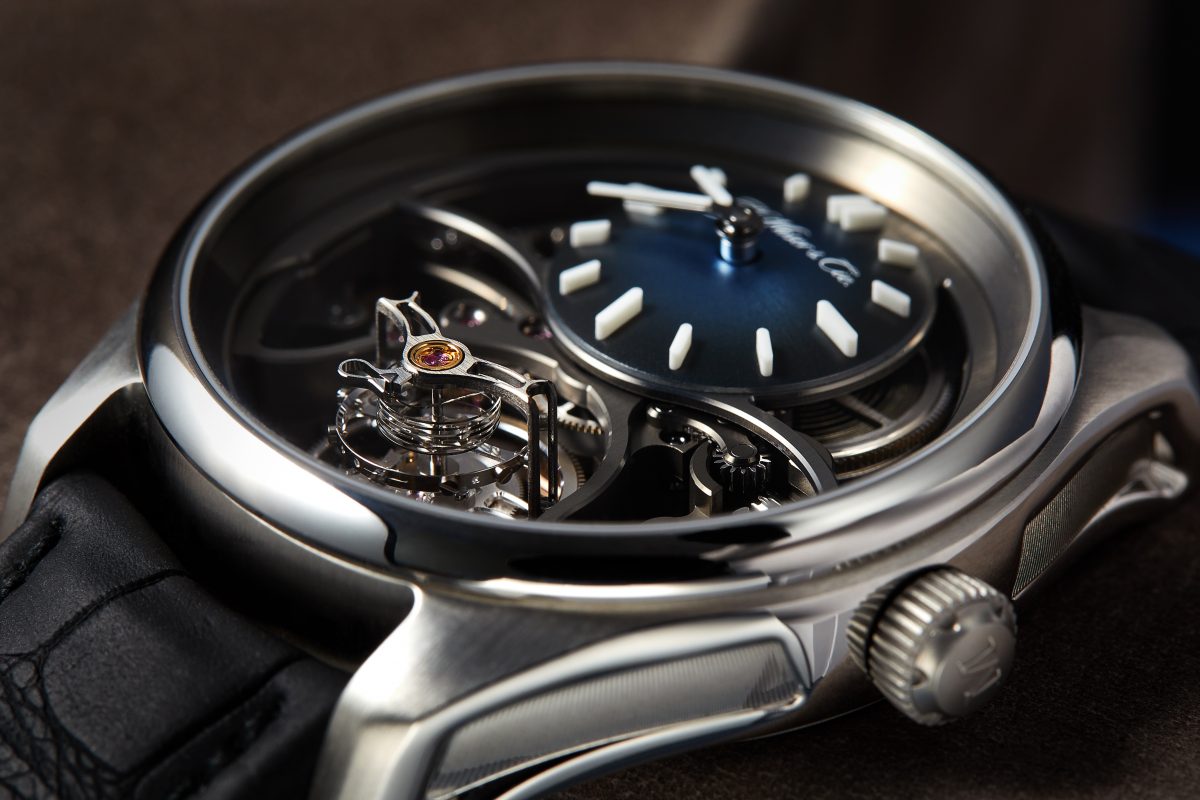 An element of community-building was also an important aspect of the store to transfer knowledge through different generations of owners–happy-hour gatherings every few weeks foster this. “We want to be a place where people can come to hang out and be around ‘watch nerds’,” says Chu. “We’re going to hold watchmaking classes with Hong Kong-based watchmakers and add videos and podcasts to our website soon, too. ”

In some of Hong Kong’s existing secondary-market watch shops, traditionally in Tsim Sha Tsui or Mong Kok, service is gruff at best. These businesses buy their stock, so prices may vary as potential customers are sized up at the counter. “We don’t buy at all,” explains Chu, “so for us, it’s about and owner who isn’t in an extreme rush and wants to net as much as they can for their timepiece–it’s all done in a transparent way where buyers know what sellers net and sellers know what buyers pay. 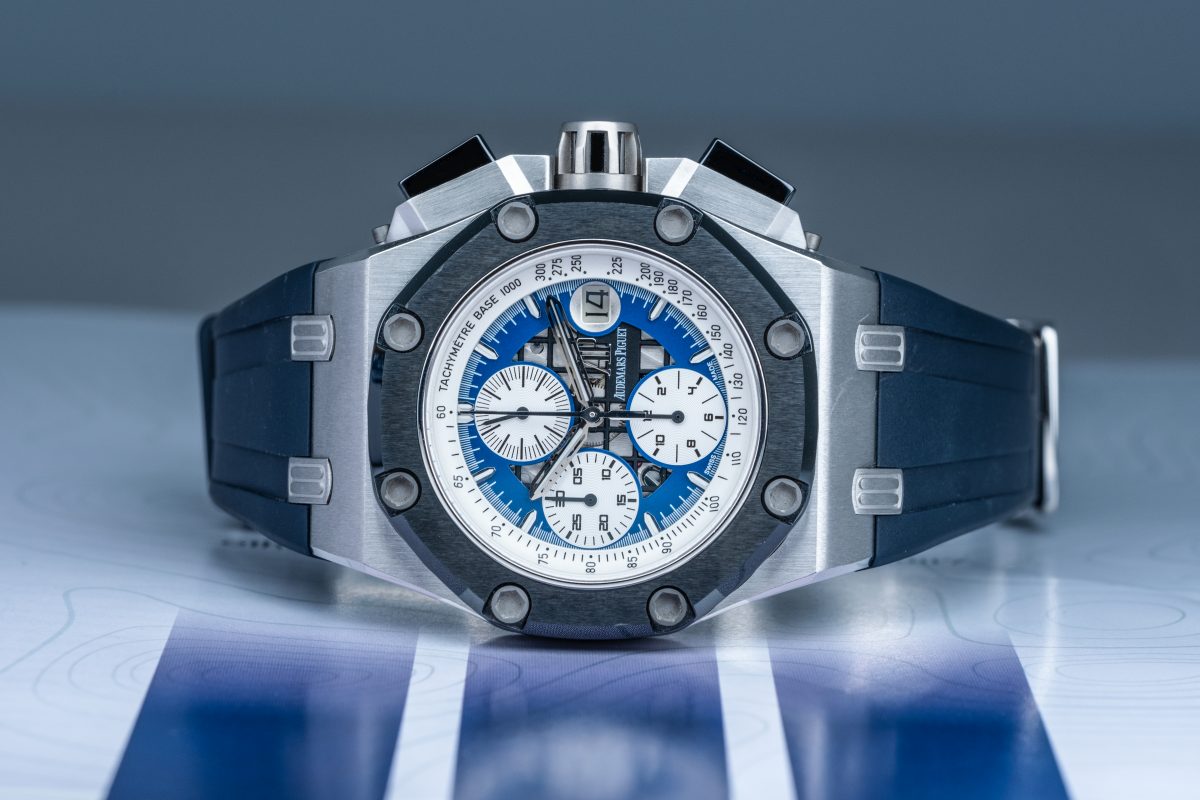 “Our transparent low-take-rate sustainable platform has fees of eight per cent from sellers, and up to four per cent for buyers is very attractive–very low compared to auction houses that charge on average from 24 to 38 per cent in total.” Cash sales are a no-no, and cryptocurrency is accepted.

Another difference to secondary-market watch sellers is that Wristcheck works with Swiss watch brands. Chu’s prolific posting on his popular Instagram page: Horoloupe, with 123,000 followers since he launched it six years ago. And his collaboration with Audemars Piguet on its Royal Oak Perpetual Calendar China Edition, launched in January 2020, helped build up a stellar reputation with top watchmaking brands who also appreciate Wristcheck’s growing website space allocated for editorial write-ups on the world of fine timepieces. 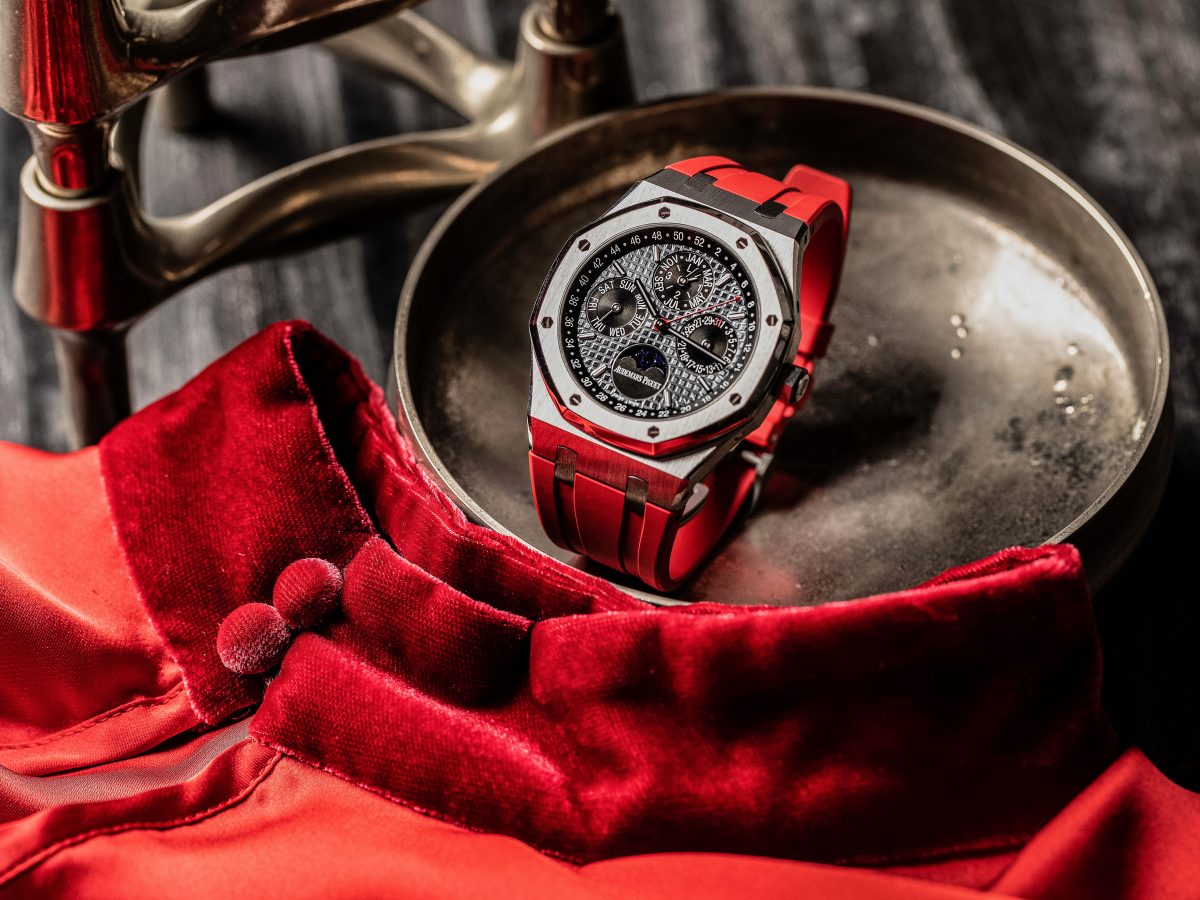 For novices who are less familiar with fine watchmaking and the deeper aspects of horology, one of the common reactions has been being surprised at so many brands being available–many of which were unknown to them previously.

It would have been errant not to ask if many fakes had been encountered. Not really, says Chu, and he adds that they wouldn’t get past two auction-house trained authenticators and other knowledgeable watch-brand-trained staff, who meticulously follow the provenance paperwork of models offered. Every watch that comes in also gets checked against a database of stolen watches to be sure all is well.

Like yachts, the watch market has been on the rise during the Covid-19 era. “It’s allowed people to spend time researching more about watches, which have given the highest return across asset classes, besides crypto, in the last 10 years,” explains Chu. “During the Covid period, prices have gone up at least 100 per cent. At the peak, before the Ukraine war, some had risen 200 per cent. 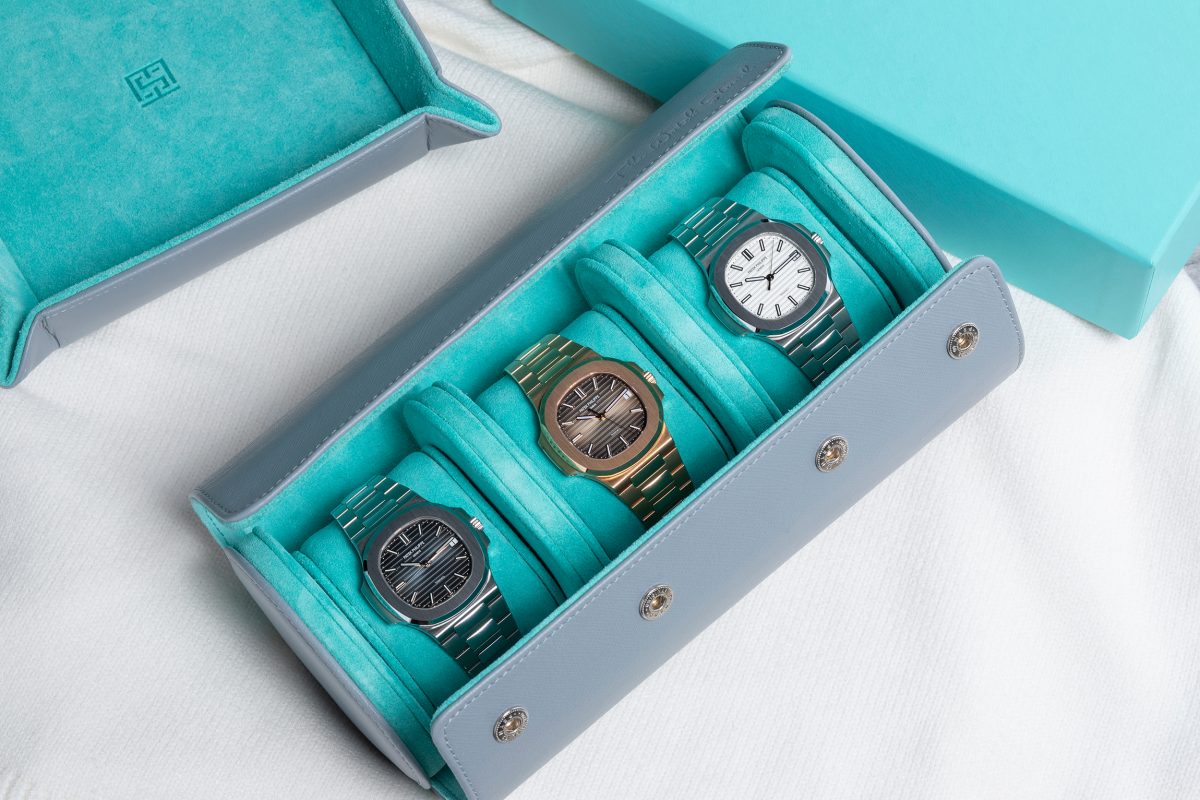 Clients have sometimes placed requests for specific models, which sees Wristcheck getting more proactive in its sourcing.

Some of Chu’s favourite watches that have come through Wristcheck so far cannot be mentioned under NDA terms. Of those that can, his personal standouts include selling a Tiffany-stamped 5711 Patek Philippe Nautilus trio–with blue dial, white dial, and the rose gold dial–which were sold forHK$10 million (about US$1.27 million), fetching a world-record price for each of the three.

Another was a potential client’s ‘dream watch’, a 5004A Patek Philippe Perpetual Calendar Split-Second Chronograph, of which only 100 were ever made, each with its owners’ name engraved on the back. Chu sourced one and recalls, incredibly: “Our client wanted his own name on it, and the one that we found had the same last name as his engraved on the back [from the original owner].”That one was sold at US$925,000. “But it’s not really about the money,” says Chu. “It’s seeing the joy on people’s faces when we find them something that they really wanted; finding the right watch for the right person.” 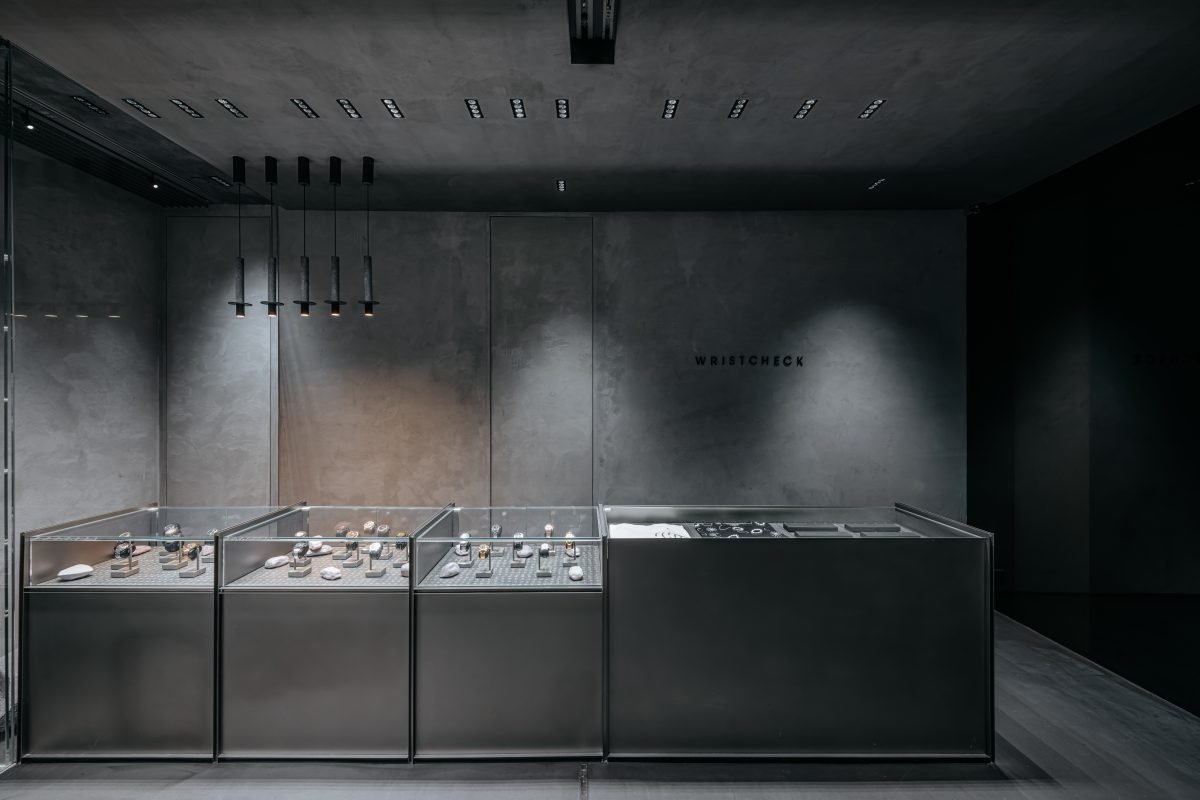 Celebrity clients in the US have been happy with some serious purchases, either discovering the Hong Kong operation through the Horoloupe Instagram account or by personal recommendation. Wristcheck plans, when the time is right, to set up more physical stores in mainland China and southeast Asia, says Chu.

Not a yacht owner himself, Chu says he has had several memorable boating experiences. “I like cruising on motor yachts that have a lot of space to just relax, island-hopping in Hong Kong,” he says, admitting that he’s enjoyed jet skiing and wakeboarding for fun on such occasions.

Find out more at wristcheck.com