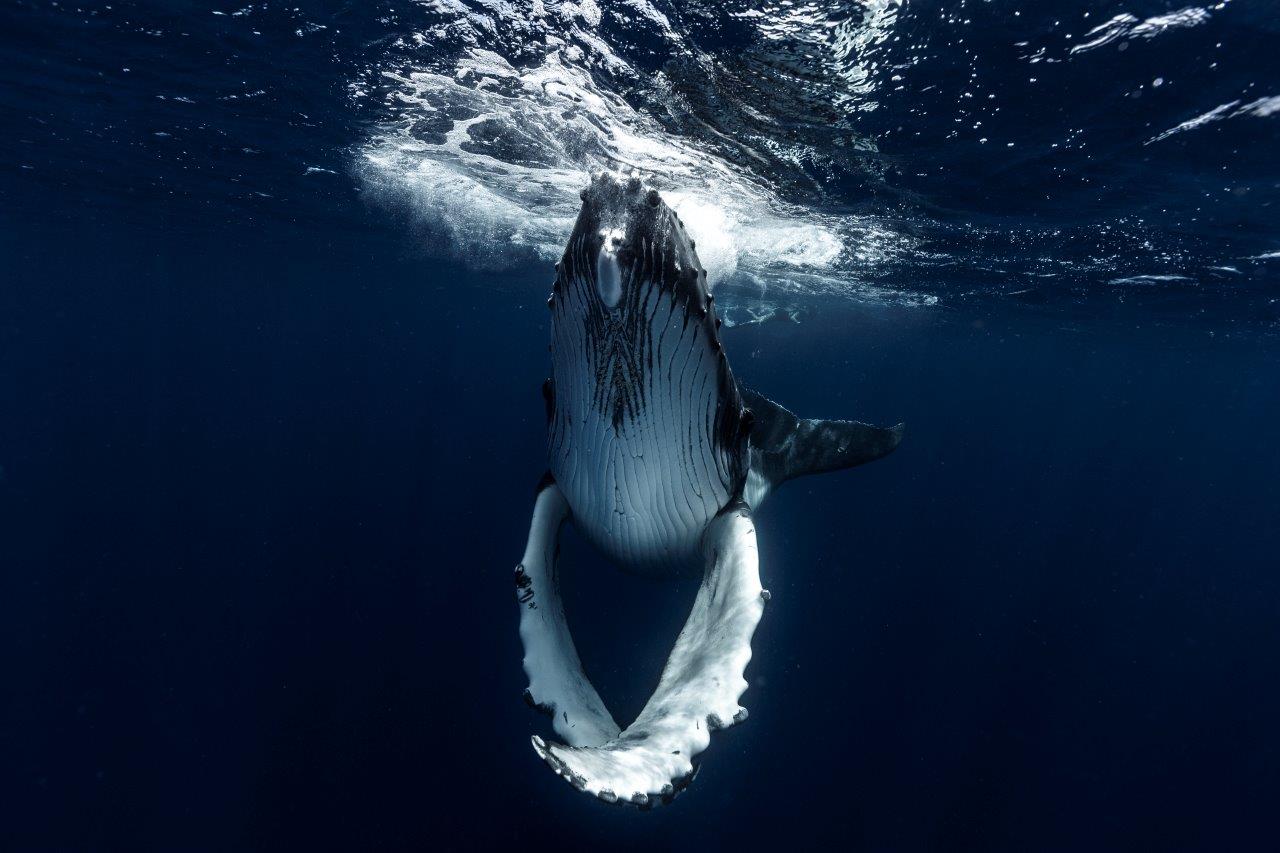 Humpback whales can grow to 18 metres long, and can weigh 40 tonnes

Australian photographer Scott Portelli has won a slew of international awards for wildlife, nature and underwater images. But it was years of repeated trips to the South Pacific island nation of Tonga to swim with and photograph a local population of humpback whales that changed his life, professionally and personally.

In normal times, Portelli regularly visits remote locations around the globe, from the frozen shores of Antarctica to the lush tropics, in search of great photos. But it was the humpback whales of Tonga that inspired him to found Swimming with Gentle Giants in 2007. In addition to taking amazing photos, he now acts as a guide for people who want to swim up close with whales in pristine waters.

“I’ve spent the last 20 years visiting the Kingdom of Tonga,” Portelli says. “The culture, people and Islands are simply beautiful and the presence of some of the most amazing creatures on the planet make it even more special. So, I fell in love with the place very quickly.” 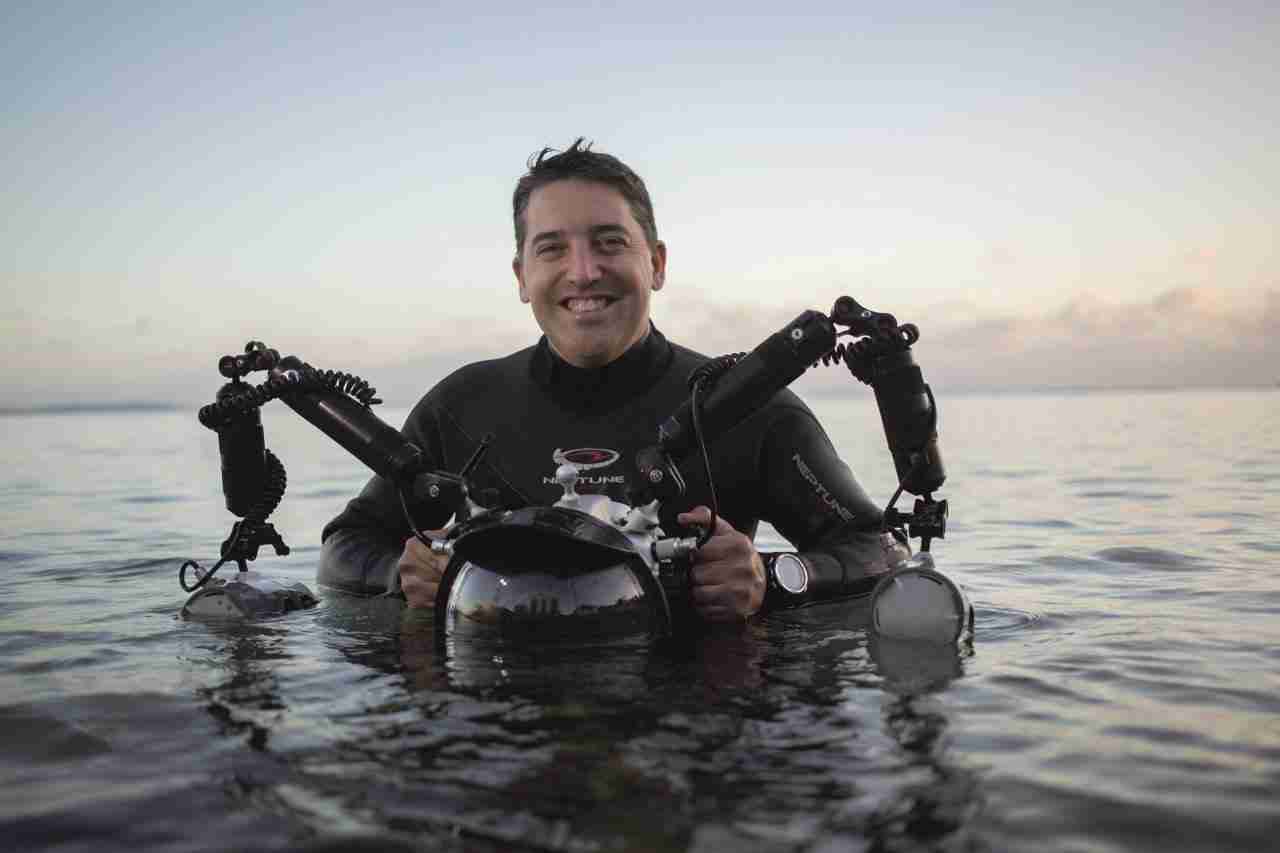 Portelli is typically in Tonga from June to October, when humpback whales visit

It is a big statement coming from a man who has dived and photographed extensively around the Asia Pacific, including in Papua New Guinea, Indonesia and the Philippines.

“Each place is quite unique and remarkable in its own way,” he adds. “There are the smallest micro creatures in Indonesia and the largest of mammals in Tonga – there is something special about this part of the world.” Portelli grew up fascinated by photography and cameras. “I always had one with me from a young age,” he says. “But it really wasn’t until I was old enough to travel that I really enjoyed capturing the world and what I was seeing as I explored this amazing planet, especially when I discovered the beauty of the ocean and all the amazing creatures that live in its diverse marine environments.

“From deep blue water to coral reefs saturated in colour and texture, to temperate waters with its strange and fascinating species – it was all amazing and a place I wanted to be. Photography was always secondary to my love of the ocean, but it became integrated.”

READ: Underwater photography: How to get the perfect underwater shot 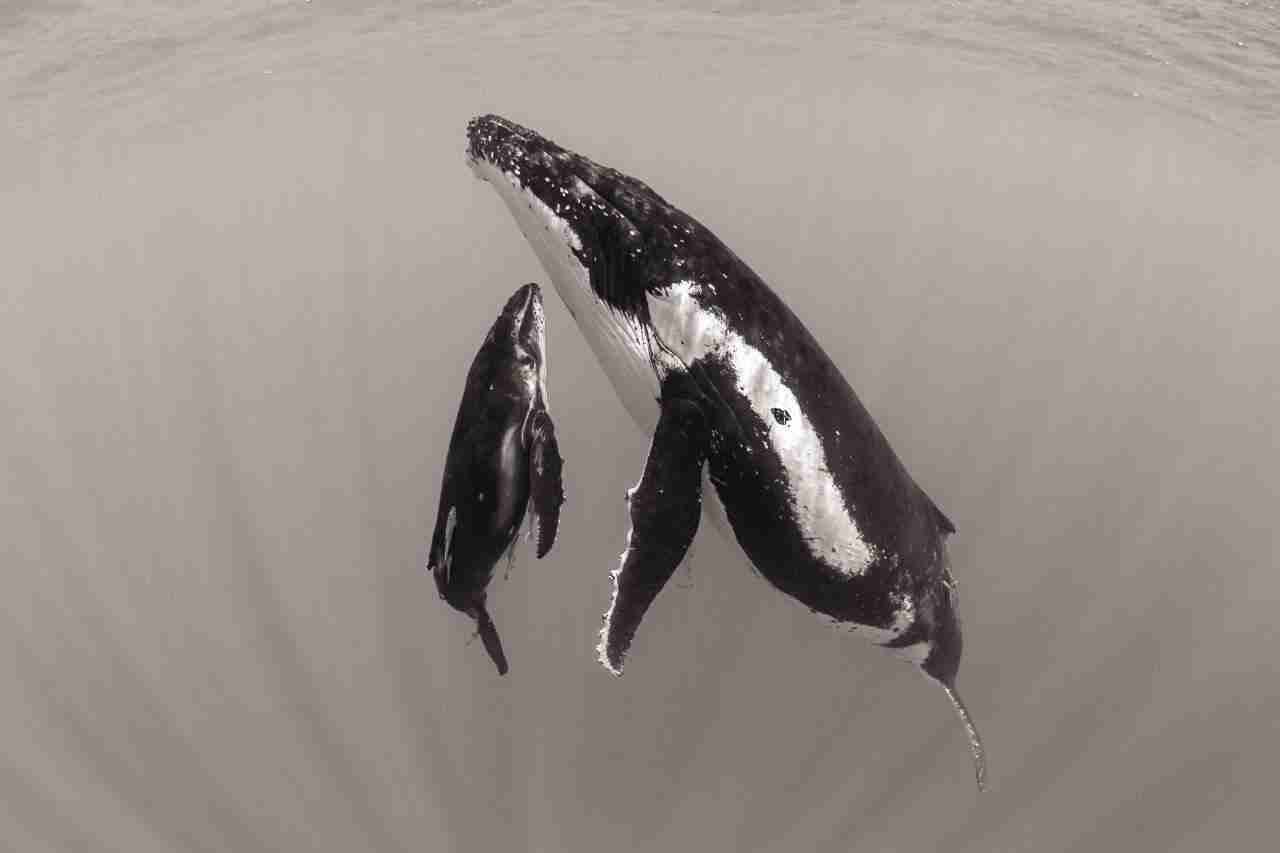 For Portelli, Swimming with Gentle Giants is more than just a tour operation. He says that he has built the business into an organisation that puts back into the local community. He also wants to educate people about whales. “From our research initiative called The Tongan Fluke Collective [raising funds from sales of whale tail photographs for Tongan humpbacks conservation] to our onboard education with our team or marine biologists, we have grown this business into an ethical and conservation experience.”

Over the years, Portelli and his team have developed a particular way of introducing people to whales. “It’s always in a non-invasive, respectful way, Portelli says. “How we understand that [our own and their] behaviour is the most important knowledge that we have when working with wild animals.” “Learning to be in the water with whales is different than just swimming with them,” Portelli has said, reflecting on years of experience photographing humpbacks. “Every whale has a different personality … some are very curious and seek interactions while others are happy to swim by and continue on their journey. The key to any interaction is that it is on the whale’s terms” 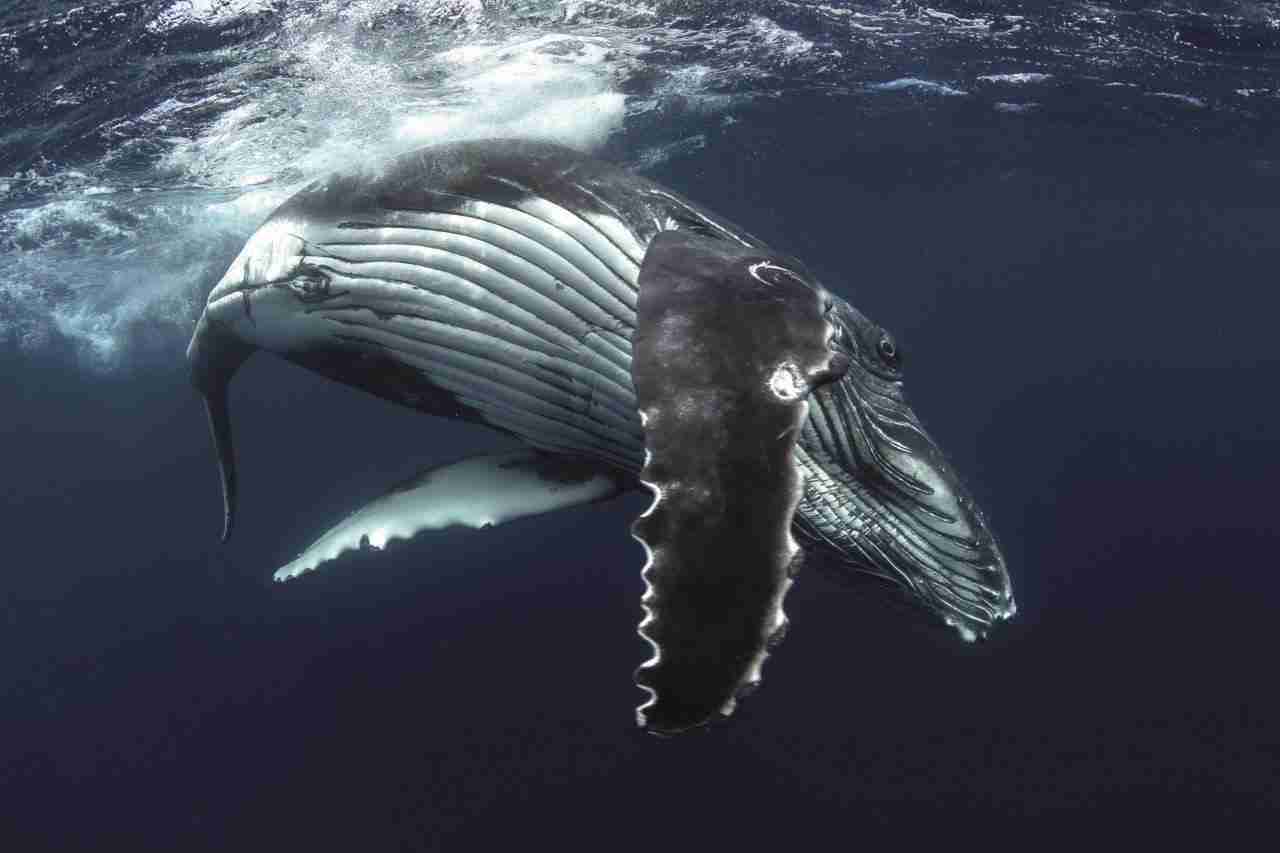 The humpback whales in Tonga are sometimes referred to as the “Tonga tribe”. They migrate to Antarctic waters, swimming past New Zealand on their way to their feeding grounds. They return to Tonga so that mothers give birth to calves, and visitors can catch a glimpse of mother and calf together. Though mothers may be cautious when they are with their calves, humpbacks are also known for being curious creatures, and have been spotted playing with other marine species.

Portelli says that baby humpback whales can be very curious about humans in the water and may even swim over to a human to take a look or even try touching one. Portelli limits visitors to just six at a time in the water, and he also limits the time that groups can be around whales. Visitors use snorkels only; Scuba gear is not allowed. The rules are based on consultations with experts, scientists and local governments, and are there to protect the whales. 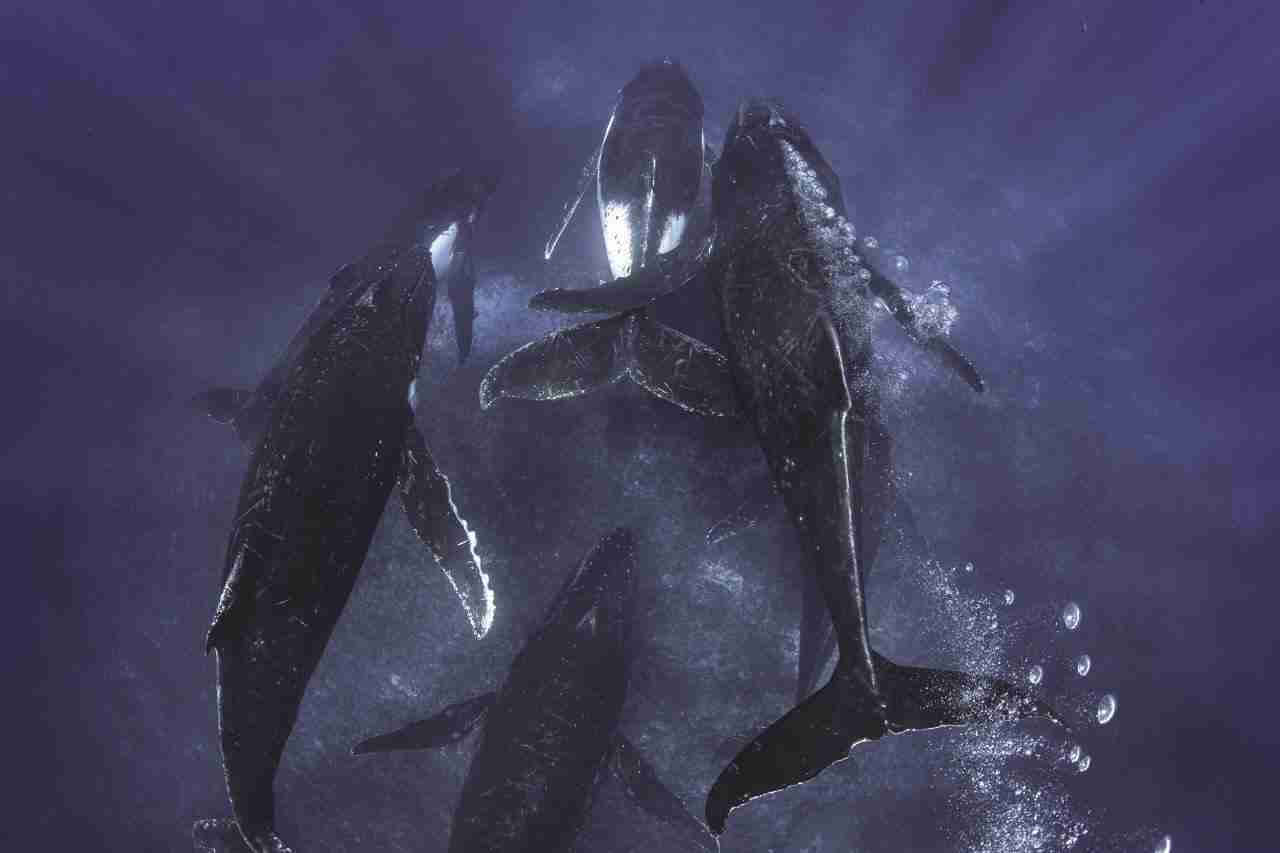 Portelli says that while whaling has stopped, new dangers are emerging. Ghost nets – abandoned commercial fishing nets left to drift in the open ocean – can entangle whales. Plastic bags wind up in the digestive systems of marine life. This is a big killer of turtles, according to Portelli. “The human impact [in this region] is generally from pollution and overfishing.” 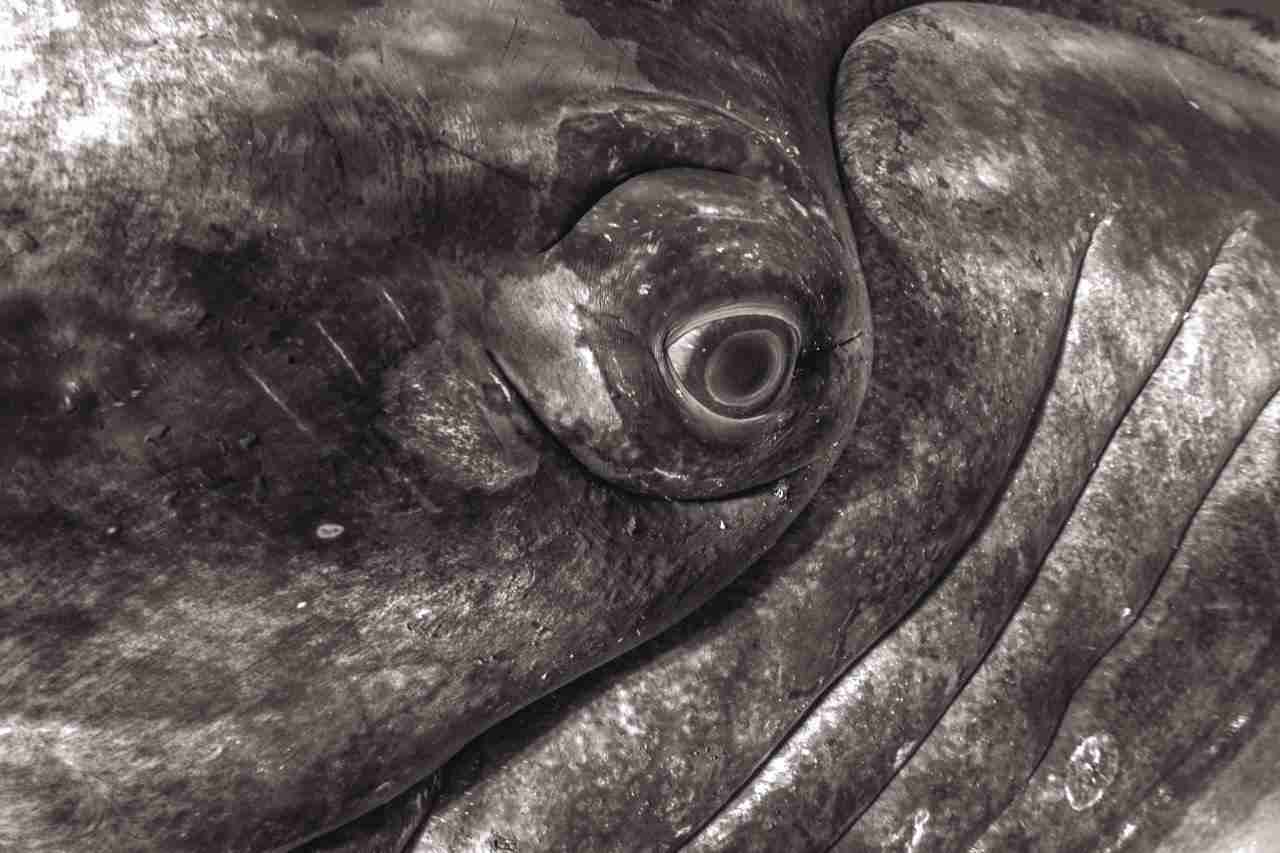 Baby humpbacks can be very curious about humans in the water

The humpback whales visit Tonga from June to October each year, after feeding in Antarctica, and these are the months when Portelli is normally in Tonga. It is one of the few locations in the world where people can actually swim in close proximity to whales. In non-Covid-19 times, Swimming with Gentle Giants welcomes guests from all over the world. “People from Europe, the US, and Asia have joined us,” says Portelli, “and we want to ensure they leave with a positive view of this amazing place.” 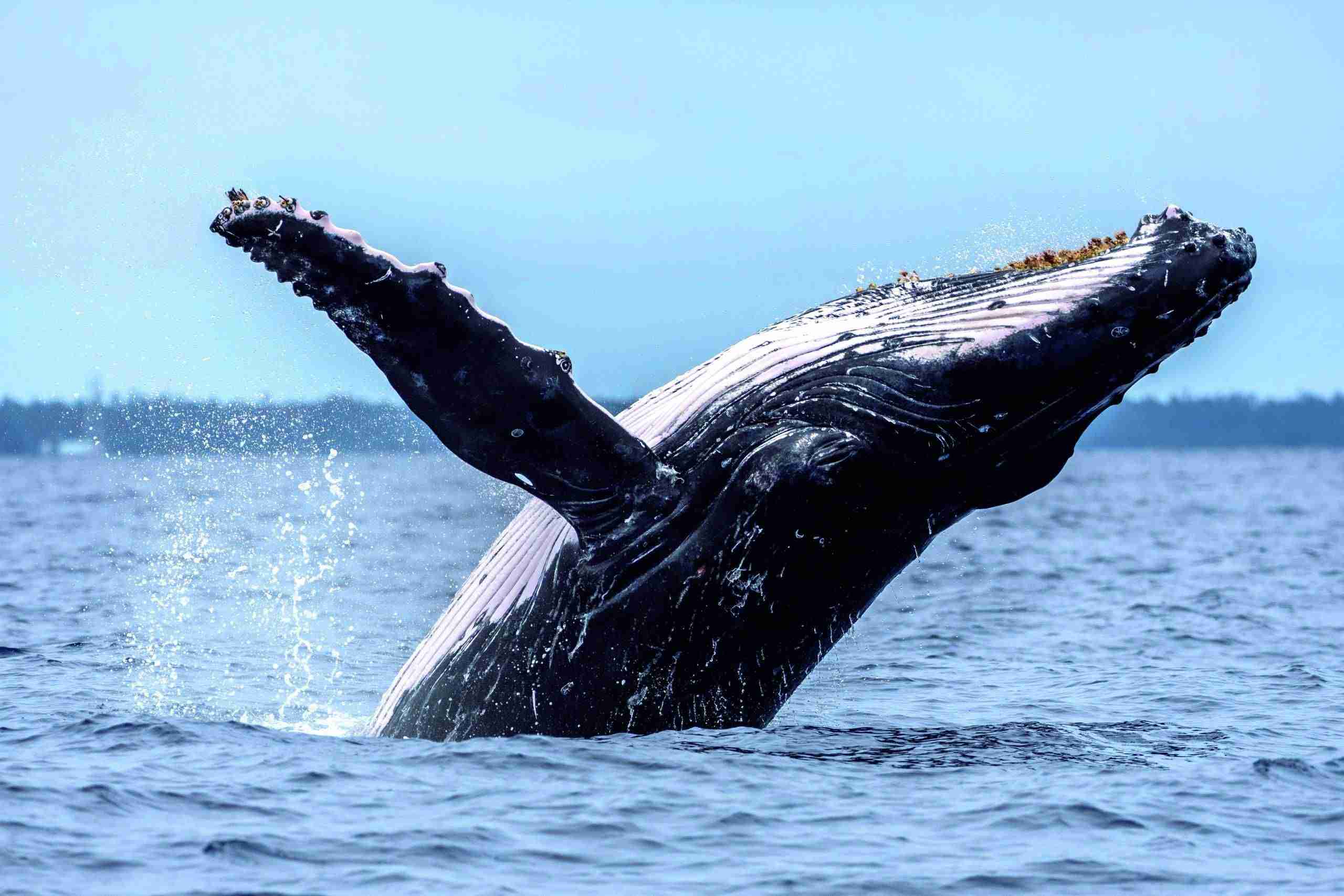 Find out more at www.swimmingwithgentlegiants.com

“Being face to face with a 40-tonne humpback whale is exhilarating and their sheer size alone is enough to intimidate the bravest of people. But it’s their gentle demeanour and curious nature that brings back a sense of calm. The curious gentle giants are accepting of our presence in their vast ocean environment – and that’s a real privilege to say the least. It is the ultimate feeling of pure joy that is difficult to put into words. Connecting with the ocean and these creatures makes you want to be an ambassador to help protect these fragile living things. 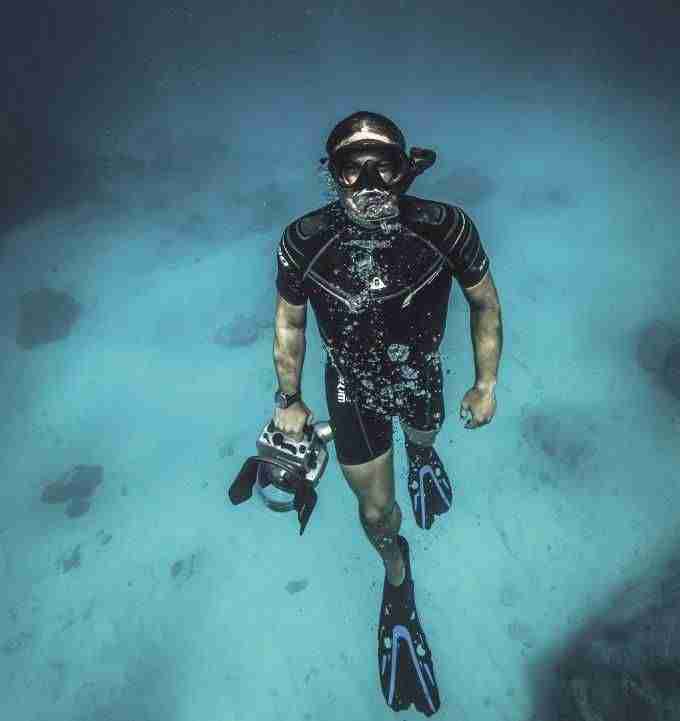 “I have had some amazing experiences with humpback whales, from good-natured eye-to-eye encounters floating in a calm ocean to the exciting action of being within view of a competitive group of whales vying for the attention of a female as part of their courting and mating ritual.

“Each encounter is precious and unique in many ways. One morning, as we left our harbour for the open ocean, we saw a plethora of blows in the distance, what appeared to be a competitive group, as we got closer we could see there were more than 20 whales in hot pursuit: ‘bubble netting’ [a signature humpback move to push fish and krill to the water’s surface with fine bubbles, before scooping up to swallow], breaching and a great deal of surface activity indicated the whale’s intentions. Safely slipping into the water, I watched as these gladiators swam past at high speed – but it felt like slow motion action as my senses absorbed what was happening. I was bearing witness to one of nature’s great events.

“At the opposite end of the spectrum, on another occasion, a calm encounter with a mother and her calf as they hovered almost motionless in the deep blue, had an overwhelming effect on me. The calf young and curious and eager to explore its new environment came towards me ever so gently and peered into my eyes as it lifted its pectoral fin over me to avoid any contact. Their humble instinct was so ever-present.

“Humpback whales are large creatures with the calmest of intentions, so I never feel scared or intimidated at any point. Any day in the water with a whale is a good day. But, as with any wildlife, I have a healthy respect for them and remind myself that they are wild animals.