Maserati Multi 70 and Giovanni Soldini sets sail on October 16th at 15:10 local time (7:10 UTC, 9:10 Italian time) for the ninth edition of the Hong Kong to Vietnam Race. The regatta, first run in 1996, is organised by the Royal Hong Kong Yacht Club and is part of the China Coast Race Week. 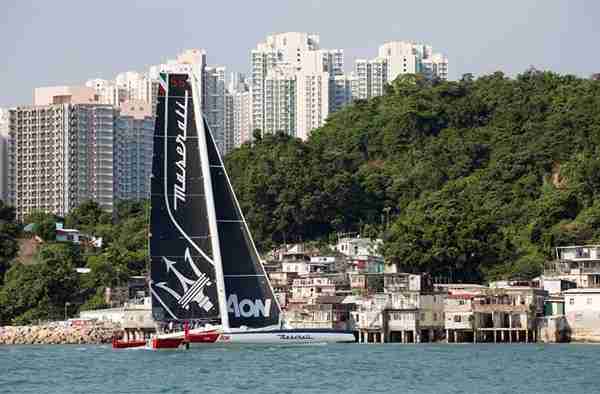 The fleet set sail from Victoria Harbour, Hong Kong and will arrive in Nha Trang, Vietnam after sailing predominately downwind for 673 miles.

With an Easterly wind of 12-15 knots and a calm sea, Maserati Multi 70 crossed the starting line in the Hong Kong canal, in front of the Royal Hong Kong Yacht Club, on the wake of SHK Scallywag Fuku. After the first few hours, Maserati Multi 70 should find a North-Easterly wind of 25 knots that will last for the first half of the course. After that, the wind will drop to 20-15 knots and then drop again approaching the finish line. 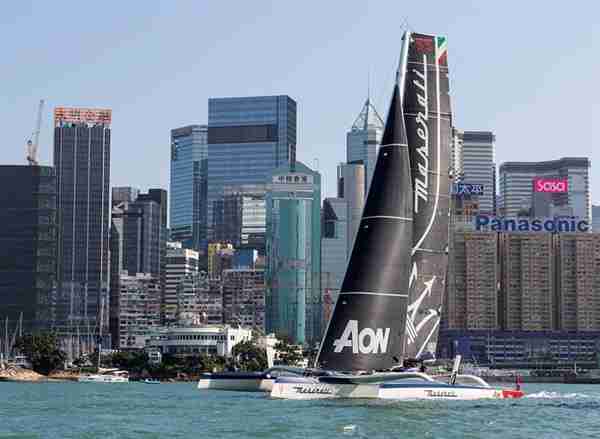 A few moments before setting sail, Giovanni Soldini commented: “It will be important for us to prevent our competitor from outdistancing us at the start in the canal, where there will be less wind.” SHK Scallywag Fuku is a 60-foot trimaran, much lighter than Maserati Multi 70, so the Hong Kong based trimaran will be very advantaged with light winds. Soldini continues: “With a strong wind and a rough sea we are surely more at ease, we will try to monitor our competitor and to avoid leaving lateral distance. Lighter boats are very strong with downwind like the one expected for this race, but I’m sure that with long waves we will be able to make a difference. Maserati Multi 70’s Team is definitely pumped and we will fight tooth and nail as always!” 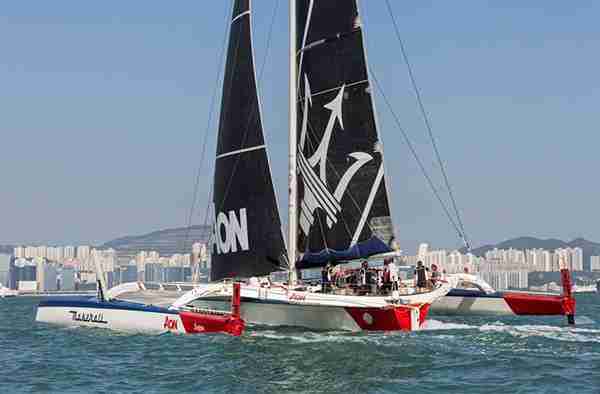 The two competing trimarans will try to beat the race speed record of 1 day, 18 hours, 17 minutes and 24 seconds, set in 2015 by Sydney Fisher aboard the monohull Ragamuffin 100. The multihull record was set in 2006, when Benoit Lesaffre finished the race in 1 day, 23 hours, 40 minutes and 25 seconds aboard the catamaran Atmosphere.

In July, Maserati Multi 70’s Team entered the shipyard in Hawaii, where they worked non-stop for two months: they repaired the damages to the left side hull and rudder, caused by an impact during the Transpacific Yacht Race, and carried out ordinary maintenance work. Furthermore, they continued researching and experimenting to optimise Maserati Multi 70’s flying performance: for the Hong Kong to Vietnam Race the T-shaped rudders are adjusted on optimal settings, developed after various tests that were carried out in the past months. 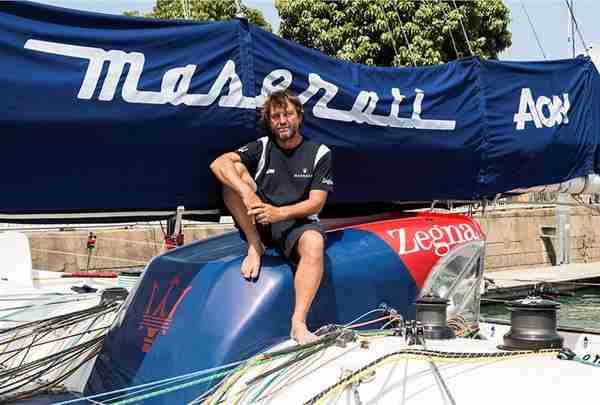 For this edition of the Hong Kong to Vietnam Race, skipper Giovanni Soldini will sail aboard Maserati Multi 70 with a seven-man crew: 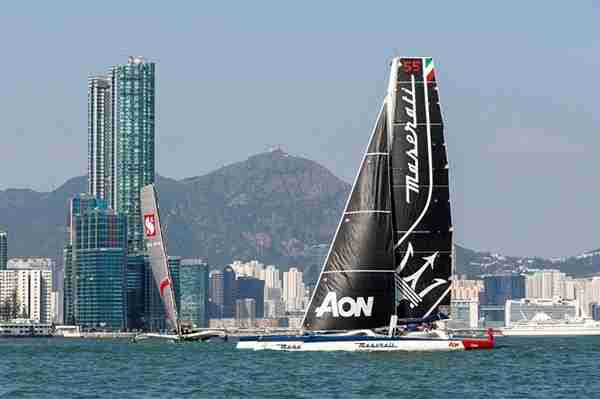 The Royal Hong Kong Yacht Club Nha Trang Rally is the last regatta of Maserati Multi 70 and Giovanni Soldini’s 2019 racing season. This past year the Italian Team has participated in the RORC Caribbean 600 in February, the CA 500 in May and the Transpacific Yacht Race in July.