As the hub of yacht sales in Asia and with a long nautical history, it is no surprise that maritime-inspired cocktails have long had their place on bar menus across Hong Kong.

As the SAR’s bars (finally) reopen and strict Covid curbs begin to ease, we list five modern mixes that all nod to oceanic themes with their ingredients and names. 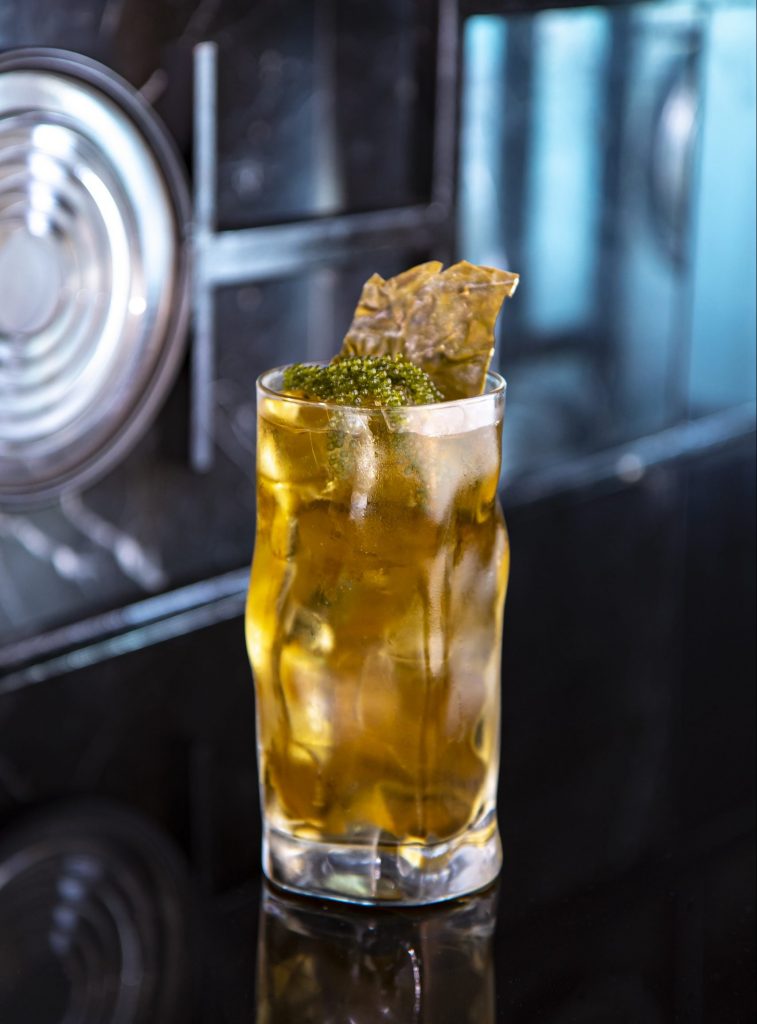 Containing kombu-infused Johnnie Walker Black Label (kombu is dried kelp – a type of seaweed), Talisker 10-years-aged single malt whisky, clarified yuzu and lemon juice, (seaweed-enhanced) moshio salt to give it an umami flavour and soda water – this is a thoughtfully conceived cocktail, especially in its representation of flavours that evoke the sea. Attention is in the detail with the Japanese Sea, right down to its garnishes – roasted kombu and Japanese sea grapes give the cocktail an extra boost in umami flavour and freshness.

Devised by Steffen Willauschus, the bar manager of recently relocated Aqua Spirit in Tsim Sha Tsui, this creation is based on his recollections of visits to Japan, when he was mesmerised by the vastness and smell of the ocean. 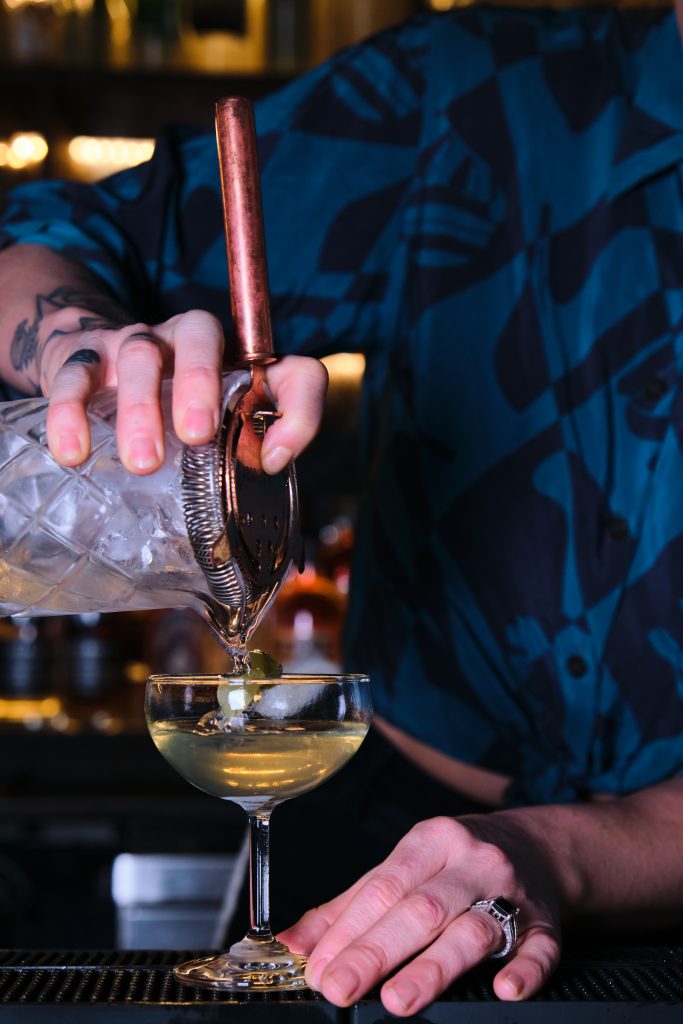 This cocktail was born from Pontiac founder Beckaly Franks’ love of “always having a fun version of a martini on the menu”, in collaboration with her friend Max Levy, the former chef-owner of Okra, which closed its doors last summer after five years in operation.

Levy made his own wormwood tincture and pickled his own celery with a secret ingredient: Crystal hot sauce. Both of these distinct recipe elements blended with The Pontiac’s in-house dashi-infused Mancino Secco vermouth collectively bring what Franks calls “a truly distinct umami flavour, a very ‘sea wind-forward’ style of Gibson,” using Widges gin as its base. 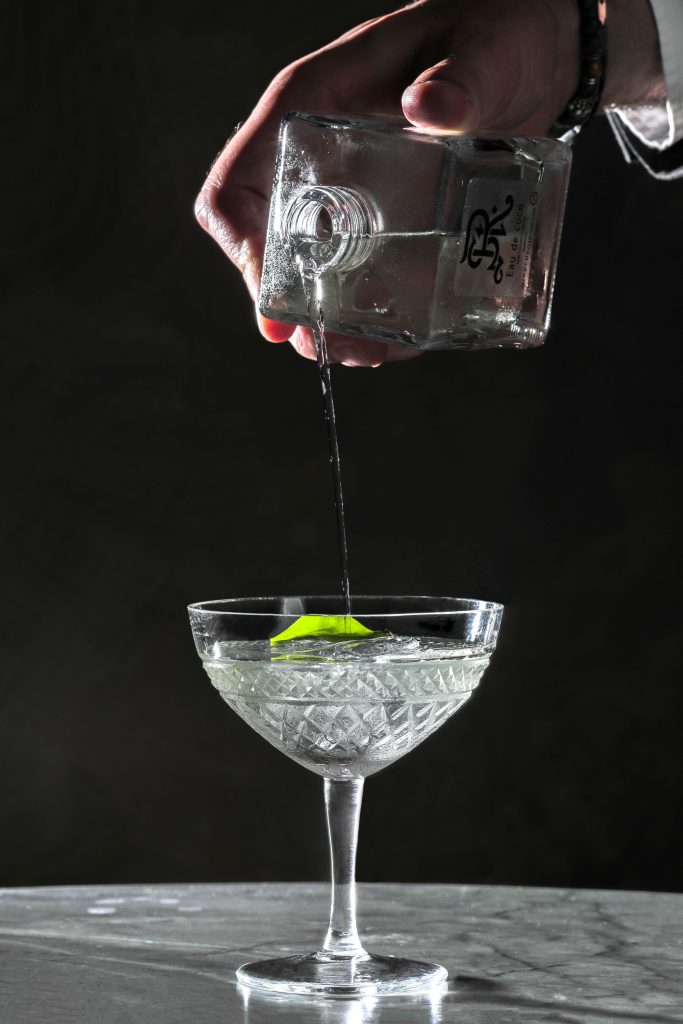 Conceived as the kind of cocktail that allows the drinker to drift “somewhere beautiful and exotic” – an experience that Hong Kongers might appreciate during recent periods of being confined within the city – the manager of The St. Regis Bar, Mario la Pietra, says that visual presentation is the key to this spectacular cocktail.

With Russian Beluga Noble vodka at its core, washed (clarified) coconut milk brings a hint of the tropics, and St Regis vetiver (aromatic grass) essence and a spice mix are all in the blend. A plump oyster leaf is used as a garnish, not just to add a burst of colour but, according to la Pietra, “to interact with the drink with a savoury element, with a hint of seawater from the leaf.”

The cocktail is inspired by one of Hong Kong’s ancient deities, Hung Shing Ye, who is worshipped by seafarers. 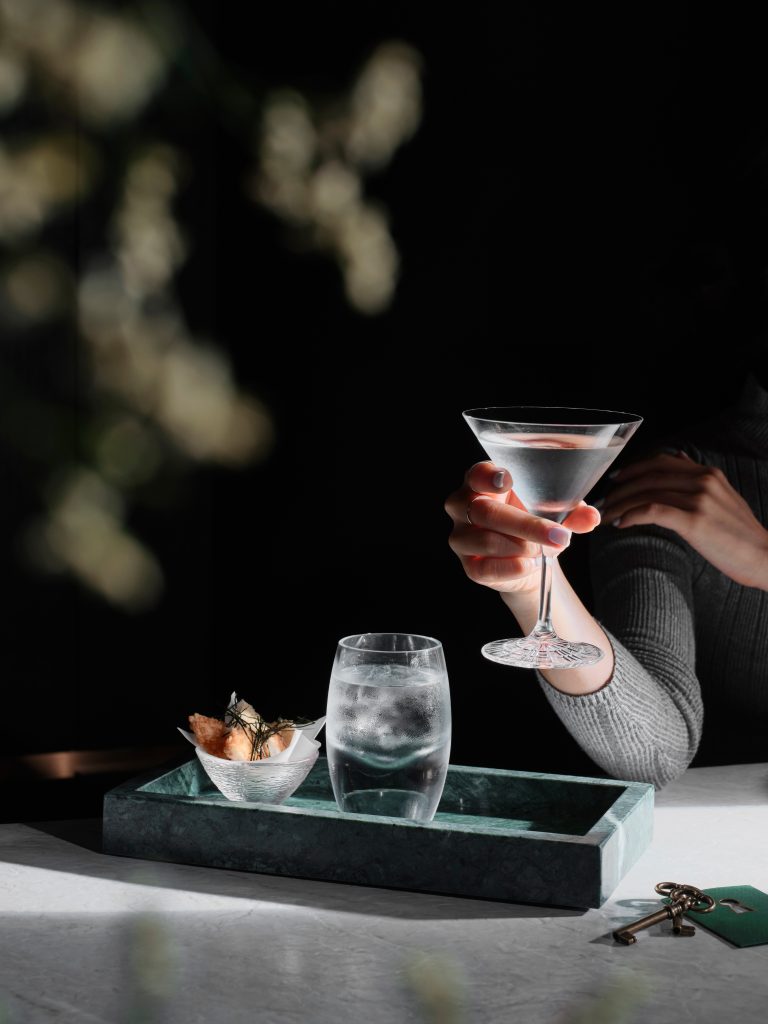 One of those curious speakeasy bars, with a hidden entrance disguised as a guestroom door (bearing the number 309) at The Pottinger boutique hotel in Central, the Deep Sea Martini appears on the cosy upscale bar’s Invisible Cocktails list. By removing most of the pigment in ‘invisible’ cocktails, the bar hopes to encourage more focus on their flavours than appearance. 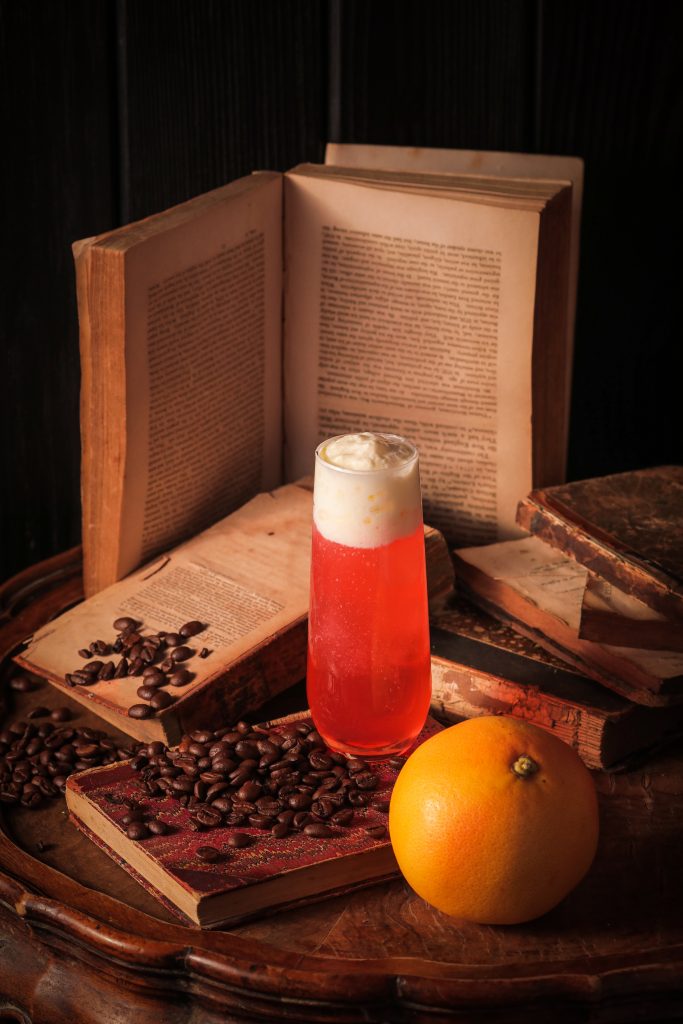 This curiously named cocktail is one of a range inspired not so much by the marine life, but by the tales and real-life times of the late US writer Hunter S. Thompson – whose middle name (Stockton) is where this trendy Soho bar found its moniker.

The Prince Jellyfish is served a highball-style glass, using locally produced N.I.P. gin, absinthe, chamomile, Fernet Hunter (a modern take on Italian bitters), nutmeg and champagne. The team at Stockton dreamed this cocktail up to simulate Thompson as a boy growing up, when he had to navigate through a difficult childhood – punctuated by his father passing away unexpectedly and his mother then succumbing to alcoholism.

The drink also offers an antidote to stress, with a soothing fragrant quality and the calming addition of chamomile.

Fisherman is a homage to Ernest Hemingway, served at The Old Man in Soho. It contains sea buckthorn (a berry), uni (sea urchin) gin, turmeric, lemongrass and citric elements.

The alcohol-free Tropical Storm is served poolside and on the terrace at The Grill outdoors at the Grand Hyatt Hong Kong hotel in Wan Chai.

Captain’s Orders, at the institution that is the Captain’s Bar at Mandarin Oriental Hong Kong.